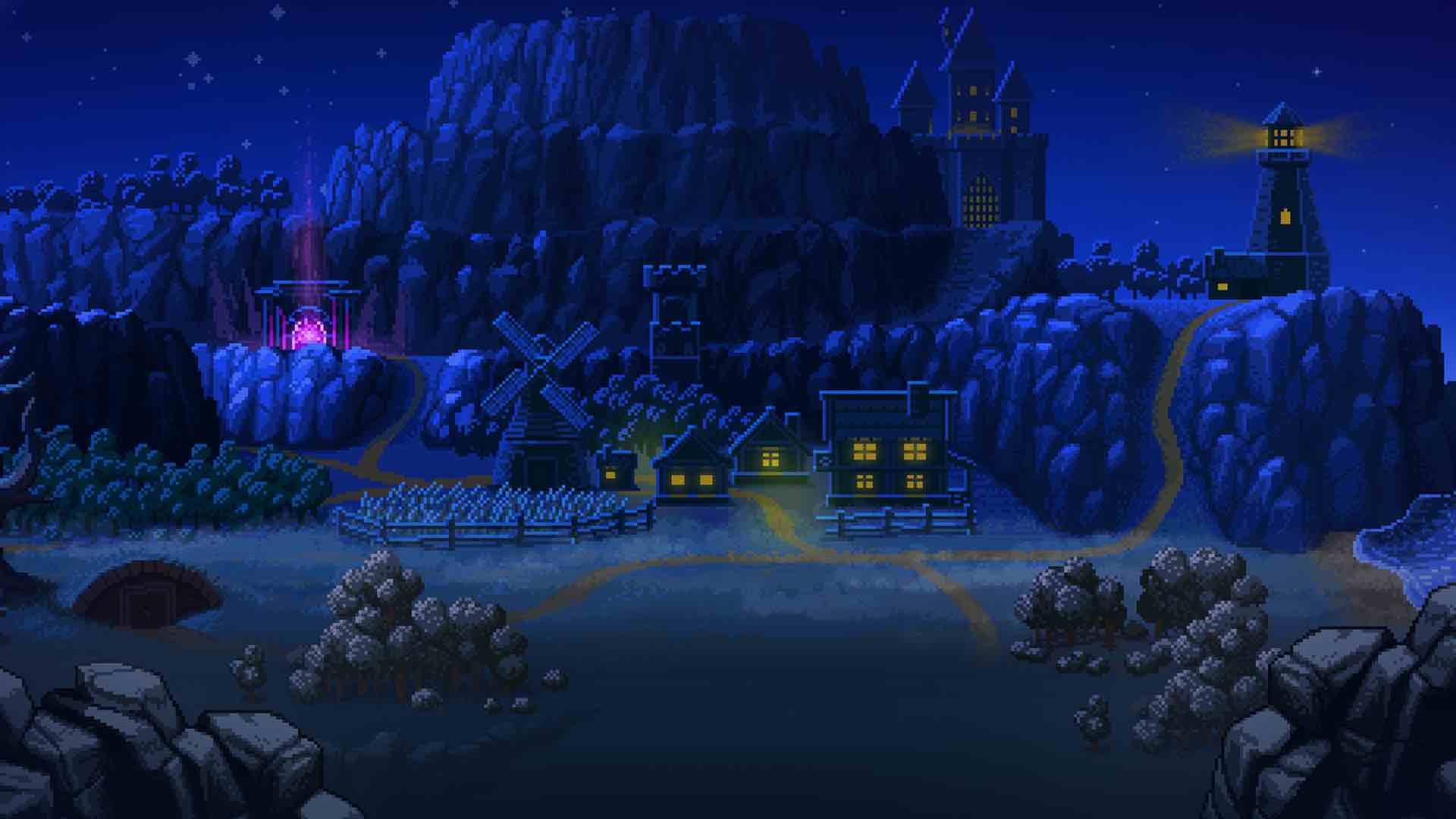 Graveyard Keeper is the self-proclaimed “most inaccurate medieval cemetery management sim of the year,” developed by Lazy Bear Games and released on the 15th of this month on PC and Xbox One. While it clearly doesn’t strive for accuracy in its portrayal of graveyard management, Graveyard Keeper managed to be an adorably grim and addictive, if not slightly off the walls, simulation game. The game has a basic plot but is more or less open-ended, meaning the more you play the more you unlock. Not too dissimilar to titles such as Stardew Valley, Graveyard Keeper is a charming and quirky game that would lend itself very well to fans of simulation games and indie titles. I’m actually kind of surprised the game hasn’t been released on the Switch. Given the similarities with other similar indie games on the Switch, the playstyle of Graveyard Keeper would suit a portable console. The game ran very well on PC and is probably somewhat easier to play with a mouse, for ease of quickness with the cursor.

Graveyard Keeper is briefly set in an ambiguous time period with modern conveniences, such as smartphones and cars before unforeseen events cause you to become the titular Graveyard Keeper in an unknown land. From here, players are tasked with managing their graveyard, a job which involves maintaining the quality of the graves and dealing with fresh bodies which come your way. The plot is mainly conveyed through a series of side quests for several NPCs, all initially with the goal of helping you figure out what the hell is going on. The player character is used heavily in dialogue scenes to get the message across that you’re supposed to be intrigued by the mystery but ultimately clueless. It’s almost as though the game wants you to be as in the dark as possible, something which doesn’t translate well into the first few hours of the game (more on that in a minute). 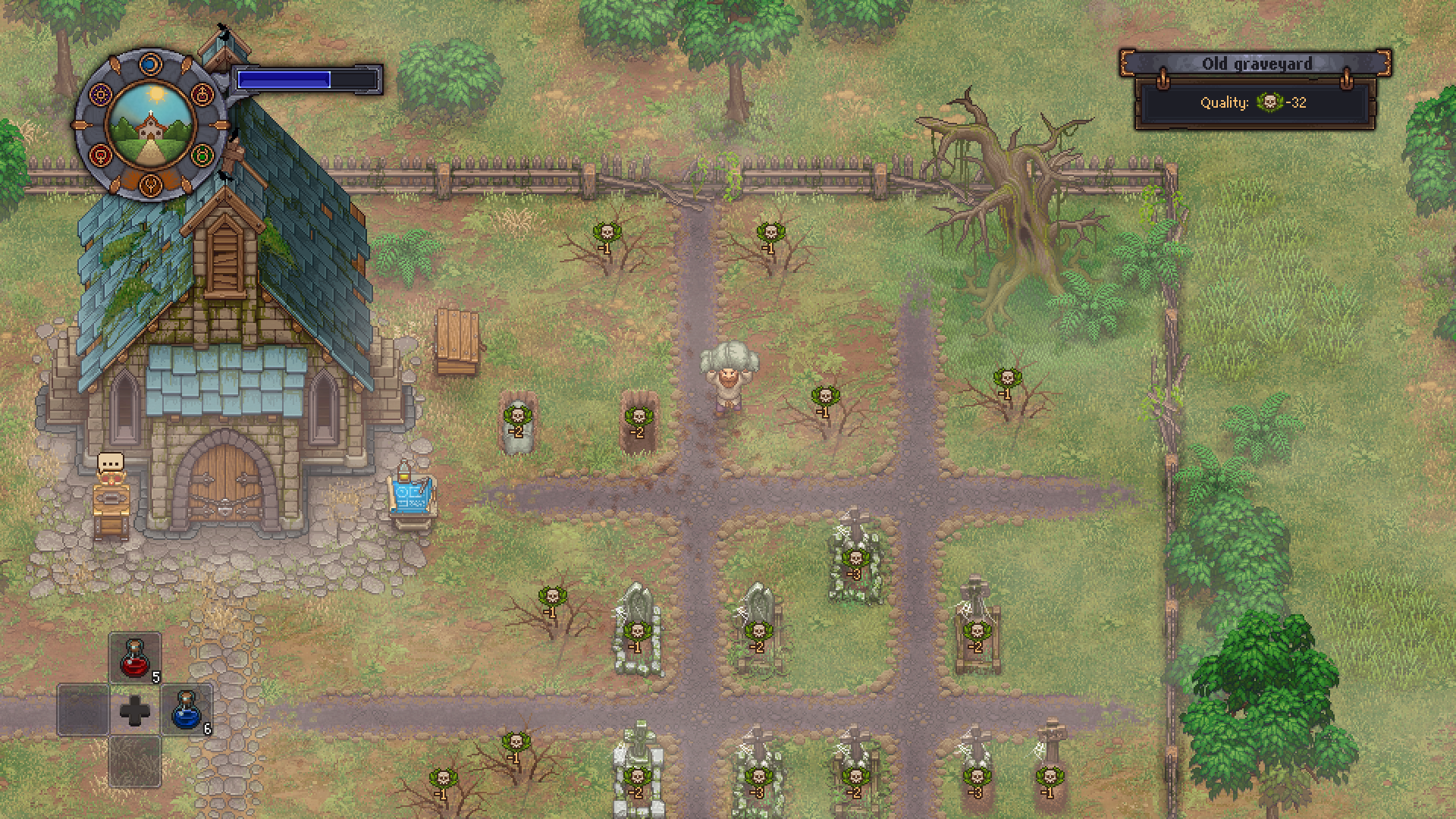 Graveyard Keeper is packed full of ambiguous actions, dodgy characters, and morally questionable decisions. Witch burning, body disposals, and corpse dissections are just some of the ways the game makes you feel like maybe you’re not the good guy after all. It becomes pretty clear that you can take advantage of several unorthodox ways of using all the bodies you have lying around when you realise that each salvageable part of the body has a purpose. You can sell human flesh to the tavern to earn some money, or even cook it and eat it yourself. The game jokes pretty early on about it showing the cruel ways of capitalism, just a part of what makes the game’s dialogue entertaining. I found myself intrigued by the plot and the world building, something which motivated me to finish quests for NPCs to try to get answers.

While the world that Graveyard Keeper created is charming in its own way, sometimes the game mechanics let it down a bit. There are technology trees that need to be unlocked using different coloured gems, items which aren’t explained in the beginning. Progressing with side quests or developing your graveyard is basically impossible without crafting new workstations and gathering materials to create other raw materials or objects. While this initially didn’t bother me, after an hour of playtime I ended up a bit frustrated. The game doesn’t tell you much about how to craft, in fact beyond a tutorial pop up it doesn’t tell you anything. This isn’t necessarily a bad thing, but it does mean that I had to frantically google where to find materials or how to unlock stations so that I could repair my graves. There’s a fine line between hand-holding and helpful early game advice, but it seems as though Graveyard Keeper went way off in the other direction here, opting to leave players to figure everything out themselves. 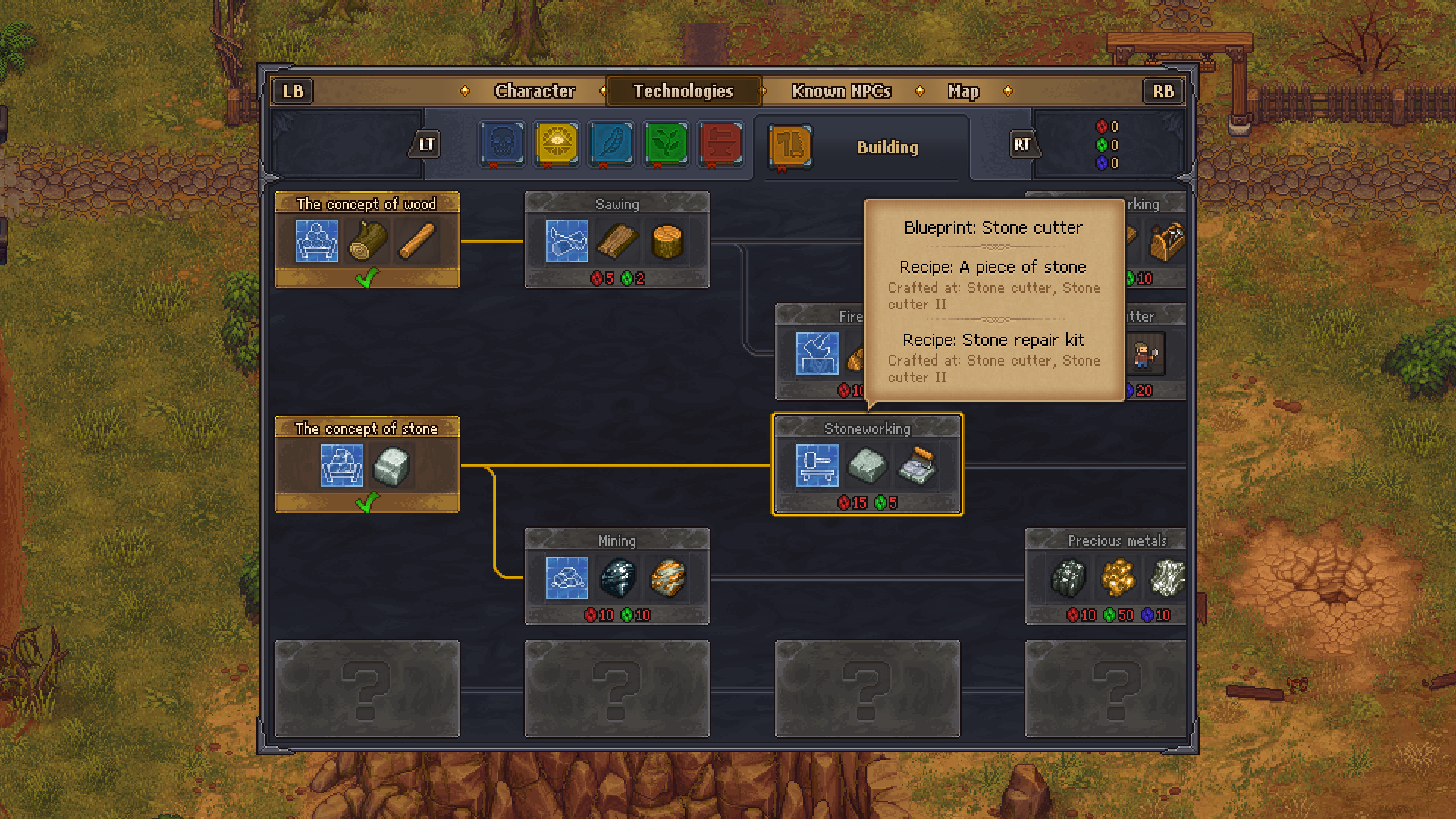 Once you’re able to find out what you’re vaguely meant to be doing, Graveyard Keeper becomes an addictive management sim. I quickly got lost in the grind of hunting down materials and earning gems so that I could unlock the next technology I needed to try to repair my graveyard. Your character has a health and an energy bar, both of which can be replenished through potions, eating suspicious food, or by sleeping. Sleeping doesn’t end the day for your character, meaning you can rest whenever you want to save your progress and get back some energy. Initially, your character will lose most of their energy by doing a few pretty mundane activities. This can later be upgraded though, so it’s no more annoying than the slow start that many similar games have, such as Stardew Valley’s energy bar. You also have friendship meters with NPCs, keeping track of who likes you and who you’ve offended. There are some pretty strange characters in Graveyard Keeper, so it might be best to watch your relationships with them unless you want to be on the receiving end of one of their witch burnings.

Graveyard Keeper has the potential to be a great side-scrolling management game, with the added bonus of its unique setting and quirky plot. While I ended up getting a bit frustrated at times because of the lack of information the game gives you, I was pleased to find many forums online full of people who played the pre-release version of the game struggling with the same things. Minor mechanic choices and the game’s reliance on the persistence of the player to bumble along until they understand how to play the game aside, I really enjoyed playing Graveyard Keeper. I’m not sure it’s the most accessible management sim for those who won’t be willing to grind a lot to advance the basic plot though. Overall, I would thoroughly recommend Graveyard Keeper for its unique premise, soothing music, and downright weird story. It might not be the most accurate medieval cemetery management games, but it sure is a good attempt at one.