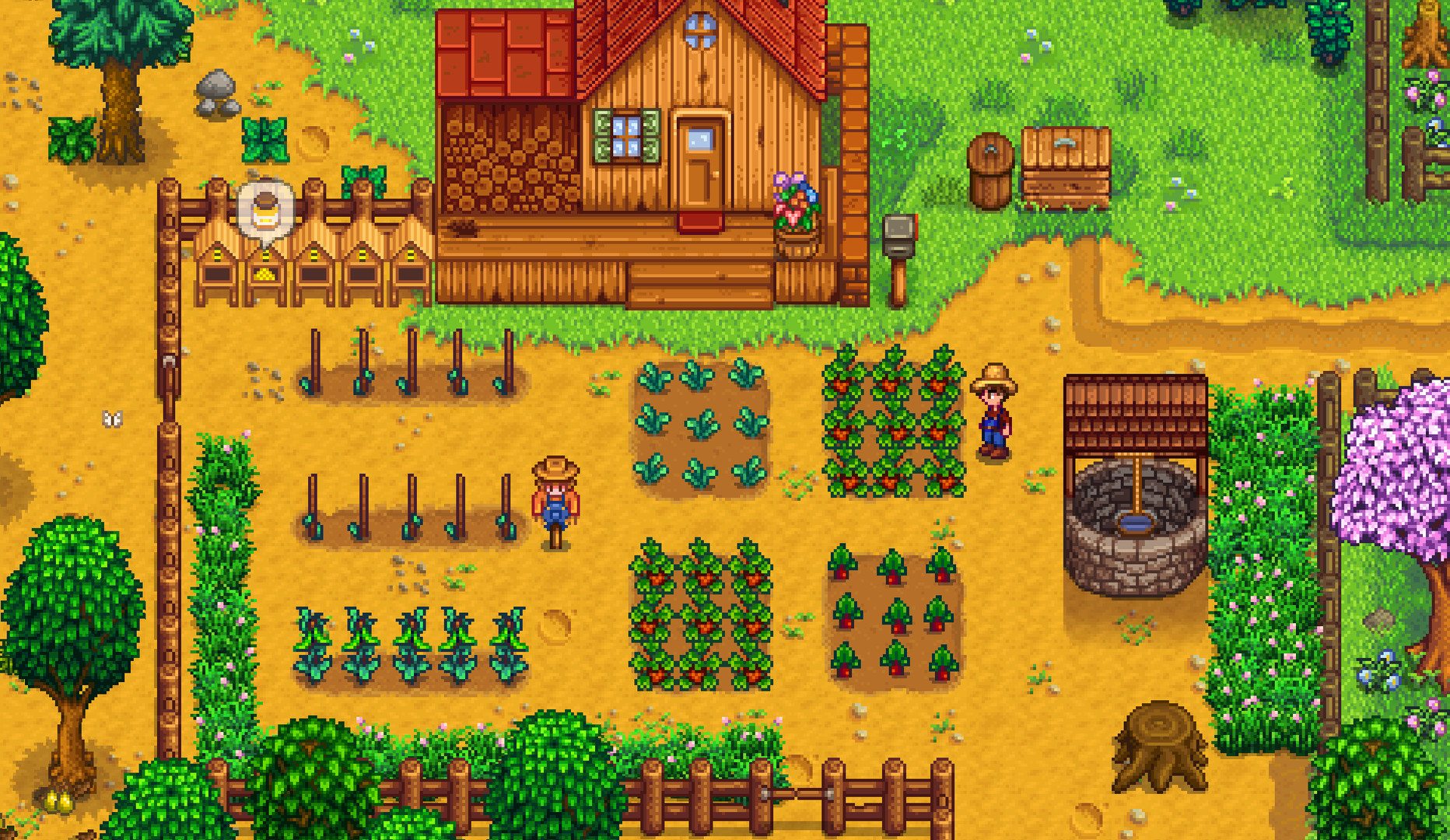 I love my Nintendo Switch — and I love indie gem Stardew Valley just as much — so you can imagine my joy when Chucklefish finally announced a release date for the farming / life sim on Nintendo’s hybrid console. As soon as the file finished downloading, I snapped a quick picture for Instagram (obligatory), sat the tablet in its dock, and founded Pendragon Farm with the ambient, familiar soundtrack already soothing my troubled mind.

Right from the get go I experienced the main difference with the Switch version of Stardew Valley — the controls. The character creation page was a bit finicky to navigate, but once I was in the game, using the Pro Controller became pretty intuitive. You use the trigger buttons to scroll through items in your inventory, A to interact with objects, Y to preform an action, and the left joystick to walk around. The cursor is only visible on menu screens, but if you want to bring out the cursor another time for some reason, you can use the right joystick to do so. It’s unnecessary, however, since your menu and quest log can be opened with the (+) and (-) buttons, respectively.

After playing through a few days on Pendragon Farm planting a small variety of crops, introducing myself to all the locals, and trying to remember those start-of-game tips, my boyfriend kindly asked if he could use the television to watch some Star Wars Rebels. So I grabbed the Switch tablet from the dock, cozied up next to my love on the couch, and kept on playing with the Joy-Cons attached.

One of the biggest benefits to playing Stardew Valley on the Switch is the option of portability. This is the first time the title has been playable on a portable console, and it’s long overdue. Stardew is a game I can get lost in for hours, but it’s also great for playing through a day or two while waiting at the doctor’s office or sipping on a latte at a calm coffee shop. The Switch makes changing between television play and portable mode incredibly simple, and of course you want to take your farm with you everywhere. Just in case you have time.

I’ve heard some people say the fishing mechanics in the game are easier on consoles than PC, but I’m having just as much trouble as ever reeling in those bouncy fish. Instead of using a mouse, you click the Y button to keep the green bar lined up with the moving fish icon until it’s caught. So I still don’t enjoy fishing too much in this version, but Stardew offers so many other activities and features that I enjoy, I often forget fishing is even an option.

The visuals of Stardew Valley look exactly the same on the Switch as on PC. This is a true port, as the graphics have not been enhanced or changed in any way. Part of me wanted to see a little more polish or variation in some color schemes with the new version of the game, but I can’t be upset about ConcernedApe’s wonderful pixel art on both my television screen and Switch tablet. It still looks great.

Having played Stardew Valley on PC with a plethora of mods installed for some time now, I was a little worried the “vanilla” version of the game might bore me, but this heartwarming creation has me just as engaged as ever. It still has so much content that evolves and expands at just the right pace, I really don’t care if I can’t recolor the map or make my dog a pug or access my storage anywhere on the map. (Okay, I do get a little annoyed with having to go aaaall the way back to my farm to get something I forgot out of a chest. But that’s more on my memory than anything else.)

Stardew Valley is one of those games I think everyone should play, and the farming simulator / RPG is available to even more people now that it has released on the Nintendo Switch eShop. The user interface isn’t perfectly suited for console controls, but the few faults are easy to ignore when you’re enveloped in such a pleasant gaming experience. Whether you’ve already put hours into the game on another platform or are curious to check it out, the Switch is the perfect place to shed the burdens of the modern world and start your new life in the fantastic, whimsical creation that is Stardew Valley.