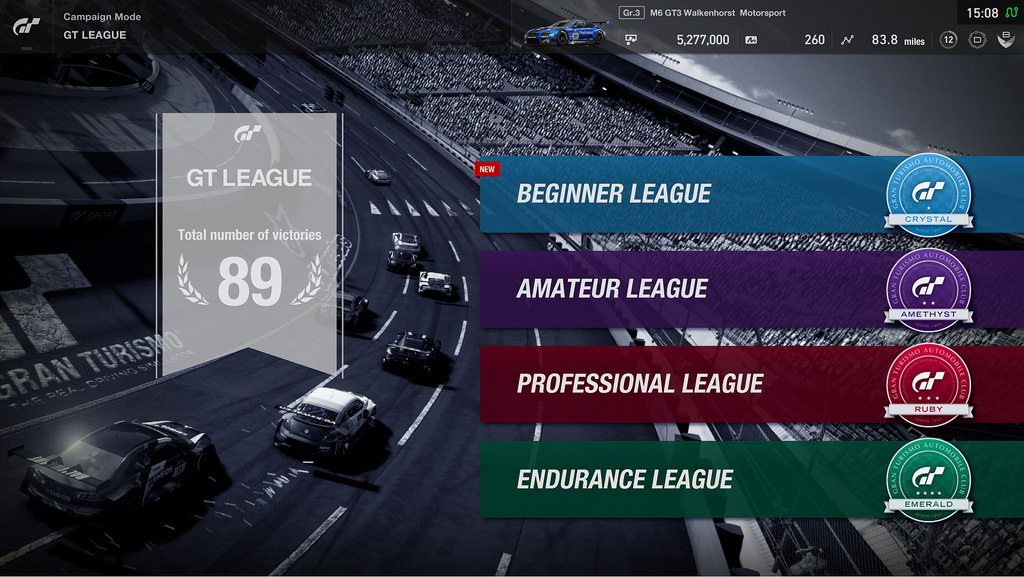 Critics of the original release pointed out a heavier emphasis on online play than ever before. The series had been known for its deep single player, and this update is getting GT Sport closer to the high standards held by fans.

1. Campaign Mode
– ‘GT League’ has been added. This is a mode in which you can challenge a variety of races using cars from your garage. (For every league, there is a prerequisite Driver Level required to enter.)

3. Tracks
– A new layout, the “Kyoto Driving Park Yamagiwa + Miyabi” has been added.

4. Scapes
– A new ”Season’s Greetings” group has been added to the Top Screen. This includes the addition of new photo spots.

9. Controller
– The DUALSHOCK4 motion sensor steering sensitivity has been adjusted so that steering requires less inclination.

11. Sound
– Tyres screeching sounds have been adjusted;
– The sound balance of the Chaparral Chevrolet Chaparral 2X Vision Gran Turismo has been adjusted.

12. Additional Language
– Thai language support has been added to the Asian version.

Other Improvements and Adjustments
– Various other issues have been addressed.

The update is available now.