The surprise PS4 port of the mobile/PC version of Final Fantasy IX has topped the Japanese PSN charts for September, despite being released late in the month (sept 29th).

FFIX on PS4 is hardly a surprise, as FFVII received the same port, albeit with much more warning. The release of IX however, came with little warning. Why would Square not hype up one of their most beloved titles from a nostalgic era? Perhaps the element of surprise is a marketing tactic in of itself, but at this point it’s impossible to state anything other than speculation. 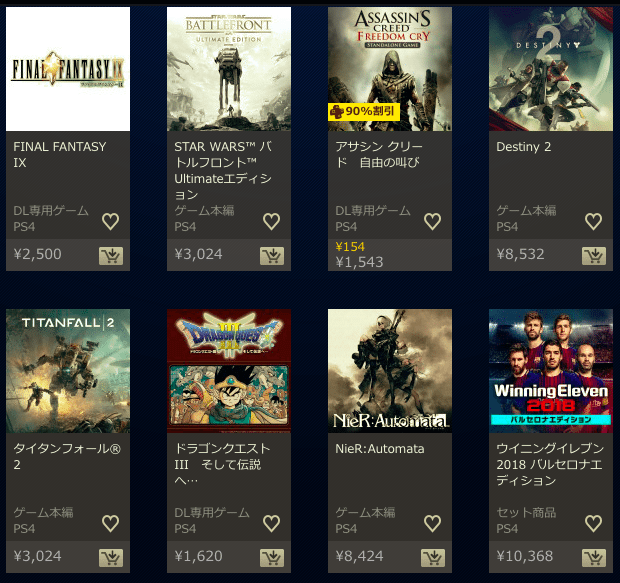 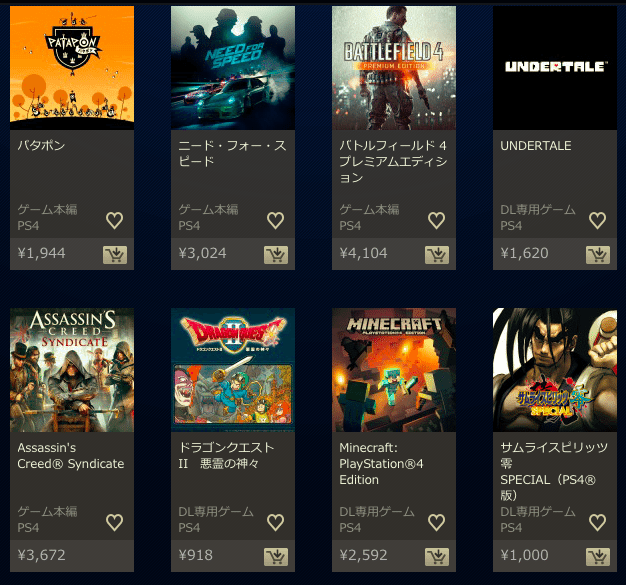 Impressively storming to the top with not even half a month of sales. Final Fantasy has always been popular in Japan since it saved Square back in 1987. IX comes from the nostalgic PS1 era and doubles-down on nostalgia with its throwbacks to the previous entries in the series.

Must have been a massive sale as EA and DICE squeeze the last bit of profit before the sequel hits this Fall.

A 90% sale from one of the biggest franchises in gaming is a sure-fire way to rocket up the charts.

One of 2017’s biggest releases is holding strong in Japan. Carving out a top 4 spot after a Sept. 6 release date.

Another game that’s often heavily discounted. If you feel COD hasn’t been the same since MW2, it’s because the MW2 team left and formed Respawn, the creators of Titanfall 1 and 2.

DQ is serious business in Japan. The re-release launched back in August, but it’s no surprise to see it holding strong.

With the amount of critical acclaim it’s received outside of Japan, it’s no surprise to see how well Japan has taken to their local fav.

Footie is the world’s game, and the release month of annual sports games is always big business.

Japan loves mobile gaming and Patapon is a PSP legend. This port is similar to FFIX, being released Sept 21.

I’m surprised the brand has kept on trucking (car-ing?). This version is over a year old at this point. Their must have been massive sales or perhaps I underestimate how powerful NFS is in the Far East.

It’s currently listed at 4,104 Yen ($36 USD) but it’s another title constantly on sale as EA entices players to buy the base game at discount while spending full-price on DLC.

The indie smash finally hit PS4 this summer and appears to have not been lost in translation.

Another Ass. Creed in the top 20! Just wait until the series is set in Japan…

No surprise here. I should really play a DQ game…

No surprise here. I’m perfectly fine not playing a Minecraft port. Because I’m an out-of-touch old man that would rather triple-jump in Mario 64 than build a minecraft version of a playable N64 emulator.

Beats out Marvel vs Capcom for most-downloaded fighter in the top 20. Helps that it’s only 1,000 yen (less than $10USD)

Rockstar making more money than current rockstars, and maybe even more than the pre-internet ones!

#18 in downloads, but #1 for being the most Japanese sounding and looking. A mouthful title, based on anime, and featuring sci-fi robots!

Japan finally won and their version of the name took over in North America from Hot Shots. I was very excited for the PS4 version, but after seeing the excellent story in Golf Story, I’m left jealous that Everybody’s Golf didn’t take a similar route.

Also released late in September, this is a relatively weak position for a heralded franchise. Of course, this felt like an unpredictable point in the franchise as they transition away from roster stalwarts like Wolverine and move the focus to MCU characters (that are nothing like their silver-screen portrayals).

There you have it. Even without hype or a full month of sales, FF IX is still a monster in Japan. One they can call on to fight Mothra if Godzilla is busy (Godzilla cross-over as summons please!).