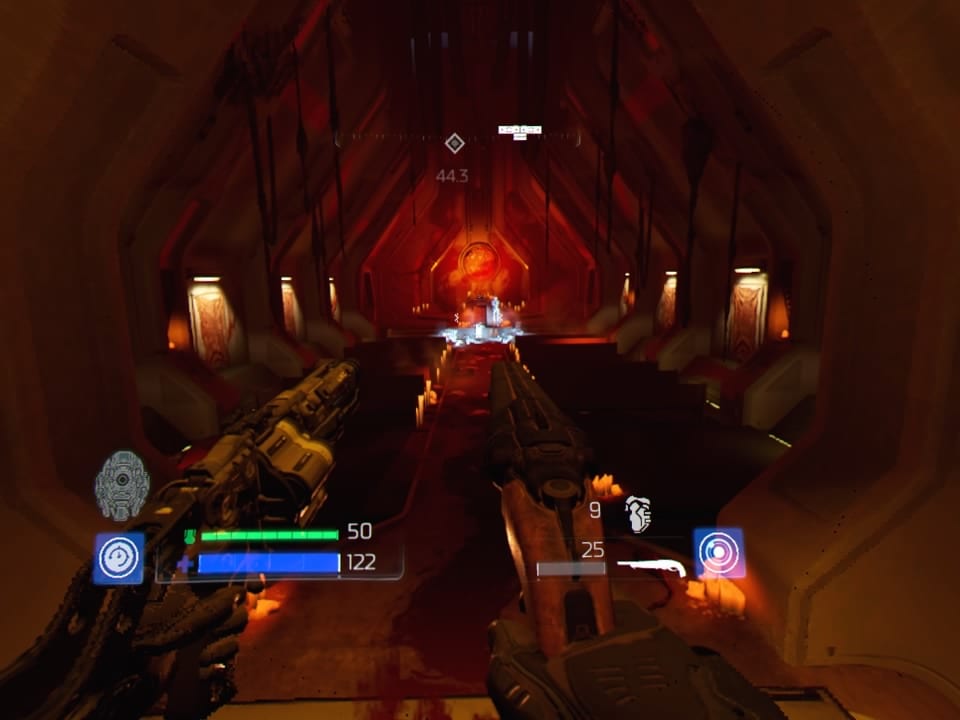 Over the past few years, we’ve seen the reinvention of several classic first person shooters. This year we got a new Wolfenstein game in the form of the excellent Wolfenstein: The New Colossus, and just two years ago, a fresh version of the infamous DOOM. DOOM (2016) managed to nail the classic themes and tone of the original, all while giving us an adrenaline-filled ride through Hell. Now, tearing through demons in the depths of Hell can be experienced in immersive virtual reality, thanks to DOOM VFR. If DOOM (2016) was any indicator, we should be in for a treat. Let’s see just how well the fast paced action holds up in virtual reality. 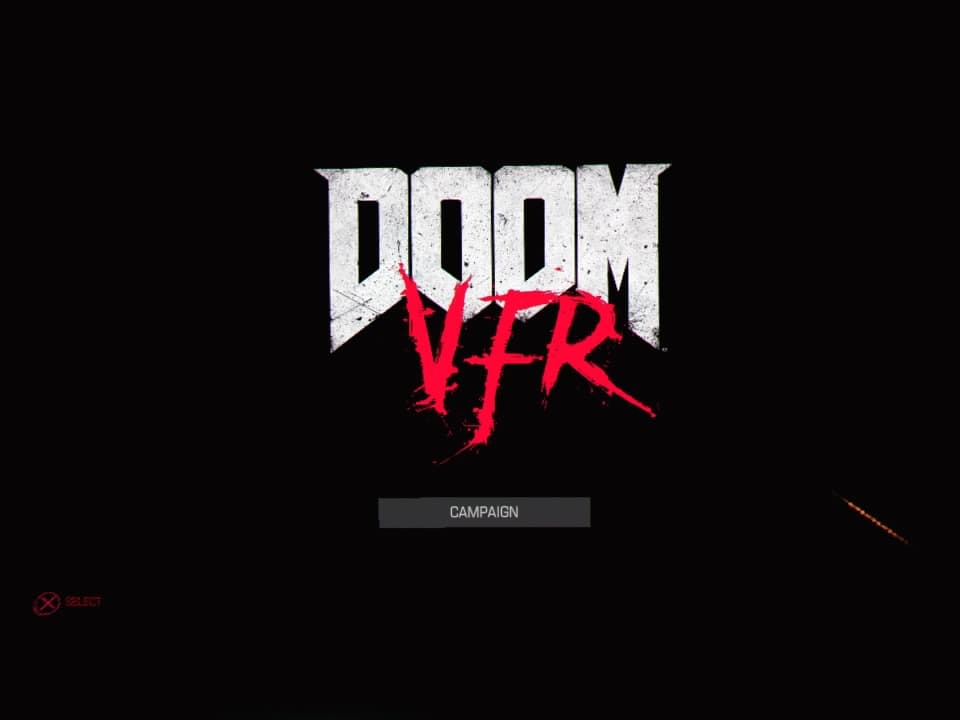 Unlike the recently released Skyrim VR, DOOM VFR is a completely new game, based in the world of DOOM (2016). You aren’t playing the old game in virtual reality; you’re playing a brand new side story made specifically for VR. Taking place before the events of DOOM (2016), you play as an artificial intelligence stationed on a Mars-based research facility. Quickly realizing that something has gone wrong, the AI hops into a combat chassis, setting out to fix the problem. Using the firepower that the chassis provides, you’ll explore the demon infested laboratory that you awoke in. Using teleportation technology, you set out on various missions, all with the hope of preventing a complete demonic overtaking.

I’ll be honest, the setup is really the only thing I remember. Along the way, you’ll run into some recognizable characters from DOOM (2016), as DOOM VFR attempts to bridge the gap between the two games. Unfortunately, most of the story is contained to a voice over, with your character spouting off theories and revelations to himself. Besides the handful of interactive cutscenes and story events, most of the narrative is lost. It’s not that I didn’t want to listen or pay attention, it’s just hard to discern the sounds of grumbling voice over from the screams of exploding demons. Like DOOM (2016), there’s a narrative to follow, but the real story being told is that of glorious violence and mayhem. 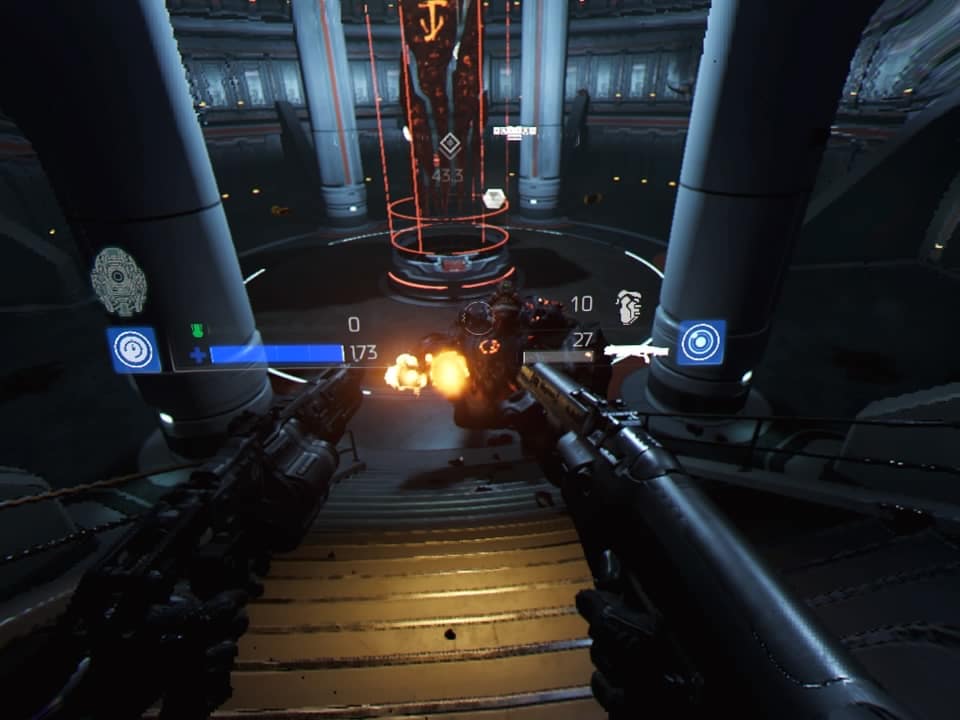 DOOM VFR plays in a very similar fashion to DOOM (2016). The game contains the exact same guns, upgrades, and power ups that DOOM (2016) did, which made it easy to fall back into the breakneck speed of the gameplay. Unfortunately, this also means that there are no surprises in terms of arsenal. You unlock weapons over the course of the game, but it rarely feels important when you find a new gun. Instead, you’ll quickly fill out your weapon wheel, find a favorite, and stick to it. Gunplay is simple and easy to learn, with one hand dedicated to grenades and the other one a weapon of your choosing. Occasional mini-games accent the experience, but for the most part, it’s the same DOOM action you’ve come to expect. 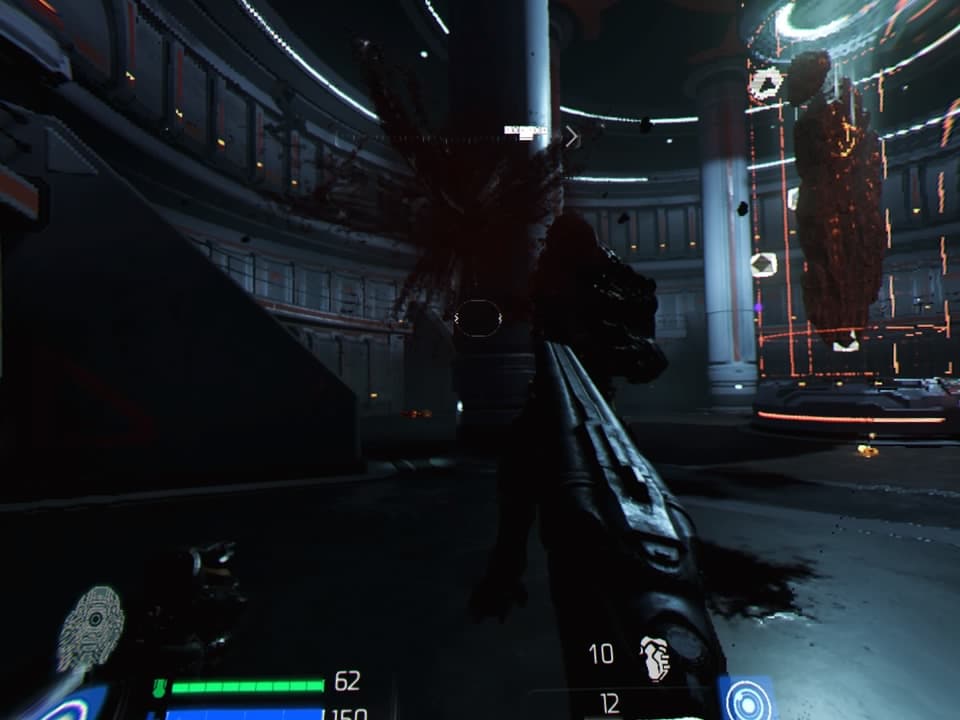 I was unsure of how well the speed of DOOM’s (2016) gameplay would transfer over to virual reality. If there’s one thing that defines the tone of the game, it’s speed. I was worried that the velocity and feeling of movement would be cut down in an attempt to make the experience more comfortable. Quick movements are a surefire way to cause discomfort in virtual reality, so I feared that the overall speed may be sacrificed. This was unwarranted, as DOOM VFR turned out to be just as quick, if not faster, than the original. After figuring out my preferred control scheme, I was quickly flying around levels, blasting demons in the blink of an eye. DOOM VFR‘s quickness is something you’ll have to get used to, but once you get comfortable, it’s a wild rollercoaster. Just like a rollercoaster, I recommend playing the game sitting down instead of standing up. While this is a preference, I found myself getting turned around too often, as the game doesn’t indicate in any way which direction is forward-facing. I would have to take off my headset time and time again just to make sure I wasn’t going to run into a wall. Sitting down made that a null issue, and the experience was much better for it.

Two Steps Forward and One Step Back

While I fully recommend taking a seat during gameplay, I don’t exactly have a definitive recommendation on controls. Like Skyrim VR, DOOM VFR offers multiple control options, all of which add and detract from the experience in different ways. You can play with two Playstation Move controllers, a Dualshock 4, or the Playstation Aim. I was able to try out two of the three, as I don’t currently have an Aim controller (nor do I think it’s completely worth it at this point). The move controllers are the most fun to shoot with, but the locomotion options are annoying. You can teleport quickly with the left Move controller, which works well. Unfortunately, quickly turning is a constant issue, and the 180 degree snap turn does little to help. At the time of writing, the Move controllers do not offer fluid movement. Instead, each face button dashes you in a specific direction. These are mapped awkwardly, and never felt intuitive to use. 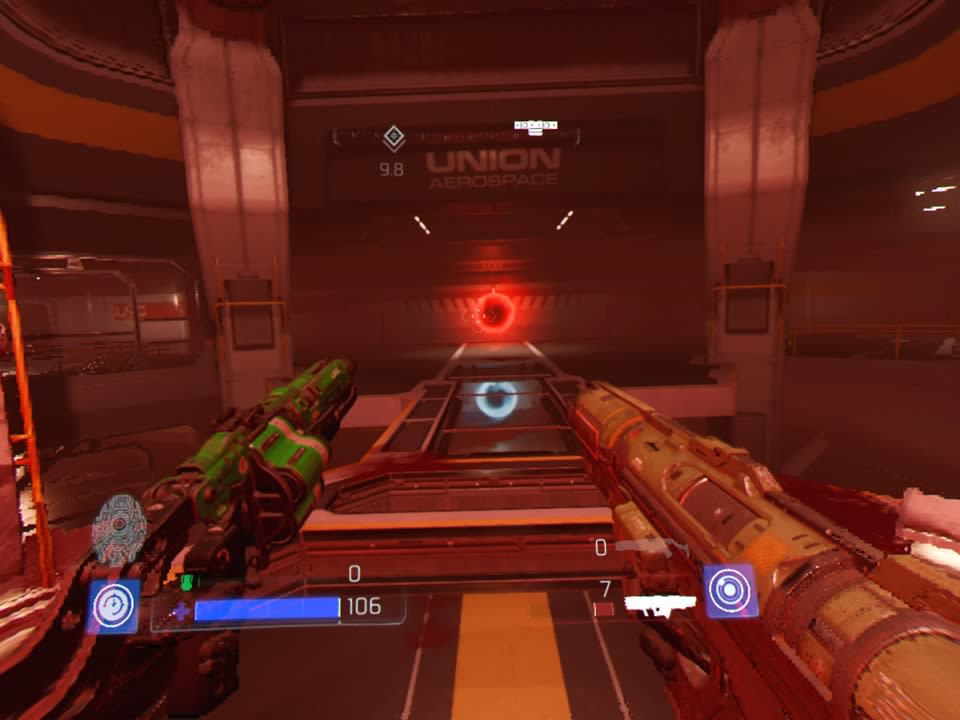 After just a few levels, I switched over the standard Dualshock 4. Using the Dualshock 4 feels natural, and besides using your head movements to aim, felt just like DOOM (2016). Unfortunately, this means that the guns stay in a static position, jutting out from your neck area and usually obstructing your view. However, the ability to smoothly move through my environment with the analog sticks made it an obvious go-to choice.

DOOM VFR is a surprisingly good looking game, especially when compared to something like Skyrim VR. Although the game can still be a bit blurry at times, the texture quality and atmosphere are absolutely great. Despite its locations and enemy choices, DOOM VFR rarely attempts to scare or frighten the player, instead letting them feel like a total badass. Weakened enemies can be teleported into, causing them to explode into bloody chunks and expel health and ammo pickups. When combat gets going, the excellent soundtrack from DOOM (2016) rises to crescendo, only adding to the excitement. Unfortunately, there’s only a handful of tracks in the game, and I quickly wished for a bigger variety in music.

The game doesn’t last too long, running about 2 – 3 hours over the course of 8 levels. Each level has three challenges to complete, along with upgrades and secrets to discover. This gives levels a small amount of replayability, but by the time credit rolled, I had little want to return. DOOM VFR is an exciting and entertaining experience, but not one that I see myself playing more than once or twice. 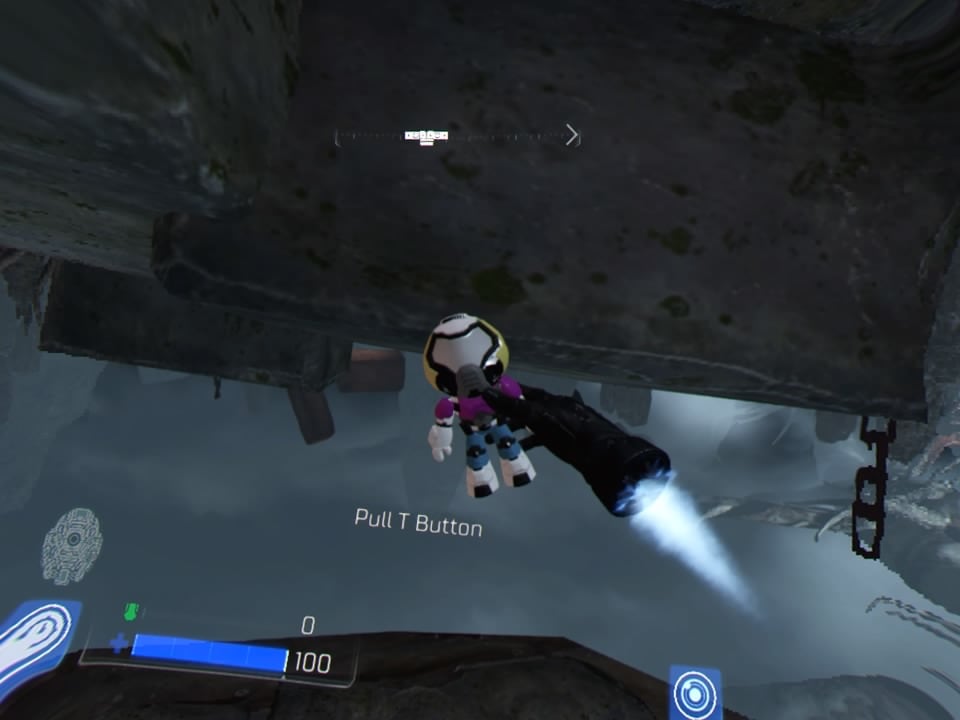 My favorite part of the game stems from collecting hidden Doomguy collectibles; small plush space marines that you’ll find hidden throughout each level. Just like DOOM (2016), collecting these cute toys unlocks a level from either the original DOOM or DOOM II. This time, the classic levels can be played completely in VR, an experience I wasn’t quite ready for. These levels blend classic DOOM environments with the modern enemies and guns of DOOM (2016). Since the original DOOM made up a lot of my childhood, traveling through the labryinthian halls in VR was a nostalgic treat; one that made the entire experience worth it.

The Bottom Line on DOOM VFR

As a spin off to DOOM (2016), DOOM VFR succeeds. As a first person shooter completely played in VR, DOOM VFR makes some pretty big leaps, but stumbles along the way. Considering the length of the main game and the amount of unlockables, the $30 price tag is a nice fit. You can expect to blast through demons and have a bloody good time, all while rocking out to an insanely good soundtrack. Unfortunately, the game isn’t without its flaws.

Out of the three control schemes provided, none of them felt completely satisfactory. You’ll either have to sacrifice immersion or precision, both of which are important in the virtual reality experience. On top of that, the game is quick brief, and replayability is low. The inclusion of classic DOOM maps is a welcome treat, and by far the best portion of the experience. Even this isn’t perfect though, as completing classic DOOM stages throws you all the way back to the title screen. 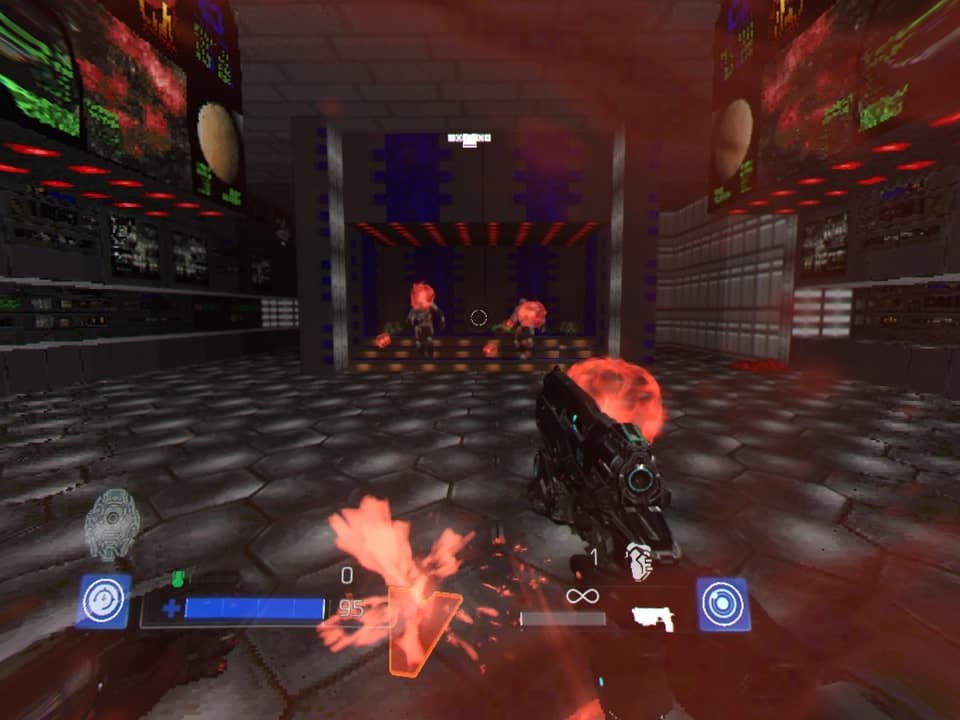 DOOM VFR isn’t exactly what I was hoping for, but it’s a good time nonetheless. When I wasn’t fighting the lackluster control options or trying to figure out my preference, the combat and movement was fun and enjoyable. The amount of replayability in DOOM VFR will ultimately rely on the player, but at the very least, you can expect a handful of hours of enjoyment. If you’re looking for a fast-paced shooter in VR, DOOM VFR is one of your best options, but it’s not without its issues.