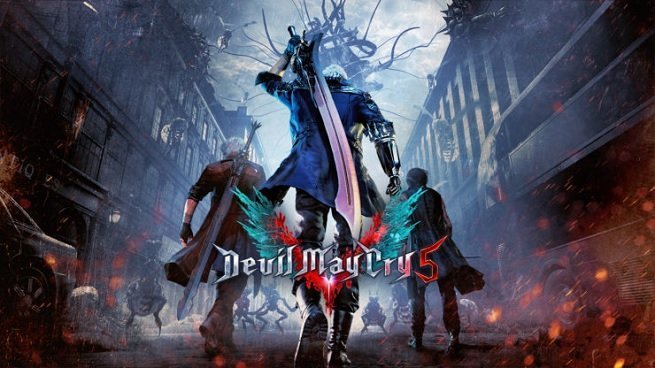 If you’re an Xbox One owner, you can play Devil May Cry 5 right now! Last night during The Game Awards it was revealed that an exclusive Devil May Cry 5 demo would be arriving soon on Xbox Live, and “soon” means now. You’ll find it waiting for you on the Games Store. We also got a brand new Devil May Cry 5 trailer last night, which you can check out right here:

This is our first look at raw DMC 5 gameplay, and it’s looking really, really good. In the trailer above we see all three playable characters in action, and Devil May Cry looking more stylish and over-the-top than ever before. Old-school fans of the series will be happy to see that Dante is back. A fresh story and new mechanics mean there’s novelty here for everyone, though.

We mentioned three playable characters who were showcased in the new trailer. You may be familiar with Dante and Nero, but we’re also introduced to a new character called “V.” V’s true potential and true motives are still a mystery to us, but Capcom has revealed that he fights by summoning three separate demons to come to his aid. These demons, according to the official press release, are:

Playing as V, you’ll get to watch with glee as your demonic familiars rip your foes to shreds, and then you can sweep in to finish them off with spectacular cane attacks. It looks incredibly slick.

Devil May Cry 5 will launch on Xbox One, PlayStation 4, and PC on March 8. Check out the demo today on Xbox, and let us know what you think!