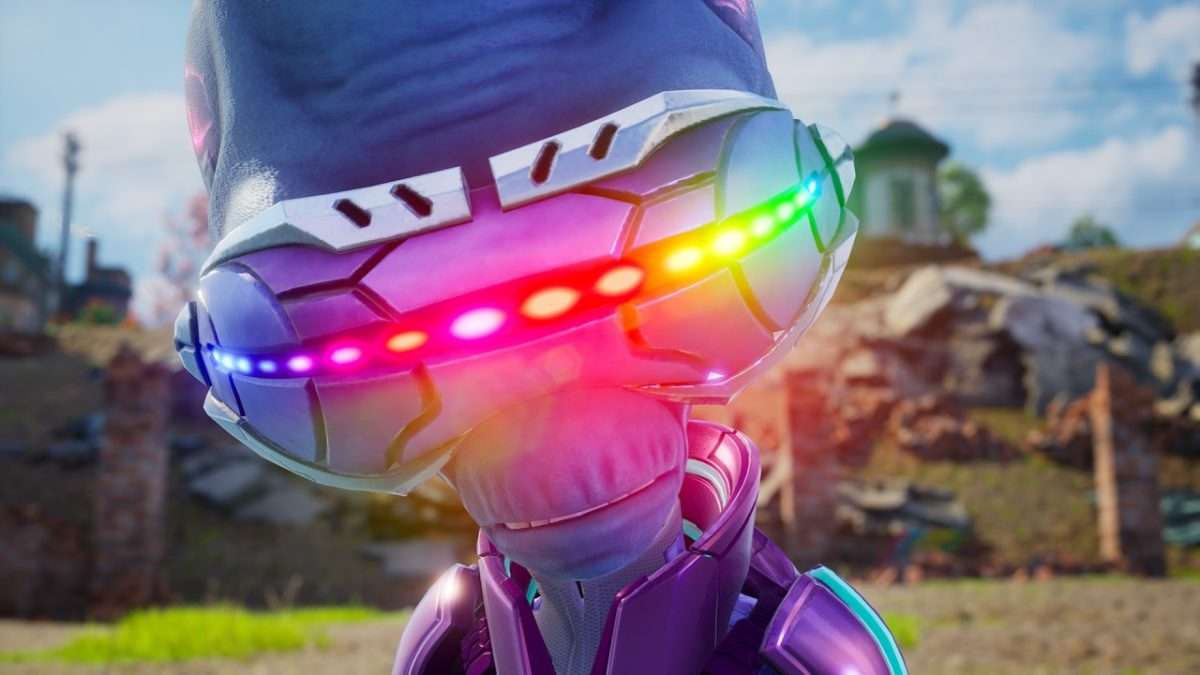 Destroy All Humans! 2 was an enjoyable romp when it was released in 2006, but does this third-person sci-fi sequel still hold up 16 years later? After the positive reception of their remake of the original Destroy All Humans, developer Black Forest Games is hoping that the sequel hits just as sweetly. With a handful of new weapons and features, Destroy All Humans! 2: Reprobed promises yet another wacky adventure starring the perpetually irritated extraterrestrial protagonist, Crypto. Let’s see if this mid-2000s action-adventure is still worth playing now that it’s received a modern facelift.

Jumping forward a full decade since Crypto’s last adventure, Destroy All Humans! 2: Reprobed is set in 1969, with Crypto enjoying his stint as the President of the United States. When the Russian KGB learn that a new clone of Crypto is in charge, created with a new set of alien genitalia, they launch an attack on the United States. After destroying Crypto’s mothership, the KGB descend on Bay City (essentially San Francisco), where our interstellar hero must repel their efforts to take over the country.

Crypto’s mission to defeat the KGB is spread out across multiple countries, sending players to five locations located around the globe. After saving the hippie-infested Bay City, Crypto hops to London, Japan, and even the frigid expanse of Siberia. Along the way, he meets a few new allies, including the scantily clad turncoat KGB agent Natalya. Together, they prepare to defeat the KGB the only way Crypto knows how – with overwhelming destructive force.

Make no mistake about it, the story in Destroy All Humans! 2: Reprobed is exceptionally ridiculous and a bit stupid, but that’s kind of the point. The narrative is a simple way to shuttle Crypto from one major city to the next, providing some mid-2000s comedy along the way. While the majority of the voice-acting is great and many of the jokes are still chuckle-worthy, there’s an equal amount of juvenile sex jokes and mildly offensive foreign accents. If anything, this sequel doubles down on sex jokes, which is either a hit or miss depending on your sense of humor. While there’s nothing wildly offensive about Destroy All Humans! 2, a good chunk of it feels like lazy writing, backed up by jokes that you used to tell in elementary school.

While the story leaves a bit to be desired, there’s something to be said about the simplistic yet engrossing game design of the PS2/Xbox/GameCube era. This third-person shooter and platforming adventure contains straightforward mission objectives set in semi-open world levels, with a handful of side missions and a pile of collectibles for additional content. There’s not much storytelling in main missions – you’ll usually travel to a location, destroy NPCs and their belongings, and generally cause chaos along the way.

You can complete bonus objectives to earn extra resources or engage in a handful of odd jobs for quick fun. There are four types of collectibles to find as well, which unlock concept art, new songs from the soundtrack, and more. It’s the kind of “turn off your brain and just have fun” gameplay that dominated the industry over a decade ago, but in my opinion, it still works. Unfortunately, that means you’ll have to endure a handful of escort missions, which are never much fun.

There are a handful of exciting new weapons perfect for tormenting civilians and enemies alike, including the psychedelic free-love gun, the gravity-mashing Dislocator, and the remarkably cool Meteor Strike weapon. Mobility has also been improved, as Crypto can briskly traverse levels with his hoverboard or reach monumental heights with his jetpack. Other features like mission modifiers, an improved mini-map, and the inclusion of local co-op further sell the package.

The Next Generation of Weaponry

After completing some missions or collecting some green Furotech cells littered around the levels, you can upgrade your arsenal by visiting Crypto’s flying saucer. When you’re not flying around and laying waste to your surroundings, you can also suck up NPCs to upgrade your non-weapon abilities via the Gene Blender upgrade system. Both systems are enjoyable and offer some enjoyable progression as you travel from level to level, growing more powerful and thereby destructive with each passing mission. It’s a satisfying gameplay loop that encourages you to hunt down collectibles and spend extra time exploring each level, as new upgrades promise powerful changes that make some weapons much more exciting to use.

It’s also hard not to praise Black Forest Games’ work on the graphics, which are remarkably clean and vibrant. Increased draw distance makes maps feel much larger than ever before, while improved lighting and texture work further cement the attention to detail. Every building in the game is also fully destructible (though they respawn once you reload the level), leading to some spectacular displays of destruction.

Unfortunately, the technical performance of Destroy All Humans! 2: Reprobed is all over the place. While the game looks good and runs well (with only a few framerate drops and some texture pop-in), it is absolutely packed with bugs and glitches. Graphical glitches run the gamut, including floating cars, t-posing NPCs, and much more.

Worse yet, some bugs can affect gameplay and prevent mission progress, requiring checkpoint reloads and more. One bug prevented me from traveling to other levels, essentially soft-locking my saved game and forcing me to replay the entire first area. With no manual save system to help prevent these situations, I spent a good chunk of my playthrough worried that a game-breaking bug would occur again.

The Bottom Line on Destroy All Humans! 2: Reprobed

If you played the 2020 remake of Destroy All Humans!, you should have a good idea of what Reprobed is like. It’s simple in design yet excessive in practice, with some great graphics and enjoyable gameplay. That said, it’s still a late-PS2-era game, with a mediocre plot, lackluster character development, and minimal innovation. Some balancing changes and mobility improvements make the game feel joyous to play, but prevalent bugs and glitches consistently hamper the fun.

When compared to the first game, Destroy All Humans! 2: Reprobed doubles down on its irreverent humor and explosive gameplay to mixed results, but it’s still really fun. The absence of challenge missions and light stealth gameplay might annoy players who really enjoyed these elements in the first game, but I didn’t mind the change. Apart from some demeaning jokes and annoying glitches, Destroy All Humans! 2: Reprobed is a fun remake that fans will enjoy, providing around 12 – 15 hours of gameplay at a mid-tier price.

Note: This game was reviewed on an Xbox Series X with a code provided by the publisher.