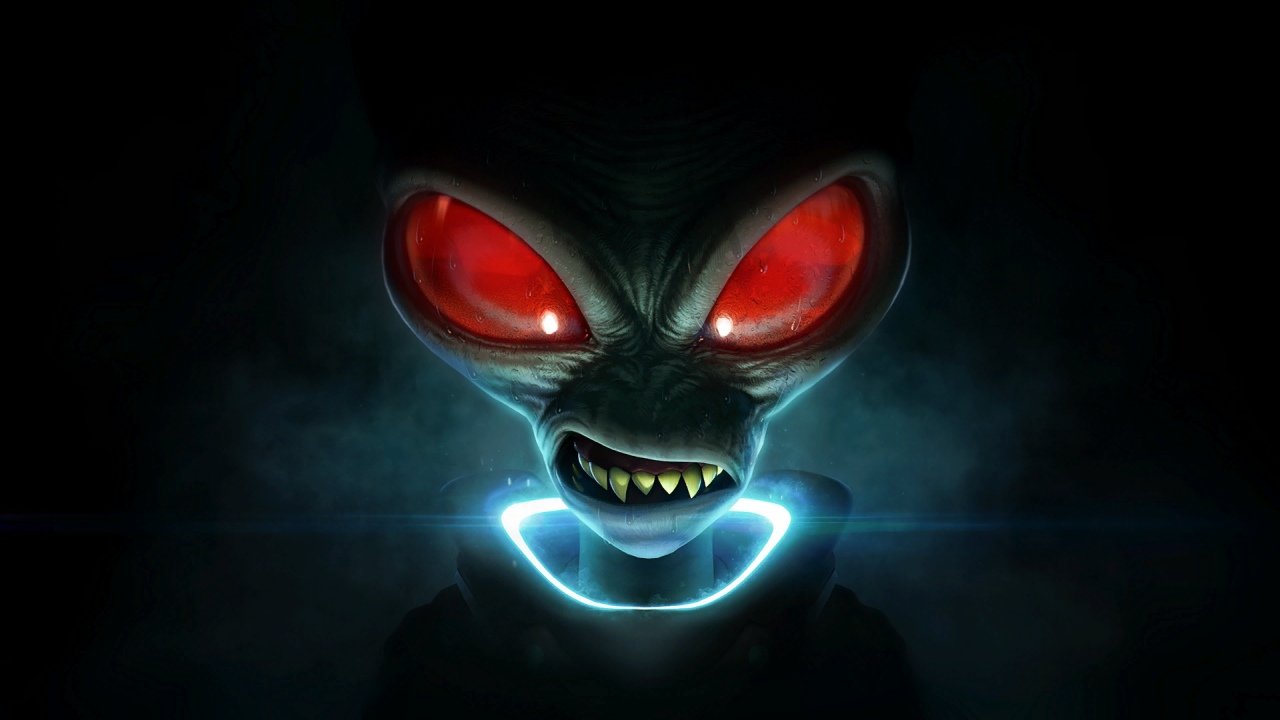 Destroy All Humans is a remake of the explosive action game from 2005, which was originally released on the PlayStation 2 and Xbox. Riffing on the early-era of alien invasion flicks spurred on by a communism-hating, Cold War-era American culture, Destroy All Humans is full of snarky humor. Like the title would imply, mayhem is the name of the game in Destroy All Humans, but vaporizing inferior humans isn’t the only thing you’ll do. Playing as Crypto-137, a clone-soldier from a race of aliens known as the Furon, you’ll both infiltrate and destroy various human cities around the United States.

With a surplus of oddly topical political humor, wickedly funny one-liners, and wacky mission objectives, there’s no shortage of oddball content in Destroy All Humans. With that said, does this remake manage to revitalize a two-generation-old game into something palatable for modern tastes, or is this just a visual upgrade pasted over dated and uninspired gameplay? Let’s find out if Destroy All Humans is worth returning to almost 15 years after its original release.

It Came From Outer Space

Destroy All Humans begins with Crypto-136, another Furon clone, crash-landing on earth after being sent to do some reconnaissance. Concerned with all things extraterrestrial, the American military quickly sweeps in, capturing Crypto-136 and impounding his ship. Infuriated by this turn of events, another clone named Crypto-137 takes things personally, vowing to wreak havoc on the human race and retrieve his fallen brethren. After touching down near a rural farmstead and doing a bit of investigation, Crypto soon realizes that the mass majority of humans are immensely stupid. With much excitement, Crypto sets out to appropriately destroy all humans (wink) and harvest their DNA to help keep the Furon race alive.

Much like the films that Destroy All Humans parodies (such as Invasion of the Body Snatchers from 1956, Invaders from Mars from 1953, and plenty of others), the plot is wacky and rarely meant to be taken seriously. The story also riffs on the top-secret government experiments from the time, featuring a shady group of men-in-black known as “Majestic”. In addition to battling off the military, local police, and g-men, Crypto must also deal with the extremely paranoid populace who believe communism will be their downfall. It’s all incredibly silly and often chuckle-worthy, even though it’s a bit dumb at times. However, it’s easy to embrace Destroy All Humans‘ tongue-in-cheek plot and flippant attitude, even though the cutscenes lack polish here and there.

Invasions Across the USA

In his effort to overthrow humanity and reign as the supreme species on Earth, Crypto must complete over 20 unique missions spread across six locations in the United States. Starting off in the rural South and heading west, you’ll encounter familiar yet fictional locations like Rockwell, Area 42, and the sunny and sassy Santa Modesta. Crypto’s adventure even includes a stop at the nation’s capital, where you’ll sow terror and wreak havoc at historical buildings like the White House and the Washington Monument.

Generally speaking, missions are often straightforward and short, with a handful of secondary objectives to complete if you desire. There’s a good mixture of third-person shooting and action gameplay, both while playing as Crypto and piloting his deadly spaceship. You can also disguise yourself as any unassuming NPC you catch off guard, thanks to Crypto’s inherent alien “Holobob” ability. Although you’re restricted from using weapons and gadgets like your jetpack during the Holobob state, you will be granted access to various restricted areas. This adds a bit of stealth gameplay to the mix, but it’s less like Splinter Cell and more like Hitman designed for beginners (in a good way).

Mission objectives are appropriately silly and work well with the game’s jokey storytelling. When you’re not tasked with destroying cars, buildings, and humans, you’ll complete more cautious tasks like infiltrating military bases or delivering a speech while impersonating a mayor. Even when objectives boil down to simply destroying everything in sight, the mayhem is usually well-contained and satisfying. For example, an early mission has you leveling a fairground with your saucer, using its destructive beams and cow-throwing abilities to tear down Ferris wheels and the like.

During these exceptionally explosive moments, the game is prone to slowdowns and stutters, which can dampen the spectacle a bit. Despite its overtly violent themes and gameplay, Destroy All Humans does its best to remain lighthearted and fun rather than gory or disturbing.

Once you’ve completed a mission in a given area, you’re free to return and explore it in free-roam mode. Story missions consistently guide you through much larger levels, often with locations begging to be discovered and destroyed. It’s nice to sit back and check out each of the locations without the restrictions that come with missions. Whether you’re interested in collecting the nearly-200 “Furon Probes” hidden around the maps or you simply want to completely destroy the area while fending off the police and military, free-roam lets you do so.

Better yet, there are additional challenges to complete in each area, with more unlocking as you progress through the story. Each location has four challenges, including Rampage, Race, Abduction, and Armageddon challenges. Race and Rampage are pretty self-explanatory, testing your speed skills and ability to kill as many humans as possible. Abduction challenges see you tossing both humans and objects into your ship’s abduction ray, while Armageddon challenges task you with inflicting as much property value damage as you can. Each challenge has a three-star rating system that rewards you with upgrade points depending on your performance.

We Have the Alien Technology

Although Crypto starts with a limited set of technology, you’ll quickly earn some truly overpowered goodies. Things are never meant to be entirely fair in the fight between Crypto and humans, so your core set of weapons are pretty overpowered. You can set humans on fire and scorch them to the bone with the Disintegrator Ray, or electrocute half-a-dozen enemies at once with your Zap-o-Matic gun. Upgrading these weapons only makes them more effective, improving their lethality and spectacle during use.

This goes doubly for the saucer upgrades, which turn your already-ridiculously-strong ship into a machine of pure death. Especially as you unlock defensive abilities like the rocket-repelling Repulse-O-Tron shields, it’s easy to fly over military-grade turrets and have a great time watching the explosions. Generally speaking, the progression system in Destroy All Humans works, regardless of how simple it is. The game continuously encourages you to blow off some steam, steadily increasing your power with only a few slight difficulty spikes. It’s very fun and offers a great feeling of improvement and power, even if choosing upgrades requires little to no strategy.

The Bottom Line on Destroy All Humans

Destroy All Humans often provides the kind of casual, high-destruction action that is missing from modern games. Where most AAA blockbusters are cinematic and packed with set-piece moments, Destroy All Humans encourages you to be a bit silly and cause chaos in your own way. In terms of remakes, Destroy All Humans does a decent job bringing the visuals into the modern era while keeping the gameplay true to the source. Some of the stealth mechanics and the overall progress system might seem dated when compared to more recent examples, but that doesn’t stop Destroy All Humans from being tons of fun. Depending on how many collectibles you hunt down or challenges you complete, there’s at least 6 – 12 hours of alien-rampage to enjoy.

Generally speaking, the only notable annoyances with Destroy All Humans come from expected technical hiccups, including an unstable framerate when the action gets too exciting, occasional visual glitches, and some sub-standard audio mastering. Besides these small problems (which will vary depending on your platform of choice), there are only a few frustrating boss fights or sequences throughout the entire adventure. If the idea of blowing up idyllic and iconic American landmarks with super-advanced alien technology sounds like fun to you, then Destroy All Humans is an easy recommendation. The jokes manage to land frequently too, which is always a plus. Across the board, Destroy All Humans provides entertaining sci-fi fun with a dose of quirky comedy, delivered in a mostly solid package.