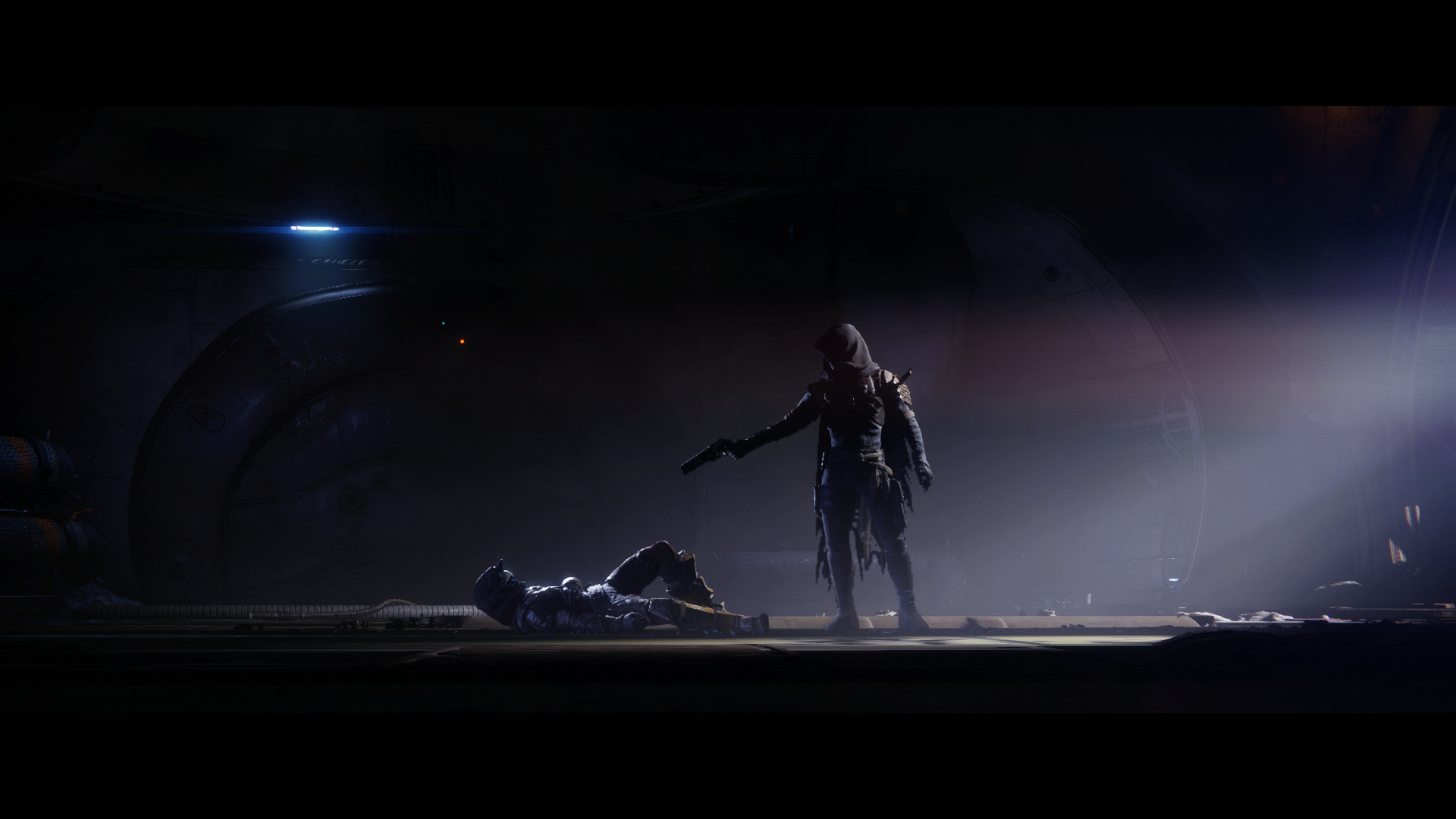 The third expansion for Destiny 2 carries a bit more weight than the other two, as it marks a pivotal turn in the overall narrative and overhauls basic game mechanics.  Like The Taken King DLC for the original Destiny, Destiny 2: Forsaken drastically changes some core mechanics of the game.  Nearly a year has passed since the original game launched, and the developers have listened to the community and done their best to expand the rich world.  Besides offering a whole new quest line, new enemies, weapons, and zones, Forsaken redefines some of the major ways the basic game plays.  Let’s find out if these changes and improvements are worth revisiting the realm of the Guardians. 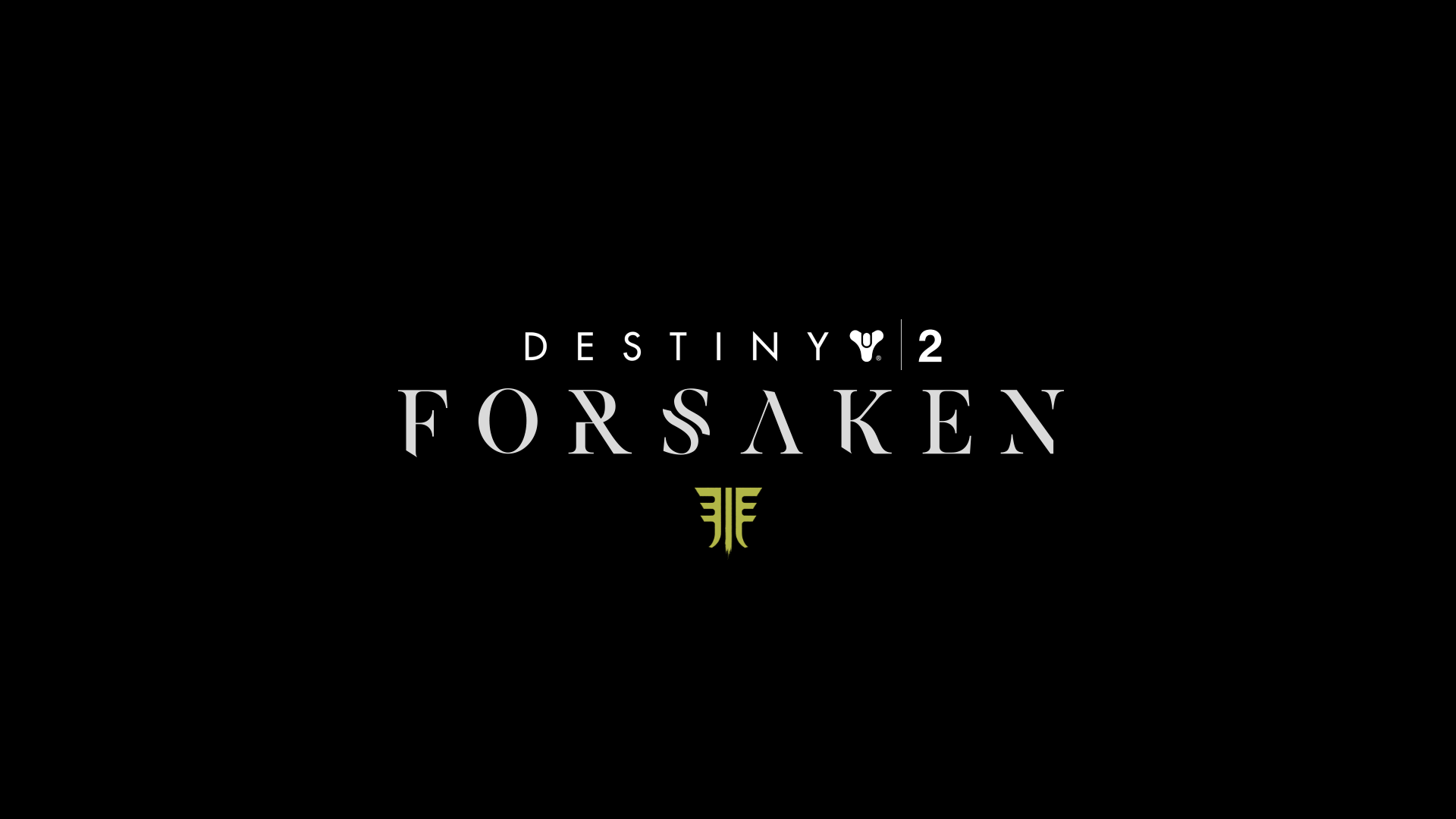 The original Destiny 2 story was pretty straightforward.  Despite the two previous DLCs (Curse of Osiris and Warmind) adding new characters and areas, there hasn’t been any drastically crazy developments.  That all changes with Forsaken.  The DLC starts with the death of a beloved character, which Bungie clearly showed in the announcement trailer.  His death comes at the hands of Uldren, a rare specimen and powerful being who seeks revenge for his sister’s death.  Using the power he gains from corrupting the Traveler’s light, Uldren summons various Barons to overtake the Guardians.  As a close friend to the fallen teammate, it’s up to you to eliminate the Barons and foil Uldren’s plot. 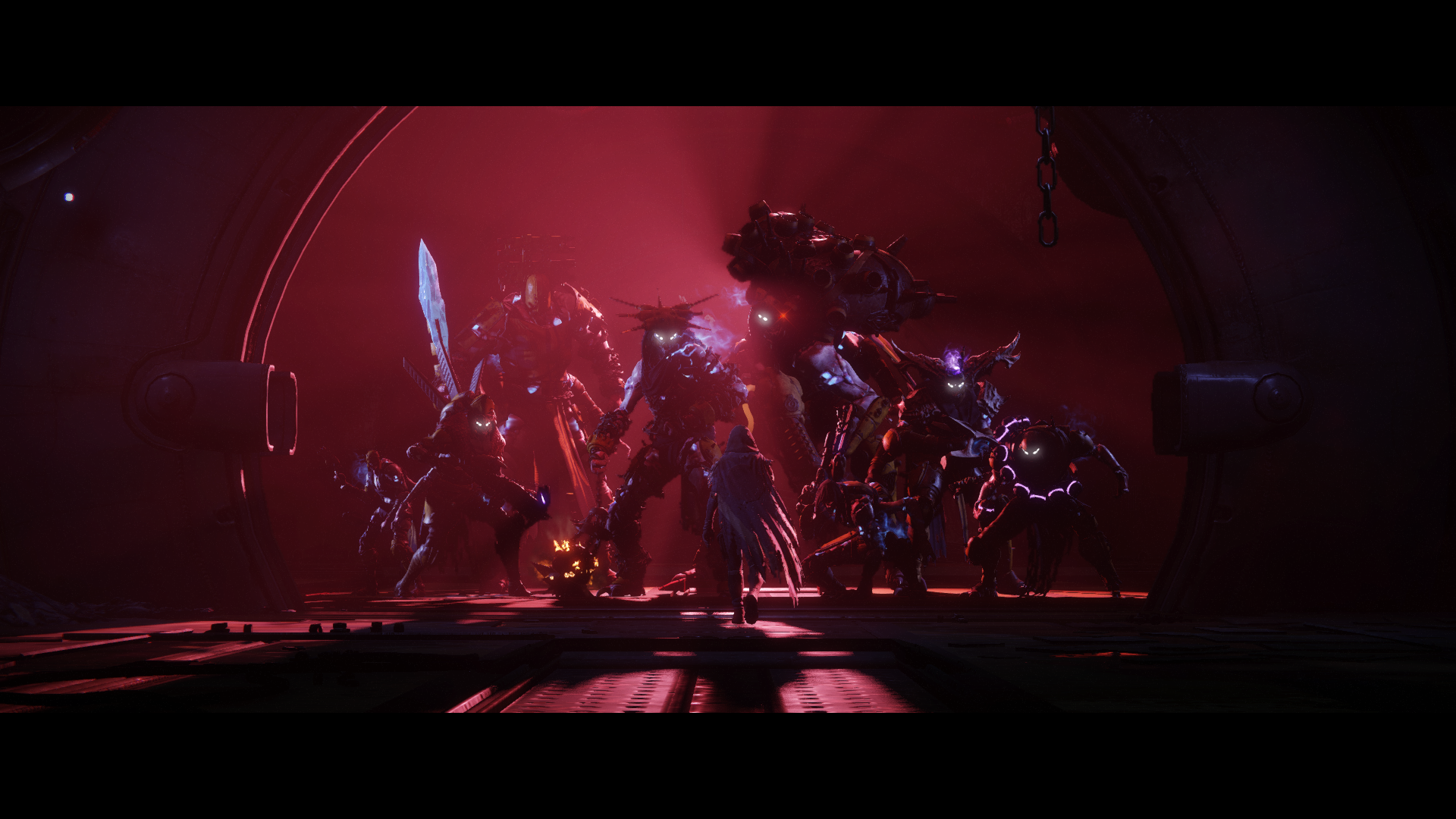 The narrative of Forsaken works surprisingly well, and is multi-layered to boot.  On one hand, it’s a simple revenge plot with some flare and a stunning ending. On the other, it’s a story that is deeply tied into existing Destiny lore that dates back to the original game.  I’ve played and completed the original Destiny, and have fully experienced Destiny 2 and all its expansions.  While I’m not a novice in the land of Destiny lore, there are layers to this story that went way over my head. Luckily, I played with some folks who were able to describe some of the more intricate plot points and backstory.  Knowing this, I can that Forsaken’s story is a success for both new and veteran players.  It brings back some old characters, debuts some that have only been mentioned before, and creates some fascinating new ones as well.

Destiny 2: Forsaken brings back the same addictive FPS formula that Destiny 2 offered, full of excellent shooting mechanics, fun quests, and a good sense of progression.  The overall level cap has been raised to level 50, which now allows players to access new sub-classes for the three main classes. A few new super move have been added as well, and these are by far some of the coolest yet.  Warlocks are able to fire energy blasts, Hunters can decimate enemies with throwing stars, and Titans can shoulder charge into battle.  There are a few more, but these seemed to be the most popular when I was playing.

Gear is now even more powerful, with a light level increase to a hard cap of 600.  This means that you will continuously get new weapons with higher stats, as well as fresh new gear with more defense.  Forsaken also changes up the way weapons are slotted and equipped, and while it’s a bit confusing to explain, I prefer it to the original way.  These new equipment rules allow you to have a much more customizable loadout.  You can take multiple weapons of the same type, have multiple elemental weapons, and some weapons have had their categorization switched up.  There have been a good number of new exotic weapons and gear added as well, but the drop rates are unfortunately low.  After completing the main story and some extra late game grinding, I had yet to be rewarded with one. 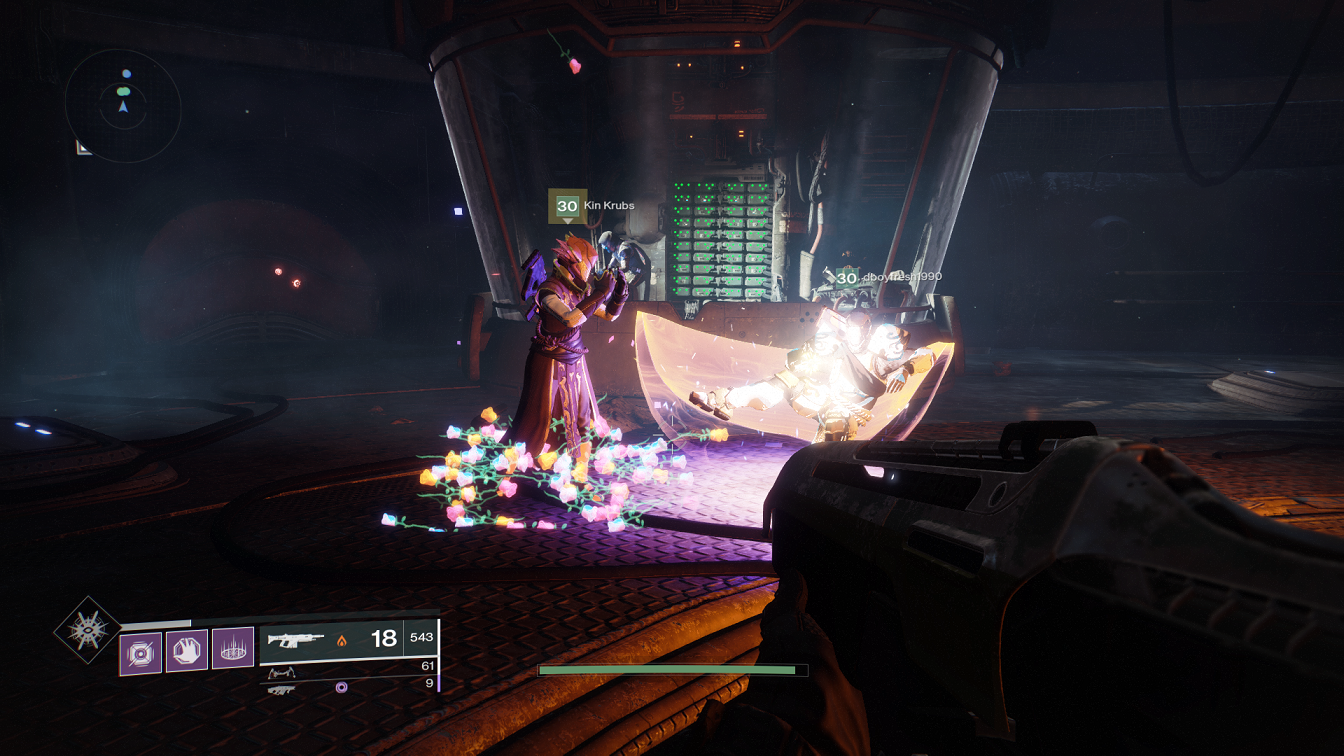 In addition to reworking the equipment, developer Bungie has done a good job adding some quality-of-life features to make the basic Destiny 2 experience more enjoyable. A new “collections” tab in your inventory keeps track of every piece of gear you’ve found so far. This will definitely encourage completionists to seek out those last few guns or gear pieces they are missing. Additionally, the “triumphs” tab now tracks your accomplishments throughout the game. Completing missions, winning matches of PvP, and an assortment of other factors are now tracked and rewarded. This adds a good amount of replayability, and gives you something to work towards when you don’t have a specific goal in mind.

The two new zones in Forsaken are the Tangled Shores and the Dreaming City.  The Tangled Shore is where you’ll spend most of your time, when you’re not chasing Barons who have run off to various planets.  The Tangled Shore is an oddly beautiful asteroid belt, which explains it’s cavernous and ethereal feel.  It’s one of Destiny 2‘s best looking locations, with a great color palette and awesome cosmic effects. 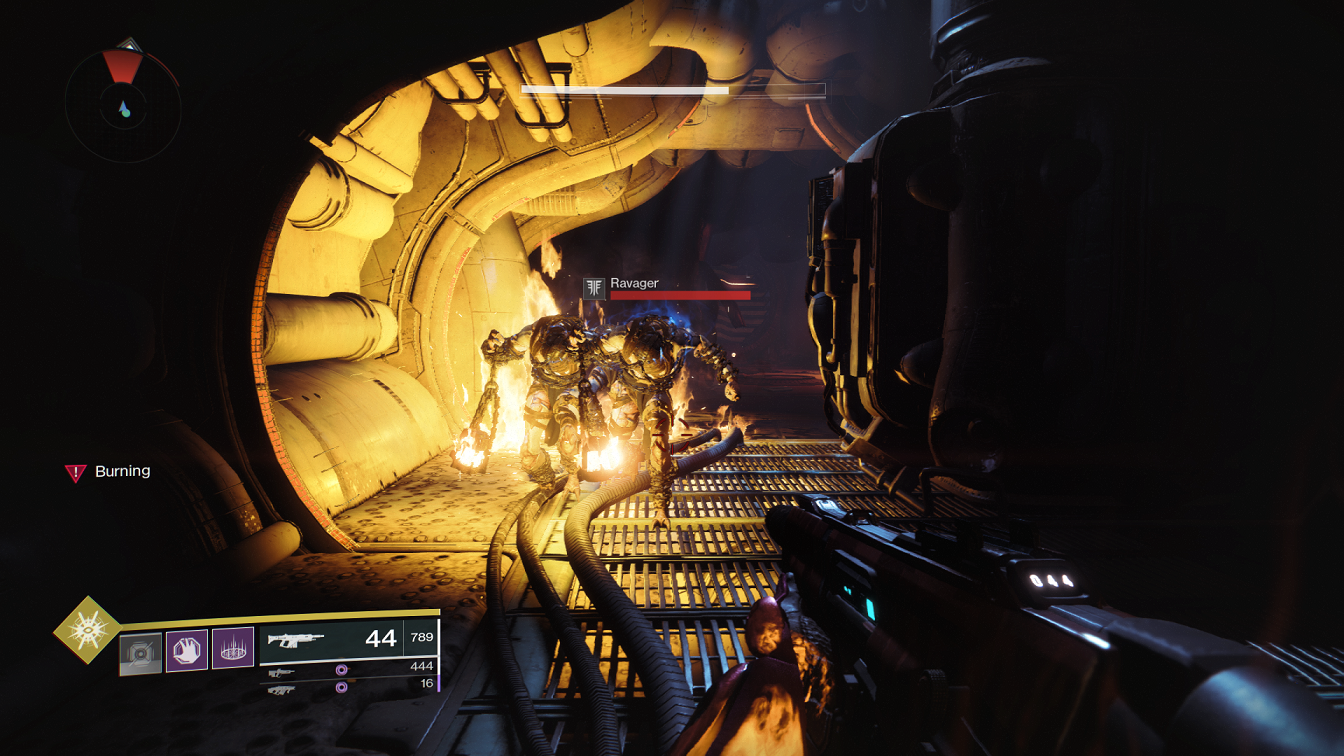 The same can be said for the Dreaming City, which is mainly experienced in end-game content. The Dreaming City is a foggy, confusing realm that is as beautiful as it is dangerous. The most intriguing part of it however, is its ability to change. With every weekly reset, the Dreaming City will undergo small to large changes. This might be something as simple as a character moving places, or something as big as completely new areas being added. The Dreaming City is also tied into The Last Wish, Destiny 2‘s newest raid. The new raid is incredibly hard, requires tons of teamwork, and will require you to grind your character’s light level for a while. Despite the high level of difficulty, The Last Wish is a good step up from the disappointing Leviathan Raid in vanilla Destiny 2, as well as being a great improvement on the various Raid Lairs we have seen from past expansions. 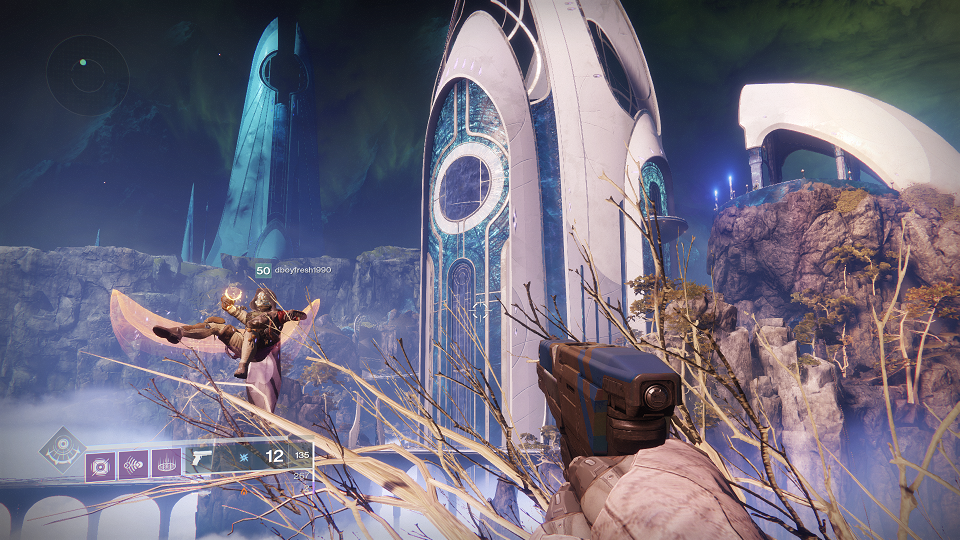 When it comes to Destiny 2, I’m the kind of player who enjoys story content over competitive content. The original Crucible offerings were fine; I enjoyed playing various objective and deathmatch variants against other players online. However, Forsaken introduces Gambit, a brand new online mode that melds competitive and cooperative play together. When Bungie first announced Gambit mode, they boasted that it was a mode “never before seen in gaming”. I’m not 100% certain that is true, but Gambit is surprisingly fun and grabbed me like no other online mode in Destiny 2 has.

Gambit is a bit confusing at first, but quickly becomes a wild race of cooperation and tactical killing. At the beginning of a match, two teams of four players appear, separated by a see-through wall. Here, you can taunt your opponents before dropping into the match. Once the match begins, your team is dropped into a map populated by enemies. The other team is also dropped into the area, but in a different version of it. Basically, both teams are playing on the same map, but in different realms. The main objective of the game is to kill enemies and grab the motes they leave behind. Once you’ve collected enough motes, you take them to the center of the map and bank them. Reaching 75 motes unleashes a powerful boss enemy, and you must defeat him to win. 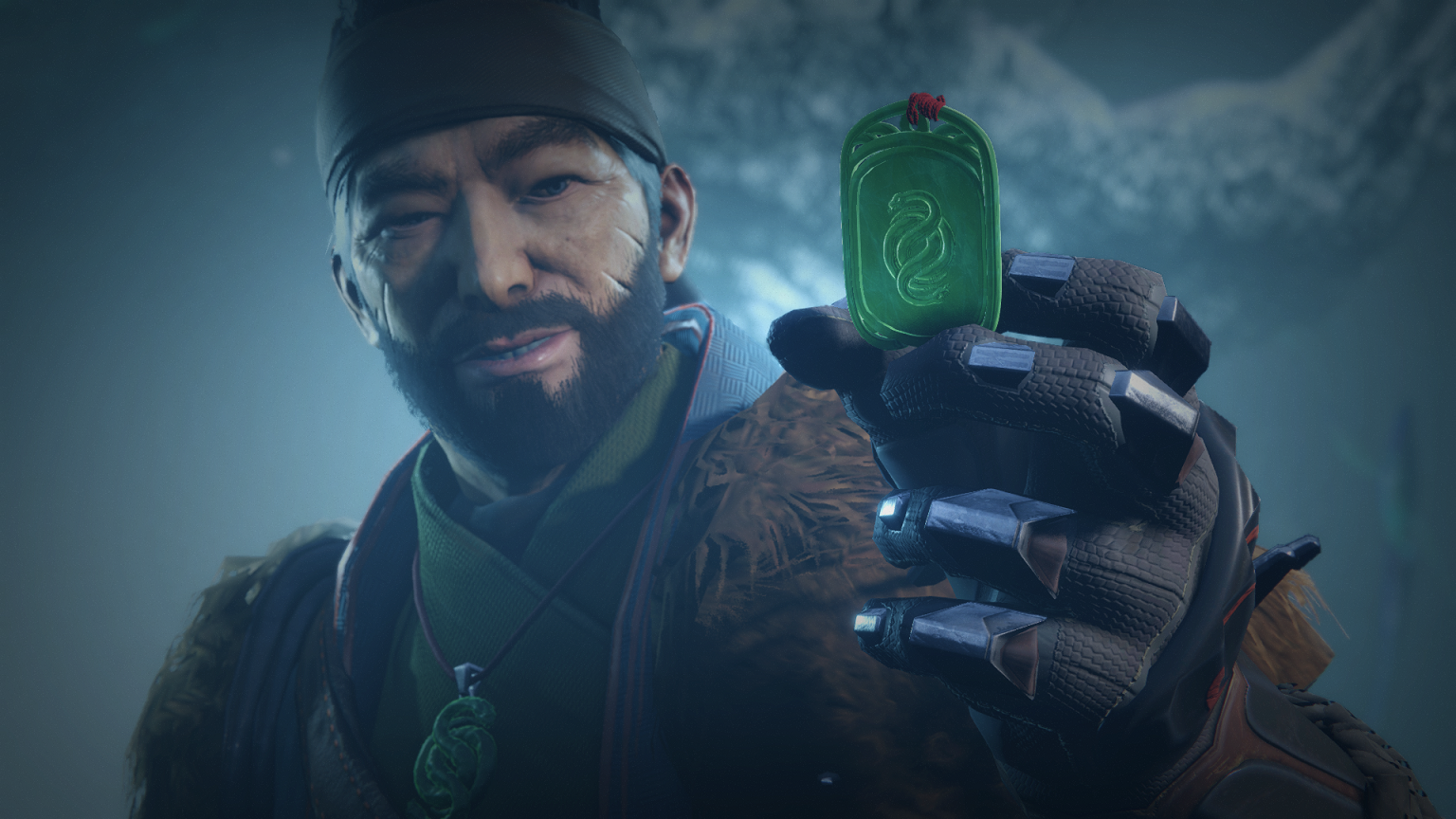 You can disrupt the other team by sending “blockers” to their side. These are shadowy beasts who enter the enemy team’s area and cause havoc. While the blocker is alive, the team cannot bank their motes or make any progress. You send blockers to the other side by saving up a certain amount of motes before banking them. This is a risk/reward system, as enemies are tough, and dying once means losing all the motes you’re carrying. On one hand, sending a medium-sized blocker will cause plenty of chaos for the other team. On the other, if you die holding over a dozen motes, that will set your team back quite a bit. Besides sending blockers, you can occasionally send one person from your team to the other team’s area by jumping through a portal. Once inside the other team’s realm, you are given a certain amount of time to try and kill their players and impede their progress.

Generally speaking, Gambit is a fun mode that is both unique and tons of fun to play. I commend Bungie for their ability to whip up genuinely inventive ideas in PvP, specifically in the first person shooter genre. While other games are leaning hard towards the “battle royale” genre, Destiny 2 doubles down on fun and inventive ideas.

The Bottom Line on Destiny 2: Forsaken

Destiny 2: Forsaken is a very good expansion and a huge upgrade from the previous DLC offerings for Destiny 2.  It reworks the base mechanics of the game in refreshing ways, making Forsaken a good place for newcomers to hop in.  It also adds a slew of new content, including zones, triumphs, PvP modes, and more.  More importantly though, it manages to tell a cohesive and effective story.  The effectiveness of that story will depend on your amount of knowledge on overall Destiny lore, but even if you’re completely fresh to the entire series, it’s impacting.  For a game that is mainly about blasting aliens and gathering loot, the addition of a great narrative makes the experience feel complete. 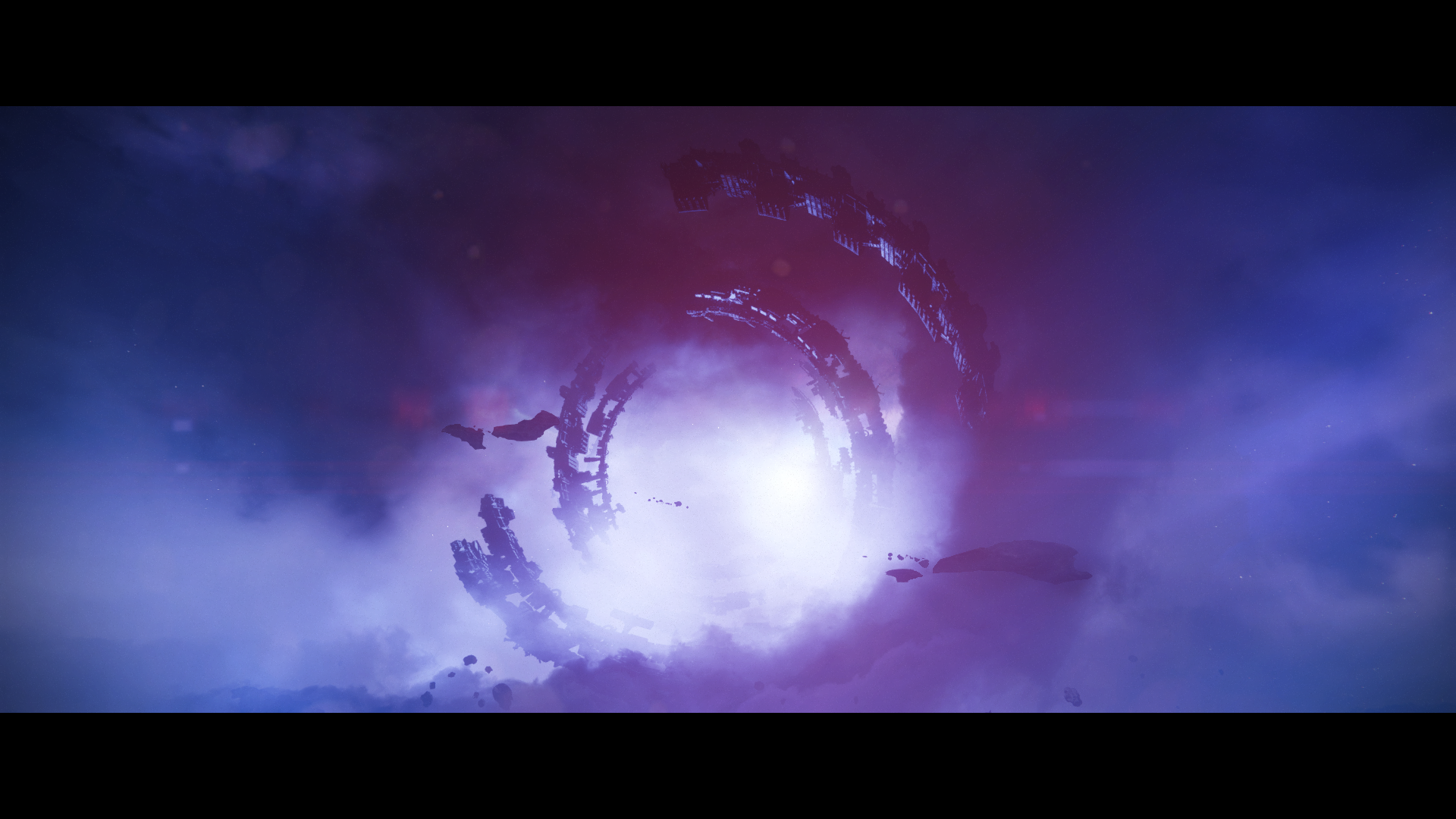 If you’re not sold on Destiny 2 as an idea, I don’t think any amount of great DLC will be able to pull you into the game.  That being said, if there is one expansion to do that, Forsaken is it.  Forsaken redefines the main Destiny 2 experience in a great way and it gives players plenty of reasons to keep coming back for more.  Whether it’s the shifting Dreaming City, the tough-as-nails Raid, or the awesome Gambit mode, Destiny 2: Forsaken packs a hell of a punch with its new content.