Call of Duty: Black Ops IV continues the Black Ops franchise by focusing on multiplayer, introducing some new modes, and refining the old favorites. The main gameplay hasn’t changed too much; you’ll still shoot modern and futuristic weaponry at other people. However, Black Ops IV completely removes the popular single player campaign to make way for other content. The biggest and most talked about introduction is that of Blackout, a battle royale mode that is looking to take on industry titans like Fortnite and PUBG. The fan favorite Zombies mode makes a return, this time with some appreciated changes and tweaks. These two modes, combined with an expansive tutorial and the standard multiplayer suite, make up the whole of Call of Duty: Black Ops IV. Are these four experiences varied enough to keep players interested? Does the exclusion of a single player campaign harm the product as much as fans predicted it would? As always, Call of Duty asks us to gear up and enter the firefight. Is Black Ops IV a war worth fighting? Let’s find out.

Most of the single player and offline offerings in Black Ops IV are found in Specialist HQ, a mode that plays as both a tutorial and a substitution for the usual single player campaign. Each level of Specialist HQ focuses on a different character. These are characters that you’ll use in multiplayer, and all of them have unique abilities and gear. Specialist HQ introduces you to each character with a small tutorial section, explaining their abilities and how to best utilize them. Each character also has a small cutscene that explains their backstory, and there are additional cutscenes that flesh out the world. The quality of these cutscenes are impressive, but they ultimately fail to create a cohesive and interesting story. The tutorials are great at showing off the strengths of each character, but can get annoying due to an overly profane and obnoxious narrator.

After you complete one of the specialist tutorials, you’re thrown into an offline multiplayer match against computer controlled enemies. Each of these matches focuses on a different multiplayer game type, allowing you to become familiar with each. You’ll play practice rounds of Team Deathmatch, Kill Confirmed, Control, and a slew of other deathmatch and objective modes. The other modes in the game (Blackout and Zombies) have their own tutorials, so you’ll always know what to expect before hopping online. In this way, Call of Duty: Black Ops IV does a great job introducing the player to its various modes and characters. Unfortunately, the narrative end of the Specialist HQ gets lost along the way. As a story experience, Specialist HQ doesn’t get the job done. If you can ignore the foul-mouthed narrator, the tutorials are worthwhile and a good place to start. However, if you’re expecting a rock solid story line with interesting characters and plot points, you’ll be incredibly disappointed.

Multiplayer presents players with a slew of competitive modes, with a couple of variants to please players of all skill levels. Like normal, there’s a nice mix of both objective and deathmatch gameplay types. Classic modes like Free for All, Team Deathmatch, Kill Confirmed, and Domination make a return, along with other great modes like Control, Hardpoint, and Heist. There’s a vast progression system to dig into, as the franchise once again uses the “Pick 10” system. This allows you to equip 10 different items, including primary and secondary weapons, attachments, gear, and perks. Each weapon has a variety of associated challenges to complete, which unlock some cool cosmetic items. There are also overarching challenges, which task you with completing a wide range of conditions. You’re constantly rewarded for completing matches, pulling off cool kills, and coming out at the top of the leaderboard.

Besides a handful of new modes, the biggest change is the focus on the unique characters called specialists. At the beginning of every match you choose one of the ten specialists, and try to utilize their powers to the best of your ability. Some specialists work best for objective modes, while others are better for racking up the kills. Specialists change things up a bit, but the core of the Call of Duty multiplayer experience still feels familiar. 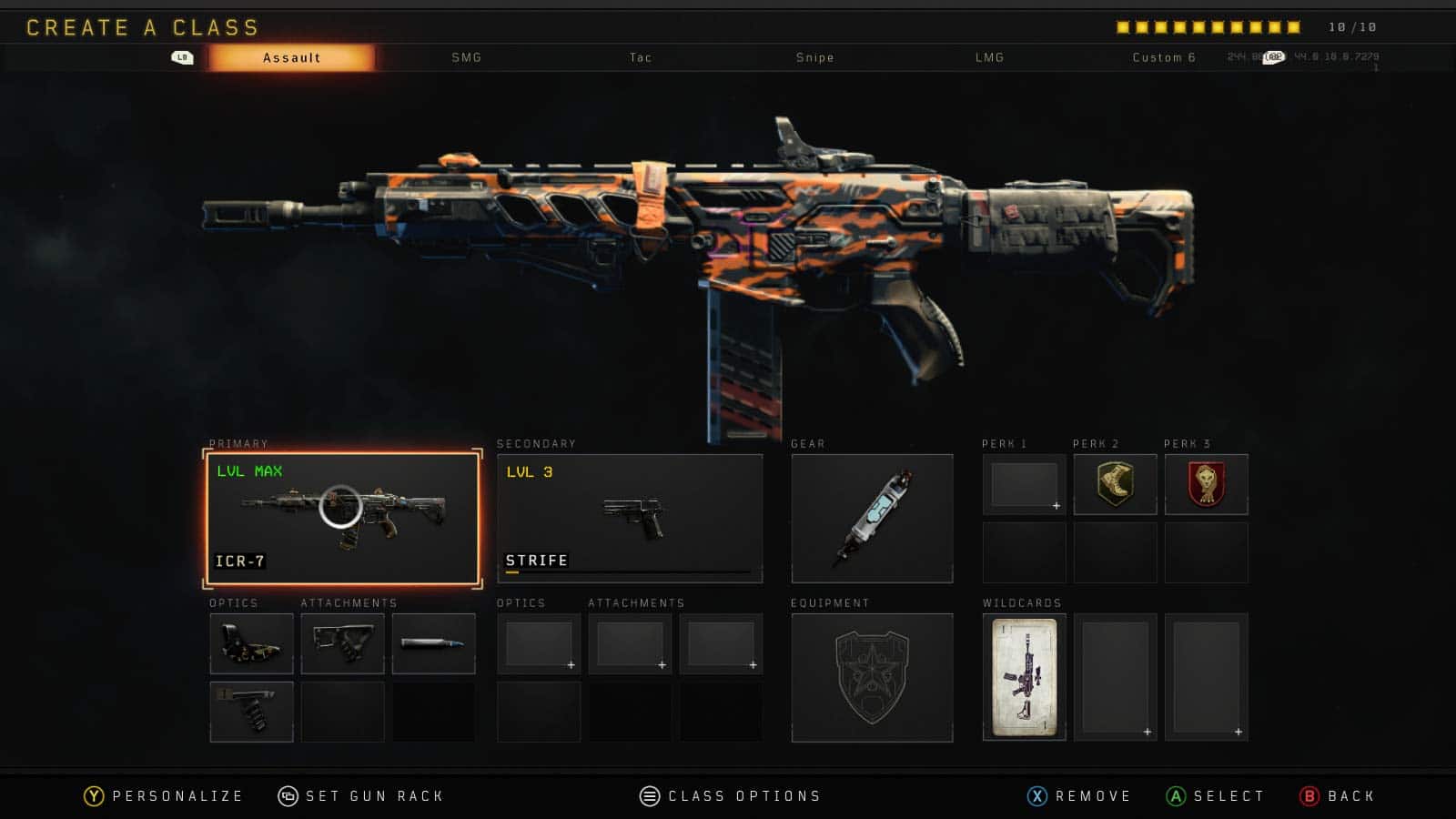 The biggest addition to Black Ops IV is Blackout, Call of Duty‘s answer to the Battle Royale genre. Like PUBG, Blackout throws you onto an island with 100 other people and leaves you to fight it out. In terms of size, the map isn’t incredibly large, making it a quicker and most action-packed experience. There are various locations to drop in at, and many of them borrow inspiration from classic Call of Duty multiplayer maps. For instance, you can parachute down onto Nuketown Island, visit the Firing Range, check out the Asylum, and much more. While exploring, you might run into some zombie locations as well, where you’ll have to fight off some neutral enemies in exchange for decent loot.

The core experience of Blackout feels similar to what you’d expect out of a Battle Royale game, but with a few fun tweaks. Blackout adds a variety of consumable and items to find and use, like various perks and scorestreaks. It’s fun to experiment with these unique items, and they add a layer of additional strategy to the mode. For instance, you can equip the Paranoia perk, which lets you know when an enemy is aiming at you. You can recon an area with a small RC car, set up trip mines, and more. Additionally, Blackout has some smart features that keep you out of menus and in the game. For example, if you stumble across a scope that fits your gun, you can choose to equip it right then and there. This is much faster than sifting through your inventory; an issue that pops up a lot in Battle Royale games. 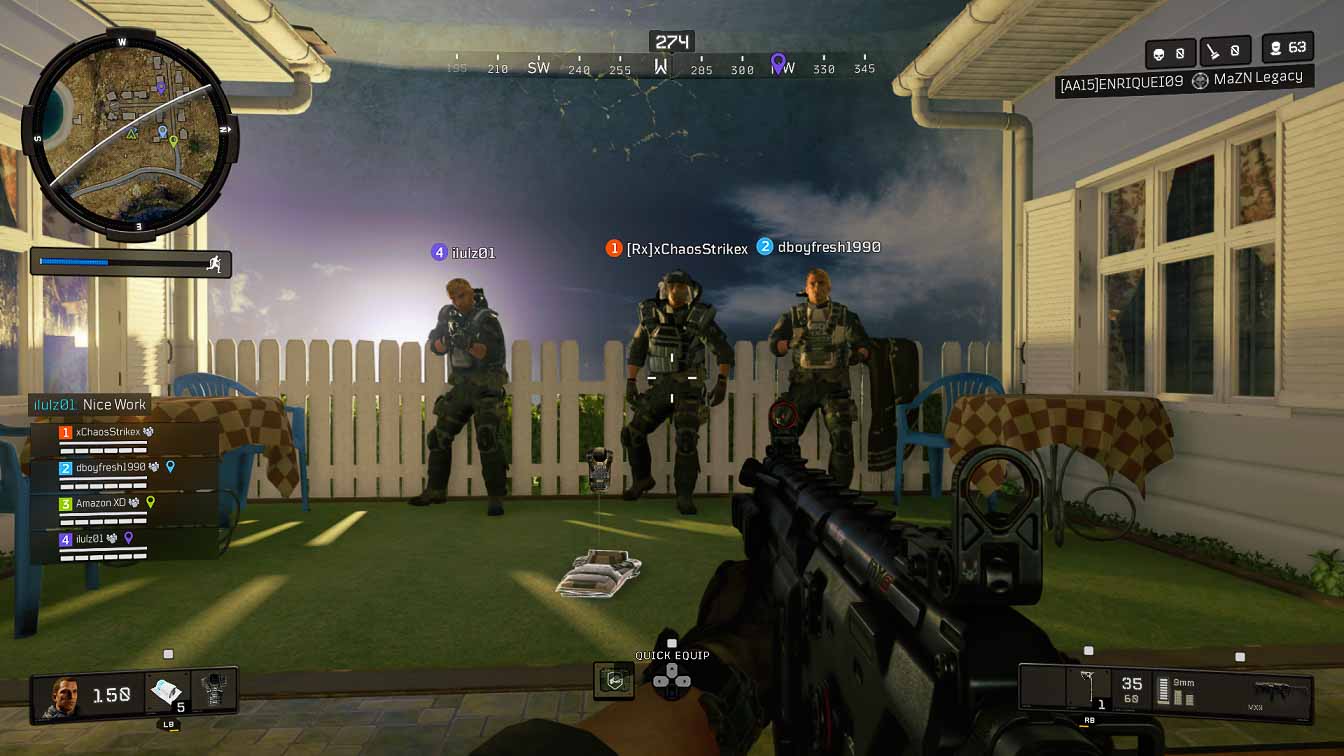 Ultimately, if you’re not a fan of the battle royale genre, Blackout probably won’t win you over. However, Blackout feels a bit easier to get into, thanks to its deep ties in the tried-and-true Call of Duty formula. I had a good time joining into matches with my friends, playing a friend rounds solo, and generally exploring the map. For some, Blackout will be the best part of Call of Duty: Black Ops IV.

Zombies mode makes its return, and after several tweaks and iterations, has finally found its footing again. Zombies has transformed from a simple wave defense mode into its own fully fledged experience, with tons of secrets and easter eggs to find. There are a handful of maps to experience, each with their own visual flare and style. Additionally, some maps feature exclusive enemies and zombie types, which are a fun treat. My favorite of the batch is Voyage of Despair, a map that takes place on the Titanic. You and the four other characters are aboard the doomed ship, attempting to steal an artifact. When you hit the iceberg, all hell breaks loose. The tight corridors make for an intense and suspenseful match, which becomes more and more hectic as time goes on. There’s an even bigger focus on narrative and objectives this time around, as the map is utterly littered with secrets and hints. There’s also IX, an arena-style map with four distinct areas. These areas all are themed after various gods, such as Zeus and Odin. Finally, there’s a remade version of the classic Alcatraz level, which is fun in its own way. You can play with a group of friends or solo with the inclusion of AI controlled bots, which is excellent for solo players who don’t have enough online pals to fill out a group. 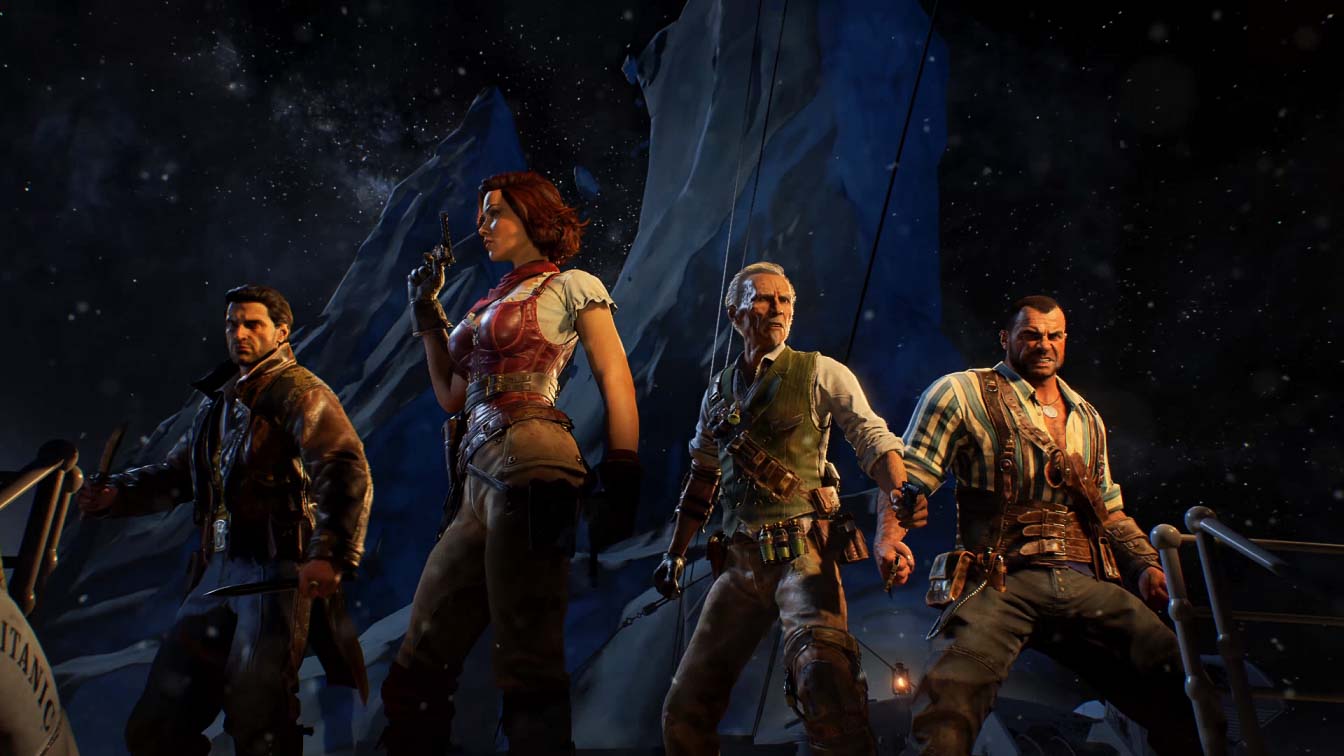 More impressively though, is the massive amount of options that you can tweak. When playing Zombies in a custom match, you can adjust almost every conceivable option. This essentially allows you to create your own ideal Zombies set up. For those who prefer the old school pure wave-defense, you can play like that. Health regeneration, zombie wave spread, active perks, and much more can be adjusted through customizable menu options. Generally speaking, the Zombies offerings are more varied than they ever have been, and are of a higher quality than I ever expected. 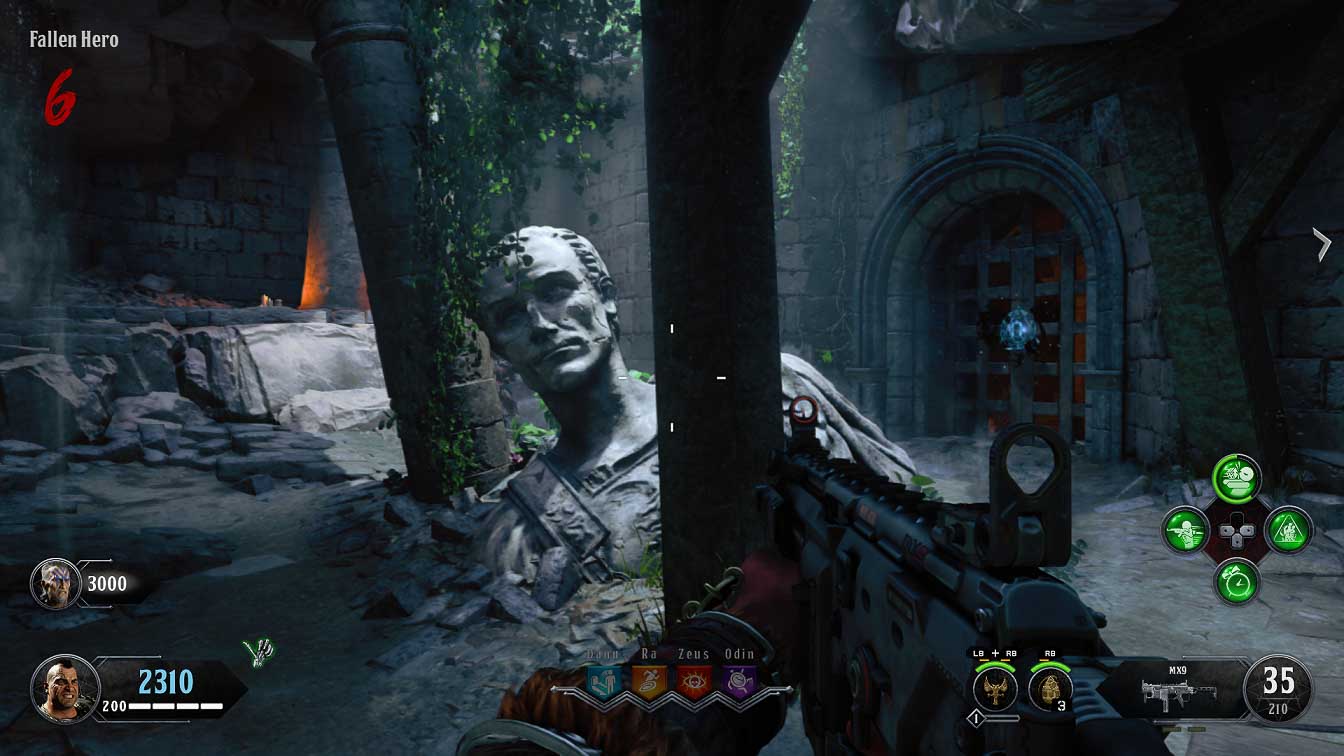 The Bottom Line on Call of Duty: Black Ops IV

If you are a fan of the Call of Duty: Black Ops franchise, then Black Ops IV will be both satisfying and fun. The package is missing a great single player campaign, but beyond that, has everything a multiplayer shooter should. Blackout is a great addition to the Call of Duty formula, and Zombies redefines itself yet again. Nearly everything about Black Ops IV feels slightly upgraded, from the various Specialists to the many progression systems. I had lots of fun during my time with the game, and while I don’t think it’s the best Call of Duty, Black Ops IV is a damn good one.