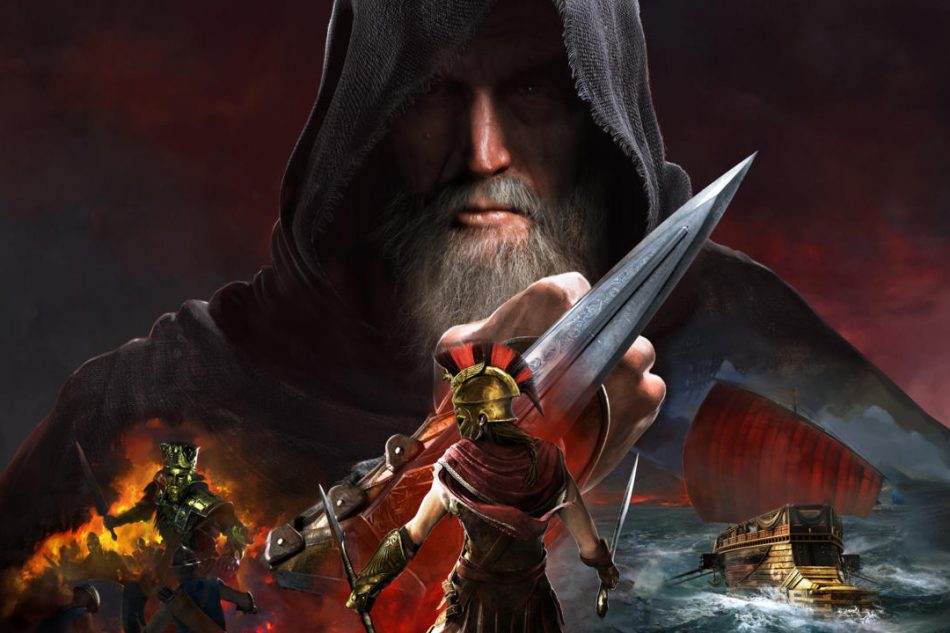 Legacy of the First Blade finally concludes its episodic story arc with the launch of the third and final episode: Bloodline. Like the title suggests, this concluding episode of the first DLC story pack for Assassin’s Creed: Odyssey addresses the ever looming theme of bloodlines and the dangers of settling down as an assassin (or more specifically a Misthios). Bloodline feels like the most substantial episode, and it’s certainly the most emotionally pulling of the three. If you haven’t taken the plunge and purchased the season pass for Odyssey yet, then you can buy Legacy of the First Blade with all three episodes for £20.99 GPB.

Bloodline, similarly to the previous two episodes of Legacy, is set in a pre-existing part of the map. For the final episode, the story takes place in the region of Messenia. The story picks up where it left off in the last episode, where (spoiler alert) your happy, peaceful life won’t last very long. The story is quite a bit more substantial than the previous episodes, with actual consequences for your behaviour. The new branch of the Order of the Ancients, the Order of the Dominion, is quite a bit more extensive than in previous episodes. In order to find all the new Ancients, players must hunt down conspirators before assassinating the order members for a less hassled way of finishing off the tree. If you want to hunt them down your own way, however, then prepare to fight against a whole fortress of cult guards. Considering the consequences of player actions was the biggest weakness of the last episode, it seems almost comical that player actions impact gameplay in this way.

If you didn’t have enough motivation to hunt down all the order members already, then Bloodline gives you a sweet little incentive to start doing it now. The latest episode of Legacy of the First Blade gives players an all-new weapon to repair and upgrade, much like the spear of Leonidas, in addition to a shiny new armour set. Players can gather all the pieces required to repair the weapon by hunting down all the members of the Order of the Ancients.

As well as new story missions and a new cultist branch to hunt, Bloodline also gives players a new ability to unlock, Fury of the Bloodline. This ability may be the most powerful ability yet in the game, since using it not only punishes your opponents with five strikes, but it gives the player a huge advantage in battle. Fury of the Bloodline starts a series of quick successive hits which freezes your opponent and causes massive damage with the spear of Leonidas. In addition to this, the attack also refills three sections of your adrenaline bar. If you prefer to fight more directly as opposed to creeping around and stabbing your unsuspecting enemies, then this ability is a must. There are three tiers to this ability, with each successive upgrade dealing more damage.

The latest update gave players the option to have Natakas (if you play as Kassandra), or Neema (if you play as Alexios) as their non-romantic partner as opposed to their main squeeze. The story still stands, however, and your Misthios is still left with a baby to take care of. The beginning of Bloodline doesn’t do much to address this change, although that’s not surprising considering the DLC was already made and more or less ready to go. Unless people wanted to wait six months for the final episode of Legacy of the First Blade, then this is the best to be expected. While it didn’t impact my Kassandra or her storyline very much, I expect this will still come as a disappointment to some players. Having finished the story though, I understand from a game writer’s point of view that the decision to have a child is non-negotiable in Odyssey, and they wanted to make a connection to the previous instalment in the series.

Now for some minor spoilers for the story of Legacy of the First Blade and Assassin’s Creed: Origins if you haven’t played it already (but seriously if you haven’t then go do that right now).

The whole theme of Legacy of the First Blade, at last, reveals itself in the final episode as its connection to Origins makes clear. While the genetic abilities of the Brotherhood of assassins have been made clear in previous games in the series, we have a second set of relatives in the Assassin’s Creed series now as your character in Odyssey is revealed to be a descendant of one of the characters in Origins. Knowing this connection, it seems promising that a future Assassin’s Creed main series instalment could be revisiting the characters from Origins. I was waiting throughout the story of the main game of Odyssey for some connection to the first civilisation or the brotherhood and was left wanting, so I was happy to see a bit more of the legacy theme in this episode.

In summary, Legacy of the First Blade: Bloodline offers more of what I enjoyed from the previous two episodes, but added a more substantial story and offered creative ways of allowing players to take different approaches to tackle the same gameplay. The conclusive episode of Legacy did not disappoint on the story front, wrapping up loose ends and attempting to correct some issues that players had with the previous episode. As the first story DLC for Odyssey, I’m left with high hopes for The Fate of Atlantis, the second episodic story DLC for Odyssey coming soon.

For now though, if you haven’t played through Legacy of the First Blade: Bloodline or the previous episodes Hunted and Shadow Heritage yet, then I highly recommend it if you enjoyed the story and side quests from the main game and are looking for even more intriguing story missions to sink your teeth (and time) into.