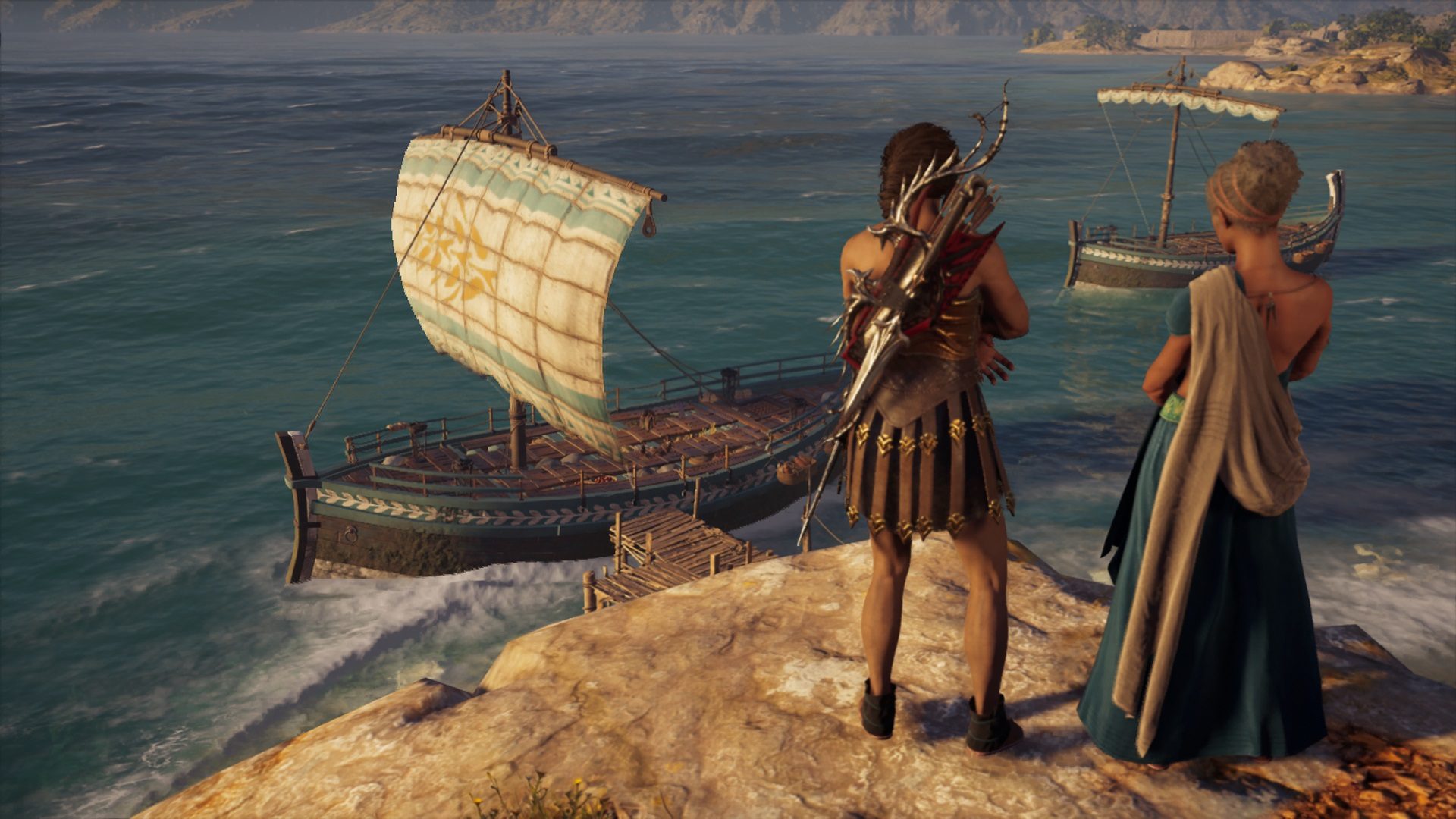 While the first episode of Legacy of the First Blade took place in the region of Makedonia, Shadow Heritage takes place entirely in Achaia, not too far from where players began their odyssey in the main game in Kephalonia. This time, however, your character is tasked with protecting the region from a naval blockade orchestrated by the head cultist member in the new branch of the Order of the Ancients tree. The story follows either Alexios or Kassandra as they try to eliminate the five cultists who are terrorising the region, with a particular focus on naval battles and some pretty heavy themes. 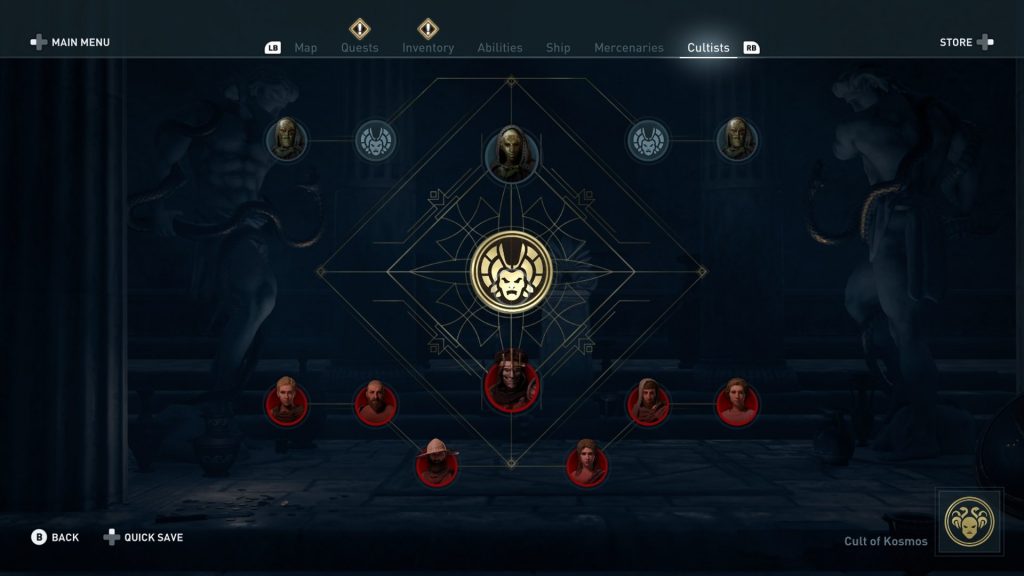 The main theme of Shadow Heritage is your character’s desire (or lack thereof depending on how you respond in conversation) to settle down and have a simple, peaceful life like they once had before Odyssey begins. Knowing the ending of the episode, the final twist is foreshadowed pretty heavily throughout the quests and has led to some controversy among fans. The quests are generally very similar to those found in the game, however, Shadow Heritage focuses more on naval battles than previously. Don’t worry if you haven’t levelled up your Adresia fully as the enemy ships seem to scale to your level. As someone who is not a huge fan of open sea warfare, I was initially concerned that I would be spending most of the DLC firing at other ships. I quickly forgot my concerns though, as the majority of quests still take place on land, plus you have the option of getting a pretty hefty upgrade for the Adresia which I absolutely loved.

Shadow Heritage also introduces two new skills to purchase in the skill tree; Rapid Fire and Fire Mastery. If you’re wondering why both of these skills have a fiery connection, then I suggest playing through the DLC yourself to appreciate the slight joke from Ubisoft’s developers. Rapid Fire allows your character to fire arrows in very quick succession at the expense of chunks of your adrenaline bar, while Fire Mastery allows your character to build up fire damage on enemies much faster and for a longer time. 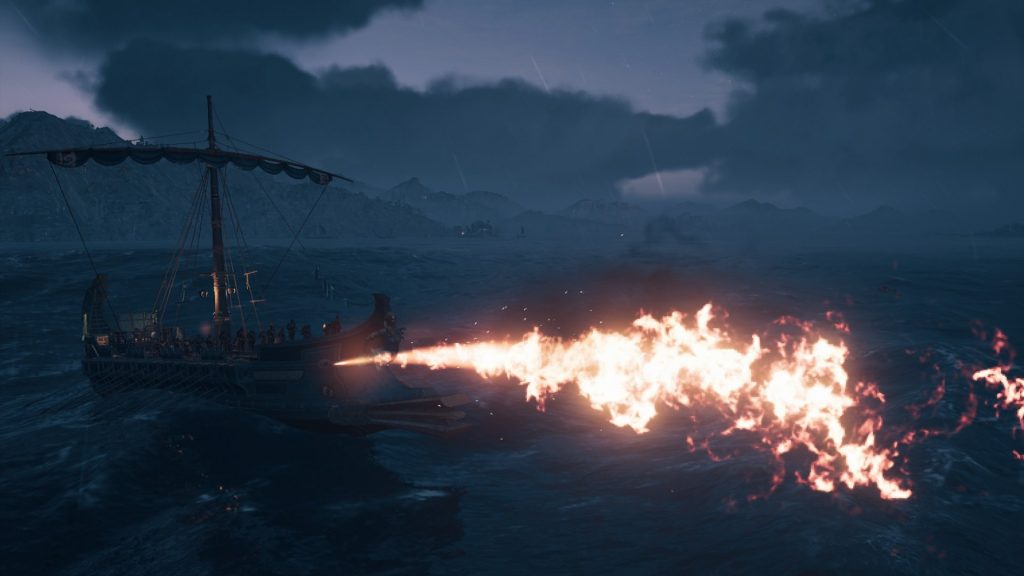 Perhaps ironically fitting with Ubisoft’s weaponry theme for the DLC, the storyline in Shadow Heritage has also come under fire from its fans. Without spoiling the specifics of the story too much, the game hints at a future for Alexios/Kassandra that seems outside the norm for misthoí or assassins. The game gives the player several opportunities in conversations throughout the questlines to express your character’s acceptance or denial of this lifestyle, seemingly hinting at a major choice coming over the horizon. Indeed, there does appear to be a pretty significant choice at the end of the DLC which gives players multiple opportunities to either reject or accept. In the end, however, regardless of what players choose, the game decides the fate of Alexios or Kassandra for them.

There is only so much choice that can be made by players in a primarily story-based game like Assassin’s Creed, although, I felt the main game dealt with choices and consequences very well. I was paranoid when I felt a major decision approaching, and I agonised over how to get the best ending possible. The game didn’t seem to make a song or dance about decisions either, hiding some pretty big choices in seemingly innocent quests. Shadow Heritage has failed many by taking story decisions away from the player and making it seem like they could choose a story decision which Ubisoft gave no alternative.

From a narrative viewpoint, I understand why the devs wanted the ending of the second episode of Legacy of the First Blade to seem like a choice to players, perhaps believing that the majority would pick what they wanted them to. Many, however, felt cheated by the game for dangling a choice in front of them and snatching it away at the last minute. If the game had merely continued without giving players a choice in the matter, I feel the backlash wouldn’t be so great, instead of giving us an illusion of choice as they did.

Overall, I enjoyed Shadow Heritage as a continuation of the Legacy of the First Blade, and I’m thoroughly anticipating the conclusive episode to the story coming out in approximately six weeks’ time. I enjoy hunting down cult members and revisiting areas of the map with forts, camps, and quests I might not have finished during the main game. The development of the naval battles was also a fun addition, and the new skills are incredibly helpful if you like to rein fiery justice down on your enemies. The illusion of choice, however, at the end of the DLC felt a bit cheap. I probably still would have chosen the way the game wanted me to, but I understand why this decision may have caused some fans to lose their love of the DLC. Despite this, Shadow Heritage gave me more of what I wanted from this DLC with a little bit added on the side, raising the stakes significantly for the final conclusion of Legacy of the First Blade coming soon, and I am eager to see how this chapter is my misthios’ story will end.