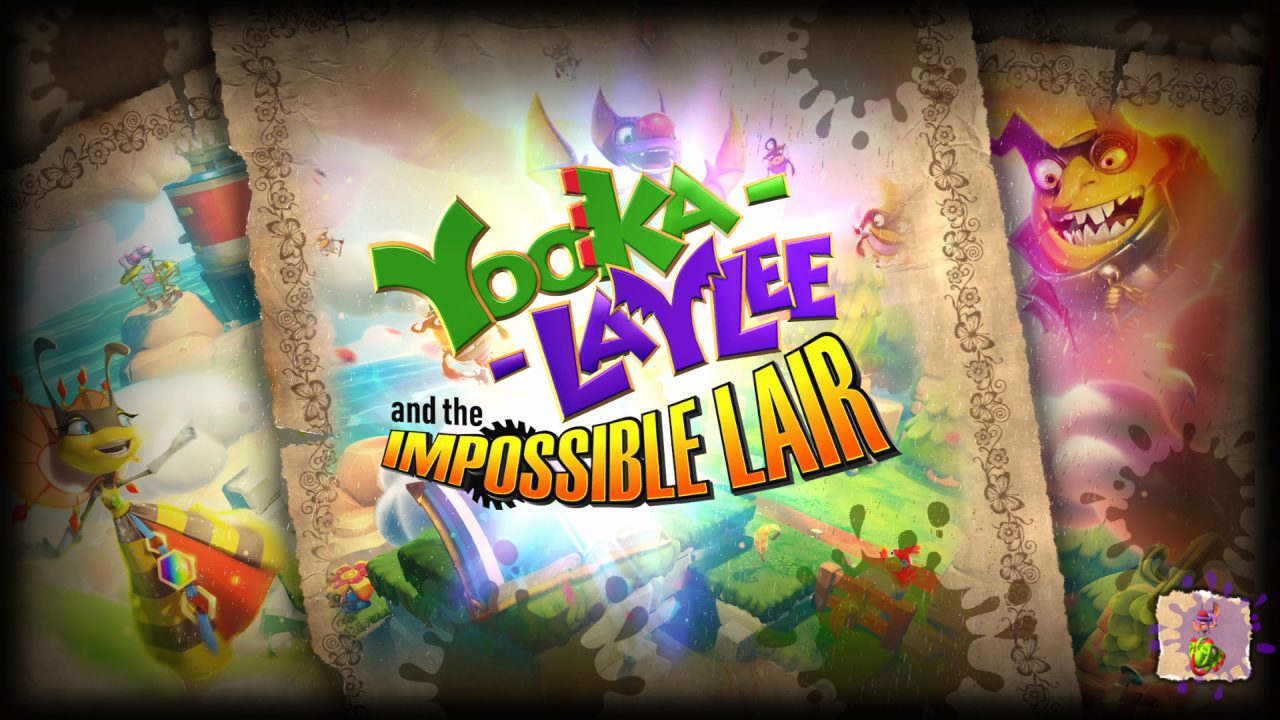 Bee There or Bee Square

The story in Yooka-Laylee and the Impossible Lair is pretty straightforward. The villain from the original game, Capital B, is once again wreaking havoc in an otherwise peaceful land. This time, he’s set his sights on the Royal Stingdom, a tropical and bee-filled land ruled by Queen Phoebee. In dire need of help, Queen Phoebee calls upon the lizard Yooka and the bat Laylee, an adventuring duo with a history of success. In order to defeat Capital B, the pair will have to explore the Royal Stingdom and complete tough platforming levels to rescue the Queen’s royal guard.

While the story itself isn’t very riveting or compelling, it provides a good structure for the gameplay experience. The Royal Stingdom is a colorful and varied place, with loads of characters to meet and secrets to find. Like the classic games it emulates, Yooka-Laylee and the Impossible Lair is more about the adventure itself than some deep plot. I had a great time running around the Royal Stingdom and meeting various characters, forming my own personal journey as I progressed. Although the narrative content is light, the overall atmosphere and joyful attitude keeps things engaging.

Gameplay in Yooka-Laylee and the Impossible Lair feels very reminiscent of the Donkey Kong Country franchise, specifically Donkey Kong Country 2. The majority of the game is spread across numerous side-scrolling levels, littered with obstacles and enemies to dodge. As a pair, Yooka and Laylee can roll, jump, and briefly hover in the air. If you take a hit or bump into an obstacle, you’ll lose Laylee as she attempts to fly away. Without Laylee, Yooka loses most of his maneuverability, amping up the challenge. Luckily, players can retrieve Laylee by hitting a flying bell, which briskly returns the bat to your side. Although early stages are easy enough, the difficulty ramps up over time, providing a satisfying challenge that tests your platforming skills.

Hidden throughout each level are five T.W.I.T. Coins, which are usually tucked away in secret areas or awarded after completing small side distractions. These coins are integral when progressing through the overall game, as “paywalls” force you to have a certain amount of coins to proceed. Some of these coins are deceptively difficult to find, requiring some deft platforming and creative thinking. Those who see Yooka-Laylee‘s bright and colorful visuals and assume that means it’s an easy “kids game” would be severely mistaken.

The Lair of Retrying

The overall objective of Impossible Lair is to infiltrate and complete Capital B’s “Impossible Lair”. The Impossible Lair an exceptionally difficult level, with extra-tough platforming as well as tons of enemies and hazards. You can attempt the lair at any point (it’s available right from the beginning of the game), but one wrong move will result in your immediate death. By design, the Impossible Lair is meant to send you into frustration, like some sort of demented Super Mario Maker level. I don’t want to understate the difficulty here; the Impossible Lair is one of the most challenging stages in 2019.

Luckily, you can earn the loyalty of Queen Phoebe’s “royal beettalion guards” by rescuing them in each level. The Impossible Lair is a tough place, but saving guards gives you a shield that absorbs as many hits as guards saved. Each guard has a witty name (usually a bee pun), along with a bit of biographical info about them. Beyond the quality level design and solid gameplay, gaining a stronger beettalion shield is what propels you through the experience. Unless you fancy yourself a 2D platforming master, you’ll likely want to amass a hefty beettalion shield before attempting the Impossible Lair. Seriously, it’s really hard.

In order to progress to new chapters and rescue beettalion guards, you’ll have to navigate an overworld. Played from an isometric viewpoint, this overworld is more than just a glorified map screen. Levels are represented as individual books, which you must discover as you progress. You can attack bushes for currency in an obvious nod to The Legend of Zelda, discover hidden areas, and unlock various “tonics” which modify gameplay. There are also various challenge levels you can find and attempt, which when completed, change the overworld and unlock bonus areas.

The overworld portion of the game is surprisingly well-designed, and often feels just as satisfying as the side-scrolling content. There is light puzzle-solving, and discovering new portions of the overworld feels rewarding and exciting. Your actions in the overworld can also affect the individual levels, altering their layout. For instance, you can freeze some levels in the overworld, then hop back in and experience a winter-themed version of the same level.

As previously mentioned, tonics make their return, shifting up gameplay and adding funny visual flares. This feature was first seen in the original Yooka-Laylee, and feels like a cross-between an upgrade system and unlockable cheat codes. Tonics can be found hidden throughout the world, and once discovered, can be purchased using your golden quills. Tonics affect the gameplay in a ton of ways, some beneficial and others outright silly. For example, one tonic can improve your climbing speed. Another simply gives Yooka a giant head.

You can have three tonics equipped at once, but their powers come at a small price. Certain tonics reduce the amount of golden quills you earn when equipped. The bigger the tonic benefit, the bigger the reduction. Other tonics modify the game to make it more challenging, which increases your golden quill multiplier. This presents a nice risk/reward system, while also providing a game experience with high customization. Finally, the cosmetic tonics don’t affect your golden quill multiplier, so you can equip those without worry. Some of my favorite tonics were these cosmetic ones, like the “GB Colours” and “GB Resolution” tonics which give the game a retro look.

Like the first Yooka-Laylee game, The Impossible Lair is a vibrant and colorful adventure. If the neon green and purple main characters weren’t indication enough, the visuals are exceptionally playful and exaggerated. The game is abundant with positive vibes, goofy characters, and a general sense of joy. The joyful atmosphere is backed by a fantastic soundtrack, one that’s still distinctly reminiscent of Banjo-Kazooie. I found myself humming along to several overworld tunes as I explored.

The world of Yooka-Laylee and the Impossible Lair is satisfyingly varied, covering most major environment-types that you would expect in a classic platforming game. Levels take place among treetops, in caves full of illuminated geodes, and industrial warehouses complete with conveyor belts. Each stage is bursting with creativity and themed well after the overworld area it’s found in.

The Bottom Line on Yooka-Laylee and the Impossible Lair

Overall, Yooka-Laylee and the Impossible Lair does a great job paying homage to side-scrolling classics while maintaining its own unique style and flair. Apart from the occasionally frustrating difficulty, the entire experience is remarkably upbeat and joyful. The game will take you anywhere from 8 – 12 hours to complete, depending on your platforming skill and provided you intend to see every level that it has to offer. At a mid-tier price point, Yooka-Laylee and the Impossible Lair is rather dense in content and unlockables, adding overall value to the package.

For fans of Donkey Kong Country or the 2D platformer genre in general, Yooka-Laylee and the Impossible Lair presents a challenging yet satisfying gameplay experience. Like the original game, it feels both fresh and familiar, providing a sense of nostalgia with completely modern content. If anything, this spin-off is proof that the Yooka-Laylee franchise can exist outside of the 3D platformer genre. It’s fun to play, packed with secrets, and generally puts a smile on your face. In my opinion, that’s an experience that’s worth the mid-tier price point. Just don’t get too frustrated when the difficulty starts to ramp up!