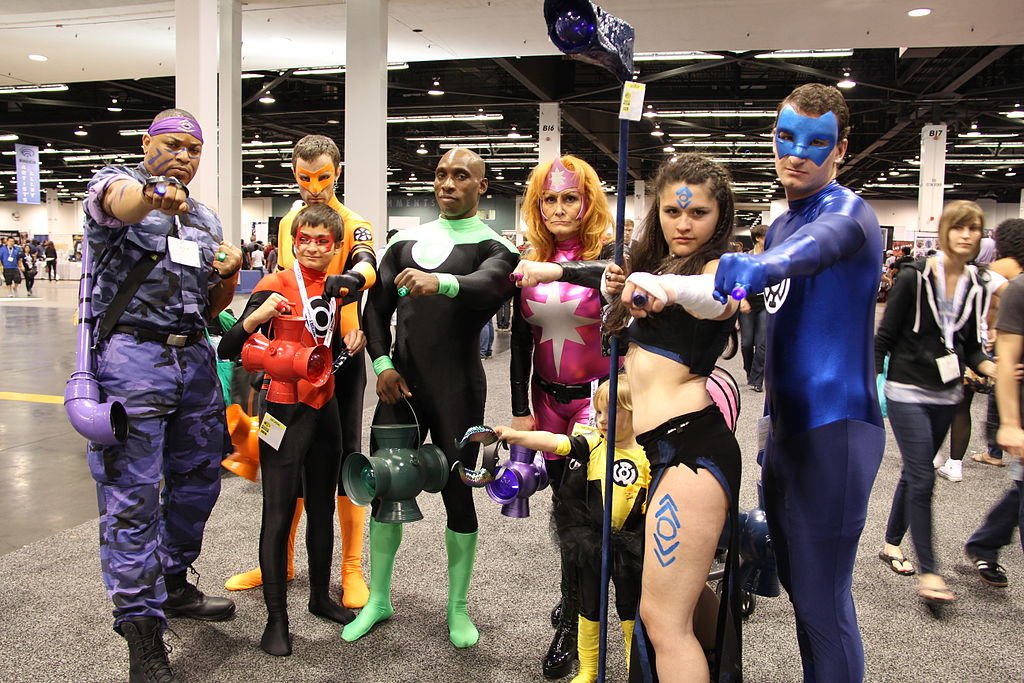 Today, WonderCon is run by SDCC (San Diego Comic Con) but it originally came to life back in 1987 – in Oakland, California. It was originally called “The Wonderful World of Comics Convention” (catchy) and was the brainchild of John Barrett, a Bay Area comics retailer. It wasn’t until the third year that it became WonderCon.

The original show included all the classic comics convention features: an Exhibit Hall with dealers selling old and new comics and other items, programming, anime screenings, and games. It was taken over by SDCC in 2002 and moved from San Francisco to Anaheim in 2012.

WonderCon is Comic-Con International’s sister show, embracing all the main aspects of the world famous conventions that we know and love: comics, movies, TV, animation, the Masquerade, and more. This year is no different.

Exhibitors include everyone from 168 Dragon Trading Link (Japanese animation, toys and collectables) to ZMX Comics. Authors and special guests who will be signed autographs include R.A. Salvatore (Child of a Mad God, The Legend of Drizzt), Patrick Rothfuss (Kingkiller Chronicles), E.K. Johnston (Star Wars: Ahsoka, That Inevitable Victorian Thing) and Elizabeth Briggs (Future Shock trilogy), among many others.

WonderCon games offers over 95+ different game titles during the convention, including tournament rounds. The free games to play all weekend include Cards Against Humanity, Defiance Monopoly, Exploding Kittens, Fluxx, Guillotine, My Little Pony, Munchkin, Pandemic, Settlers of Catan, Superfight, Superhero Squad, Ticket to Ride, Tsuro, Ultimate Battles, VS System, and many more. There’s also a gaming area with tables available to play for fun or to compete more seriously.

The famed Masquerade event will take place on the Saturday evening, and is free to participate in and attend. Unfortunately, all contestant spots have filled this year but there’s always 2019! Cosplay can be a big part of any convention but if walking around dressed in a homemade stormtrooper isn’t enough, this is the chance to show off your handiwork and celebrate the incredible creativity of the nerd community.

Saturday only badges are sold out but three-day badges are still available as are Sunday only and Friday only badges. Note that badges will not be sold on site and international badges must be picked up on arrival as they can’t ship overseas (the same goes for those of you who purchased your badge after February 20th).

For more information check out the programming schedule for panels, talks and workshops; and the details of the portfolio review, a chance to get an honest appraisal of your own work and feedback from big name companies. Check out the anime schedule here, for an extended three-day screening schedule featuring some of the very best in Japanese animation.

Lastly, WonderCon this year welcomes part two of the 13th Annual Los Angeles International Children’s Film Festival. The festival kicked off in December at the Los Angeles County Museum of Art, showing some of the best short films for kids from around the world.