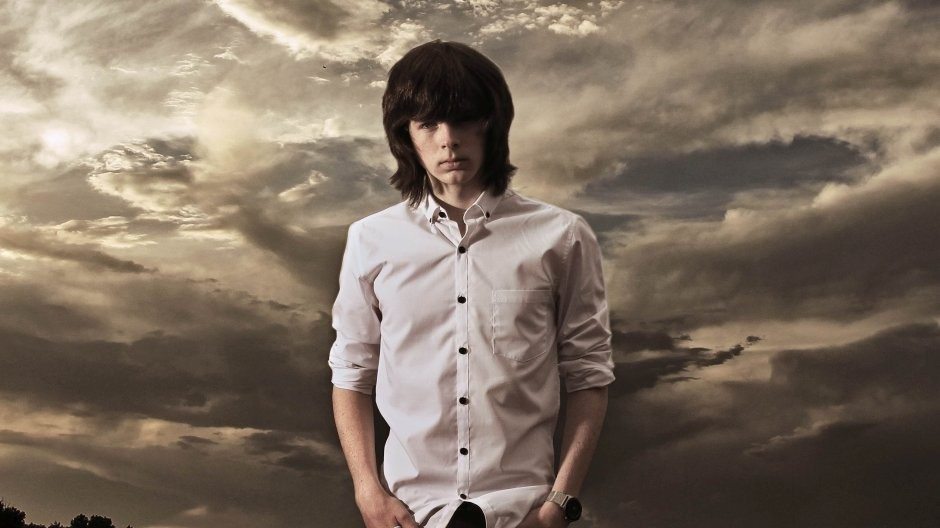 On October 21st “Chandler Riggs, best known for his role as Carl Grimes on The Walking Dead, will play The Evil Within 2 on Xbox Live Sessions, an interactive livestream hosted on the Mixer Xbox Channel.”

Chandler Riggs’ appearance on the Xbox Live Sessions is a double PR move designed to hype up not only the game, but The Walking Dead’s 8th season premiere airing the following night: October 22nd.

Riggs had this to say:

“It’s super fitting to join Xbox Live Sessions to play this awesome, but scary and mysterious game, given my role on The Walking Dead and with Season 8 premiering Sunday night. I can’t wait to play The Evil Within 2 and interact with my fans, and hope everyone has a great time!”

To get a feel for Riggs’ taste in gaming, you can check out this interview he did about League of Legends and eSports back in 2014. He has a genuine passion for LOL and Day Z (at the time), talking about dedicating fridays to late-night LOL sessions.

Viewers of the live-streamed game session will get an opportunity to ask Chandler questions and potentially win prizes.

In my books, Conan O’Brien is still the most interesting celeb to watch play a game. Be sure to check out his scathing review of Final Fantasy XV alongside Elijah Wood if you haven’t already. Kudos to Square Enix for believing the exposure is still worth it despite his hatred for their flagship title (I’m sure a mobile money-maker is their new flagship in this day and age).

Any celebs you want to see streaming?