The first of the two free updates launches on November 23rd and adds the majority of the new content to Splatoon 2. This update includes four new battle stages — Mako Mart, Arowana Mall, Shellendorf Institute, and Walleye Warehouse. The new maps won’t all be available at once, however. Mako Mart will be playable on Friday, November 24th, with the rest of the stages rolling out over the following weeks.

Mako Mart resembles a convenience store with shelves of colorful items and towering product displays. Arowana Mall and Walleye Warehouse are both making a comebacks from the original Splatoon. Arowana Mall is a long, narrow stage designed like a shopping mall, while Walleye Warehouse is a close-quarters stage with lots of crates and conveyor belts. Finally, Shellendorf Institute is a brand new map that screams Museum of Natural History; there’s a dinosaur skeleton hanging from the ceiling and everything!

But wait! That’s not all. Nintendo is also adding a map for the Salmon Run multiplayer mode. Salmonid Smokeyard, which features a wide area of beach with raised platforms on the sides of the map and fan lifts for quickly traversing the platforms. Salmonid Smokeyard will be added to the map rotation as soon as the update is live.

Splatoon 2‘s upcoming update will have your Inkling looking fresher than ever before with four new hairstyle choices and about 140 pieces of new gear. The hairstyles, one of which is pictured above, feature two new styles for female characters and two more for males. As for gear, some Splatoon favorite pieces are coming to the sequel, in addition to brand new shoes, headgear, and shirts, some part of the new winter clothing line.

If you’ve maxed out your level at 50, you will be happy to hear Nintendo is increasing the level cap to 99. Additionally, a level 99 player can reset their level display to “★1” so they can continue raising their level. Talk to Judd when you reach level 99 to do this.

To go with your rocking new look and higher level, Splatoon 2 will receive some fresh tunes from in-game bands. The new battle music will come from punk-rock Bottom Feeders and classically trained Ink Theory. 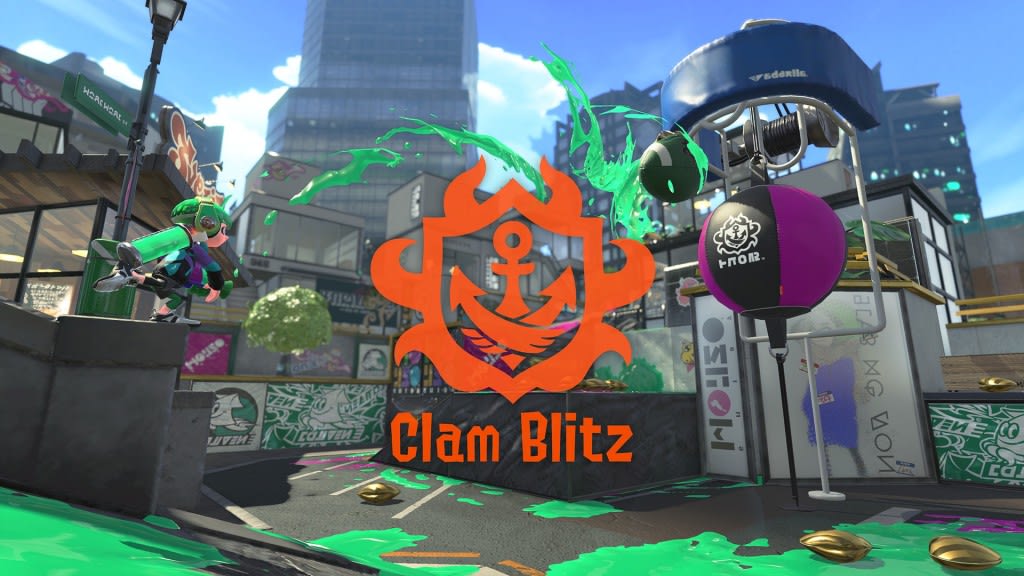 The final major content addition will roll out sometime mid-December. Called Clam Blitz, the new mode is similar to Salmon Run but with the freedom to choose your weapon and lack of angry fish enemies. Read Nintendo’s synopsis of the interesting new way to play below.

“In Clam Blitz, competing Inklings are tasked with collecting clams scattered around the stage. After one is picked up, the clam follows the player. The objective is to throw the clam into the basket near the opponent’s base. The first team to score 100 points wins! But, of course, this being the fiercely competitive world of Splatoon 2, things are not as easy as they seem. The baskets are protected by a barrier, which much be destroyed first. After collecting 10 clams, the player will earn a Power Clam. These super-powered clams are the key to breaking the barrier, so strategy will definitely be involved in which clams are used to destroy the barrier and which are used to earn points. Not to mention the extra-satisfying opportunity to steal opponents’ clams by splatting them…”

Splatoon 2 is available now only on Nintendo Switch.