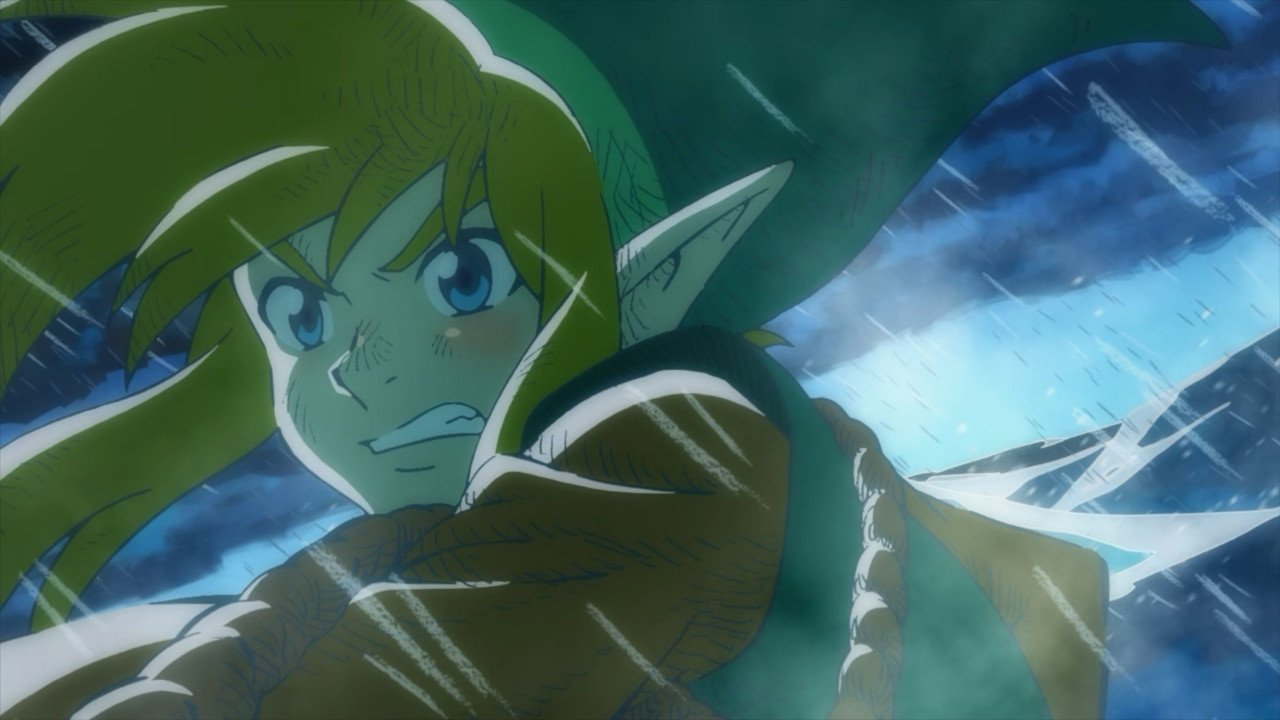 The Legend of Zelda: Link’s Awakening Review – One Weird Island

The Legend of Zelda: Link’s Awakening is a vibrant and personable remake of the Game Boy title from 1993. Often considered the “other black sheep” of the Legend of Zelda franchise (with Majora’s Mask as the other outlier), Link’s Awakening offers a familiar adventure with some surprising twists and turns. Like any other Nintendo-developed remake, there are a handful of new features and a bright new visual style. Beyond the modern quality of life adjustments and a handful of new features, does this remake stand up on its own, or is it plagued by early 90’s game design? Let’s find out if Link’s Awakening finds a new life on the Nintendo Switch, or if it remains a quirky but flawed adventure.

The Island of Koholint

The adventure opens up with our hero (by default he’s named Link, but you can choose whatever name you’d like) sailing his way through a fierce storm on the open ocean. The waves lick against his simple raft, sending him overboard and into the water below. Some time later, he washes up on Koholint Island, a lush piece of land with quirky inhabitants. Link is quickly rescued from the beach and eventually awakens in the home of Marin and Tarin, two Koholint Island citizens. From there, Link begins his adventure into the unfamiliar land, hoping to find his way home.

The storytelling in Link’s Awakening is rich with character and humor, and it’s consistently upbeat and quirky. Music plays a big role in the story, as Link must collect the eight “Instruments of the Sirens” in order to awaken the mystical Wind Fish and find his way home. Whereas other Legend of Zelda games are more focused on dramatic stories with a hefty amount of fantasy, Link’s Awakening seems content with being cheery and silly. Other Nintendo characters and enemies pop up from time to time, adding another interesting twist to the otherwise self-contained world of The Legend of Zelda.

Although Link’s Awakening is strikingly different from other Legend of Zelda games, the experience should still be very familiar for fans of the franchise. Played from an almost top-down perspective, the mixture of action and adventure is still recognizable. To collect the fabled instruments of the sirens, you’ll explore a colorful and lush world with challenging puzzle-filled dungeons to complete along the way. In the beginning, you’ll barely have enough gear to defend yourself, apart from your trusty sword and shield. As you progress through the many quests and dungeons in Link’s Awakening, you’ll earn new items and gear that allow you to reach previously inaccessible areas.

One of the biggest changes to the Legend of Zelda formula is the inclusion of a manual jump. Although it might seem like a small change, the ability to jump opens up some fun gameplay scenarios. There are side-scrolling segments, some of which even feature enemies from the Super Mario Bros franchise. Pitfalls can be leaped over, and certain attacks can be swiftly dodged with a well-timed jump. The jump, combined with the super-fast Pegasus Shoes, provides for some interesting exploration segments.

Link’s Awakening can be challenging from time to time, mainly due to it’s “you’ll figure it out eventually” attitude for objectives. Although you can reach out for hints in a variety of ways, you’ll rarely have a straightforward objective. Making progress in your quest requires a decent amount of outside-the-box thinking, mindless exploration, and having the right items at the right time. It can be frustratingly obtuse at times, but these moments are fleeting and rare. For the most part, Link’s Awakening is a refreshing challenge that doesn’t hold your hand too much.

Link’s Awakening comes with its fair share of quality of life improvements, updating some of the more dated mechanics. Since the game has its fair share of puzzle-solving that requires accurate memorization of characters and their locations, a new map has been added to make navigation more simple. New areas of the map are uncovered as you visit them, and zooming in on the map reveals a surprisingly detailed view. Individual locations can be marked with various pins, reminding you where hidden chests and other goodies are tucked away. You’ll often need to retrace your steps and revisit previous areas, so the inclusion of an intuitive and useful map makes the gameplay experience less confusing.

Helpful reminders also come in the form of the “memories” tab, where you can easily look back on what you’ve seen and learned in your adventure thus far. There’s nothing more frustrating than putting down a video game for a few weeks, only to pick it back up and completely forget what you were doing. The Legend of Zelda franchise has been occasionally frustrating in that regard, but Link’s Awakening makes it simple to jump back into the action.

Step Into My Chamber

One of the biggest additions to Link’s Awakening is the dungeon-creator feature. This brand new sub-mode allows players to craft their own dungeon, using room tiles from previously conquered areas. You can start up the chamber dungeon creator by visiting Dampe, the generally gloomy undertaker character that persists throughout the franchise. He’s not too hard to find, and after a bit of coaxing, you can start crafting a dungeon of your own.

You’ll unlock more room tiles as you complete story dungeons, or by obtaining mysterious tablets during your adventure. Tablets can be purchased as well, but they come at a high price. These room tiles are the building blocks for your dungeon, and you can rotate and place them to your heart’s desire. There’s also a fun set of tutorial-puzzles to solve, which set a list of objectives and challenge your dungeon-making skills. While it’s not as fully-fledged as I would’ve liked, the chamber dungeon feature is a neat addition to an already quirky game.

Everything looks like miniature toys, crafted with a glistening sort of clay. At first, the visuals can come off as very cutesy and soft, but the artistic design ends up matching the quirky tone of the game quite well. Despite its visual flair, Link’s Awakening is pretty easy on the eyes, maintaining a vivid color palette without causing any headaches or stimulus overload.

The Bottom Line on The Legend of Zelda: Link’s Awakening

Overall, The Legend of Zelda: Link’s Awakening is a whimsical albeit challenging entry in the much-beloved franchise. The revamped graphics and general gameplay improvements make the adventure that much more entertaining, breathing life into one of the most underrated Zelda games in the entire series. Although some aspects of the journey might be a bit monotonous and objectives can be occasionally confusing, Link’s Awakening provides an exceptionally well-designed adventure.

By including other Nintendo characters and not shying away from goofier storytelling, The Legend of Zelda: Link’s Awakening turns out to be one of the Switch’s best games. It’s an adventure that will take you anywhere from 15 – 30 hours to complete, depending on how many extra goodies you want to find. For fans of the original Game Boy game, this Switch remake is sure to bring back fierce nostalgia complete with a giant smile. If you’re new to Link’s Awakening, it might take a bit of getting used to, but it’s a challenging excursion that’s well worth the time investment. If you’re looking to add a bit of quirkiness to your Nintendo Switch library but you’re still looking for outstanding game design, Link’s Awakening is your best bet.