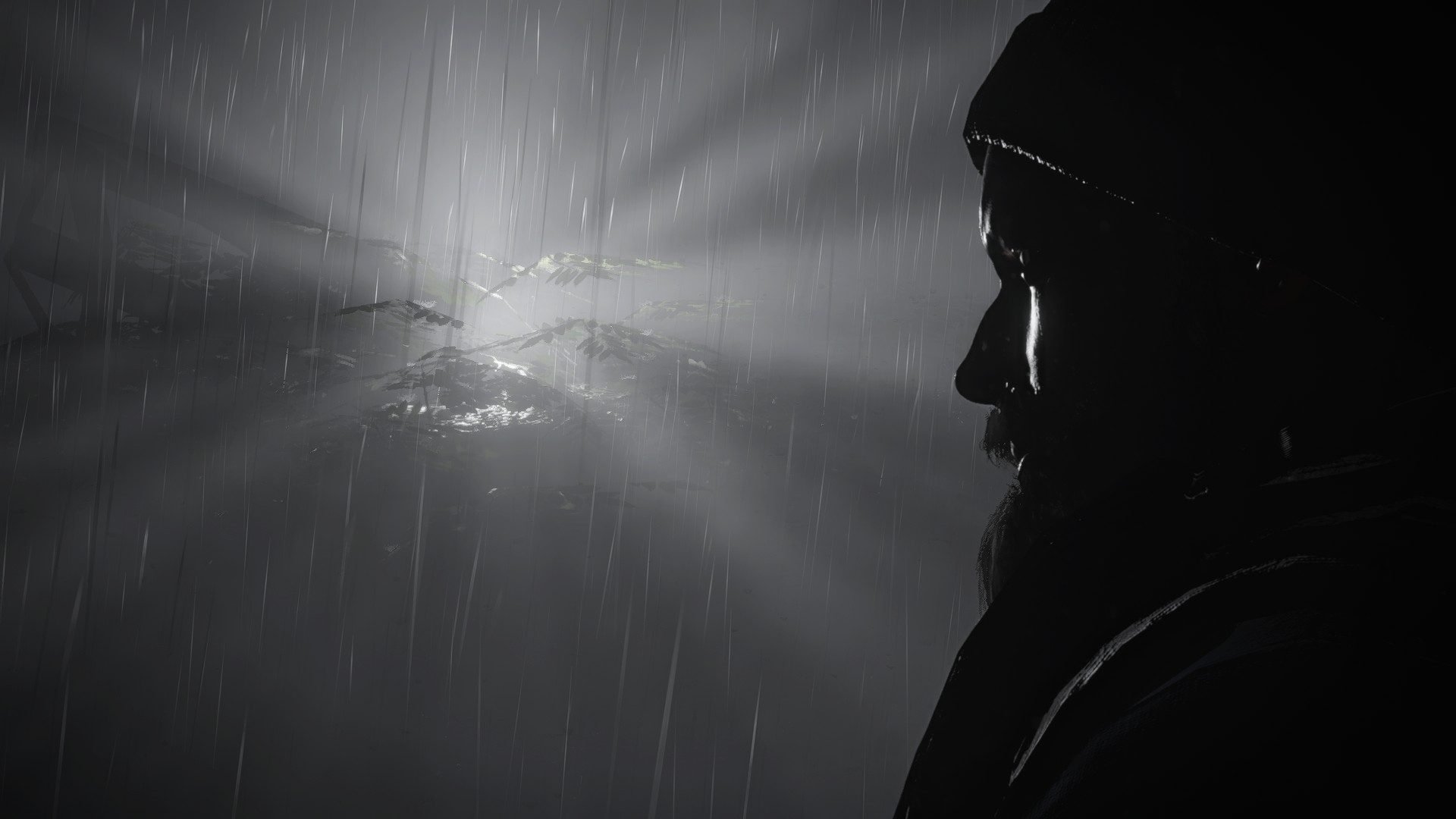 Tom Clancy’s The Division 2 trades the high-rises of New York City for the grand halls of Washington D.C., where the civilization has crumbled and various military factions fight for control. Taking place a few months after the original Division game, the Division 2 tells a similar story of political espionage and anarchist chaos amidst the rubble of the United States capital city. You play as a specialized agent in the titular Division, a elite group of sleeper cells designed by the government to ensure peace and order. As you search through the ruined monuments of Washington D.C., you’ll find that keeping order and eradicating crime is much harder than it seems.

Although the original Division game was well received, it had a few flaws. The Division 2 aims to fix those faults and improve across the board, offering a fun and engaging shooter-looter loop. Either solo or online with up to four friends, you’ll explore the various regions of the city, gunning down enemies and grabbing new gear. There are a handful of competitive player-versus-player options, but the main focus is on exploring the crumbling national city. Like the previously decimated New York City, D.C. is an urban jungle of ruined landmarks and dangerous enemies, where nature has slowly started to reclaim its hold on the land.

Although the main narrative of The Division 2 is serviceable, it lacks plot and character. Your journey as a Division agent cleaning up the streets is a functional tale that serves as a good foundation for various missions and outings. In many ways, the world itself is the more focal aspect of the experience. Washington D.C. plays as a far more evocative setting than New York City. The disregard for history and culture by the various bandit gangs are well shown, as you navigate graffitied monuments and damaged statues. Main missions are often located in well-known buildings, such as the Lincoln Memorial, the Washington Monument, and the American History Museum. The Division 2 also uses the history of the U.S. in some fun ways, providing fun and interesting objectives that see you delving into the nation’s most secure areas. I especially enjoyed my time in the various museums and exhibition buildings, which feel like a post-apocalyptic version of a carnival shooting gallery.

Scattered around the city are various settlements that serve as forwarding bases, where you can grab new missions, recruit various NPCs to your cause, and trade guns and gear. These settlements can be upgraded through natural progression and by finishing “projects”; a collection of objectives that usually reward you with new crafting blueprints. At the White House, which serves at your home base, you can also craft new weaponry, buy new skills, and further strengthen your character. There’s an abundance of activities to take on in this post-apocalyptic capital, and it’s mostly done in the name of loot.

The Division 2 provides a mixture of tactical third-person-shooting and experience-based leveling for a surprisingly exciting gameplay loop. Besides progressing the plot through main missions, your focus is on reclaiming the city and eradicating the local gangs. As you complete various activities scattered around the open world and finish missions, you’ll gain experience and find stronger guns and gear. Weapons and armor are all tied into your overall player level, which rises as you earn more experience. There are a slew of different weapon types, including shotguns, snipers, assault rifles, pistols, and more. These weapons all have varying stats and bonuses, which can be adjusted by adding crafted mods to them. You’ll also find various skill points in the form of “SHD Tech”, hidden caches that are found via exploration and natural progression. SHD Tech allows you to unlock various passive skills and weapon modifications.

There are also a handful of gadget to unlock and equip, each with a handful of variants to match your play style. For example, damage-heavy characters might find success with the seeker mines, which can be deployed for explosive results every few minutes. Support-based characters might prefer the HIVE gadget, a nifty piece of tech that provides healing and damage buffs to your allied players. It’s a lot of fun experimenting with new weapon and gadget combinations, as well as refining your gear set to match your strengths.

There’s an inherent level of difficulty to The Division 2 that you usually don’t see in the loot-heavy games like Diablo and Destiny. Although you can play the game solo, it feels like the missions were crafted for multiple player groups. Enemies are very accurate, and will quickly riddle you with bullets if you’re not behind cover. I often found myself suppressed into a position, only to be quickly flanked by the enemy. The various bandits and militants of The Division 2 are a force to reckoned with, from simple grunts to high-level bosses. It’s a challenge that feels a bit unfair at times, but forces you to play in a tactical manner.

Fortunately, The Division 2 does a great job of pointing out what enemies are capable of what, and the level of priority they should have in a firefight. When dozens of enemies rush your position, it’s tough to keep track of things. Luckily, enemies are quickly identifiable by the color of their health bar and the symbol next to it. Lower-level grunt enemies have a standard red health bar, with higher tier enemies appearing as purple and gold. These visual cues are very helpful during tense fights, and help balance things strategically. There are three different settings for color-blindness as well, so accessibility is no issue.

The difficulty can bring some other frustrations for solo players though, as repeated deaths can often mean a long trek back to the activity you were trying to complete. Without any allies to revive you, you can either request a revive from nearby players or respawn at a checkpoint. It’s often smarter to be conservative and sit back further from firefights, lowering the chance of lengthy respawns. If you go into The Division 2 expecting a guns-blazing, frantic shooter, you’ll be disappointed. Like other games under the Tom Clancy moniker, The Division 2 is a tactical challenge that will test your aim and strategy.

Beyond the End Game

Progressing through the main campaign of The Division 2 should take you around 20 – 30 hours to complete, but that number can quickly rise due to the excessive amount of side content. There are dozens of hours of fun to be had before you hit max level, and the progression loop makes it easy to continue playing.

However, The Division 2 truly proves its worth in the end-game content, which is as expansive as it is plentiful. Without spoiling anything, The Division 2 gives you more than enough reason to continue playing long after you’ve reached the level 30 mark and completed the main story. Hardcore fans will easily find a 100 hours or more of content to see, and everything manages to stay surprisingly refreshing. Despite the “shoot and loot” nature of the gameplay, The Division 2 consistently introduces new and exciting ways to avoid repetition from sinking in.

Visually, The Division 2 is an interesting mix of a standard post-apocalyptic city locales and some very detailed world building. The streets of D.C. are packed with detail, as are the various apartments, shops, and buildings that lay off the beaten path. The Division 2 looks decent on an overall level, but it never really establishes a visual identity. The world has a progressive day and night cycle that shakes up the atmosphere, but at first glance, The Division 2 doesn’t do anything widely creative with its visuals.

On the smaller scale, The Division 2 manages to succeed with evocative visual storytelling. Immediately upon entering an area, you’re able to get a glimpse into its pre-apocalypse state simply by the visual makeup. Abandoned children’s toys are left strewn on depressing apartment floors, where nearby food is rotting away. Remnants of government quarantines and impromptu medical shelters are scattered around the city, providing a real sense of dread and tragedy. As you enter each new building or side alley, you feel like you’re stumbling into a living, breathing place, where humans are no longer the dominant force.

Unfortunately, the launch window build of The Division 2 is ripe with a variety of bugs, ranging from innocuous to session-ending. On the lower end of issues, graphical textures are prone to pop-in, and character animations can go haywire. Collision and hit detection can occasionally cause issues during gameplay, which is frustrating and bothersome. The graphical issues will depend on your hardware of choice, but most of the gameplay bugs pertain regardless of platform.

More serious though, is the consistency of which The Division 2 can crash on both a software and system level. On the standard Xbox One, we encountered several game crashes, and even a couple that forced the console to shut down. This problem was reported by other players as well, so the issue is more prevalent than one would hope.

These issues are all currently being worked on, as new patches alleviate these problems. Unfortunately, the game is far from perfect, and these consistent technical issues mar an otherwise enjoyable experience. With time, I’m sure the smaller issues will be worked out, but the random crashes are more concerning. It’s not a deal-breaker for me, but I know it will be for some.

The Bottom Line on Tom Clancy’s The Division 2

The Division 2 provides a challenging, yet addictive shooter-looter experience that I found more interesting as time progressed. On the surface, it’s another online-exploration title, with a flurry of numbers, statistic, abilities, and mechanics. Once you’ve invested some solid time into the game, it opens up in surprising ways. In both major and minor ways, The Division 2 always ensures there is something new or interesting to keep you playing. The wide variety of activities and modes provide a good balance of questing, PvP content, and end-game grinding. You can easily spend dozens of hours brushing the world with a fine-tooth comb, discovering new missions, bosses, and collectibles.

Furthermore, The Division 2 shows no sign of slowing down, with the promise of new content both free and paid on the horizon. This is good news for people looking for a new “lifestyle” game, or those who found other shooter-looter titles lacking in longevity. Hopefully, new patches will also include some bug fixes as well, as the game suffers from technical issues. If The Division 2 is able to hammer out these technical problems and maintain a good supply of content, it has potential to become very popular. There’s a lot of tactical gunplay to be had in The Division 2, but it’s challenging in a number of ways. If the frustration of difficulty doesn’t scare you off, you’ll find The Division 2 to be an enjoyable, if flawed shooter experience. There are more refined games out there, but The Division 2 is plenty of fun, with the potential for excellence.