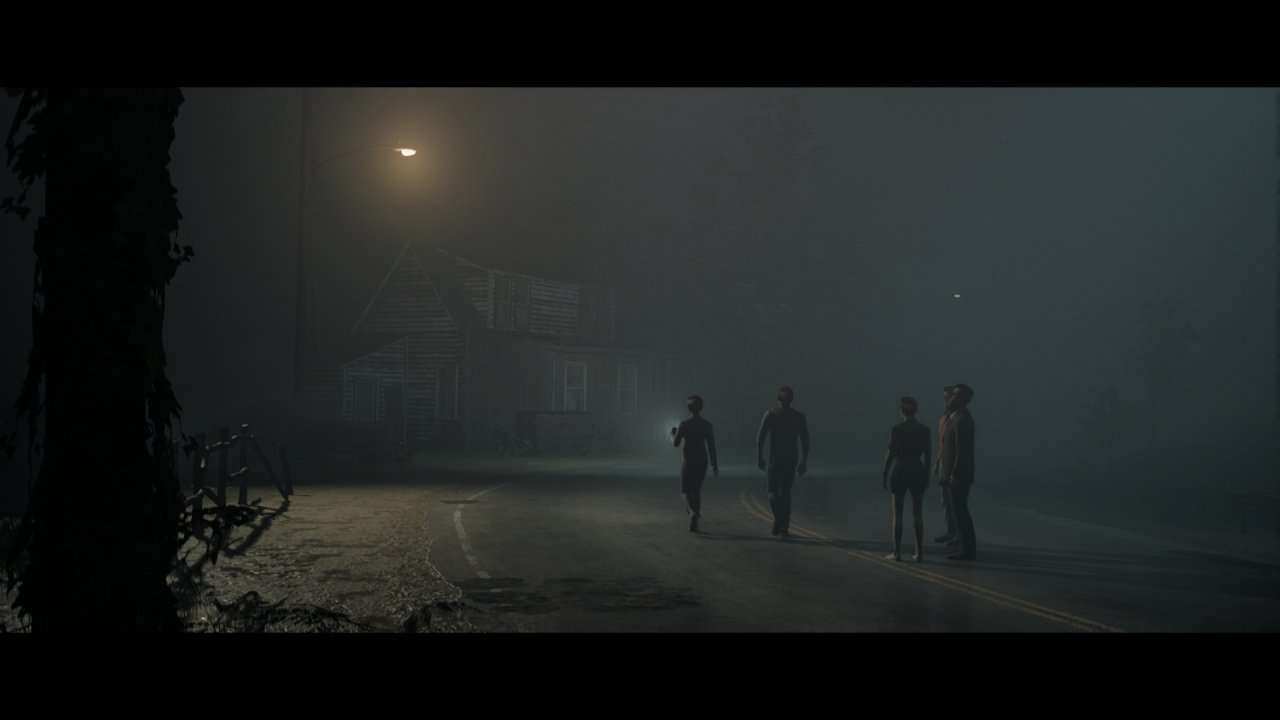 The Dark Pictures Anthology is the latest effort from Supermassive Games, the esteemed creators of the exceptionally creepy PlayStation 4 game, Until Dawn. The first entry in this horror game franchise, Man of Medan, was a fun and mysterious character-driven adventure, where player-choice played a huge role in the narrative. The second entry in the series, The Dark Pictures Anthology: Little Hope, promises another creepy trek through a mysterious and terrifying world, where consequences are just as high as the tension. Trading the ghost-ship setting of Man of Medan for a spooky, foggy town that’s reminiscent of Silent Hill, Little Hope focuses on a group of five characters trying to survive through a night packed with supernatural scares. Does The Dark Pictures Anthology: Little Hope succeed in its attempt to provide big-budget frights and a compelling mystery at a mid-tier price, or is this an uninteresting and predictable journey? Let’s see if Little Hope is another winner from Supermassive Games!

A Bus Full of Pals

In Little Hope, you (and up to four other players locally) play as a group of college students and their professor, aboard a bus on their way to a field trip. After an unexpected detour takes them toward the fog-ridden town of Little Hope, their bus careens off the rural road, flipping over in a violent crash. Although they avoid any major injuries in the accident, the five protagonists find themselves stranded in the middle of nowhere, with the bus driver missing and no rescue in sight. A dense, supernatural fog keeps them from retreating, while shadowy figures and frightening visions urge them to keep moving forward. With no better plan, the class heads toward the epicenter of Little Hope, seeking help.

Much like the first Dark Pictures game, Little Hope has a well-rounded cast of characters with distinct personalities. The most focal character of the story, Andrew, is a pleasant young man with a bout of amnesia, spurred on by the bus crash. Andrew is played by the popular Hollywood actor Will Poulter, best known for his roles in films like The Maze Runner, Midsommar, and Black Mirror: Bandersnatch. Poulter’s performance is commendable and adds a bit of star-power to the cast, and his likeness makes Andrew an emotive and sympathetic character.

Alongside Andrew are his classmates Daniel, Taylor, and Angela. Daniel, a scruffy and slightly egotistical brown-haired guy, seems romantically interested in Taylor, an independent woman who’s not afraid to speak her mind. This often gets on the nerves of Angela, a senior student who is equal parts gossipy, judgmental, and docile. This ragtag group is led by their professor John, a skittish and bespectacled teacher who overcompensates for his lack of confidence by thrusting himself into a position of authority. Over the course of your time in Little Hope, you’ll play as all five of these characters, making decisions and judgment calls. While their personalities and convictions are ultimately swayed by your choices, I was pleased with the initial character-building, which helped me make tough calls when no easy option presented itself.

One Night in Little Hope

The gameplay in Dark Pictures: Little Hope is very similar to other horror/adventure titles by Supermassive Games. The experience is split into dozens of playable story chapters, where you control one of the five main characters. The game can be played in either single-player or multiplayer modes, including both pass-and-play couch co-op and two-player online co-op. A large portion of the game involves passive scenes of dialogue, where you can choose responses and weigh-in on the subject at hand. Seemingly small decisions can have far-reaching consequences, as the relationship between characters is altered with every passing response.

When you’re not engaged in a cutscene or section of dialogue, you’ll spend time trotting around the town of Little Hope, exploring the environment looking for clues and collectibles. Most collectibles are easy-to-spot, thanks to a helpful glimmer effect that sticks out in the shadows. Little Hope has some surprisingly good-looking graphics, with creepy, dimly lit environments drenched in atmospheric tension. You’ll search through abandoned buildings and homes, take a midnight walk through the woods on the historic “Witch Trail” of Little Hope, explore a creepy museum, and more. At worst, the playable characters can look a bit wooden at times and the environments can be too foggy. I also ran into a few areas that were prone to frame-rate dips, but these will vary depending on your platform of choice. Beyond these issues, the visuals in Little Hope stay consistently impressive throughout the journey.

Whenever the action ramps up, whether due to a frightening encounter or tense moment, you usually have to complete a quick-time-event. For example, while scurrying up the side of a muddy ditch, you must press the appropriate buttons without a mistake. Other sequences have you pressing a button in time with a heartbeat monitor, forcing your characters to stay calm during times of distress.

If you happen to fail a quick-time-event, the consequences can be brutal, as Little Hope contains permadeath. If your actions result in any character deaths, the story continues on, with their secrets left for a later playthrough. Luckily, you can find pictures scattered around the environment that trigger premonitions. These visions show you small glimpses of possible outcomes, giving you a slight edge when making potentially dangerous decisions.

The Value of Mystery

Although the premise of Little Hope seems about as cliché as they come – five personable protagonists explore a creepy, seemingly haunted town – but there’s an intriguing sense of mystery that keeps the narrative compelling in the opening hours. As the cast investigates Little Hope, they begin to experience terrifying visions, where they are seemingly transported back to the 17th century. In these visions, they witness a young girl trapped in the middle of a series of witch trials, revealing Little Hope’s dark and violent past.

As the class struggles to figure out the truth behind these mysterious hallucinations, deformed creatures start to stalk their every move. This presents a suspenseful cat and mouse game, where safety is rarely an assurance. While the game does a good job dredging up some discomfort and anxiety, don’t expect anything exceptionally terrifying. Jump-scares are the main method of “fright” in Little Hope, which eventually becomes repetitive. That said, the overarching narrative has some disturbing themes, but nothing that will really keep you up at night.

That said, Dark Pictures: Little Hope has multiple endings, some of which are quite underwhelming and lack a solid pay-off. It’s a game that is meant to be replayed, taking different paths and making new decisions to discover the bigger narrative picture. Unfortunately, these branching paths don’t make a huge impact on the story, which is wrapped up neatly by the end of things. Although I enjoyed the late-game twist that Little Hope offered, it undermined my choices. In the previous game, Man of Medan, consequences were punishing and had abrupt and notable changes on the outcome of the narrative. In Little Hope, it seems like your choices offer slightly different paths toward the same eventual ending.

The Bottom Line on The Dark Pictures Anthology: Little Hope

In a lot of ways, Little Hope wears its inspirations on its sleeve. The foggy, spectral town of Little Hope is pulled right from a Silent Hill game, while the occult-based narrative feels like a cross between The Blair Witch Project and Final Destination. Overall, this results in an intriguing mystery that kept me guessing for most of the game’s runtime. In terms of storytelling, Little Hope feels like a step up from the last game, Man of Medan, but it’s still not as solid as the developer’s breakout hit, Until Dawn. This is mostly due to the notably passive gameplay, which features fewer quick-time-events, more cutscenes, and the lack of a truly branching narrative.

With that considered, The Dark Pictures Anthology: Little Hope is still an adventure worth taking, in my opinion. Thanks to the local multiplayer options, it’s a good alternative to a group movie-night, sure to give you and your friends a handful of frights. As long as you’re okay with a hefty helping of jump-scares, Little Hope will provide you with around three to four hours of horror entertainment. There are definitely some flaws here and there, and hopefully Supermassive Games will work those out before the release of the third (and possibly final) Dark Pictures title. Either way, Little Hope is a satisfying follow-up that manages to keep the series alive with some enjoyable scares.