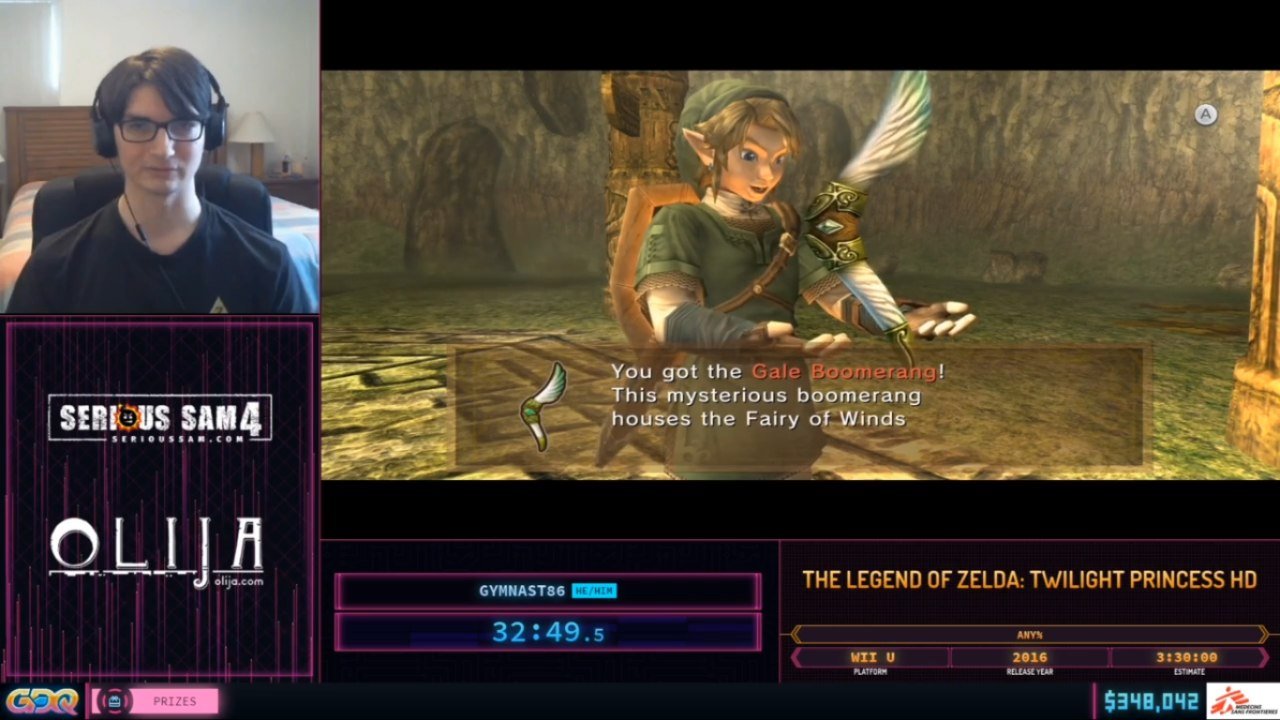 There were even more awesome speedruns at SGDQ 2020 day three, including a handful of horror games, some 16-bit classics, along with a slew of retro action games. As always, the streamers and crew members behind the Summer Games Done Quick 2020 marathon are raising money for charity by streaming speedruns for seven days straight, and day three was just as fun as the last two! We’re just about at the halfway point for the marathon, but there are still four days of speedrun fun left to enjoy. In case you missed a chunk of SGDQ 2020 and are looking for some recommendations, here are some of our picks for the best speedruns of day three!

If you want to check out any of the speedruns mentioned below, you can watch replays on both the Games Done Quick Twitch channel and YouTube channel. As always, the games listed below are simply a small selection of the massive list of scheduled speedruns, filtered purely based on personal taste. If your favorite speedrun from SGDQ 2020 day three isn’t on this list, don’t fret, as there is a good chance it just slipped past us. As always, we recommend you check out the full SGDQ 2020 schedule to see every game that was played on day three. That said, if you are just looking for some entertaining speedruns to enjoy, these should get the job done!

Yono and the Celestial Elephants (No Major Skips) by Bullets

Yono is a game that I had never heard of before now, and boy am I glad that speedrunner Bullets was able to show the game off at SGDQ 2020 day three. This absolutely adorable indie game features a cosmic elephant, stomping cutesy 2D environments while avoiding enemies and solving light puzzles. Clocking in at just over 15 minutes, Bullets’ run of Yono and the Celestial Elephants is perfect for a quick watch. It’s colorful, it’s lighthearted, and Bullets wears an awesome hat throughout the run, so that’s definitely worth a bit of praise. If you have a spare 15 minutes, check out this run.

I’ll be blunt; there aren’t enough horror game speedruns at GDQ events. Whether it’s due to a lack of submitted speedruns, a sub-par interest in general, or simply the often mature-rated violence, I’m sure there are plenty of reasons for the general absence. On top of that, the Silent Hill franchise has gotten the short end of the stick for the past few years, so fans of this horror franchise deserve a tiny win (if not a major one). Thankfully, speedrunner shmumbler took Silent Hill: Homecoming to task in the early morning hours of SGDQ 2020 day three, defeating every boss while barely busting a sweat. If you like creepy enemies, clipping glitches, and affable commentary, give this run a watch.

If you’re anything like me, you might’ve played Quest 64 back in the 90s on your Nintendo 64 and failed miserably. It’s not that the game was ultra-hard (although it can be pretty tough by other RPG standards), but it can be a bit complex for a younger player. Considering how many times I attempted to play Quest 64 and failed, watching runner Bingchang smash through this old-school N64 title was especially satisfying. By utilizing a tough glitch known as “death duping”, along with calculated enemy encounters, Bingchang showed us that beating Quest 64 is indeed a possibility. Even when compared to the slew of other classic games on display at SGDQ 2020 day three, this run of Quest 64 provided ample levels of nostalgia and some consistently entertaining gameplay and commentary.

To transition the marathon from morning to afternoon, speedrunner d4gr0n took over things with two awesome speedruns. Although their run of the lesser-known Genesis classic Pulseman was also well worth the watch, the Super Turrican run provided a bit more action and excitement. Generally speaking, Super Turrican is an ultra-tough side-scrolling action game, similar to Contra and the like. Runner d4gr0n showed off their knowledge of the games’ brutally tough levels and enemy patterns, shooting through the sci-fi action title in just over 10 minutes. If you want some 16-bit speedrun fun without a huge time commitment, check out this run of Super Turrican.

Bloodstained: Curse of the Moon (Low%) by Starwin

Both of the Bloodstained runs at SGDQ 2020 day three were fantastic, including the Bloodstained: Ritual of the Night run by speedrunner The Blacktastic. That said, I always find Bloodstained: Curse of the Moon, the Castlevania-inspired indie that was released in 2018, to be a more visually entertaining speedrun. Over 40 minutes, speedrunner Starwin showed off their ability to survive and sustain enemy attacks during this “Low%” playthrough. Using the minimal amount of upgrades and character unlocks as possible, Starwin gave Curse of the Moon a run for its money, beating it without even losing a life. Like most other games mentioned on this list, not only do we recommend you check out the SGDQ 2020 speedrun of it, but we also highly recommend you play Bloostained: Curse of the Moon if you haven’t already.

There was a bit of an “extreme sports” block during the evening of SGDQ 2020 day three, featuring three unique titles. Although the runs of Jet Set Radio by kitcarsonn and Disney’s Extreme Skate Adventure by Helix were plenty enjoyable, this Any% run of Tony Hawk’s Underground by Biglaw was my personal favorite. As a Tony Hawk game, Underground is far more narrative-driven than the previous games, offering a different pace than most other runs in the series. The goofy story mode was easily bested by runner Biglaw, who butt-slapped and kick-flipped his way through the game in just over 36 minutes. There was excellent commentary and plenty of memorable moments throughout the run, and despite a few unfortunate bails and missed tricks, Biglaw skated away with a decent time. Generally speaking, I fully recommend any of the “extreme sports” runs from SGDQ 2020 day three, but if you only have time for one, Biglaw’s run of THUG is the way to go.

The Legend of Zelda: Twilight Princess HD (Any%) by gymnast86

The Legend of Zelda games are pillars of the speedrunning community, right alongside Super Mario, Portal, and plenty of other classic games. Although I’m not as familiar with Twilight Princess as I am with the N64 titles, this speedrun of the Wii-U remaster was absolutely fantastic. The over 3-hour long run was executed with impressive precision and skill by gymnast86, who has emerged as one of my favorite Zelda runners in the past few years. Calm, collected, and consistently able to provide clean and easy-to-understand commentary, gymnast86 is one of the best runners around. Objectively speaking, the run itself was pretty void of any humongous mistakes, so if you’re new to Twilight Princess runs, this is a good example of a wholly successful run.

With SGDQ 2020 day three in the bag, the marathon has piled up over $350,000 in donations for Doctors Without Borders, edging closer to the first 1-million mark. I’m absolutely positive the donation total will hit $500,000 before the end of day four. If you feel like making a contribution, be sure to head over to the Games Done Quick website and show your support!

Those are our picks for the best speedruns of SGDQ 2020 day three! The entire marathon has been super entertaining so far, despite the lack of a physical crowd or convention antics. If you have the time, or are perhaps working from home, we highly recommend you check out every single speedrun that’s happened so far, not just the ones listed here. If you’re watching along at home, join us in discussion on social media! You can find us on Twitter (@official90skid) or join our Discord group to get in on the speedrun fun.