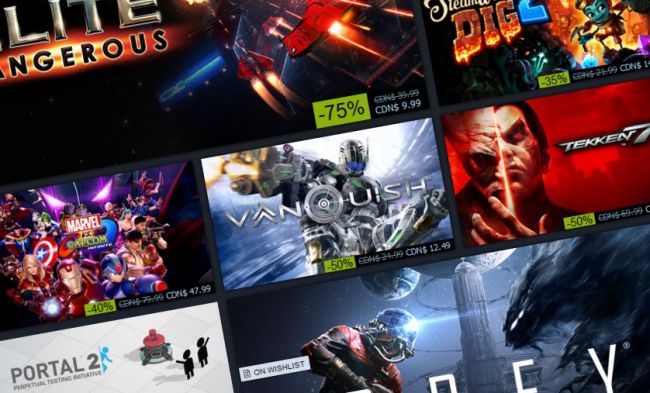 The Steam Winter Sale is Discounting Thousands of Games

The year might be coming to an end, but the massive Steam sale has just begun. It’s the perfect opportunity to grab a couple overlooked games at a discount — or spend more than you mean to because the deals are just too irresistible. You have until January 4th to decide which PC games you’re going to download for cheap.

There are thousands of titles on sale on Steam right now, but let’s go over some highlights. Recently released open world action-adventure Assassin’s Creed: Origins is discounted by 30% at $41.99 right now, and popular first-person shooter Tom Clancy’s Rainbow Six Siege is 40% off at %23.99. Also, one of 2017’s Video Game Awards’ big winners, Hellblade: Senua’s Sacrifice, is marked down 25% at $22.49.

Lovers In a Dangerous Spacetime– $5.99

Again, these are just a few highlights, as there are literally thousands of games on sale right now. Some are indie titles marked down to mere pennies, so be sure to dig through the list of discounted games to see what hidden gems might be calling to your credit card. Remember, act before January 4th at 1pm ET!