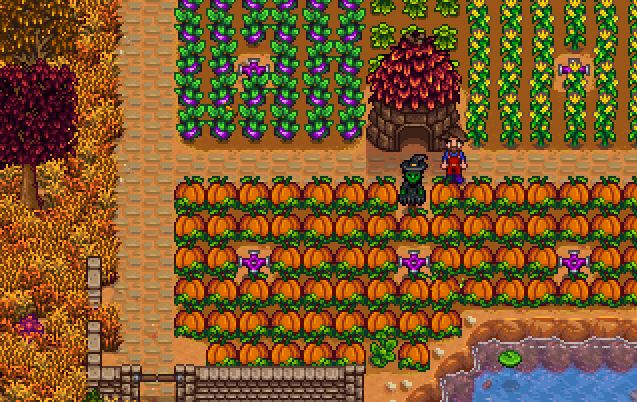 Priced at $14.99 USD, indie gem Stardew Valley will be available on the Switch digitally via the Nintendo eShop. No mention of a physical release, but this will still be the first time the farm sim will be playable on 1. A Nintendo console and 2. A portable console. Big steps for such a beloved title.

Stardew Valley was first released on PC via Steam in 2016 and made the trek to PS4 and Xbox One consoles a few months back. Sickhead Games handled development of the Switch port of the game, which will be published by Chucklefish.

This RPG / sim gives players the role of a customizable character who inherits a farm from their grandfather. You can plant crops, construct buildings, care for farm animals, develop relationships with locals, adventure in the mines, craft an array of items, and uncover the valley’s many quirks and secrets.

The multiplayer update for Stardew Valley is still in the works and therefore will not be included in the Switch version at launch. Multiplayer is planned to roll out to PC first in 2018 before making its way to consoles. Regardless, this game has so much heart and even more content, so it’s worth trying it out — or buying a second copy — on Nintendo’s hit hybrid console.