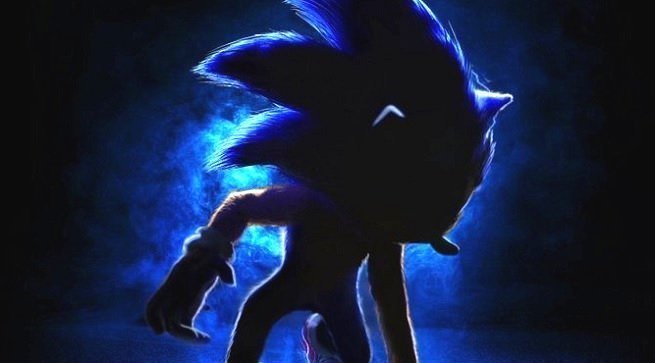 The Sonic the Hedgehog movie is causing some serious division among fans. We were all excited to see how a live-action Sonic movie might turn out, and then a very short teaser trailer came along and ruined everything. Sonic’s outline was seen to be too human, too muscular, and too strange for most fans. The internet came alive with criticism and parody, which prompted the movie’s writer to tweet the following:

“Everybody relax,” he said. Well, if you know anything about the internet, you can probably imagine what happened next. Reactions were anything but relaxed, and now Casey’s Twitter notifications will probably never go back to the way they were before. Sonic fans feel insulted, and feel like the Sega mascot they know and love is being turned into something he’s not.

One fan chimed in to ask Casey whether he was also talking to some of Sonic’s original creators, who also spoke out against the design. His response? 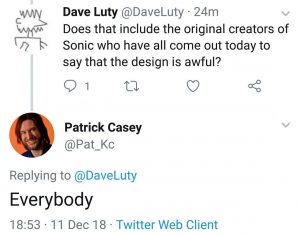 That tweet has since been deleted. If you’re wondering, here’s what Naoto Ohshima, the man who designed Sonic, had to say (translated): “Sonic is a fairy of hedgehog, so he doesn’t need to be designed closer to a real hedgehog even in a live action. Mickey doesn’t become a mouse in live action, does he? Because they are fairies who can live on when people believe in them.”

In other words, trying to make Sonic’s design more “real” or material simply because he’s starring in a live action movie is a mistake. The Detective Pikachu footage has proven that you can leave creatures designs alone, and they can still work in a live-action setting.

Will the folks behind the Sonic the Hedgehog movie listen to fans and alter the design, or is the movie too far gone by now? We’ll keep you updated.