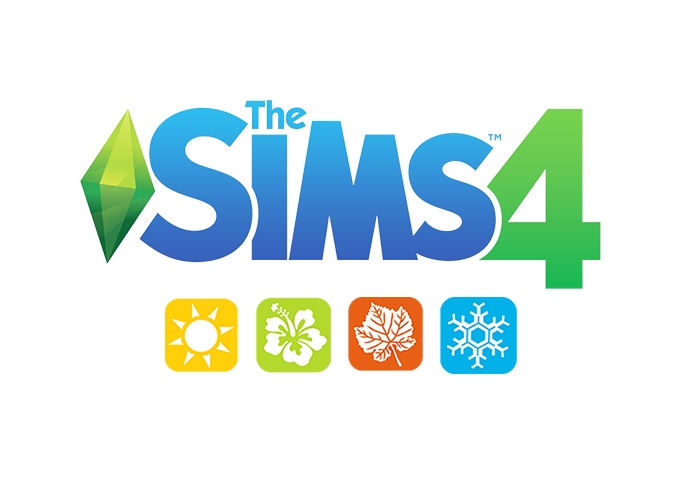 Seasons, the fifth expansion pack for The Sims 4, launched on June 21st, marking 4 years of The Sims 4 on PC and Mac. Following the recent price increase across a lot of currencies on Origin, The Sims 4 Seasons retails at £34.99 or $39.99. Seasons is perhaps one of the most anticipated expansions of the series, followed closely by the inclusion of cars (which sadly still don’t exist). After what feels like a long time after launch, the newest expansion for the series brings some much needed changes to gameplay as well as some nice shiny new CAS and Build Mode items.

First off, let’s comment on the variety of CAS item that are included in this pack. Over 150 items have been added across all ages and fashion options, meaning there truly is something for everyone here. While I was initially disappointed by the lack of focus on certain areas, such as outerwear and swimsuits, the new additions are pretty spread out across lots of categories. There are a handful of new hairstyles, and some pretty strange outfits as well that will be right up your street (as long as you enjoy dressing sims up as rabbits and sexy Santas). As is the pattern for clothing updates, there are significantly more options for female fashion styles than for male, but at this point, I’d be shocked if they actually updated the content equally. Build Mode includes a whopping 158 new items to play around with, including basic household furniture as well as new gameplay features such as ice rinks and roller skating rinks. Overall, there are lots of new items included in this pack that I see myself using regularly in normal play, so I’m pretty happy with what’s been added. 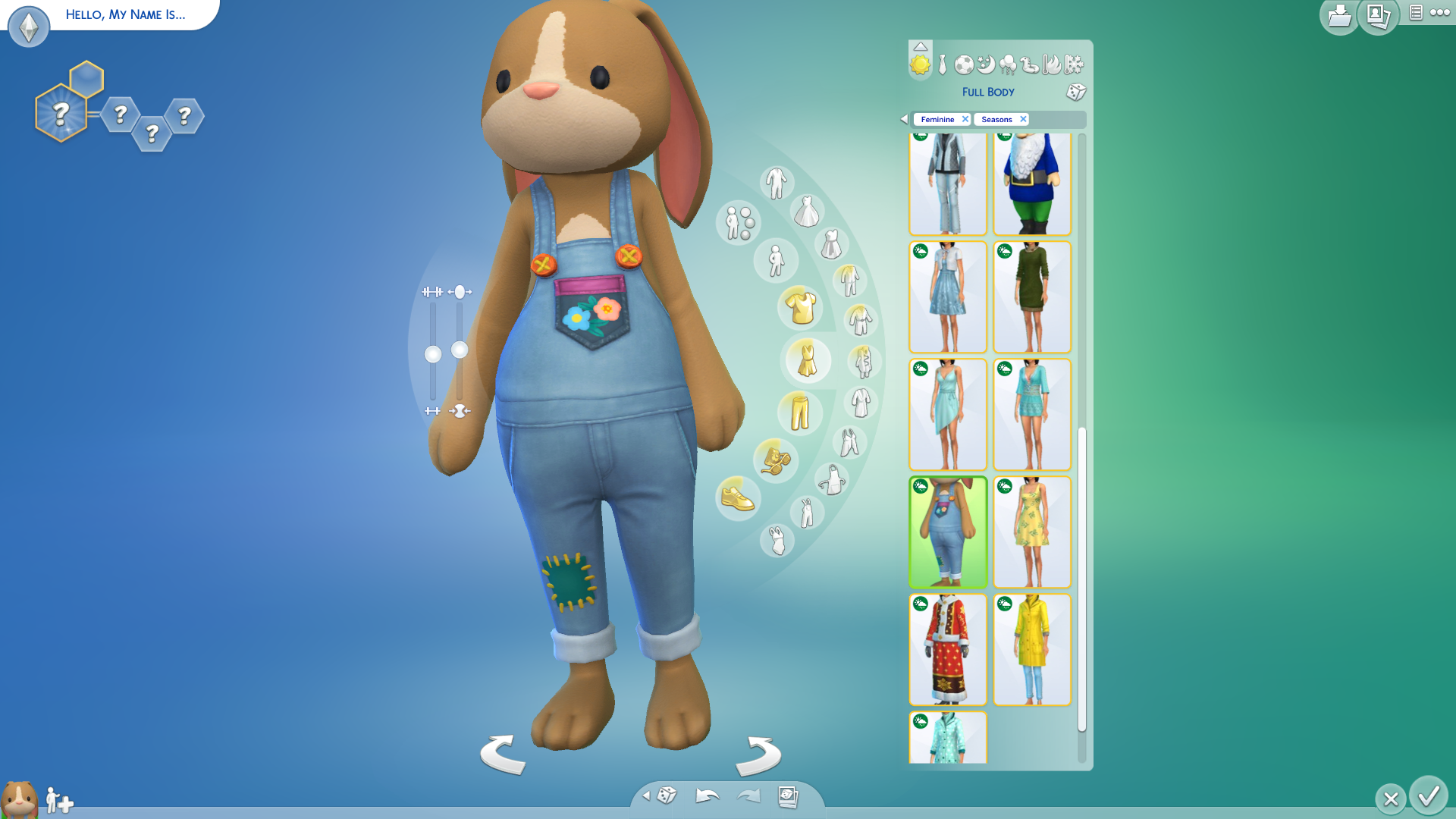 While the new CAS and Build Mode items are nice to have, it’s clear that the main appeal of Seasons is in the gameplay itself. When you start the game after installing the expansion, players must pick which season they wish to start in. There are four seasons to choose from; Spring, Summer, Fall, and Winter. Each season has its own weather dynamics, temperatures, and activities. The seasons are universal among all neighbourhoods, and each season lasts 7 sim days. Speaking of neighbourhoods, there is no new neighbourhood included in Seasons at all. While I understand that the main focus here is on the weather and seasons themselves, I was still disappointed by the lack of a new neighbourhood, traits, and aspirations. What has been added to the game, however, is nothing short of a breath of fresh air. Dynamic weather means normal day to day gameplay feels refreshed and more vibrant than ever. Certain weather conditions also bring new interactions, such as showering in the rain, snowball fights, mud fights, and of course getting struck by lightning. If you’re put off by the fact that you can’t customise the duration or order of the seasons, there is a weather machine which allows Sims to manipulate the weather and temperature to varying degrees of success. This was definitely my favourite inclusion in the expansion, as I love the rain in real life so watching my sims splash around with their umbrellas and wellies on is very cathartic.

While the weather is the most obvious new feature in The Sims 4 Seasons, the expansion also includes a calendar and festivals. Players can now access a calendar in the game which shows days of the week, schedules, and upcoming holidays and events. You can now plan parties weeks in advance, as well as create your very own custom holidays. The custom holidays or festivals work very similarly to club behaviour in Get Together. You can choose what sims will do to celebrate, such as giving gifts, fasting, counting down to midnight, or just collectively taking part in normal gameplay behaviour such as swimming. There are also premade holidays included in the calendar such as fake Valentine’s Day and Christmas. These can be a lot of fun to mess around with, plus it breaks up the somewhat monotonous gameplay. There are also several new additions, such as beekeeping, ice skating, and the complete overhaul of gardening. Your sim can now get a career as a gardener, making the hobby much more profitable. New gameplay changes, such as sprinklers, make gardening feel much less like a chore for your sims to do and is actually pretty fun now. 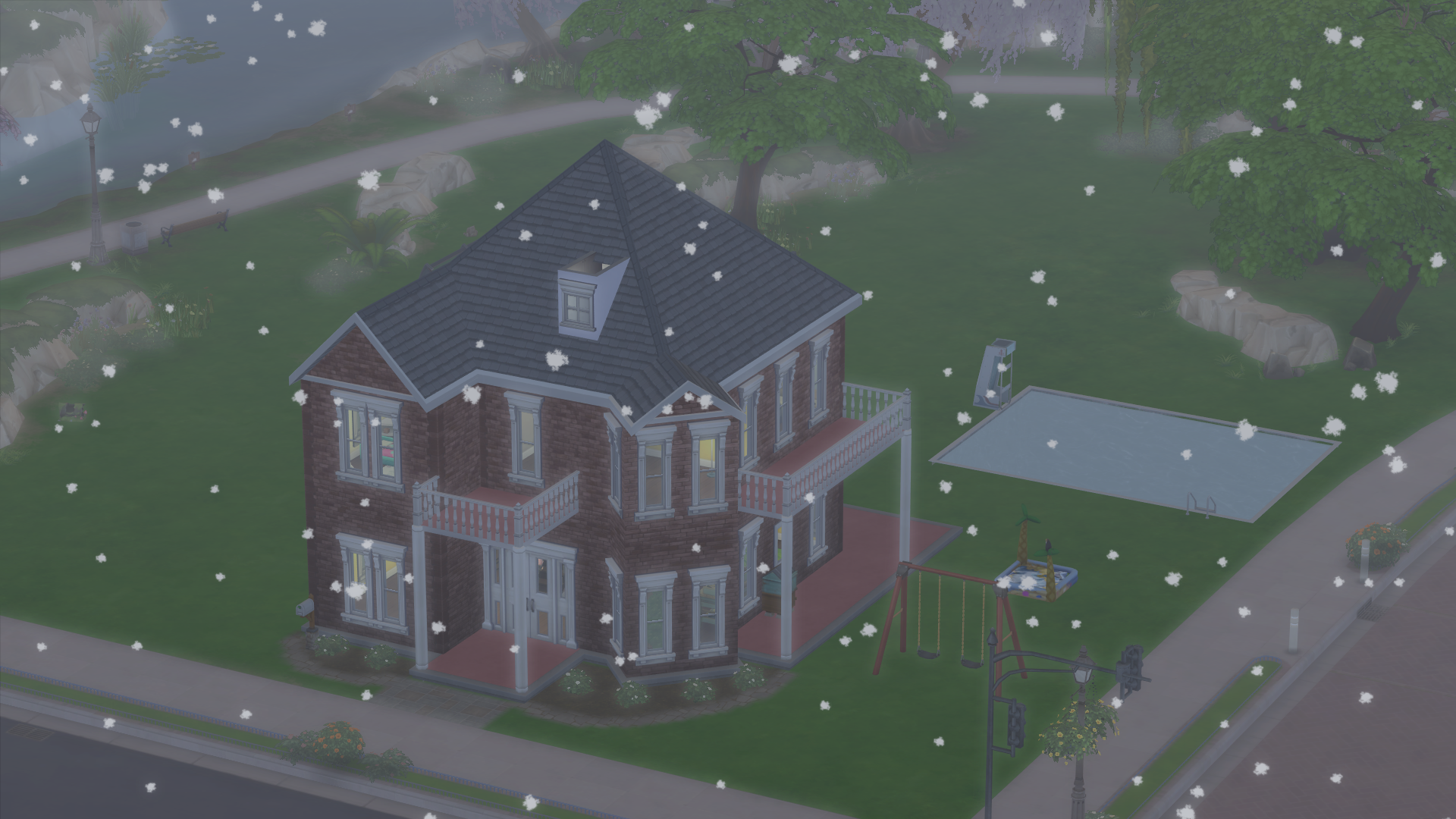 Overall, The Sims 4 Seasons seriously adds a lot to the base game to help make it feel much more realistic. Although I’m really not a fan of the price tag considering I bought the base game for £30.00 back in the day, I can fully recommend buying Seasons to any avid Sims player out there who’s looking for new ways to improve their game and create new stories. While I really enjoy what Seasons brings to the table, I can’t help but feel another instance of the game developers holding back content again with the lack of traits, aspirations, and a new neighbourhood. Given EA’s track record for focussing more on profit than on content for their customers, I’m always a bit hesitant to recommend their games to anyone who isn’t already invested in the series. For these reasons, I would wholeheartedly recommend buying The Sims 4 Seasons for existing fans of the game, but for newcomers, wait for a significant price drop before picking it up.