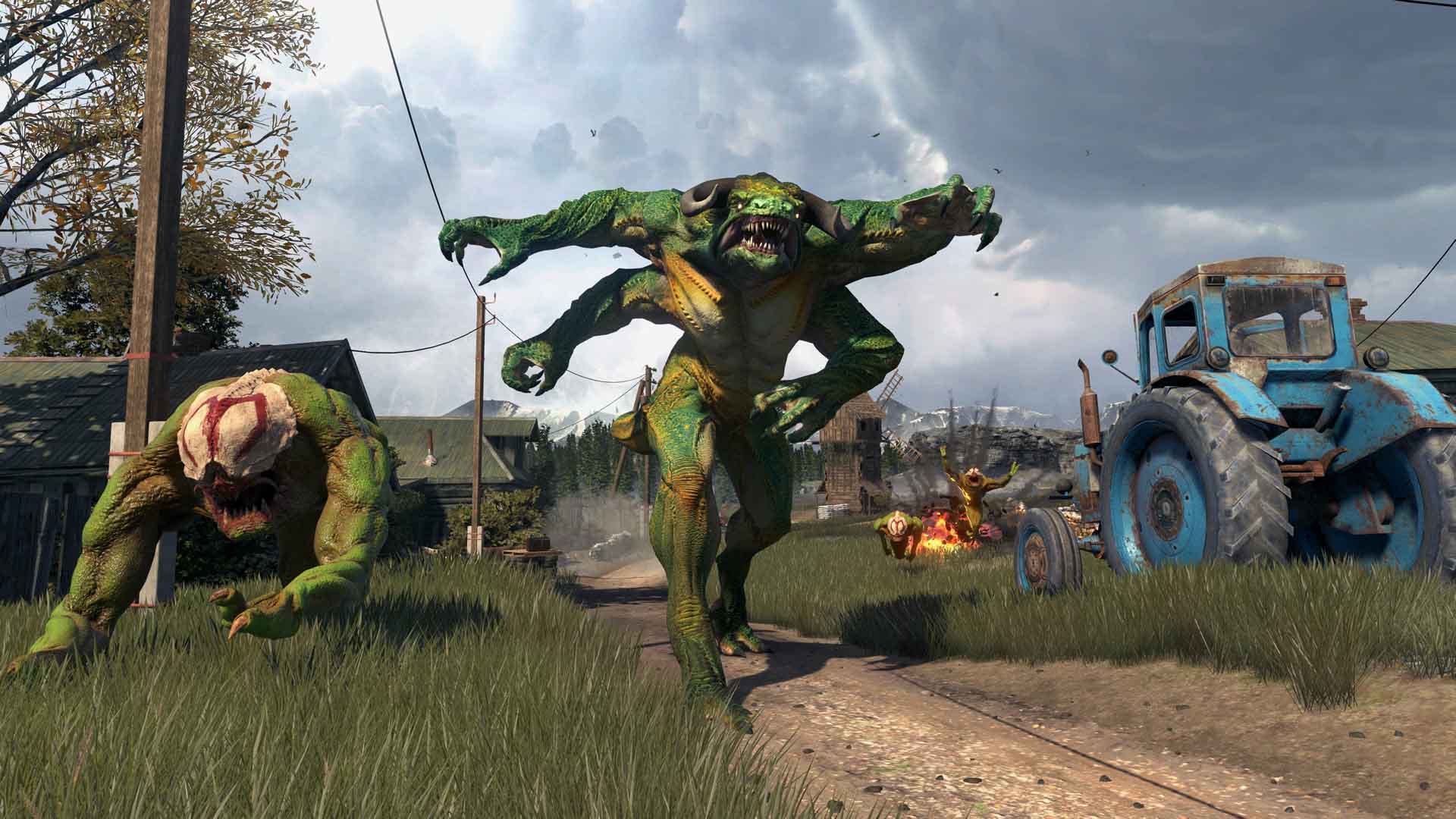 Serious Sam continues as he travels through the Tunguska region of Russia to catch up with someone you may have heard of, General Brand. Serious Sam: Siberian Mayhem started as a mod but evolved as a co-development. Just as the after-party for Serious Sam 4 was fading, we received a surprise announcement. Croteam – teamed with Timelock Studios – announced an expansion; Serious Sam: Siberian Mayhem – playable without Serious Sam 4. Timelock Studios includes members from the Serious Sam mod community such as Ded Kadath, Urban DeHuman, YANexus, NSKuber, Ar2R-devil-PiNKy, Asdolg, FreekNik, and MintFritter. And you can see they’ve worked hard with Croteam to deliver an enjoyable FPS experience for the community and newcomers.

The game takes you back a step from the ending of Serious Sam 4 and is a revisit to the story’s timeline. It also introduces new weapons, enemies, vehicles, side missions and puzzles – yes, puzzles. The five levels in the game will give you at least 6-8 hours of gameplay in your first playthrough, which is fair value for the current discounted price of (AUD 26.05, or bundle with Serious Sam 4 for AUD 68.89). And there is the option for online co-op mode and replays to unlock achievements you may have missed or attempt to beat the game on extreme difficulties. Let’s get into the details to see if this standalone expansion is worth your time.

The story is a midquel to Serious Sam 4. It takes place in between the final stages of the campaign. As you play Siberian Mayhem, you’ll remind yourself of the events in the main game as you explore the new levels. The story is easy to follow, the cut-scenes are to the point and include plenty of Sam Stone one-liners. If you are new to Serious Sam, don’t worry so much. It’s predominantly action and huge-scale battles that pick at your brain.

One of the main talking points of Serious Sam 4 was the mechanics of the game that plagued its experience. Croteam and Timelock Studios have ironed out the bugs and glitches to give a satisfying experience. Siberian Mayhem includes general fixes, engine updates, tweaks and updates for gameplay mechanics. The enemies and weapons are better balanced to provide a better experience. Although, I found some new weapons that seemed overpowered for areas, and the latter levels required weaker weapons.

Give Me Your Best Shot

The worst part of it is the levels that involve using vehicles. The movements feel dated and clunky. However, because you are slaying hundreds of enemies in a short amount of time, the spectacle makes you forget about it. I didn’t notice any visual glitches like colour glitches in Serious Sam 4. I did spot some level hacks – and I used it – to take down enemies that were stuck. Land mines restrict you from running through waves of enemies or running so far away to take them down with ease, so be careful, most of the time.

Some areas are outrageously ridiculous, but hey, we love Serious Sam. Most levels are easy to clear. Although, on the odd occasion, difficult areas pop that feel out of place, or others are too easy or unnecessary. You can focus on enemies that give out more damage or clear out the weaker enemies. I find it better to eliminate enemies with rockets that can cause splash damage. And when Kleers appear, I take them out as quickly as possible. The map scaling and point of view angle allow you to predict what is likely to come up, reducing the excitement of the game. You can change to third-person mode to see some incredible scenes of hordes of splattered enemies.

Modders seem to have influenced some of the level designs, including, Halo-style multiplayer map layouts and map objects that add a great deal of fun to the game. It would be nice to see this used more often, as some map layouts are repetitive. These new layouts were a standout compared to previous Sam titles.

The More the Merrier

The AI in Siberian Mayhem provides some comic relief but fail to add as much value to the expansion compared to 4. They come into the game later on, with less time to develop. However, in combat, they are efficient at picking out easier, weaker enemies while taking down a stronger opponent.

Exploration is optional and can take up time. However, you can use it to discover gadgets and secrets that can be pivotal in big battles or strategically to unlock achievements. Serious Sam is a fast-paced game, but there are some parts where I found it enjoyable to slow down and notice the level design and artwork used in the game to depict Russian architecture and monuments.

Visually the graphics have not changed from Serious Sam 4, and in 2022 it’s aging – not like a fine wine. However, I noticed clever lighting, shapes and colour to create ambient environments – like what you would see in the Half-Life series. The graphics were a major complaint from users in Serious Sam 4 and, we’ll see if Croteam addresses this in future releases. The OST is a highlight of the series. The heavy guitar riffs, female singing and 8-bit synth sounds add to the dramatic moments of the game. Also, the same post-level screen appears, which I think could improve to compare scores with world rankings.

If you have not played a Serious Sam game and enjoy fast-paced FPS games, it’s worth a try. The standalone is a cheaper alternative than Serious Sam 4 and will let you know if you want to explore the series more. Some levels may test your patience as deaths can occur regularly. The game’s levels go from thirty to sixty minutes, and bosses can take several attempts. If you chase a feeling of accomplishment, then Serious Sam will give it to you. It’s satisfying to win a battle that seemed impossible. And Sam’s humour makes it that little bit sweeter. It’s a great addition to the series and opens and closes some potential story arcs. The modders certainly deserve some credit and support for their dedication to the franchise, so in the tone of Sam Stone’s voice, go pick it up, I dare you.