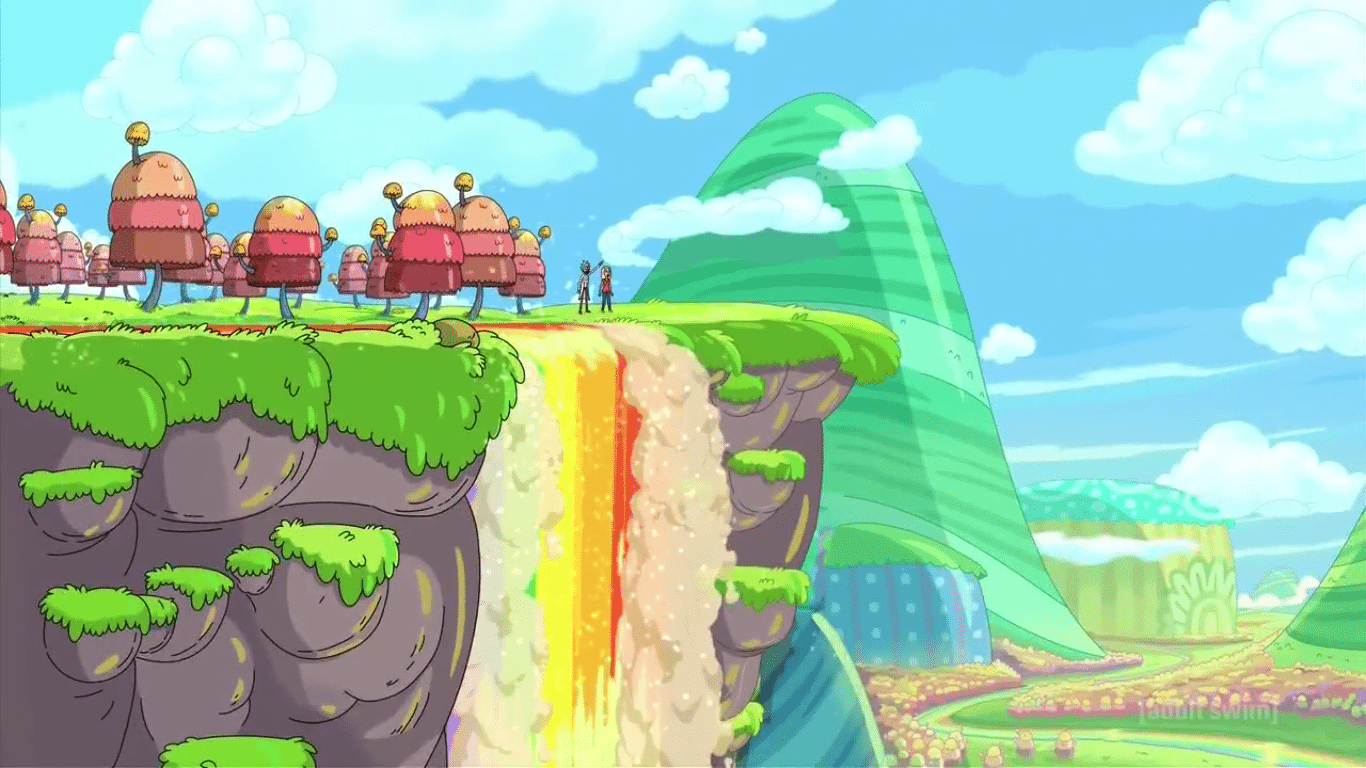 Every Episode of Rick and Morty Season 3 RANKED

Rick and Morty is arguably one of the most popular shows on television, and if you haven’t seen it, it can be quite a trip.  Created by Justin Roiland and Dan Harmon, the story of the mad scientist and his grandson has done wonders for Adult Swim.  The third and latest season just wrapped up, and it contains some of the most absurd content seen in the show to date.  In the season premiere, Rick welcomes Morty to the “darkest year of our adventures”, promising a rather ominous tone to linger throughout the season.  While this sentiment rings true, Season 3 of Rick and Morty also saw some of the most inventive and imaginative concepts in the series’ history.  I’m pretty satisfied with this season as a whole, and while I don’t think any episode is truly “bad”, some were definitely better than others.  Here’s my personal ranking of every episode from Season 3, worst to best. 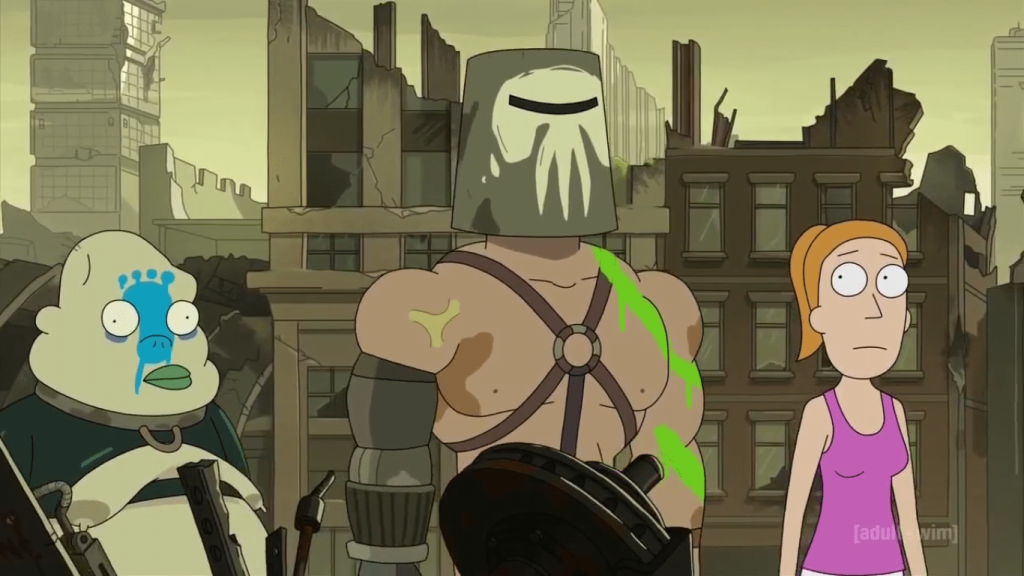 As a follow up to the narrative heavy season premiere The Rickshank Redemption, Rickmancing the Stone was a slight let down. Taking place in a Mad Max style universe, Rick, Summer, and Morty all find themselves in a war with its inhabitants.  This episode serves as a display for how everyone is handling Beth and Jerry’s divorce.  There’s definitely a few funny moments, particularly concerning Morty’s impressive bicep, but it feels a little shallow in comparison to the rest. 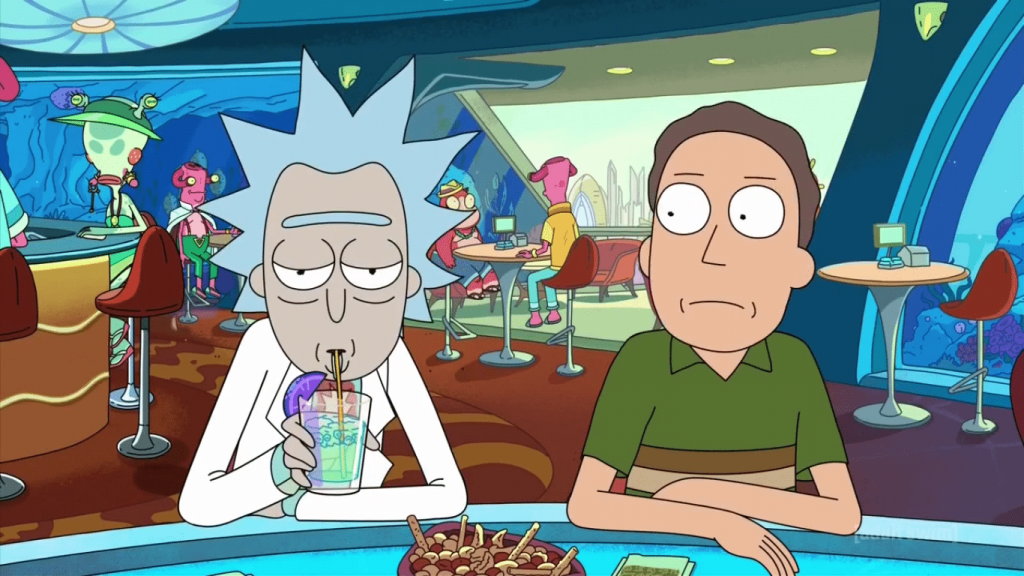 Finding himself tired with life and constant drama, Morty insists that Rick takes Jerry out on an adventure.  Jerry’s life has been a downward spiral since the divorce, so to ease his depression, Rick takes him to a resort.  The highlight of said resort?  Immortality.  As a self contained episode, The Whirly Dirly Conspiracy has some excellent gags that align with Rick and Morty‘s often demented sense of humor.  Morty, Beth, and Summer experience some sci-fi mixups of their own at home, leading to a decent dual plot line with some good character growth. 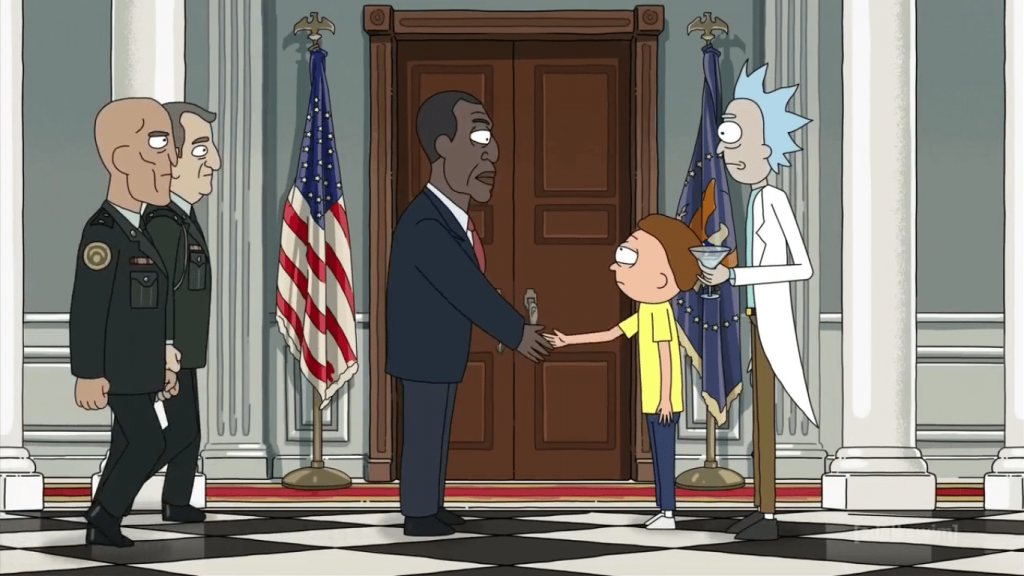 The season finale of Season 3 has fans pretty divided.  Some hoped for a finale filled with heavy amounts of narrative content, perhaps revealing the answers to some of the show’s many mysteries.  Instead, we got a somewhat by-the-numbers episode, which is still quite good by Rick and Morty standards.  After the President of the United States requests the help of Rick and Morty, they find themselves bored.  Pressured into a power war, the President and Rick butt heads in some absolutely fantastic and imaginative action scenes.  However, the episode itself feels more like a middle-of-the-season filler than a proper season wrap.  Furthermore, the season approaches conflicting themes at this point, and might signify a tonal shift for the future of the show.

7.  EP4: Vindicators 3: The Return of Worldender 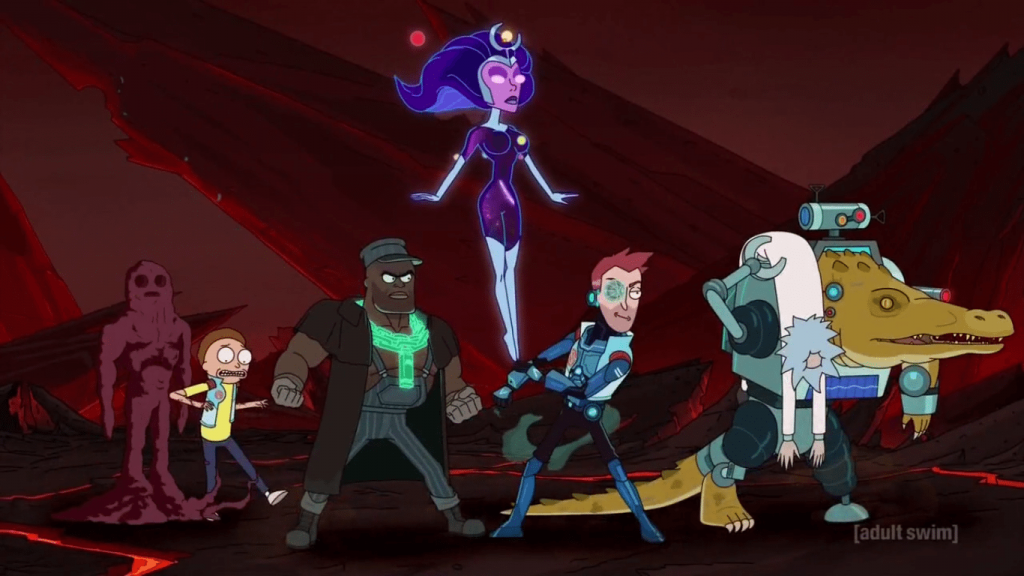 Vindicators 3 is a guilty pleasure of mine, and I can see some fans not agreeing with its placement on this list.  However, as both a spoof of modern super hero films and the popular horror franchise SAW, this episode succeeds in more ways than I can count.  Featuring a hilarious cast of superheroes with questionably useful powers (one can simply summon a ghostly train), Vindicators 3 manages to function as both a self-contained adventure and a slight progression in the overall narrative.  Simply put, Rick makes a better psychotic death-trap maker than who he emulates (Jigsaw from SAW), and I’m not ashamed to say I appreciate the macabre ingenuity. 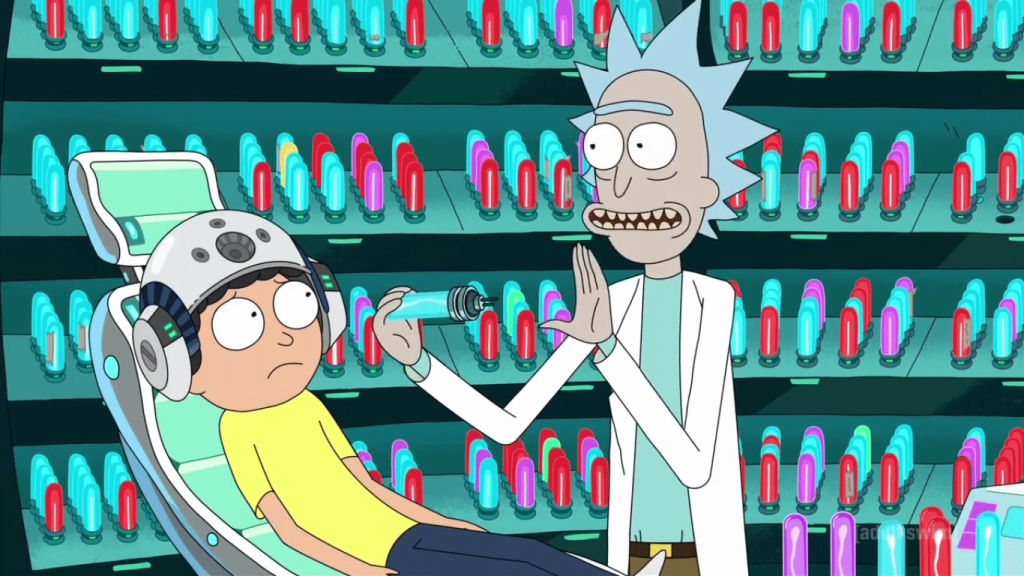 Morty’s Mind Blowers replaces a fan-favorite Rick and Morty episode format; the beloved “Interdimensional Cable”.  In previous seasons, Rick would roll out his cable box that accessed infinite channels.  The television would play a collection of improvised skits and segments, some that ended up being my favorite stuff in the entire show.  Season 3 switches up the anthology format with Morty’s Mind Blowers.  Instead of weird television shows and commercials, we get to see a bunch of Morty’s memories that were removed.  Although I enjoy the concept, it’s a bit limiting in comparison.  The collection of moments might be less absurd than previous anthology episodes, but they’re still memorable.  Poor Beebo. 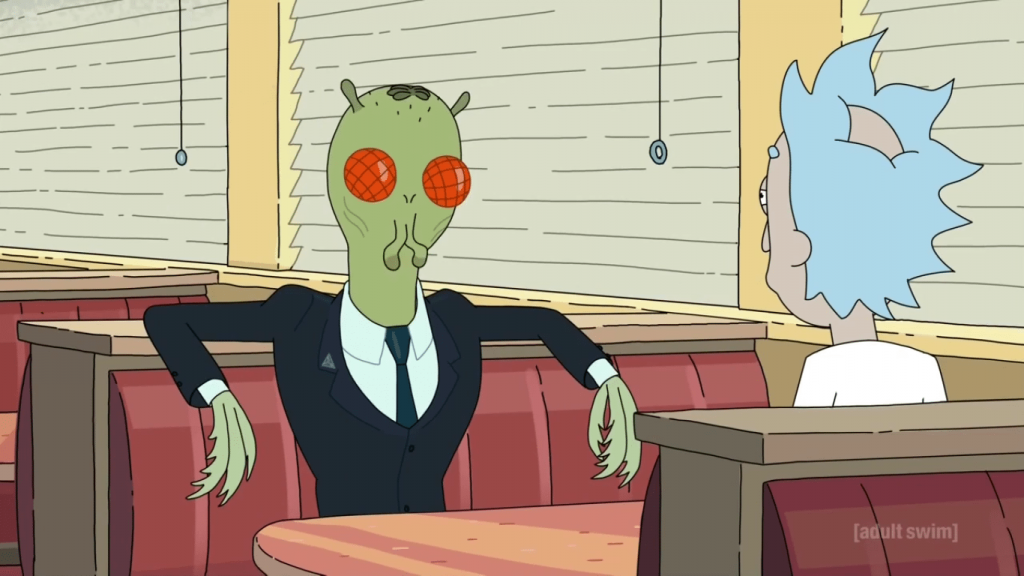 After a long hiatus between Season 2 and 3, fans expected a glorious return in the season premiere.  Starting where Season 2 left off, Rick attempts to escape from the Galactic Federation prison.  The episode is incredibly heavy with overarching narrative content, teases and nods to super fans, and a great use of Rick’s ability to continually defy expectation.  If anything, The Rickshank Redemption shows Rick for the true force he is; destructive, uncaring, and ultimately dangerous.  Thankfully, that’s exactly why we love him. 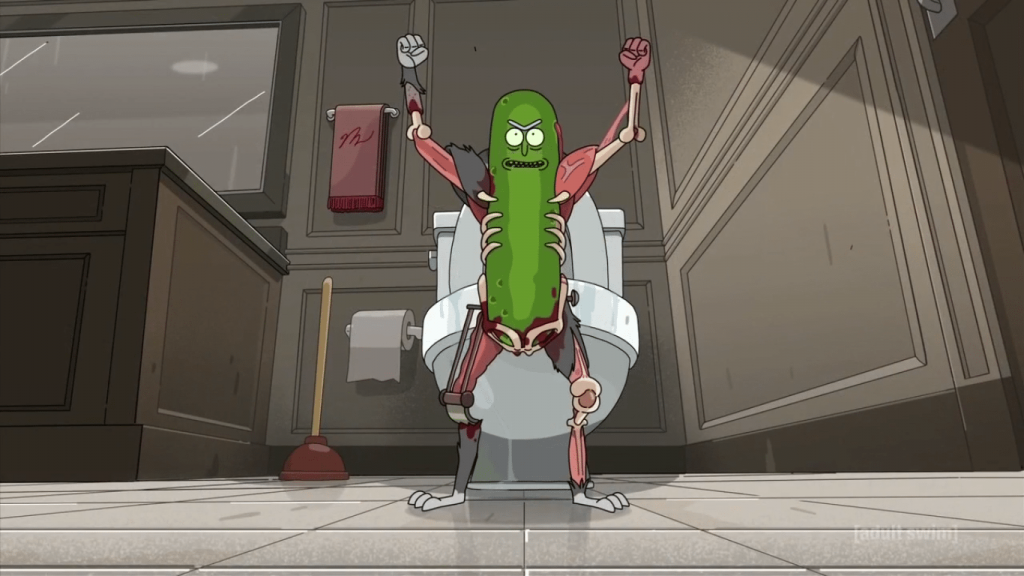 Even if you don’t watch Rick and Morty, chances are you’ve heard someone yell “PICKLE RICK!” lately.  If you haven’t, consider yourself lucky.  Rick and Morty has plenty of highly quotable lines, and even more memorable monologues and ideas.  After an early promotional clip showed Rick in his pickle form, fans couldn’t wait to see how this overtly ridiculous situation had come to pass.  Episode 3, Pickle Rick, deals with Rick’s crunchy conundrum almost exclusively.  The rest of the family take a visit to a local therapist, as a way to help cope with the effects of the divorce.  As one of the more gruesome episodes, Pickle Rick bathes in its glorification of violence.  Although it’s a bit simplistic in structure (well, by Rick and Morty standards), Pickle Rick is a wild ride. 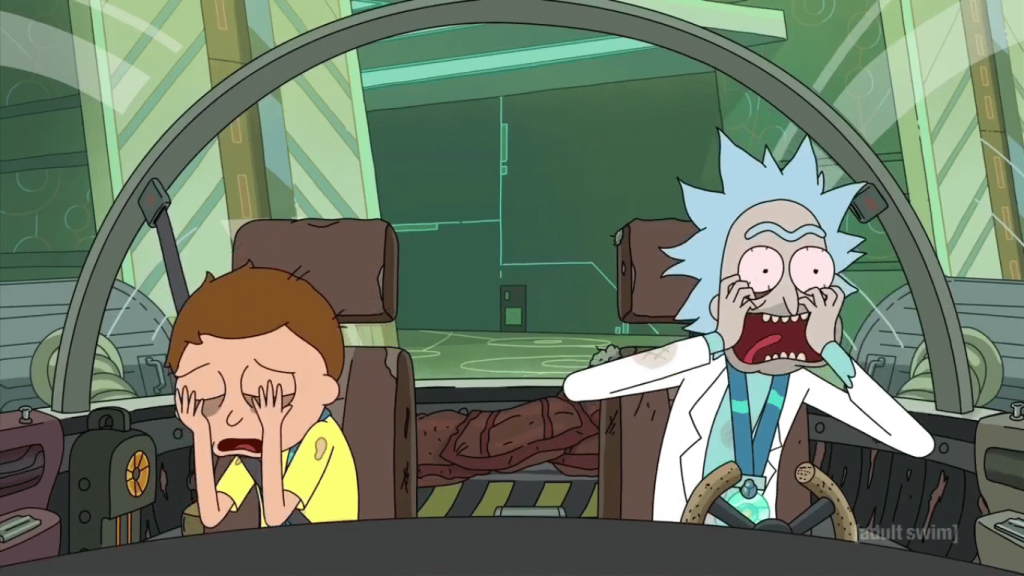 Following a particularly stressful adventure, Rick and Morty decide its time for some deserved down time.  Of course, this doesn’t work out as planned, resulting in two extra versions of Rick and Morty who only resemble the toxic aspects of the originals.  The episode moves along at a pretty quick speed, and there’s plenty of wildly inventive sequences within it.  Much like The Rickchurian Mortydate, Rest and Ricklaxation has fun action scenes that stand out.  In addition to wonderful action, we get to see some true emotion from the titular pair, as the idea of getting burned out on adventures is rarely brought up.  It’s a solid episode through and through, and there’s plenty to enjoy regardless of why you watch the show. 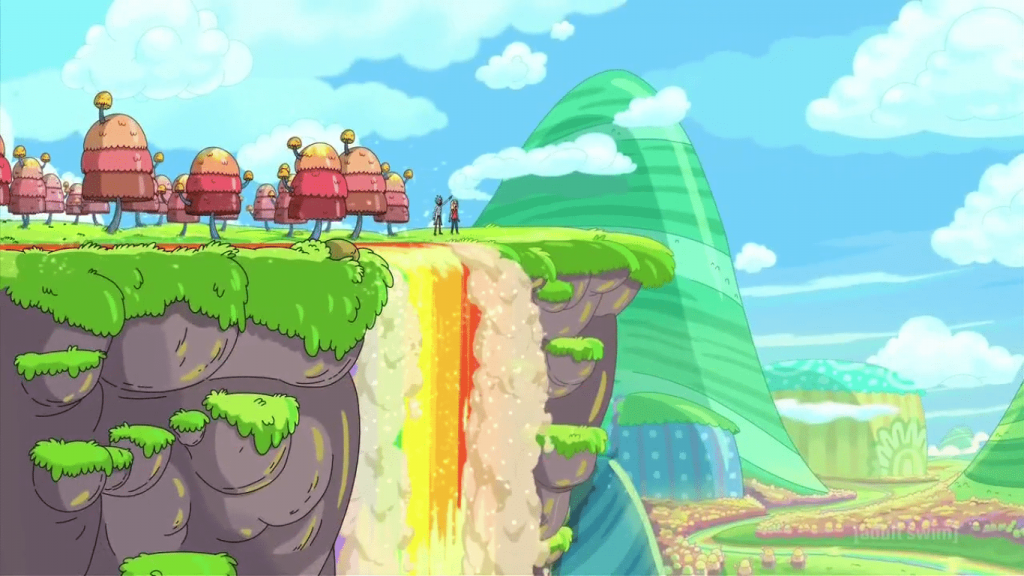 My opinion here may be unpopular, but I really enjoyed the penultimate episode of Season 3.  I’m a sucker for great use of color, and The ABC’s of Beth embraces the rainbow like nothing else.  Set in the fantasy land of Froopyland, the animators and artists over at Adult Swim have truly outdone themselves.  The amount of vivid color can be overwhelming at times, and although it’s not as psychedelic as some of Season 2’s episodes, it’s remarkably great to look at.  On the other hand, The ABC’s of Beth contains the most deranged and twisted plot since the tale of Mr. Jellybean (S1:E5, Meeseeks and Destroy).  The main plot of the episode focuses on Beth, and there are quite a few revelations about her character.  Both in visuals and narrative, The ABC’s of Beth succeeds in my book. 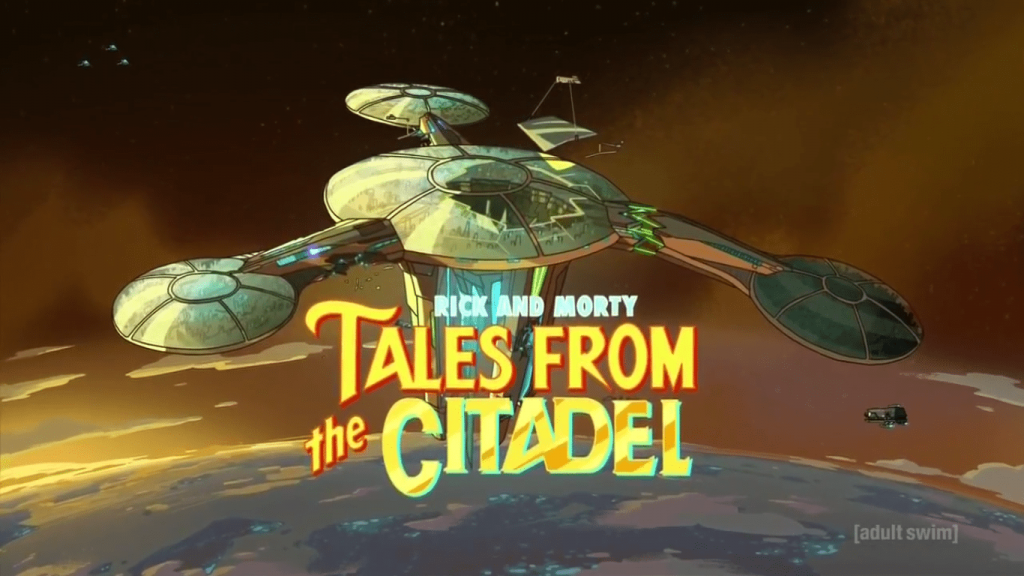 After the events of the season premiere, the “Citadel of Ricks” has changed quite dramatically.  The Ricklantis Mixup sends Rick and Morty off to an adventure in the fabled underwater city of Atlantis.  In a surprise turn, the viewers instead get to witness the Citadel in its current state, and the everyday lives of the Ricks and Mortys living there.  There’s a ton of stuff going on in The Ricklantis Mixup.  Some of the plot beats have far reaching implications to the entire Rick and Morty narrative.  However, the stand out aspect of this episode is its grit.  Although very common in Rick and Morty, The Ricklantis Mixup sees some serious social commentary, all while appropriately staying on message with the show’s tone and feel.  At times it’s brutally realistic, and at others gleefully hilarious.  Generally speaking, The Ricklantis Mixup is not only the best episode in Season 3, but potentially the best of the entire show.

What are your thoughts on Season 3?  Do you agree or disagree with my list?  What are your hopes for Season 4 and the rest of the show moving forward?  Let us know in the comments below!