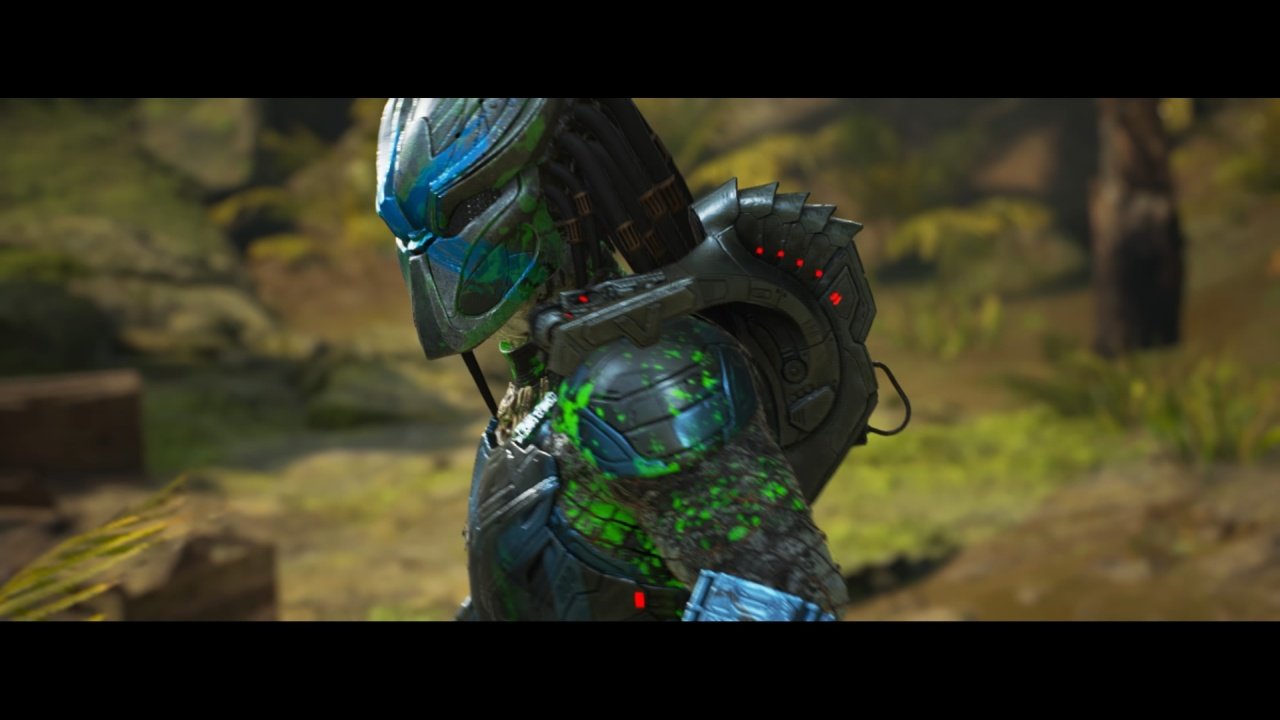 While the Predator movie series is well renowned in the world of action films for its influences on the genre in the late 80s and early 90s, the franchise has rarely made the leap to the medium of video games. Sure, there have been a handful of mobile games as well as some Aliens vs Predator titles, but apart from a recent virtual reality title, the Predator franchise has been pretty absent in terms of game adaptations. The latest Predator movie to hit theaters came out in 2018, making the release of Predator: Hunting Grounds a slightly late but interesting multiplayer concept. This online-only competitive title was developed by Illfonic, the same creators of Friday the 13th: The Game. Like that horror film adaptation, Predator: Hunting Grounds offers players a straightforward title that pits four human players against the Predator in replayable battle scenarios. Does this Predator adaptation finally strike gaming gold for the often-overlooked film franchise, or is Predator: Hunting Grounds an unremarkable and mistimed mistake?

Predator: Hunting Grounds is entirely played entirely online; there’s no single-player campaign or AI challenges to speak of. Except for a tutorial and some character customization, the only available gameplay mode is online competitive multiplayer. You can host a private match or queue up for a quick-play match, but that’s about it. There are no ranked playlists or leaderboards to speak of, resulting in a bare-bones set of gameplay offerings.

The same can be said of the game’s narrative, which is basically non-existent. In each match, four soldiers attempt to infiltrate a series of mercenary outposts in the jungle. The dense forest is littered with guerilla fighters and hostile private military forces, which must be eliminated on-sight. During the commotion, the Predator stalks its prey from the trees, acting as a neutral force in the human conflict. Small tidbits of narrative context can be gleaned from the 20 unique voice recordings hidden around the maps, but there’s nothing exceptionally interesting to be learned. Simply put, don’t go into Predator: Hunting Grounds expecting any sort of story or plot intrigue, because it just isn’t here.

Before you hop into a match, you’ll have to decide if you want to play as the Predator of one of the four humans on the Fireteam. Queue times differ depending on this selection, but you’ll always have to wait longer to play as the Predator. During my sessions, Fireteam queue times ranged from 15 seconds to a minute, with Predator queue times ranging from 3 to 5 minutes. The gameplay differences between the Fireteam and Predator are night and day, so those who prefer the Predator’s play-style should expect longer waits. Regardless, the ability to choose is appreciated and the third “no preference” option is another nice inclusion for those who are indecisive on the matter.

If you choose the Fireteam, you’ll play from a first-person perspective, working through the jungle and blasting down foes. Your overall objective depends on the map you’re playing on, but you’ll either be sabotaging guerilla outposts, killing a high-value target, or recovering a specific item. There are three maps available, so don’t expect too much variety. You’ll receive a small briefing on the operation before the match starts, but it’s usually a pretty clear cut mission. Players move from objective to objective, trying their best to stick together and execute targets. The gunplay feels responsive for the most part, even if it’s a bit easy and quickly grows repetitive. Teammates can be revived when downed and will respawn from death in due time, but if an entire team is wiped out, the match is lost. Victory is achieved when at least one soldier survives long enough to be rescued by the extraction helicopter. During all of this, the four-person fireteam must endure attacks from the stalking Predator.

Playing as the Predator is a much more straightforward affair, as you must simply kill every soldier before they complete their mission. The Predator plays from a third-person perspective, utilizing both melee and explosive weapons. With the Predator’s thermal vision and ability to temporarily become invisible, you’ll spend most of the match hunting from the treeline, effortlessly hopping from branch to branch. The opposing soldiers are ill-equipped to defend themselves from you, with the exception of their guns. However, soldiers can cover themselves in mud to deter thermal detection, but listening closely for gunfire and commotion is an easy way to locate them. When you feel like the time is right, you can jump into the battle and start throwing your weight around, or sneak in from the shadows and execute stealth kills. You’ve got a decent amount of health as the Predator, but you’re not invincible, so choosing your fights carefully is key to success.

An Arsenal of Unlockables

There are a decent amount of customization options for both the Predator and your Fireteam soldier, giving players a checklist of goodies to unlock. You can alter the physical appearance of both your character and your gear by equipping new outfits, accessories, and weapon shaders. New customization items can be unlocked by spending Veritanium fragments, a special currency that can be looted during matches. You can also earn new stuff through Predator: Hunting Grounds‘ version of loot crates, dubbed “Field Lockers”. Don’t worry though, there are no microtransactions in the game. Cosmetics come in different rarities, with exotic items being the hardest to come across. I had a decent time unlocking new items and decking out my character, but at this point in modern gaming, loot crates are underwhelming if not a bit off-putting.

The unlock system is used to better results in the loadout system, which functions very similarly to recent Call of Duty and Battlefield games. You can set up a handful of custom loadouts, each one with a different primary and secondary weapon. There are also three gear slots to fill, offering useful ordnance like frag grenades, healing kits, and thermal decoys. Three perks can be also be selected, which grants a wide variety of passive bonuses. New equipment is unlocked as you increase your player level by earning experience during matches. In truth, I was impressed with the variety of weapons and equipment offered, along with the straightforward method of unlocking them. It’s a shame that the main gameplay isn’t more fleshed out, because the progression system works pretty well.

Predator: Hunting Grounds is a fun concept, but one that feels significantly under-baked. I won’t lie, I had a decent time running through the forest as the Fireteam and hunting down soldiers as the Predator, but the experience grows a bit repetitive after a while. The inclusion of a Call of Duty-style progression system adds some replayability to the package, but it doesn’t prevent the match-to-match gameplay from growing stale.

At a mid-tier price point, Predator: Hunting Grounds still feels a bit over-priced for what’s offered. The graphics aren’t especially impressive, there’s not a ton of content, and long queue times will only grow longer as the game becomes less popular. That said, it’s not a terrible game by any means, just one that needed a bit more time in development. Without the inclusion of ranked playlists, leaderboards, or alternative game modes, Predator: Hunting Grounds ends up feeling a bit hollow. You’ll likely have fun for a dozen or so matches, but after a while, the novelty starts to wear off. If you’re a big fan of the Predator movie franchise, there’s definitely fun to be had, but more casual shooter fans might feel underwhelmed after a few hours.