Since I’ve started consistently streaming for A 90s Kid, I’ve had the pleasure of finally experiencing some of the most well-loved games that I missed.

Final Fantasy X held up in a huge way. I thought the heaps of praise came mostly from nostalgia. It was the first Final Fantasy for many, and hit the market when games were integrating with a much larger mainstream audience than ever before.

But Final Fantasy X today charmed me completely. The laughing scene and Tidus’ whiney act made sense in context, the turn-based combat is my favorite of the series, and the story it told was tight and focused. I definitely see myself going back to it, mostly because the linear nature feels accessible and easily digestible.

Although many viewers voted against it, I figured now was the best time to try the sequel.

Immediately after falling in love with X’s characters and environments was probably the worst time to play a warped version that had little regard for what came before. It was like meeting the woman of my dreams on vacation, spending three incredible weeks with her, and having her completely change once we came home together.

Before I tear into it, I’ll say the combat has a lot of great ideas, many that would be refined into the wonderful XIII combat system. JRPGs should be about customization in battle and the job/wardrobe system provided that with style and substance. The emphasis on speed and interruptions can be exciting and tickles the brain in unique ways.

However, I greatly prefer the perfected turn-based chess of X or the elegant chaos of XIII. XIII sped up job swapping and allowed every member to switch simultaneously with minimal detriment (in fact swapping job groups could enable a faster execution when done properly). X-2 required more down-time to each character when swapping, that could result in a KO if you swapped clothes instead of going for a heal. Also, controlling three separate characters in an ‘active’ envrionment felt too hectic. I felt I was punished for spending any time thinking about my actions. This was incredibly frustrating after enjoying the luxury of pondering a single action in X for as long as I wanted. Also, in X, I was able to clearly see 100% of the action’s results and use that information to plan my next move. I could also see which characters were acting next to further influence my strategy.

X-2 sat in an uncomfortable space between those systems for me. I appreciate that many enjoy it, and it becomes even more interesting as abilities unlock and the interrupt mechanic is utilized, but in my opinion, the abilities unlock so slow, it’s mostly enjoyed in post-game.

This game is a bloody insult to the characters and story I fell in love with, and absolute thievery to charge full price for what should have been an expansion pack. Forcing a small team to cobble together a game out of already existing assets with obviously limited resources is a crime.

Why did this happen? 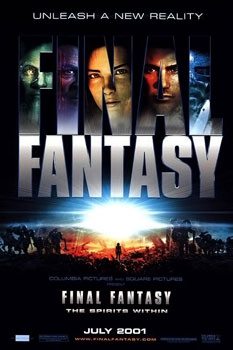 Sqaure’s Final Fantasy film The Spirits Within released the same summer as X. It was a financial disaster. Square had also lost money the previous fiscal year and shareholders needed a home-run. 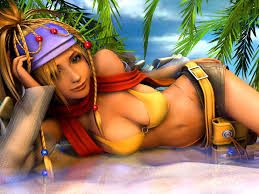 X-2 had a ratio of cost/risk the shareholders would love. The environments and character models could be reused, and surely the fan base would be interested in seeing a sequel. The few new cutscenes were probably the most expensive ingredients, but the overall budget was obviously the smallest since the old days of the franchise.

Over sexualizing the characters, (Rikku is 17 – legal in Japan I know – but still an international game), including a massage mini-game that’s biggest crime was not being fun, a steamy spring scene that sees the girls spying on each other’s breasts, and much more are the many cheap attempts at squeezing out more profit.

“It’s supposed to be light-hearted”

This is a point of defense I often saw when discussing X/X-2 on Reddit’s Final Fantasy forum.

The dress changes representing the job switching is a light-hearted way of displaying the system. Mostly a success. While the flashes of implied nudity are tacky, I don’t mind the gals dressing up to signify their new ability set.

However, I would argue two main points.

The campy humor falls flat. Brother and Le Blanc’s gang felt like bad Saturday-morning-cartoon characters and how many times did I have to face them!? Brother especially epitomized the terrible writing and tone. The dialogue felt like a rough draft. One unfinished idea connected to the next that amounted to mostly nonsense. It felt like every dev got to write one line of the script, without reading the previous or knowing the next. As if the un-used dialogue from X was thrown into a hat, shaken up, and pieced together as it was dumped on a table covered in perverted concept art of Rikku changing.

The one serious aspect of the story was a hollow attempt to make me feel for two characters simply because they looked familiar. Maybe instead of me facing Fat and Skinny mini-bosses five times they could have done some development that amounted to more meaning in the final scenes.

Who is it for

Post-gamers that love to unlock abilities and hunt big-game. The combat has a ton of depth and there’s plenty to unlock and customize while you level up to take out the most challenging enemies hiding in the wilderness.

The open world, heaps of side-missions, and other content like the creature creator, can provide 100+ hours for those inclined.

If you’re after a solid story or anything similar to X, you won’t find much here.

I was pleasantly surprised with the pleasant discussion over at Final Fantasy Reddit. Even those that loved the game were able to present their reasoning in a respectful manner. Please chime in here if you have anything to add to the conversation.