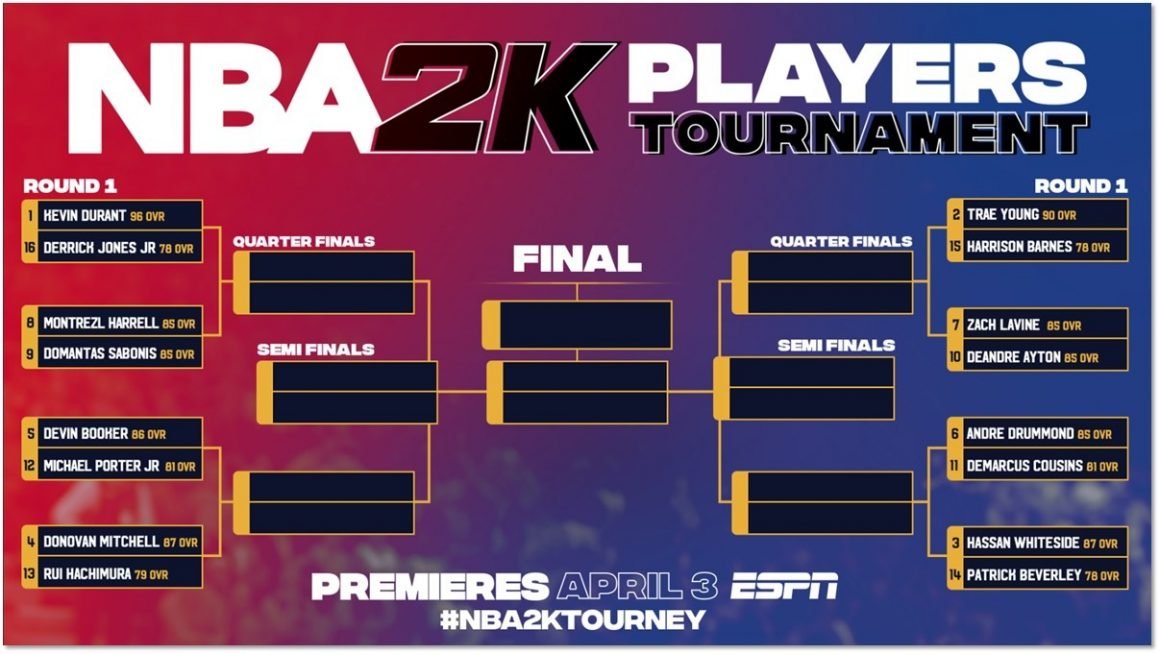 2K, the NBA and the NBPA have announced the “NBA 2K Players Tournament” where 16 current NBA players verse each other on NBA 2K20.

It’s a 1v1 single-elimination tournament on Xbox One with the likes of Kevin Durant and Donovan Mitchell. The winner will select a charity to receive a $100,000 donation from 2K, the NBA and the NBPA to support the coronavirus relief efforts.

So who are the players?

The tournament setup is determined by NBA 2K20 rating and by tenure, and each player chooses eight of today’s NBA teams used once only.

If two of the same teams are selected, the away team gets the first choice. The first two rounds are single elimination and semifinals and finals are best of three.

You can catch the first game of the tournament live on April 3 7:00 p.m. ET on either ESPN or ESPN 2. It’s also streaming live on the ESPN App, NBA.com, NBA App and 2K and NBA social channels such as Twitter, Twitch, YouTube and Facebook. The games will play out through April, with the semifinals and finals played out on April 11.

If all goes smoothly this should be a fun event to watch! It’ll be interesting to see the playstyle of each NBA player and who’s crowned best off-court in the video game arena.

Who do you think will come out on top? Let us know!