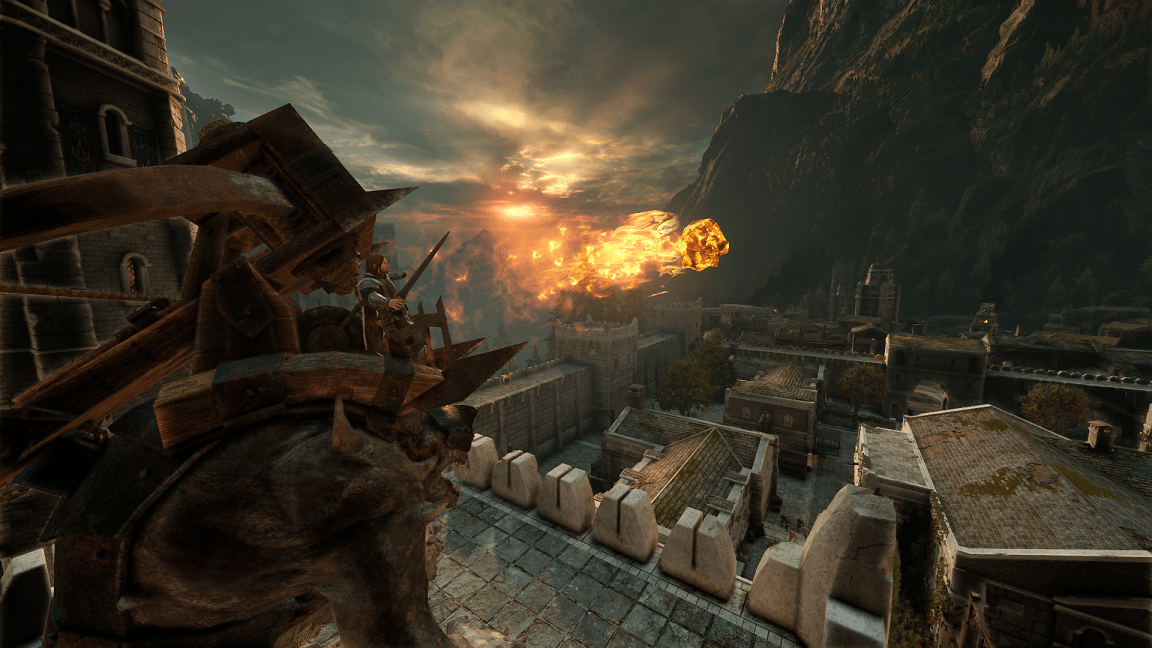 By mixing fun traversal and exciting combat, Shadow of Mordor was a well received open world adventure when it released in 2014.  Although it borrowed most of its mechanics from other popular games, the game presented a fresh take on The Lord of the Rings universe, and was great fun.  Three years later, we’re getting the sequel in the form of Middle Earth: Shadow of War.  The experience is a bit different this time, with a heavier emphasis on amassing a personal orc army.  Does Shadow of War shake things up enough to distinguish itself in an already crowded year for open world games? 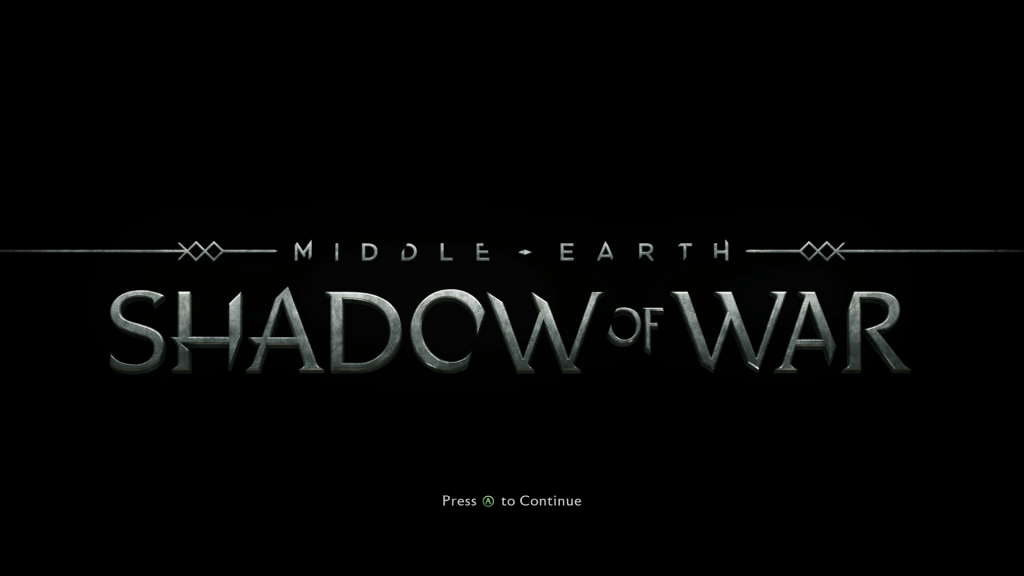 Some Rings to Rule Them All

Shadow of War has an interesting take on narrative structure, because it’s surprisingly loose.  The game picks up with Talion, the unremarkable main character from the first game, Shadow of Mordor.  Using the power of his soul-linked wraith partner, Talion forges a new ring of power and then promptly loses it to Shelob, the spider goddess.  This all happens in the opening minutes of the game, in a sort of rushed way to get the ball moving.  From there, Shadow of War takes you across a handful of quest lines, servicing different narratives and plots.  The theme is always the same; dominate orcs and conquer regions.

As Talion continues his effort to end Sauron’s hold over Mordor, he’ll meet a variety of characters.  There’s about five main quest lines, and of them, only a couple are very interesting.  The real meat of Shadow of War is undoubtedly in the combat and enemy mechanics, but more on that later.  When it comes to story quests, most of the content is bland, both narrative and gameplay wise.  Some missions are really cool, and have unique objectives within interesting environments.  Unfortunately, they’re more often predictable and contrived.  If the idea of “kill 10 enemies using a stealth move” sounds like an exciting objective for you, then rejoice.  Most of Shadow of War‘s main quests whittle down to formulas like this. 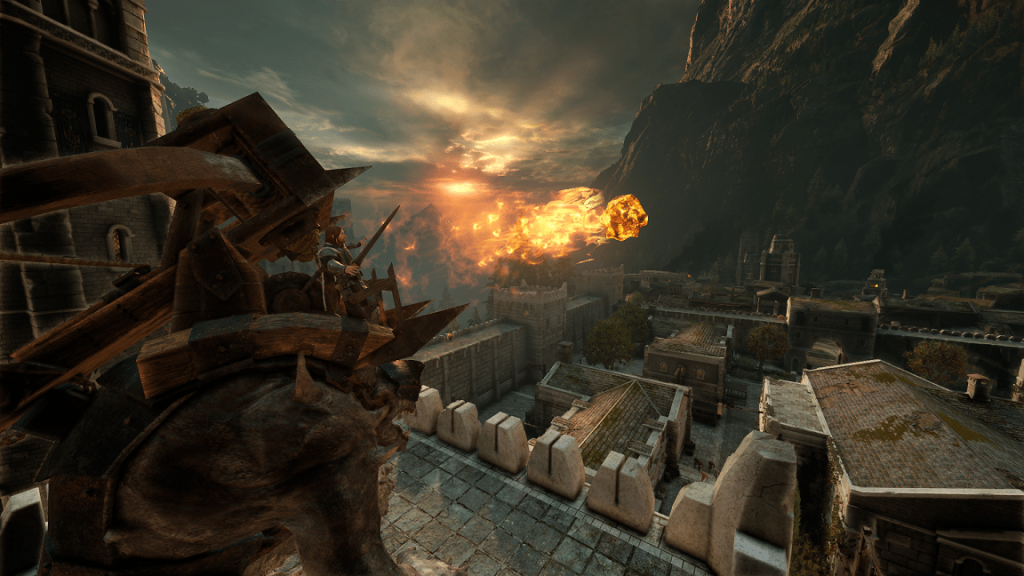 Talion and the Wraith

As a two-in-one package, Talion and the wraith are still able to do some pretty awesome stuff.  Much like the first game, combat is a major focal point, and Talion has a wealth of abilities to unlock.  As you conquer the orc-infested regions of Shadow of War, you’ll earn gear and level up.  Although you can unlock some cool perks by completing gear-specific challenges, the real fun is in Talion’s late game abilities.  Shooting giant explosions, teleporting across the map, and riding dragons are all very common things towards the conclusion of the game.  However, the path there can often feel repetitive.  The lack of variety in mission objectives means you’ll often be killing tons of orcs, but often in the same ways.  Sure, the attacks and approaches are different, but the experience feels similar as it repeats.  Eventually objectives themselves start to pop up, and I found myself “purifying towers” 4 missions in a row.  In my opinion, that’s just a lack of creativity.

The traversal system is also equal parts good and bad, by being incredibly quick but lacking in precision.  Compared to a game like Assassin’s Creed, you can easily bound up tall towers quickly.  You simply hold a single button to scale terrain, and tapping it will fling Talion upwards as fast as he can.  Conversely, you hold a single button to drop down from heights.  This simplified system makes long distance travel easy, but creates problems in certain situations.  There’s a lack of precision in small movements, which makes something like jumping through a window needlessly complex.  Pair this with the fact that movement buttons are also used for combat moves, and you’ll find yourself dodging when you mean to climb, and jumping off ledges when you want to stun.  It’s really satisfying to be able to move around quickly, but it doesn’t look the best or work all the time.

The saving grace of Shadow of War is its “Nemesis” system.  Each of the game’s handful of regions has a hierarchy of uniquely named orcs defending a fortress.  At the lowest rung of the ladder are captains, followed by the three or four warchiefs, all of whom report to the overlord.  Your ultimate goal is to overtake every fortress, and you accomplish this by using the power of your ring to dominate their minds, and create your own personal orc army.  In a way, the Nemesis system is almost completely separate from quests and story content.  These unique orcs are your main way of getting new gear, so you’ll organically run into them.  Shadow of War smartly introduces you to the core gameplay mechanics before dumping its notably option-rich army simulator on you.  I managed to play around for almost 10 hours before progressing far enough to hit the more expansive parts of the Nemesis system, a sign that it’s something you learn over time. 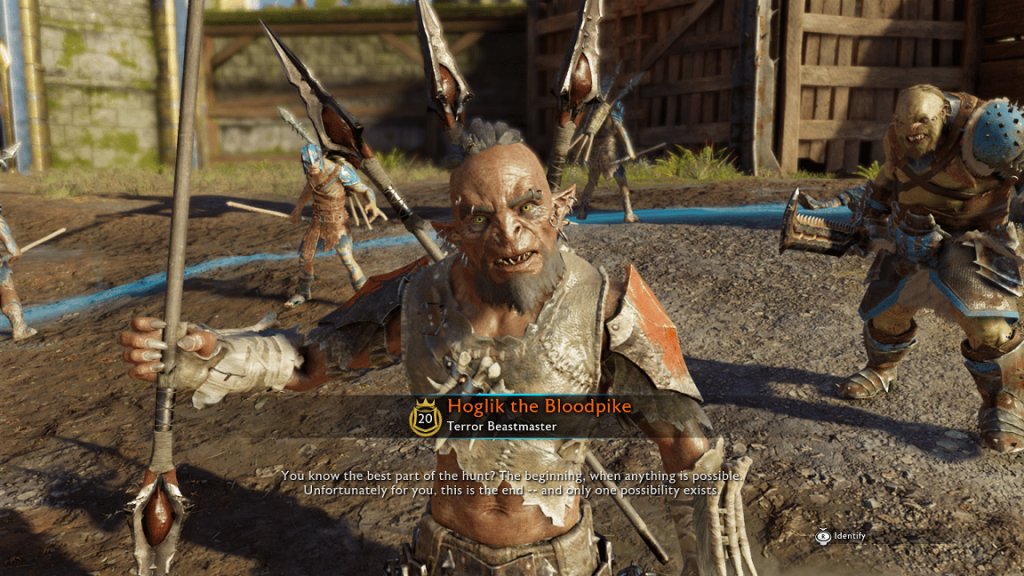 Much like the first game, you can interrogate grunt level orcs for information on captains and warchiefs.  By uncovering this intel, you’ll learn what their strengths and weaknesses are, and what the best way to approach them will be.  Although this stuff was in the first game, Shadow of War doubles down on giving the unique orcs personality.  This extends into the gameplay mechanics as well.  For instance, you may mortally wound a captain, only to have him run away in terror.  This gives him the potential to escape and live another day.  If he’s successful, the next time you find him, you can bet he’ll remember.  Sometimes, captains might even come hunt you down when you least expect it.

Building Your Forces, and the Loot Box Issue

The Nemesis system is ever-expanding, meaning you’ll always be able to improve your own army of brainwashed orcs.  As you finish off the quests and numerous activities within Shadow of War, you may start to really flesh out your orc collection.  By this point, you’ll have played well over 40 or 50 hours, and the idea of grinding may not seem as appealing.  Repetitive objectives are only that much more boring, adding dozens of hours into the game.  Shadow of War attempts to make the experience easier by offering micro-transactions with its loot box system.  By using paid currency, you can unlock both “war chests” and “loot chests”, which give you high leveled orcs for your army and new gear respectively.  Although this paid currency can be earned in-game, the drop rate is laughable.  Likewise, the appearance of “legendary” and “epic” orcs are equally rare. 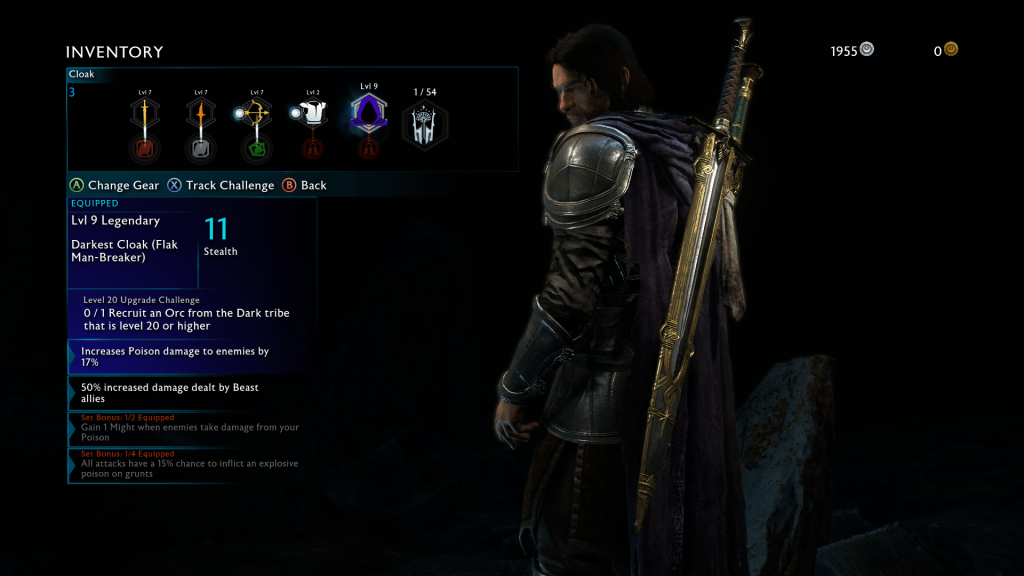 This presents you with an option: play dozens of hours and grind similar content, or pay real money for guaranteed drops.  In a single player game, that feels ugly.  I don’t feel like I’m being rewarded, I feel like I’m being cheated.  Instead of having a cool team of orcs after 40 hours, I have two or three legendaries.  Sure, I can pay a few bucks and flesh out my team, but I didn’t earn it.  In that way, Shadow of War seems to have the worst kind of loot boxes; the pay-to-win kind.  My thoughts on loot boxes are complex, and this is not the place to have the conversation.  That being said, Shadow of War has microtransactions that feel aimed to exploit the player, not reward them.

To briefly speak on the visuals, Shadow of War is both mediocre and remarkable.  It exceeds in places where the lighting effects are on display, with sunrises and environmental effects spicing things up.  The construction and design of Mordor’s fortresses and looming towers are impressive, as is the depiction of its ruined battlegrounds and decimated lands.  However, the actual quality of textures and fluidity of certain animations can leave much to be desired.  Especially as quests progress near the end of the game, certain set pieces start to feel tacked on and uninspired.  The extended number of regions doesn’t exactly equate to variety, and although the regions are thematically different, few left lasting impressions on me.  Plainly put, the majority of Mordor isn’t as memorable this time around.

The Bottom Line on Middle Earth: Shadow of War

Shadow of War is a game with a bunch of really cool ideas, but flawed execution.  The moment-to-moment combat is fun and exciting, and there’s a decent amount of depth where upgrades are concerned.  Unfortunately, the underwhelming story content and repulsive microtransactions mar the impressive Nemesis system and its intricacies.  Your mileage will definitely vary with Shadow of War, and your enjoyment will ultimately boil down to a few key things.  If you enjoyed the first game, Shadow of Mordor, you’ll have a good time here.  If you enjoy gameplay mechanics that are similar to deck building, and give a bit of strategy to your action, you’ll definitely be pleased with the Nemesis system.  However, if you’re looking for an engaging and riveting Lord of the Rings inspired epic, you’ll be disappointed.

Shadow of War lacked the variety to keep me interested long enough for its intentions to be fully realized.  It takes several hours for all the pieces to fall into place, and by that time, you may be bored of Shadow of War.  Some will absolutely adore this experience, and I’m certain that Shadow of War will please its core audience.  Unfortunately, when compared to other great open world games released even this year, Shadow of War‘s awesome enemy mechanics are not enough to set it apart.  It’s a game worth playing, but if it fails to grab you quickly, you may find Shadow of War resting on the back burner after a dozen hours.  If anything, Shadow of War will be divisive, which is a sign of something worthwhile.