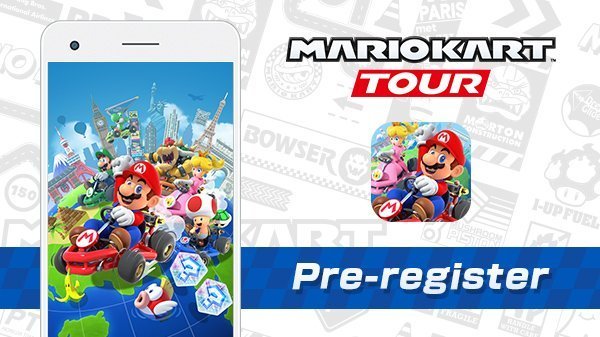 Those of you who are anticipating the launch of Mario Kart Tour, get excited! Pre-registration is now open either on the Google Play Store or on the App Store. Once registered, you’ll be notified when the game is released. All you’ll need to do then is link your Nintendo Account or create a new one in the game when it’s downloaded and ready to go. The release date for Mario Kart Tour is the 25th of September.

Mario Kart Tour is a mobile game on Android and iOS. Judging by the videos it is displayed vertically and can be played using a single hand focusing on using items and overcoming special challenges not seen before in Mario Kart. The courses are inspired by real-world locations such as Paris, and the game also includes tracks from previous console generations of Mario Kart like Waluigi Pinball. Some users on Twitter are wary of Nintendo’s previous decisions to include in-game purchases.

Nintendo originally announced that the game would be released in March 2019. Finally, we know the release date and can’t wait to get our hands on this one.