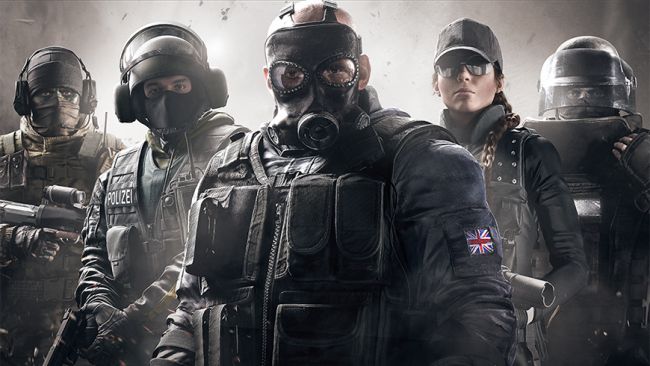 Rainbow Six Siege is getting some significant changes for its third year, Ubisoft announced at the Six Invitational tournament in Montréal. In addition to the standard new operators and maps, the competitive shooter will see major new features like a Pick and Ban system and map buffs in 2018.

The most notable change coming to Rainbow Six Siege is the Pick and Ban feature, which will allow each team to ban two operators, one attacker and one defender, from a full match. This will result in four total operators neither team can use for that match, adding an interesting layer of strategy to the game. The Pick and Ban system will be available to pro players at first and eventually trickle down to Ranked and Casual matches sometime in 2018.

Beginning with the new Year 3 DLC season that goes live on March 6th, all 20 base operators will be unlocked for free in all versions of Rainbow Six Siege except the Starter Edition. Those who have the game’s Starter Edition will now have six operators unlocked as apposed to the usual four operators.

In addition to complimentary operators, all weapon attachments — grips, suppressors, muzzle breaks, optics, etc. — will be completely unlocked at the outset of the game for everyone, even owners of the Starter Edition. It is unclear if current Siege players will receive any kind of refund for attachments they have unlocked since starting the game.

A few changes are coming to the maps in Rainbow Six Siege, including some small alterations and some complete redesigns. Hereford Base will be the first map to be entirely reworked to make it less symmetrical and boxy. Before Hereford’s redesign, players will see “buffs” — minor adjustments — in the Clubhouse map. Clubhouse will receive some layout changes and tweaks to shake up the strategies a bit.

Players will see buffs on different maps with each update this season, so prepare to recalibrate your tactics soon. One of Ubisoft’s goals with Clubhouse and all upcoming map reworks is to move objectives more toward the center of the map to allow the full progression of tactics to play out.

Last but not least, Ubisoft revealed that the Pro League season will be extended to last six months instead of three. As for the content of each season, the first has been revealed to be Operation Chimera, which adds two new operators and a limited-time event called Outbreak. Season 2 will add two new Italian operators to the roster, along with an entirely new map, while Season 3 will add two new operators and a reworked map. Finally, Season 4 will end the year with adding two Moroccan operators and a new map set in Africa.

The first batch of new content is set to release on March 6th. Rainbow Six Siege is available now for PS4, Xbox One, and PC.