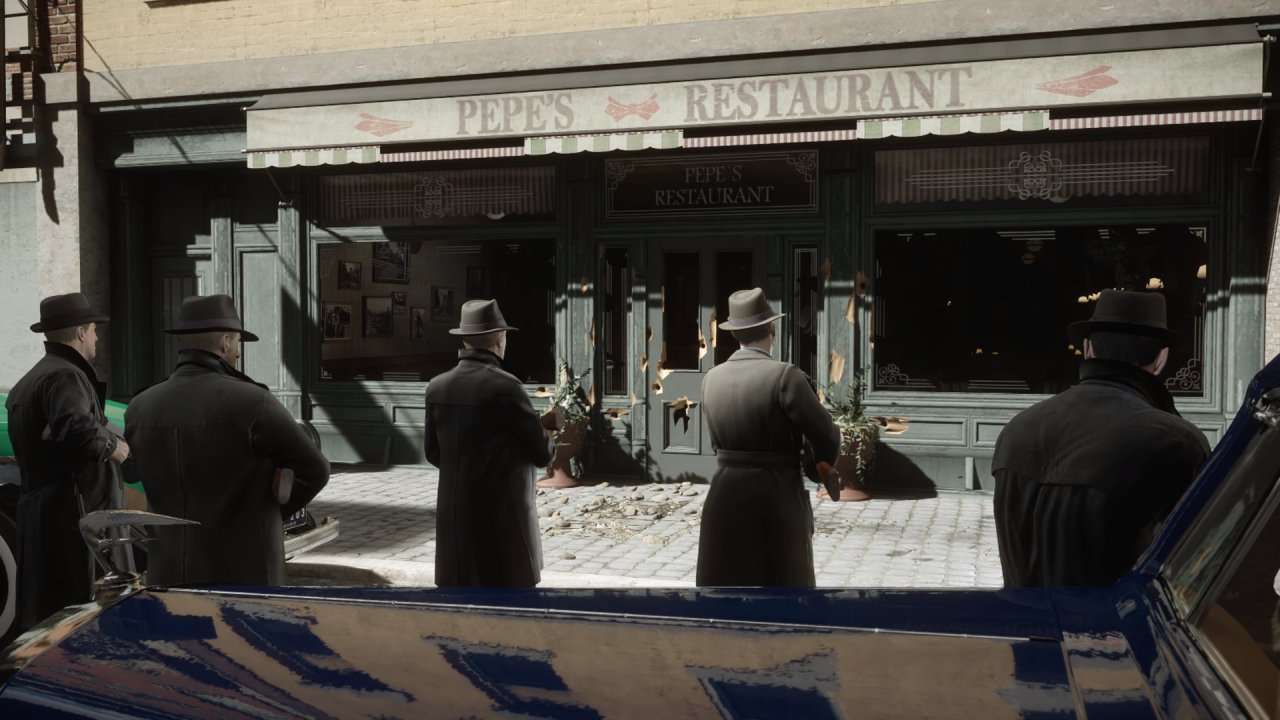 Mafia: Definitive Edition is a remake of the third-person action game Mafia, originally developed by Illusion Softworks and released on the PC in 2002. This is a complete remake from the ground-up, including brand new textures, character models, and gameplay mechanics. Developed by Hangar 13 (the creators of Mafia III), Mafia: Definitive Edition brings this nearly 20-year-old narrative to modern systems, giving players a look into the world of organized crime in the 1930s. Playing as Tommy Angelo, a young cabbie trying to make a living in the bustling city of Lost Heaven, you’ll rise from a lowly getaway driver to a full-blown mobster living the good life. While the flashy new graphics make Mafia: Definitive Edition feel at home on modern systems, does the gameplay follow suit? Let’s find out if this slower, more methodical story of crime in the Prohibition-era is as exciting as some of its bombastic counterparts.

In Mafia: Definitive Edition you play as Tommy Angelo, a taxicab driver looking to make a living in the sprawling city of Lost Heaven. One day, after a long and arduous shift of annoying fares, Tommy picks up two mob gangsters in the middle of a fight with a rival family, becoming their impromptu getaway driver. The next day, Tommy is attacked and his cab is ruined when the rival family, the Morellos, attempts to send a message to the Salieri family mob that he assisted. Down on his luck and with barely a cent to his name, Tommy goes against his better judgment and asks the leader of the Salieri to help him get a bit of revenge. What starts as a simple rebuttal for a busted up cab quickly spirals out of control, dragging Tommy into the violent world of organized crime.

One of the best parts of Mafia: Definitive Edition is its excellent cast of characters, which help to breathe life into the grimy yet sophisticated narrative. On most of his missions, Tommy is accompanied by two other Salieri gangsters, including a rowdy loudmouth named Paulie and a secretive and humble thug named Sam. Don Salieri, the boss of the Salieri crime family, is a fiercely patriarchal and calculated man, who is both charming and intimidating at the same time. Don Salieri is often joined by his right-hand man Frank Colletti, a bespectacled and quiet adviser with a deadly poker face.

This gang of boisterous boys is offset by Tommy’s love interest, the independent and endearing Sarah. Almost every character feels layered and realistic, with motivations and backstories of their own. It’s easy to get attached to these characters and empathize with their troubles, which makes it all the more difficult to forgive them as the story gets more and more disturbing.

When it comes to the story at large, Mafia: Definitive Edition delivers a consistently entertaining gangster tale. The plot is a bit predictable at times, but there are still plenty of exciting surprises along the way. The characters are strong and personable, the action is intense and has consequences, and it’s easy to see how the lines of morality blur when times are tough. It might not be on par with the cinematic masterpiece, The Godfather, but Mafia: Definitive Edition offers a satisfying story of American crime that’s one of gaming’s best.

The Seedy Life of Crime

At first glance, you might assume that Mafia: Definitive Edition plays similar to other modern open-world games like Grand Theft Auto V or Watch Dogs. While that’s partially true in terms of gameplay mechanics such as driving, third-person shooting, and interacting with your environment, Mafia: Definitive Edition is a much more guided and cinematic adventure than you might expect. In the main game, you’ll progress through a series of story chapters, leading you through various gunfights, brawls, and dialogue scenes. Missions are often very linear in their design, directing players from one scripted sequence to the next. While the restrictive nature of the missions might feel dated, it works well with Mafia: Definitive Edition’s narrative priority.

Unlike in Grand Theft Auto, there are severe penalties for driving over the speed limit, hitting innocent civilians, and generally causing disturbances in public. If you prefer a more arcade-like experience, the game offers a few difficulty options that offer more lenient police, easier driving controls, and more. That said, Mafia: Definitive Edition is more about living the life of a “classy” mobster and less about being an uncaged criminal on the loose.

In fact, it’s easier to compare Mafia: Definitive Edition to a game like Uncharted or The Last of Us. As you play through the game’s twenty story chapters, you’ll become wrapped up in the narrative, occasionally more interested in the next cutscene than the next shootout. That said, the action in Mafia: Definitive Edition is still plenty of fun, letting you blast through mobsters with a Tommy Gun, drive around in a high-speed race car, and do a bit of sight-seeing across the city.

At worst, the aiming mechanics can feel a bit stiff and the movement slightly clunky, but for the most part Mafia: Definitive Edition provides an adequate amount of gangster goodness to keep players engaged. There are a slew of explosive gunfights, intense car chases, and even a bit of stealth thrown in for good measure. You’ll plant car bombs, rough around a few ruffians, and even go on a few booze runs.

If there’s any consistent annoyance I have with the game, it comes from the lengthy driving sequences with excessive dialogue, similar to games like L.A. Noire and Grand Theft Auto IV. While these sequences are good for sparking more character development and world-building, driving at slow speeds back and forth across Lost Heaven isn’t exactly super entertaining. Keep in mind, the game is set in the 1930s, so cars have a leisurely top speed. Simply put, be prepared to drive around the city for a good chunk of time.

In addition to the main campaign, Mafia: Definitive Edition also offers an unrestricted Free Ride mode. While in Free Ride mode, you’re able to drive or walk around Lost Heaven at your own pace. You can snoop around alleys and buildings looking for various collectible cards, comics, and magazines, some of which can also be discovered during the main game. If you’re interested in causing some public unrest, the entire armory of weapons is available for use. When you steal new cars, they’ll also get added to your garage, which can then be accessed whenever you desire.

Unfortunately, Lost Heaven isn’t a terribly interesting city to explore. While it works great as a backdrop for the dramatic main story, Lost Heaven is mostly underwhelming when examined with a closer eye. Apart from a handful of secret “side quests” that unlock some new costumes and cars, there’s not much to see and do outside of the main game. Sure, you can gun down civilians and get the cops all flustered, but impromptu high-speed chases are only fun a few times. After a few dozen trips around the map, it all starts to blend together, with only major notable buildings and environments sticking out. While Free Ride is a nice mode to include and is fun for a few hours of exploration, don’t expect a bustling world of extra content beyond the single-player story.

Although Mafia: Definitive Edition has an exceptionally strong plot, the overall experience falters in a few places. The new visuals are impressive and flashy, but the action can get choppy as the framerate dips from time to time. The third-person shooting mechanics work fine, but blasting down wiseguys while ducking through cover feels dated and occasionally repetitive. Likewise goes for the melee combat, which is equally shallow and rarely involves any type of strategy. However, the high quality of the narrative and the mid-tier price point makes Mafia: Definitive Edition a worthwhile and attractive purchase. If you have any affinity toward classic mobster flicks like Goodfellas, The Departed, or The Irishman, you should definitely consider grabbing this impressive remake.