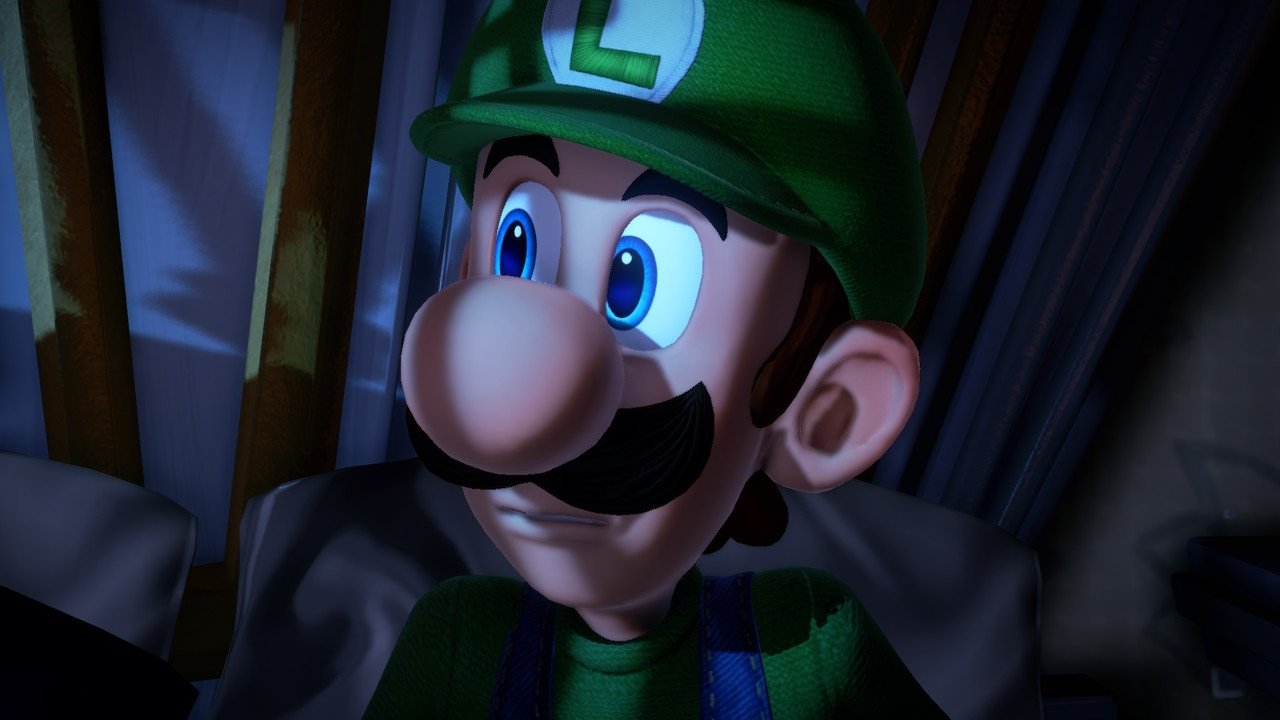 After six years the Luigi’s Mansion series is back, this time as a fully-fledged sequel on the Nintendo Switch. The last entry in the franchise, Luigi’s Mansion: Dark Moon, released on the 3DS in 2013. Since then, fans of this slightly cult-classic franchise have been eagerly awaiting the release of a brand new Luigi’s Mansion game, backed by the power of a Nintendo home console. Luigi’s Mansion 3 promises a creepy yet charming and delightful adventure through a haunted hotel, as players guide Luigi through room after room of cartoony frights. Although the Luigi’s Mansion series has always been admired for its heart and inventive design, it’s never been the breakout hit that Nintendo may have hoped for. Does Luigi’s Mansion 3 have what it takes to make this family-friendly horror franchise a household name? Let’s see if the third times the charm!

Luigi’s Mansion 3 kicks off with Luigi and his best friends (Mario, Peach, the Toads, and his ghost-dog Polterpup) arriving at a luxury hotel. After being invited for an all-expenses-paid trip by the hotel manager Hellen Gravely, the crew arrive intent on a vacation full of rest and relaxation. Unfortunately, Luigi quickly finds out that Hellen’s invitation was a sham, and under the illusion of a beautiful resort sits a spooky and haunted hotel. With ghosts roaming the halls intent on causing havoc, Luigi must find his friends and free them before the paranormal powers of the hotel consume them all.

In order to rescue his friends, Luigi must traverse through the many rooms and floors of the hotel. Using the central elevator, Luigi must ascend through 15 floors of ghost-catching. Unfortunately, almost all of the elevator buttons have gone missing, and can usually be found by defeating a floor’s boss ghost. This provides a nice gameplay loop, giving players an overall objective for each new inventive floor. You’ll find yourself exploring the expected hotel environments like a marketplace, lounge area, pool hall, and more. However, as Luigi makes his way further up the hotel, each floor starts to take on a life of its own.

Without spoiling much, Luigi’s Mansion 3 does a great job of making each room and floor special, continuously providing a great variety of gameplay and environmental design. Each floor is themed well, and the wackier and more reality-bending environments feel exceptionally cool. Things get weirder as you go higher and higher up the haunted hotel, eventually abandoning the laws of physics altogether at points. In terms of level design, Luigi’s Mansion 3 tries to keep things new and exciting every step of the way, rarely retreading the same gimmick twice.

The Soul-Sucking Vacuum of Legend

As in every Luigi’s Mansion game, Luigi is outfitted with his signature flashlight and the immensely-powerful Poltergust vacuum. With enough power to suck up ghosts, the Poltergust is Luigi’s most versatile tool for both exploration and combat. The gameplay experience is a good mixture of puzzle-solving and ghost-catching, with a flurry of collectible gems and money stuffed in the environment to find. As you progress through each room of the floor, you’ll want to interact with everything possible, vacuuming your surroundings with reckless abandon. As you make your way further into the game, you’ll unlock new abilities for your flashlight and vacuum, including a black light that uncovers hidden secrets.

One of the biggest new additions to the gameplay is the introduction of Gooigi, a controllable clone of Luigi that appears to be made out of green apple gelatin. With the tap of a button, you can summon Gooigi, using his gelatinous form to your advantage. Gooigi can bypass certain barred doors and vents due to his flexible nature, and it always helps to have an extra pair of hands. Gooigi can also use a flashlight and vacuum, and many of the game’s puzzles will utilize Gooigi in some way.

As an added bonus, Luigi’s Mansion 3 can be played in local coop after you discover Gooigi, with the second player taking on the role of the green, gooey clone. There are additional multiplayer modes (more on that later), but it was nice to see a local cooperative option for this adventure. It makes it more accessible for parents trying to play with their children and adds an easy way for a friend to hop in and help you with a puzzle if you’re stumped.

The ghost-hunting and overall progression of Luigi’s Mansion 3 is far more similar to Luigi’s Mansion: Dark Moon than the original Luigi’s Mansion. Instead of each room containing a unique “portrait ghost” like in the original game, floors in Luigi’s Mansion 3 are filled with numerous ghost encounters. There are not a huge variety of common ghosts, although the handful of ghost-types are unique enough to provide satisfying combat. Before sucking them up with your vacuum, you’ll have to stun the ghosts by blasting them with your flashlight beam.

Some enemies will protect themselves from your flashlight, adding another layer of complexity. Once stunned, you’ll begin a brief tug-of-war as you attempt to suck up the ghost with your vacuum. Pull the ghost in the right direction for long enough and you can bash them back and forth on the ground, dealing huge damage and smashing the environment around you.

Catching ghosts is easy enough and you’ll never feel underpowered with the exception of a few boss fights. Each floor is punctuated with a big set-piece battle, where you’ll face off against the boss ghost of that floor. Whether it’s the ghostly security guard in the market or the spectral maid of the VIP suites, you’ll have to catch these ghosts by participating in memorable and engaging battles.

One of my main gripes with Luigi’s Mansion 3 is an annoyingly frustrating oversight; the inability to invert the Y-axis in controller settings. Considering this was an option available in the original Luigi’s Mansion on Nintendo Gamecube (and a common inclusion in almost every modern video game), I was utterly perplexed at its exclusion.

That said, using the gyroscopic controls offers a somewhat inverted play-option, but this is a half-baked solution to a problem that shouldn’t exist in the first place. Some of the more hectic boss fights require both speed and precision, and the default controls can feel clunky in these moments. Unless you’re using the R and L buttons to control your flashlight, it can be hard to turn quickly and fend off attacking ghosts. Combine this with the lack of Y-axis inversion, and I was at a disadvantage based on my control preferences for the first few hours of the game.

The Multiplayer Tower of Terror

ScareScraper places a team of up to four Luigis (although each person can bring along a coop partner if they wish) in a procedurally-generated skyscraper. Players must work together to complete objectives within the time limit in order to clear each floor. Some floors require you to capture all ghosts, while others focus on collecting a certain amount of gold and cash.

When setting up the match, the host can choose between a 5-floor building or a 10-floor building. If you don’t work as a team, ScareScraper can be deceptively tough. That said, it’s a fun mode with a high level of replayability, adding some extra value to the package. ScareScraper can be played both locally between Nintendo Switch systems or online with friends and random players, and I found it relatively easy to find an online match even weeks after release.

ScreamPark provides fun competition via local play only, allowing up to eight players on one Switch system. There are three different team-based games to play, including Coin Floating, Ghost Hunt, and Cannon Barrage. Coin Floating sees teammates attempting to collect coins while wading around a pool in an inflatable duck, which is hectic but shallow fun. Ghost Hunt provides similar gameplay to Story Mode and ScareScraper, challenging teams to suck up as many ghosts as possible. Finally, Cannon Barrage is the most unique, with two teams trying to shoot down targets while stealing each other’s cannonballs. All three game modes are worth playing a few times, but require a sizable group of players to be truly engaging.

The Bottom Line on Luigi’s Mansion 3

Luigi’s Mansion 3 proves that the Luigi’s Mansion franchise has legs of its own, and can stand up next to other big-name Nintendo series. Clocking in at roughly 10 – 12 hours, the Story Mode presents a continuously engaging and inventive adventure, ripe with fun ideas and quirky charm. A few design choices weaken the experience, but some players won’t even notice these issues at all. Hidden gems and other collectible goodies make a second playthrough an attractive option, as well as adding a bit of depth to the otherwise linear adventure.

Plainly put, Luigi’s Mansion 3 is continuously fun and uplifting, despite its tongue-in-cheek creepy tone and setting. The game also strikes a great balance between welcoming design and challenge, making it good for both longtime franchise fans and newcomers. Extra multiplayer modes add value to the package, rounding out the experience and making Luigi’s Mansion 3 a viable party game. While it might not be as memorable as the original GameCube game, Luigi’s Mansion 3 is wholly entertaining and charming as can be. Switch owners looking for another quality game with polish and style will find a lot to love in this spooky and silly Luigi-centric adventure.