Life is Strange: Before the Storm – Episode Three Review

Life is Strange: Before the Storm has been a wild ride. We’ve grown closer with series’ protagonist Chloe Price than ever before, and learned more about Rachel Amber’s relationship with her. As the three episode series ends with its final episode, Episode 3: Hell is Empty, I’m hoping to finally get some of the signature dark-turn storytelling that Life is Strange is known for. The two previous episodes were great both artistically and from a narrative standpoint, with only a few minor stumbles. As Chloe and Rachel’s story comes to an end, let’s see if developer Deck Nine was able to come through.

Episode Two left us with a pretty big revelation. The woman that we thought was Rachel’s father’s mistress turned out to be Rachel’s birth mother. Episode Three picks up right where Episode Two left off, and the opening minutes are both dark and full of exposition. Throughout the episode, we learn more about Rachel’s family. As a running theme, the story it tells us exposes the harsh realities of consequence. It’s a conclusion that proves that everyone is human; even parents who are often viewed as untouchable. Generally speaking, the episode embraces a lot of dark elements. Heavier topics like drug abuse and escapism play big roles, and are handled to varying levels of success. 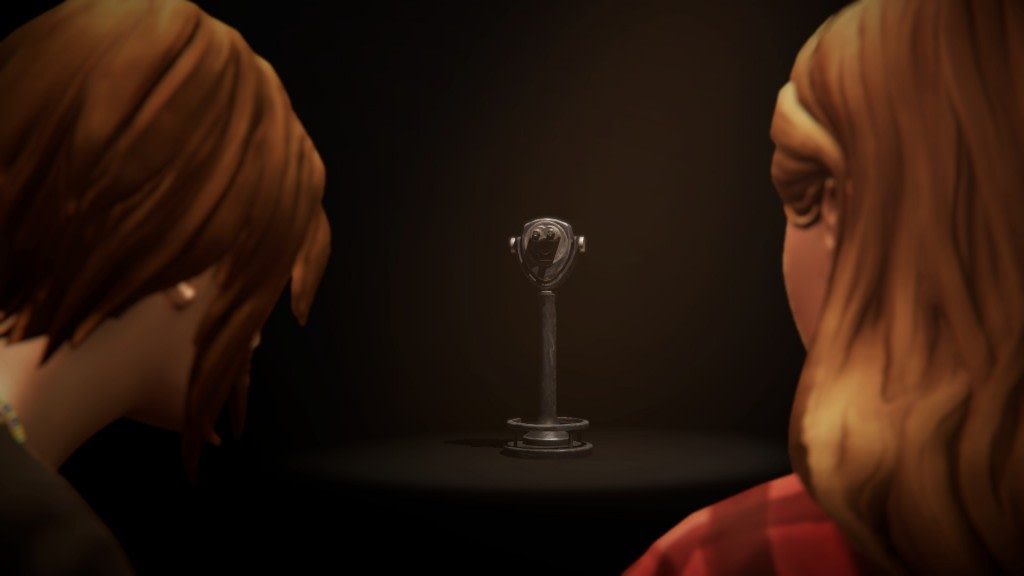 In addition to Rachel’s story, we start to see the pieces of Chloe fall into place. The Chloe we met at the start of Before the Storm was much different from the one we knew in the original Life is Strange. As the series wraps up, as does her transformation. Episode Three revisits Chloe’s reoccurring nightmare about her father’s death, culminating in a chilling scene that is both gut-wrenching and emotionally charged. This conclusion (along with the entire reoccurring nightmare plot line) may just be the Before the Storm‘s most effective scene, and had my jaw hitting the floor.

All the Devils are Here

Episode Three strikes a good balance between dialogue, exposition, story decisions, and free movement. Simplistic puzzles break up the heavy story, and are a welcome distraction. These puzzles never become difficult or frustrating, moreso offering a different way to experience a situation. Since adventure games like this can often contain a lot of cutscenes, far too often is the control pulled from the player. This is not always true in Life is Strange: Before the Storm, as developer Deck Nine seems to understand that not every large moment needs to be tailored to the camera. 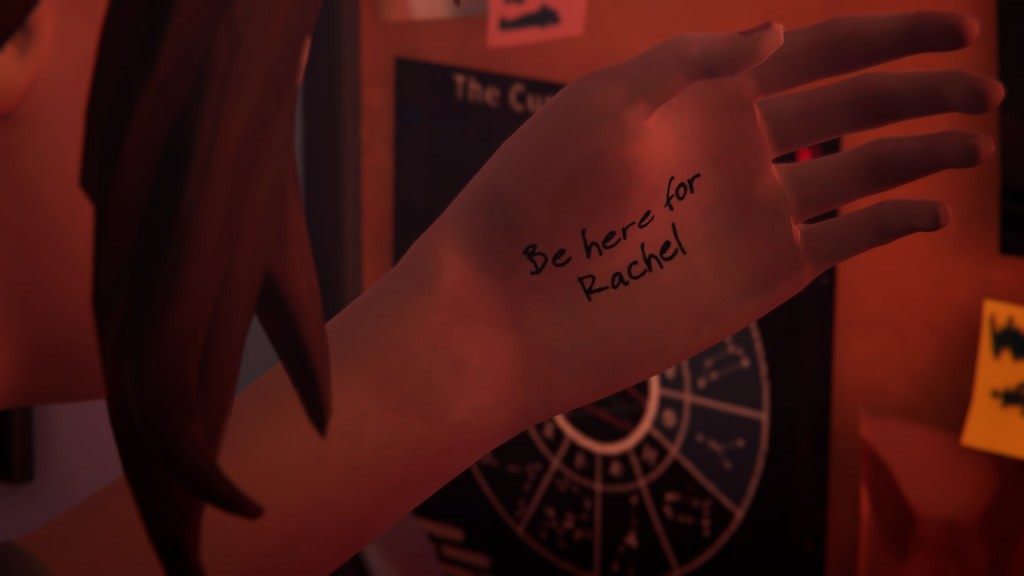 That being said, Deck Nine has a solid hold on the camera, creating some fantastic shots during cutscenes. Even something as mundane as Rachel’s bedroom can become quite beautiful with the right perspective and atmosphere. We saw this kind of camerawork in Episode One, but Episode 3’s cutscenes are arguably the most “art house”. I enjoy that kind of perspective, but some may find it lingering or abstract. To each their own, I suppose.

Voice acting is the most well rounded in this episode, although Chloe remains the best of the bunch. Secondary characters range from great to serviceable. I far more appreciated the performance of characters like Steph and Drew over Mr. Amber and others, but all of the voice work serves the story just fine.

The Bottom Line on Life is Strange: Before the Storm – Episode Three: Hell is Empty

I was originally hesitant about Life is Strange: Before the Storm. How could a three episode prequel possibly recapture the magic of the original? While it’s not quite up to par with the original series, Before the Storm tells a great interpersonal story that echoes the troubles of teenage years with honesty. Characters occasionally defy basic logic, often to create a bit of drama, but the foundation is still there. It succeeds in painting us an aesthetically pleasing picture with great camerawork, coupled with an appropriate soundtrack that helps fill out the atmosphere. For fans of the original series, Life is Strange: Before the Storm is a worthy prequel, and the finale solidifies that even more. It may not be perfect, but when compared to most other adventure games of similar type, Life is Strange: Before the Storm manages to rise above the rest. Great for both newcomers and returning fans, I can now say with certainty that this Chloe Price focused story is well worth your time.