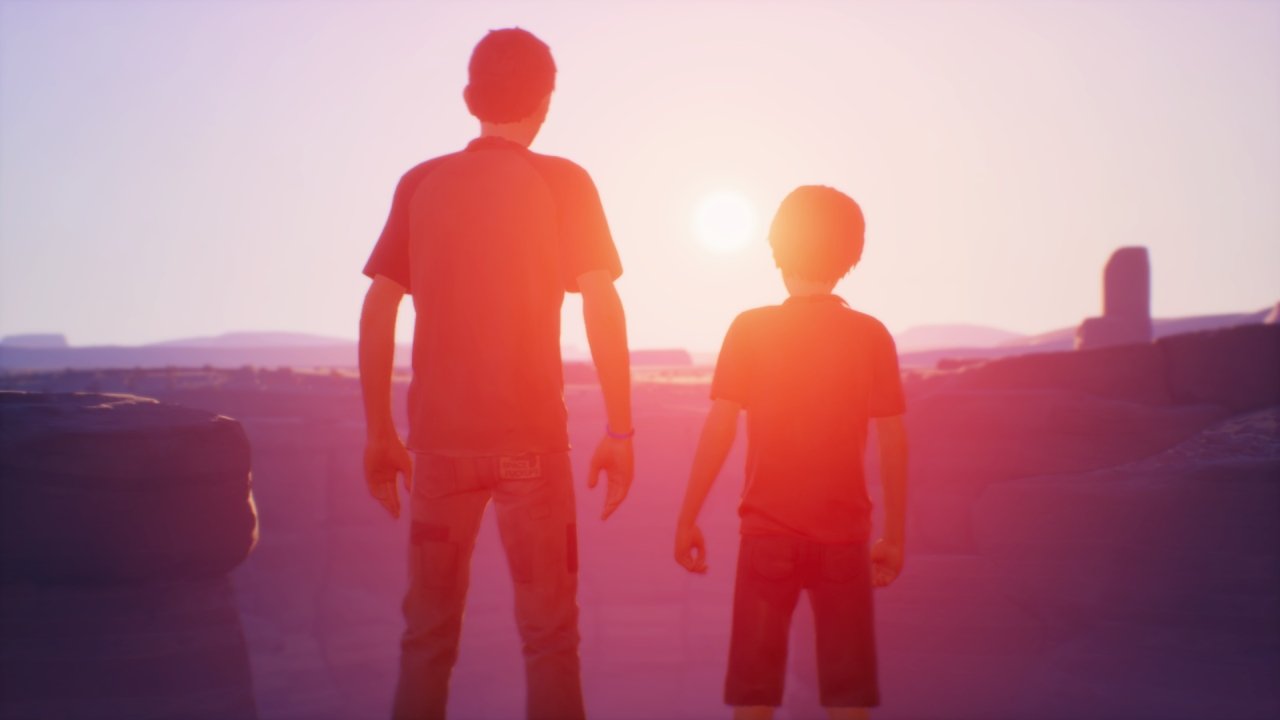 Life is Strange 2 has been an interesting albeit underwhelming journey that reaches its conclusion in Life is Strange 2: Episode 5 – Wolves. Over the past four episodes, we’ve watched the plight of the Diaz brothers, two innocent young adults who run away after a violent accident at home. With each passing episode, things get rougher and rougher for the two siblings, as they work toward their ultimate goal of returning to Mexico to seek safety from the law. It’s been a bumpy and uneven ride, with half-baked characters, occasionally offensive writing with no rhyme or reason, and a constant tendency to lean into hot-button social issues over meaningful storytelling. That said, there’s still plenty of potential in the tale of the Diaz brothers, and a solid finale could be enough to save this second Life is Strange installment. Is Life is Strange 2: Episode 5 – Wolves a good conclusion to a disappointing story, or is this a fittingly mediocre wrap-up? Let’s see just how strange things get.

Life is Strange 2: Episode 5 – Wolves picks up approximately two months after the end of Episode 4 – Faith. Having successfully saved Daniel from a cult residing in Nevada with the help of their mother, Sean and Daniel head into the Arizona desert with their sights set on the Mexico border. Staying at a middle-of-nowhere campground known as “Away”, the two siblings rest up before enduring the final trek of their journey.

The first portion of Episode 5 – Wolves is of surprising quality when compared to the previous episodes of Life is Strange 2. Characters and dialogue feel honest, there’s a decent amount of free-roam gameplay, as well as some small side activities that are fun to complete. There’s also some narrative content that fans of the original Life is Strange titles will find satisfying, tying the games’ universe together in small ways.

Although Life is Strange 2: Episode 5 starts out solid enough, it suffers from a few issues that have plagued the game across all of its previous episodes. It feels slightly rushed and altogether too brief, clocking in at roughly two hours. In addition to closing out the overarching story of the Diaz brothers, Episode 5 also tries to introduce a few new characters. This works to varying degrees, with most secondary characters failing to make an impact. This is mostly due to the lack of screen-time these characters receive, as most characters apart from Sean and Daniel are only included in a few scenes.

Generally speaking, Life is Strange 2: Episode 5 does a decent job wrapping up the story of tragedy that kicked off Episode 1. Although each episode has been disappointing in its own way, I always hoped that the Diaz brothers would get a worthwhile finale. Episode 5 does the best with what it has, and although the middle section of the episode can feel meandering and pointless, the ending is pretty satisfying.

That said, there are four completely different endings that you can wind up with. The ending you get is mostly hinged on a moral choice or two, combined with how your actions have shaped Daniel’s worldview. In that way, Life is Strange 2 delivers well on its earliest promises; your actions as Sean will have consequences on Daniel, and affect the choices he makes in turn. I found most of the endings to be satisfactory, with a few odd choices mixed in. Regardless, the ending of the Diaz brothers’ story is of far better narrative quality than the episodes that have come before it.

The Bottom Line on Life is Strange 2: Episode 5 – Wolves

Overall, Life is Strange 2: Episode 5 is a decent – yet at times underwhelming – conclusion to Life is Strange 2. A good mixture of cutscenes and free-roam gameplay keeps the experience from becoming too passive, even when the story gets distracted. Better yet, the story is written well enough to evoke honest emotion, something that I found lacking throughout previous episodes.

If you’ve been playing Life is Strange 2 from the start, Episode 5 is worth playing. It’s a decent ending for the Diaz brothers and one that puts emphasis on player choice. Although Life is Strange 2 has been lackluster since the outset, I found its final episode to be satisfying and well-executed. The music and visual design continue to be a positive, balancing out any voice-acting woes or spotty lines of dialogue. Much like the rest of this season, Life is Strange 2: Episode 5 is unbalanced. Luckily, the good significantly outweighs the bad.