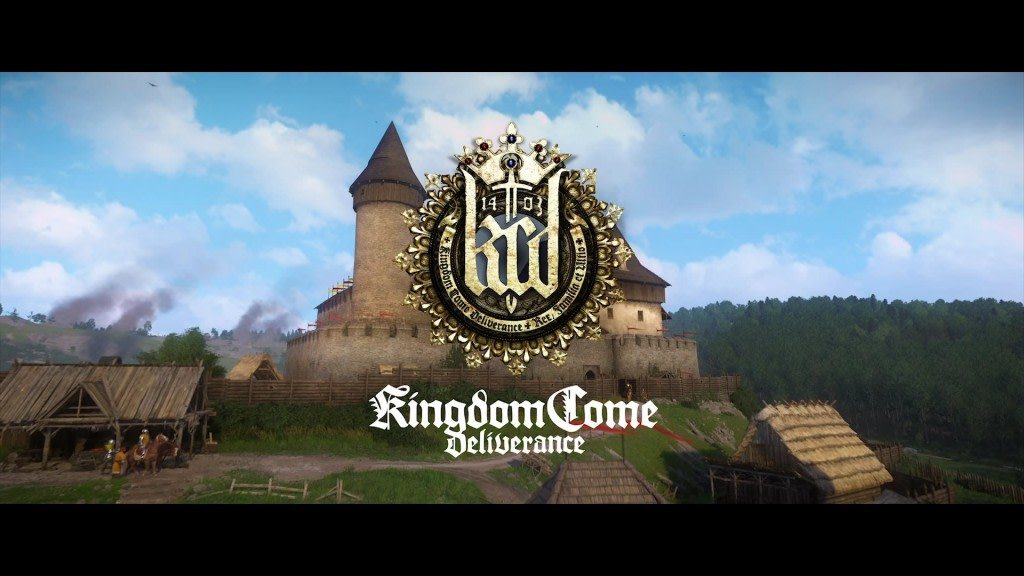 KC:D follows Henry, the son of an esteemed blacksmith, who finds himself a victim of history, inviting the player along for the ride. KC:D starts off slowly, choosing to tell the story through a series of long, pre-rendered cutscenes rather than through environmental storytelling or optional lore. This isn’t necessarily a bad thing, but when each cutscene lasts close to 10 minutes in quick succession, as they do at the start of the game, my concentration and interest tended to sway quite a bit. The attention to detail that Warhorse included in the game is evident, I just feel it could have benefitted by making the transition between cut scene and gameplay a bit more natural. Cutscenes are often entertaining for all the wrong reasons, either by listening to a very odd mix of British and American accents, or by watching the downright hilarious glitches.

Having said that, the story in Kingdom Come: Deliverance is a classic tale of revenge, following Henry as he attempts to avenge the pillaging of his home village. The simple premise suits the environment of the game well, allowing the player to take in the side quests and environment without focusing too much on story. One thing I found particularly refreshing about KC:D, is the fact that the game is set during real historical events. Henry isn’t a brave knight who will single handedly defeat the enemy in an epic boss fight and save Bohemia. History is happening to him, Henry isn’t changing history. This is quite a refreshing take on the RPG genre, and I really enjoyed it. 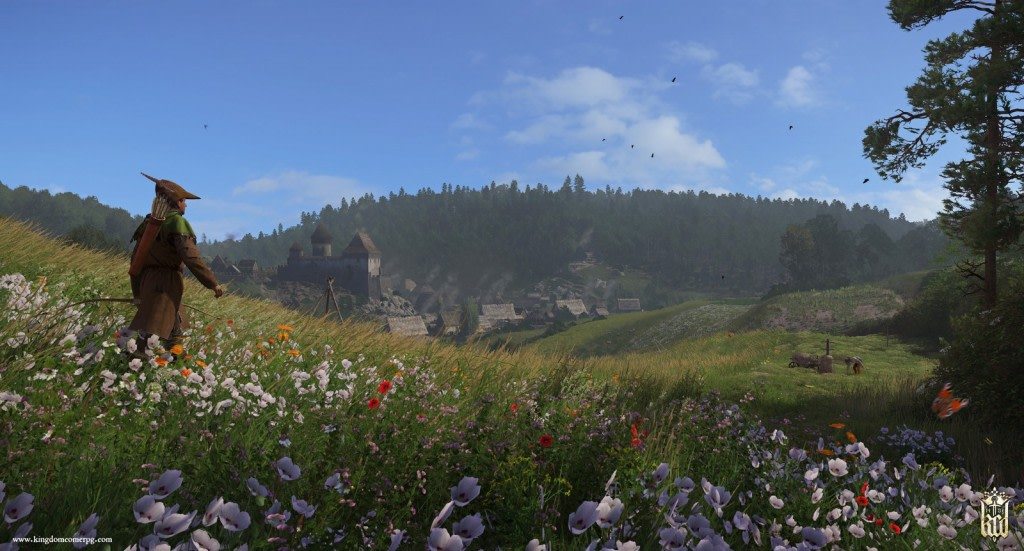 Everything about the gameplay for Kingdom Come: Deliverance compliments the world that Warhorse wanted to create. Each quest is filled with multiple ways of completing it, meaning that the player can really take advantage of what type of character build they enjoy. For example, in order to complete a quest in the tutorial area, Henry can either fight, talk, or sneak his way through an encounter. Quests also have time limits or specific conditions which are required to complete it properly. Delivering a cold ale, or completing certain tasks before nightfall are just two examples of how the time of day or the time it takes the player to complete a quest influences the outcome. I really appreciate games that make use of their time counter. It makes the quests you complete feel that bit more realistic, and it adds pressure that makes me feel more involved in the game. This does have its disadvantages, however, since the checkpoints for quests are few and far between, meaning if you are unsuccessful or die you might lose quite a bit of progress.

The best, and sometimes the worst, elements of Kingdom Come: Deliverance are the game mechanics. Warhorse went all out on introducing complicated mechanics that are meant to contribute to the realism and historical accuracy of the game. Lock picking is probably one of the more notorious elements, as even “very easy” locks will end up snapping more than a few of your picks until you get the hang of it. Combat is also an initially complicated mechanic, relying on the player to select exactly where to hit an enemy based on directional movements when locked on to a target. Once I got used to it, I actually quite enjoyed the realistic way that Henry would get tired after a couple of swings of a long sword. Stamina will return on its own during a fight depending on your health level, so it’s not that much of a hinderance and adds that little bit extra to the realism. In addition to stamina, Henry also has a hunger and a sleep meter which will need to be kept up if he is to survive.

While most of the complicated elements can be attributed to the realism, there are certain elements of the game which are just irritating to get around. Saving, for example, is actually very inconvenient to do during the game. After checkpoints, the game will autosave your progress but very infrequently, meaning reloading a save or wanting to turn the game off before completing a quest will almost always mean losing progress. You can also save by going to sleep, which could either make you fail a quest because of the time constraints, or the game won’t let you sleep at all. The only way to save manually is by crafting a potion which is costly and inconvenient to make. The save system really is a let-down, since I don’t feel it adds anything to the game other than making me think twice about starting a quest if I can’t dedicate at least an hour to it. 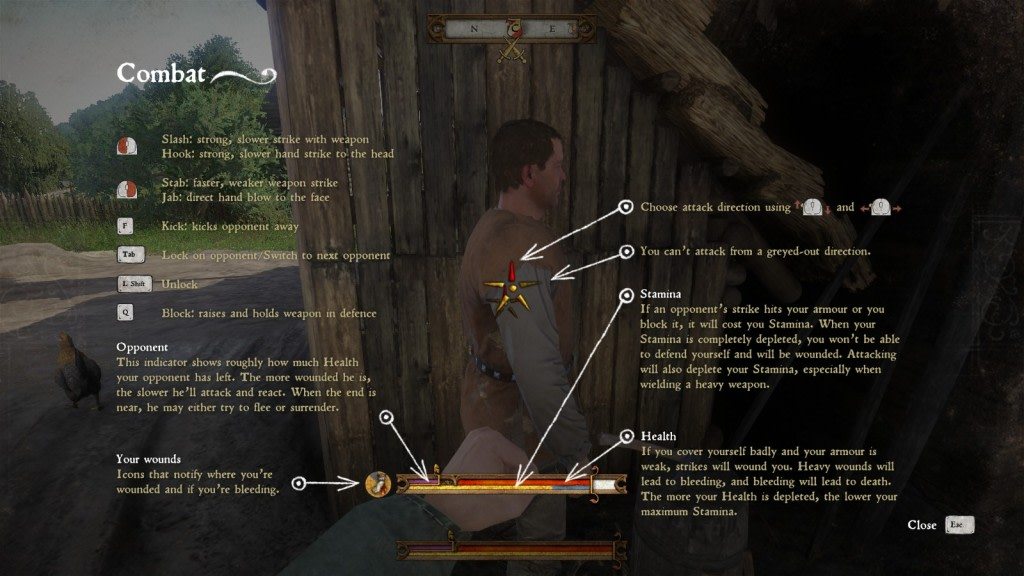 Like most RPGs, Kingdom Come: Deliverance has a skill tree that develops on its own based on how you play the game. Skills included either help or hinder you in quests depending on how you want to complete them. If you have poor charisma, for example, it’s very unlikely that you’ll be able to charm your way through an interaction. Archery and combat ability will also improve as your version of Henry practices more. While most games make you feel like a noob at the beginning anyway, Kingdom Come: Deliverance really likes to put you in your place if you try taking on someone or something too challenging for your experience level. Clothing and reputation also affect gameplay significantly, as NPCs will react to you based on how you behave in front of them as well as what you’re wearing. If you talk to an NPC while covered in blood, you might find that they don’t particularly want to talk to you, or if you have a reputation as a fighter, then you might find yourself in confrontational situations more often.

Kingdom Come: Deliverance definitely won’t be everyone’s cup of tea, but if you’re into history or RPGs then I would absolutely recommend giving it a go. The effort that the development team at Warhorse put into the game is clear throughout, and their attention to detail and historical accuracy is commendable. If you can put aside the often overly complicated gameplay mechanics, a restrictive save system, and a few dodgy accents then Kingdom Come: Deliverance is a fun game, which you will likely sink hours upon hours into.