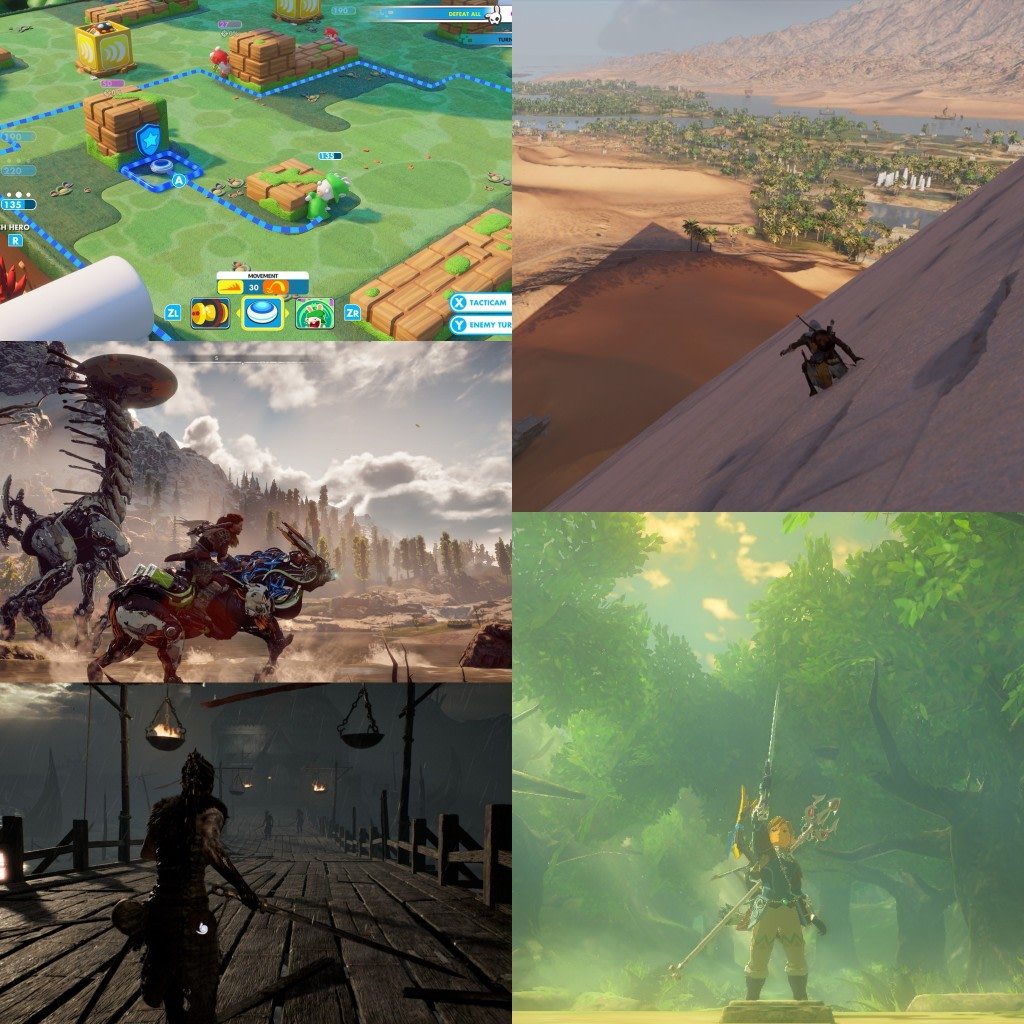 Now that it’s over, it’s fair to say that 2017 was one heck of a year! With video game releases and updates aplenty, it’s been extremely difficult to pick a few of my favourites from some of the giants that launched their way onto our systems over the last year. While there are countless games worthy of being named GOTY for some, I’ve managed to narrow it down to 5 games released in 2017 that I absolutely adored. I’d like to add a small shout out for games such as Overcooked, and Splatoon 2 that I’ve played to death on my Switch that didn’t quite make this list but deserve a mention nonetheless. So without further ado, let the listing begin! 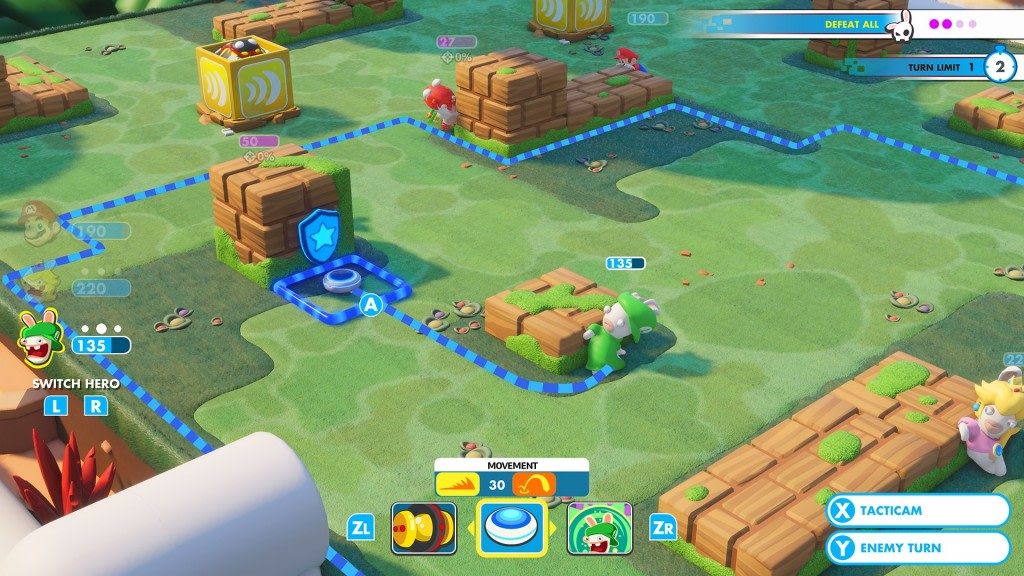 First up is the delightful and quirky collaboration between two much loved franchises, Nintendo’s Mario and Ubisoft’s Rabbids. The turn based tactical strategy game is by far the most surprising game of 2017 for me, and turned out to be a far better game than anyone could have possibly anticipated. Mario + Rabbids is exactly what a strategy game should be. It’s fun, challenging, and a little bit insane. It didn’t take long for me to become totally engrossed in the game, sinking countless hours in the single player campaign. I also managed to get my partner obsessed, spending our evenings tackling the co-op levels together for weeks. I’m also a sucker for games that let you unlock characters and weapons through gameplay, and so I found myself playing Mario + Rabbids well into the late hours so that I could finally add Yoshi to my team. Whether you’re looking for a single or multiplayer strategy game for the Switch, I highly recommend picking up Mario + Rabbids Kingdom Battle for hours of ridiculous and challenging fun. 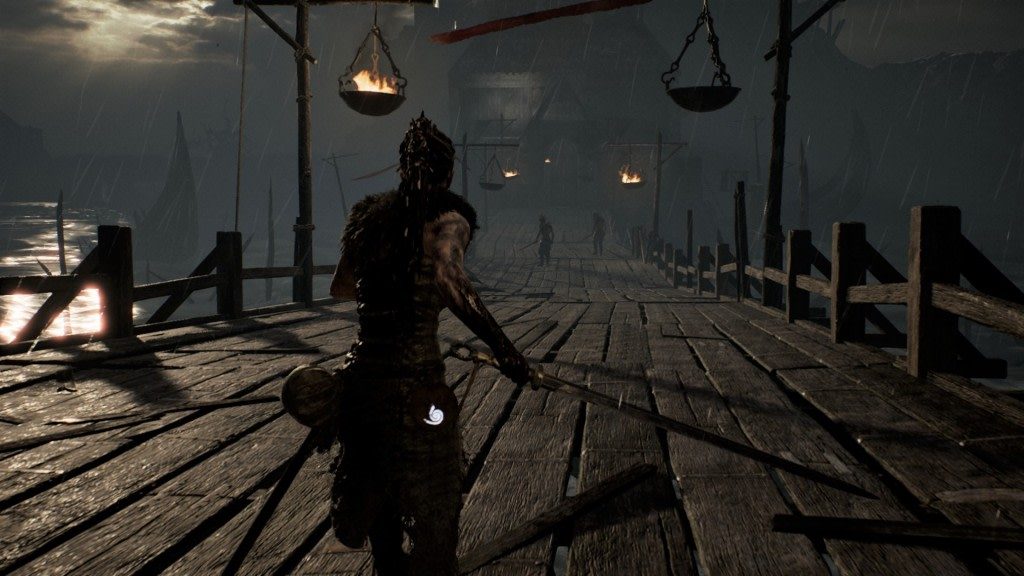 Next up on a much darker note, is Hellblade: Senua’s Sacrifice by Ninja Theory. As a follower of the team’s development diaries for some time, Hellblade was one of my most anticipated games of the year. The game follows the journey of Celtic warrior Senua, as she embarks on a quest to bring her lover back from the depths of Viking Hell known in-game as Hellheim. Hellblade attempts to portray a visual representation of what its like to live with deep psychoses and grief in a historic and mythical setting. The result of this combination of themes is a truly mesmerising experience, one that will disturb and entrance you in the beautiful story and the brutal combat. The soundtrack is thematically haunting, managing to combine soft melodies and heavy metal elements to help build up the brutality of the world Senua explores. Hellblade also introduced a controversial perma-death system into the game, meaning that every combat encounter or new area explored gave me that extra bit of fear in an already nerve wracking game. Whether or not hack and slash games are your thing, I consider Hellblade: Senua’s Sacrifice to be a unique gem from 2017, and one that I certainly wouldn’t want to miss. 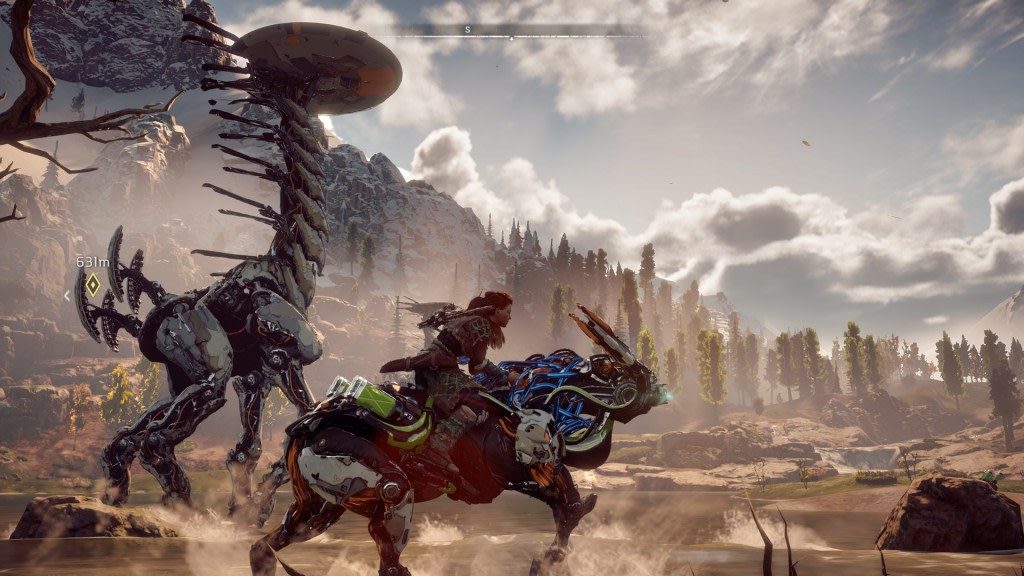 Continuing the trend of badass female protagonists in games last year, Horizon Zero Dawn is my next pick for my favourite games from 2017. I sunk so many hours into Horizon, that I’ve lost track of how many weeks I spent doing nothing but playing it. Who knew tribal culture, futuristic technology, and robot animals would mix together so well? The map is split into different biomes, ranging from arid deserts to frozen mountains, each with their own native machines stalking the land just waiting for Aloy to either tame them or scavenge them for rare parts. Equally intriguing is Horizon’s story and side quests. I obsessed for hours over completing side quests and levelling up my Aloy to unlock those sweet perks. The environment is just as important, if not more, than the dialogue, as you try to piece together what happened to the ruins of an ancient and advanced society. An open and beautiful world, fantastic characters, killer robots, and a mystery make for one unforgettable video game.

As a die hard Assassin’s Creed fanatic, there was no way Assassin’s Creed: Origins wouldn’t make it on to my list of favourite games from 2017. Origins completely revamped the Assassin’s Creed franchise, and gave it a much needed breath of fresh air. With new combat mechanics, RPG elements, and an adorable eagle companion, the 10th main instalment in the series adds some much needed improvements to a pretty stale formula. Origins let’s you explore ancient Egypt during the end of the Ptolemaic rule, letting players explore a vast and vibrant open world. The “modern” story line in Origins is also my favourite since the days of Desmond Miles, actually allowing you to explore a little bit as well as gain an insight into the modern assassins and templars. Exploring tombs, climbing pyramids, and fighting Romans are among a few of many things you can do in this large open world that Ubisoft has given us. Unlocking all the view points and fast travel points has never been so fun or as difficult, as Origins is by far the biggest game in the series. If it wasn’t obvious, I really can’t sell this game enough and if you haven’t had the chance to play it yet then you know what your 2018 resolution should be.

The Legend of Zelda: Breath of the Wild, Switch, Wii U 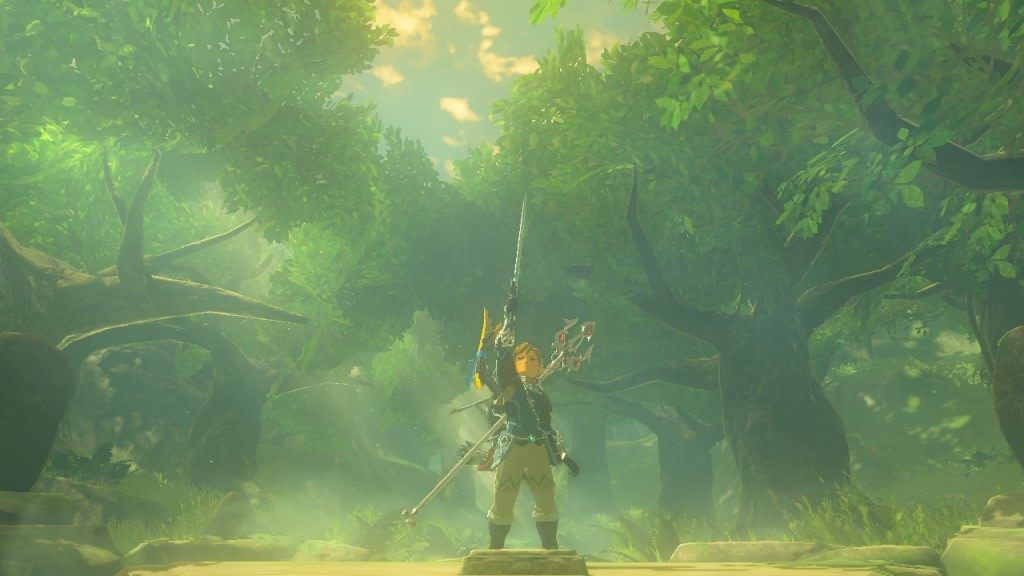 Unsurprisingly, the top of my GOTY list is undoubtedly The Legend of Zelda: Breath of the Wild. If you don’t own a Switch or a Wii U then I seriously recommend picking one up or watching it online, because BotW is the gaming highlight of 2017. I’ve easily sunken in hundred of hours already, and I haven’t actually started either of the DLC packs yet. BotW is a beautiful open world game, one that encourages you to explore and mess around in absolutely anyway you want. It is the most free and alive open world game that I’ve ever played. Everything from the art style to the music helps build up the vast and explorable ruin of Hyrule. From climbing mountains to cooking, BotW truly has everything. It’s a game that entices you to keep going back to explore one more area, or finish off that one last shrine well into the early hours of the morning before finally being able to turn it off. With so many fantastic games being released now, it’s increasingly difficult to find one that manages to stand out from the pack in the way that BotW does. It’s no surprise that it was the launch game for the Switch console, and now all I want to do is kick off 2018 by starting the DLC.

If you’d like to read our official reviews for each of my top picks, then click the titles for each game to be redirected!