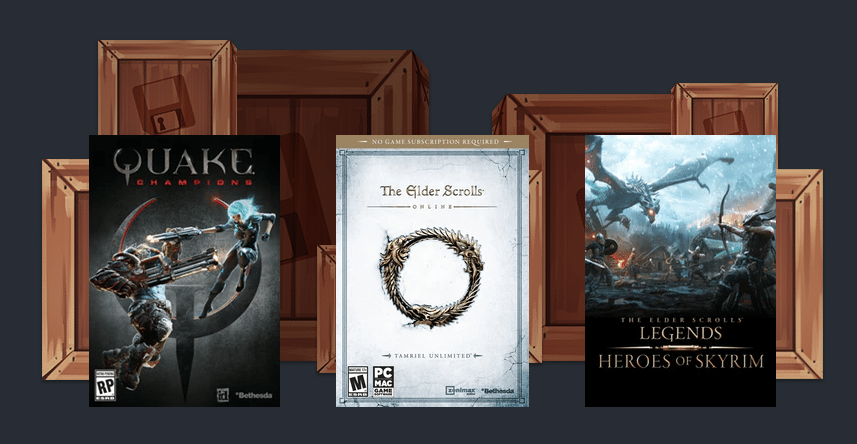 A new Humble Monthly Bundle is up for purchase, and we know a few of the big games you get so far. Pay $12 now and immediately receive The Elder Scrolls Online: Tamriel Unlimited, Quake Champions, and a in-game items for The Elder Scrolls: Legends, with more additions to the bundle to come.

The $12 is the beginning of a monthly subscription to Humble, which grants you access to a handful of games and in-game content every month, and the market value for the bundle of titles is always over $100, often over $150. For example, October’s bundle included Wargame Red Dragon, Furi, Rise of the Tomb Raider, Orwell: Keeping an Eye On You, Seasons after Fall, The Shrouded Isle, Scanner Sombre, and Getting Over It with Bennett Foddy, with a total value of $153.93 MSRP. Solid.

As for November’s Humble bundle, the full list won’t be revealed until the bundle is live, but you can get The Elder Scrolls Online, Quake Champions, and content for ESO: Legends now by signing up.  The Elder Scrolls Online: Tamriel Unlimited is now subscription free and costs $19.99 on Steam. Along with the base game, the Humble bundle will give you 15 days of ESO Plus membership, which grants you access to the game’s downloadable content — except the Morrowind expansion –a Bristlegut Pig vanity pet, and 750 crowns for the in-game store.

Quake Champions is a first-person shooter that will be free-to-play when it releases, but until now the only way to play it early has been to buy the $30 Champions Pack, which unlocks every character in the game. This bundle gives you access to the base game and two champions, Ranger and B.J. Blazkowicz.

Plus, you’ll get even more games when the bundle fully unlocks next month. Go here to check out the deals.