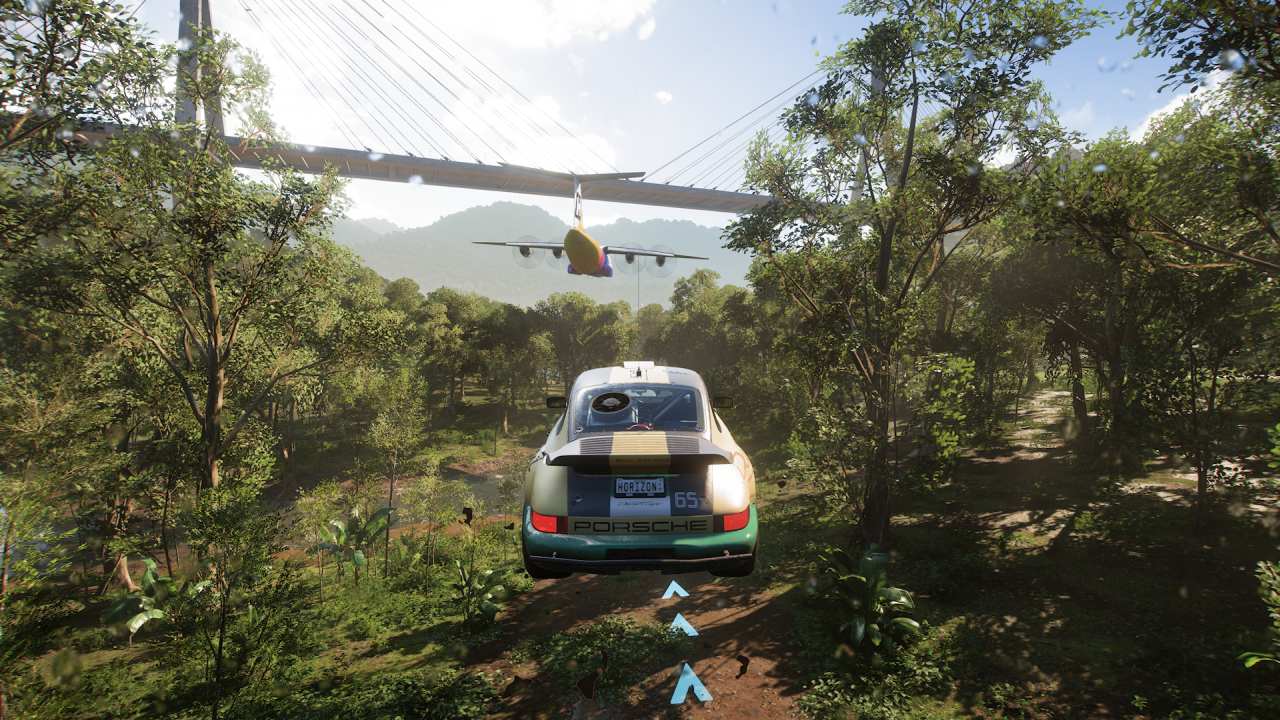 Forza Horizon 5 is another entry in PlayGround Games‘ exhilarating open-world racing franchise, which blends arcade-style controls with the stunning realism of Forza Motorsport. Like in Forza Horizon 4, this sequel whisks players away to an exotic location for the start of another Forza Horizon Festival, packed with an assortment of automotive escapades. Embarking on a trip across the beautiful landscape of Mexico, you’ll squeal around corners in sports cars, take off-road treks in SUVs, and even careen over the dunes in a buggy or two. While the Forza Horizon series has a great track record, they can occasionally miss the mark when it comes to story missions or memorable modes. Forza Horizon 5 promises an expansive open-world map with tons of interesting activities, but does it deliver? Let’s see if this much-anticipated sequel can live up to the high levels of hype.

Where the Cacti Grow Tall

Forza Horizon 5 takes place on the largest map the franchise has offered yet, a bustling representation of Mexico that’s bursting with personality and variety. Like Forza Horizon 4‘s UK map and Forza Horizon 3‘s Australia, the Mexico in the game is far from a one-to-one replication, but more of a refined map that highlights the most unique elements of the country. In the northwest, lengthy dunes of sand build up around the active volcano that towers over the countryside. Further south, the dense jungle takes over, with whirling waterways that beg to be driven through. A picturesque beach community hugs the eastern coast, while a slew of colorful towns and cities populate the middle of the map.

If there’s one thing about Forza Horizon 5‘s map that’s better than any before it, it’s the diversity in driving terrain. There’s a great element of scale present thanks to the high-altitude volcano, and it’s easy to feel lost in driving fever as you barrel through the trees, flying past ancient temples. The highly-detailed environments are a beauty to behold, while the highly-detailed cities and landmarks entice you to slow down and appreciate your surroundings. There’s a great collection of trails and roads, ranging from highways the cross the map to windy mountainside roads that are great for drifting. Despite its impressive size, the map rarely feels barren and is a joy to explore.

However, if you were a fan of the distinct seasonal changes in Forza Horizon 4, those are no longer present. Instead, the focus has been put on dynamic weather, including large-scale dust storms that obfuscate your vision or massive rainstorms that drench the streets. The concept of seasons still exists, with dry and wet seasons to mix things up, but don’t expect heavy snow or autumn beauty. While the storms are fun to experience and keep you on your toes, I preferred the vastly different seasons of Forza Horizon 4, but they wouldn’t have made much sense in Mexico. Thankfully, the variety and size of the map make up for it, offering endless moments of discovery and adventure.

While the Forza Horizon series has never been much about the story, there’s some narrative content to enjoy, revolving around the expansion of the Horizon Festival across Mexico’s landmass. After touching down on the outskirts of town, you’ll head to the primary festival outpost, where you meet up with a handful of event organizers. As you explore the map and make progress, you’ll unlock new story missions known as Horizon Stories, huge setpiece races called Showcases, and continue to expand the festival with new outposts. There are five outposts to build, each one focusing on a specific type of race. From the off-road craziness of the Horizon Wilds outpost to the fierce competition at the Horizon Street Scene Outpost, there’s a wonderful variety of content as you help increase the festival’s size.

While their quality has wavered in previous Forza Horizon games, the story missions in Forza Horizon 5 are lots of fun. Each outpost has a few different stories to undertake, ranging from restoring and racing a classic Volkswagen Beetle to filling in as a stunt driver on a local movie set. These missions most often prioritize intense and action-filled driving over competitive racing, highlighting the geographical diversity of the map. While some of the missions can feel simplistic in design, they’re often brief enough to serve as a refreshing change of pace from standard races.

Massive “Showcase” events also make a return, pitting you and your car against crazy opponents like planes, trains, and even a team of jet-ski riders. These are fun, but the new Expedition events edge out Showcases with their exploration-based objectives. Whenever you want to expand the Horizon Festival with a new outpost, you’ll need to complete a unique Expedition event, where you scout possibly festival sites while engaging in adventurous driving. Whether it’s setting up geographical equipment at the volcano or racing through a massive thunderstorm, Expeditions are great ways to introduce players to new parts of the map without them feeling overwhelmed.

Forza Horizon 5 has a true excess of content, so much so that it can be hard to keep track of everything that’s available to do. While the map starts with only a few points of interest, it’ll quickly fill up with an onslaught of icons and activities. No matter what you’re doing, whether it’s flying off of PR stunt ramps, completing road races, or even customizing your paint job, you’ll gain progress through the new Accolade system. Instead of locking progression behind a driver level or race completion, Forza Horizon 5 offers a seemingly endless variety of ways to unlock new content, as there are literally thousands of Accolade challenges to complete. Accolades fall into a bunch of different categories, including exploration, online multiplayer, Horizon Stories, and more. You still have a driver level that increases as you pull of stunts and win races, but this is separate from your Accolade level, which adds new events to the map.

A big element of progression in Forza Horizon 5 comes from expanding the Horizon Festival with new outposts, which opens up new types of races to try. For example, unlocking the Horizon Apex Outpost adds road races to your map, while unlocking the Horizon Baja outpost offers tons of off-road events. From street racing to drift courses and everything in between, Forza Horizon 5 is sure to have it. Since the Accolade system is so expansive and the variety is so great, you’re basically free to do whatever you want and ignore the stuff you find less interesting without worrying about losing out on great rewards.

That said, almost everything in Forza Horizon 5 is worth checking out, but not every player will find use for every feature. For example, fans who enjoy extensive car tuning can adjust their vehicle in dozens of different ways, but casual players will likely find it exhaustive and confusing. Similarly, if you’re a creative player who likes to spruce up your paint job, there’s a massive creation studio where you can make new designs and share them online. Seeing as how the game contains over 500 different cars, it’s likely that you’ll want to add some personality to your favorites. Overall, there’s so much to unlock and discover in Forza Horizon 5 that it can make your head spin, but in a good way.

Racing is Better Together

As expected, Forza Horizon 5 also offers plenty of ways to link up with friends and other players online for competitive and cooperative racing fun. At any point during free-roam exploration, you can invite up to 12 players to a convoy, speeding across Mexico and taking on races together. Almost every event and race can be played in either solo, competitive PvP, or in a cooperative team-based format, ensuring that you can keep progressing while playing with friends. Crossplay is also enabled, allowing PC and Xbox players to hang out together. If you don’t have any pals to play with, you can also challenge random players in traditional PvP races via the Horizon Open, or compete in the fantastic battle royale mode, The Eliminator. While The Eliminator is far from new, first appearing in Forza Horizon 4, it’s still a blast, pitting 72 players against each other as a deadly storm slowly creeps in from the sides of the map. Although it sounds silly in concept (a battle royale racing game?!), The Eliminator is perfect for a satisfying 15-minute match of arcade-style action.

During your joyride through Mexico, you can also engage in timed, free-roam group events dubbed Forza Arcade, previously known as Forzathon Live. Appearing as large pink circles on the map, any player in the immediate vicinity can roll up and help the group progress as a whole. Each round of Forza Arcade is slightly different, often tasking you and your group with accumulating a certain amount of points in a given time frame. Some events might require you to pull off drifts or build up speed, while others offer sillier objectives like splattering scattered pinatas. Forza Arcade events are perfect for a large convoy of friends to tackle, encouraging flashy driving and teamwork. However, be sure to activate these events while playing on a packed server, as they’re not all that fun while driving solo.

Forza Horizon 5 also puts creation in the hands of the players with EventLab and Challenge Cards. At any time, you can create a challenge card for your friends or other players to attempt, ranging from speed traps to time trials. You can take on seven challenge cards in the Horizon Super 7 event, which is a quick and fun way to experience some custom challenges. While this is cool enough, the EventLab is perfect for fans of user-generated creations, as it lets players craft their own races and vehicles experiences with a surprisingly in-depth creation tool. EventLab creations offer everything from adventure maps to parody races, such as a nighttime stroll through a dinosaur park in the jungle while driving in a Jeep. Even if you find the time to complete every normal race and event in the game, you’ll still have endless new races to try through EventLabs.

The Bottom Line on Forza Horizon 5

For fans of open-world racing games, Forza Horizon 5 is simply a must-buy title. While there are a few minor gripes and missed opportunities, it’s a game that is infinitely replayable, endlessly enjoyable, and tons of fun with friends. It doesn’t matter whether you’re someone who prefers mindlessly exploring a map or engaging in challenging and competitive races, as Forza Horizon 5 is utterly packed to the seams with diverse and invigorating events and content. Between the narrative-based Horizon Stories, the hundreds of open-world activities and races, the online multiplayer, or the user-generated content in EventLabs, there will always be something new to experience.

In addition to the hundreds of hours of excellent racing content, Forza Horizon 5 wows with its gorgeous graphics, richly-detailed car models, and dynamic weather systems. While it might not be as visually invigorating as the changing seasons of Forza Horizon 4, the world is vast, expansive, and wonderful to explore. After spending nearly 40 hours driving through the beautiful landscape of Mexico, we’ve barely scratched the surface of what Forza Horizon 5 has to offer. Like with previous Forza Horizon games, we’re confident we’ll be playing this one for countless hours to come.