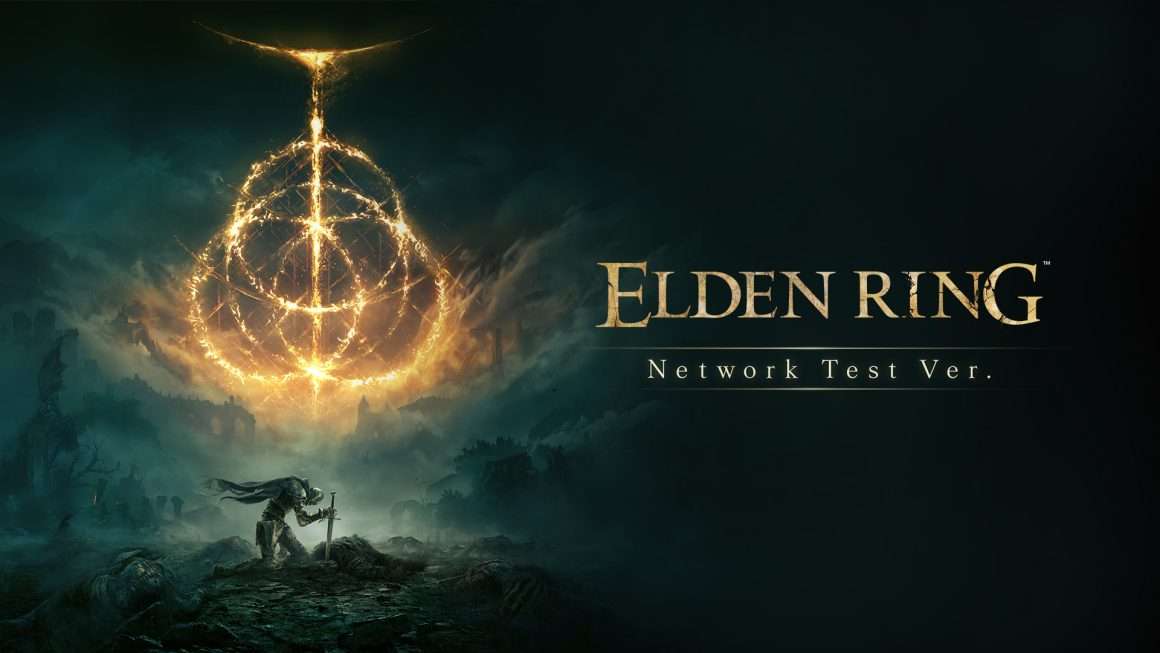 With the release of From Software’s newest Souls-like Elden Ring quickly approaching, Bandai Namco has graced us with the incredibly limited release of the Elden Ring preview, also known as the Network Test. After having played through all the available content at offer I have some thoughts to share.

I’ll start out by saying that I’ve been a long time fan of From Software’s brutally challenging Soulsborne (or Soulssekiroborne) series, so going in I pretty much knew what to expect – an open world Dark Souls. I’m pleased to say this is exactly what I got.

After picking one of the few pre-made starter classes, the game immediately drops the player into a short tutorial cave, which could be likened to the Dark Souls 2’s Things Betwixt. After getting familiar with the controls and the basic flow of combat, the player ascends up the cave and emerges into the vast open world spanning as far as the eye could see.

You are Tarnished, an immortal being in search of The Elden Ring. What that search entails, we do not yet fully know, but it’s inevitability going to involve a lot of killing, which brings us to the next part – the combat. From what I’ve played, it seems safe to say that Elden Ring’s combat is basically that of Dark Souls 3, with the added mobility and stealth of Sekiro: Shadows Die Twice. Any avid Souls fan should feel right at home from the very first moment of starting the game.

The general game feel of Elden Ring very much feels like it’s predecessors. Players explore the world, find Sites of Grace (bonfires), defeat bosses, earn Runes (souls) and level up. Thankfully this time, you can freely level up from any Sites of Grace without the need to return to a central hub like in the last few previous From Software releases.

Multiplayer also makes a welcome return after it’s absence in Sekiro. For the most part, it’s the exact same system as before with players being able to summon, assist and invade each other whenever they see fit. One appreciated change is that players can no longer invade those, not participating in online play, which is sure to save a lot of frustration for those who do not wish to partake in the multiplayer aspects of the game.

Due to the massive size of the world, travelling on foot would be a grueling experience, which is why the Tarnished can call upon a spectral steed called Torrent. In gameplay terms, it’s just a fast horse with double jump, which opens up the traversal of the world even more, giving the players freedom to explore The Lands Between however they see fit. And there is A LOT to explore. Even this tiny snippet of the game, which only allows you to explore the very starting area of the map has at least eight bosses and multiple dungeons. On top of the bosses and dungeons, there are various enemy encampments and dynamic world events you can discover, which reward you with various new equipment, magic spells or items that can ease your journey.

Another positive aspect of Sekiro that was carried over into Elden Ring, is general exploration music. Boss fights aren’t the only times when you’ll be able to hear the beautifully orchestrated soundtrack any more. Various areas of the world have their own atmospheric tracks that play during exploration and change to a more battle oriented tune once an encounter with an enemy starts.

From Software games are especially well known for their difficulty and steep learning curve, but from my experience it feels like Elden Ring is much more accessible than their previous works. The game feels easier overall. Bosses seem to have less health, the added mobility allows you to dodge attacks easier, the expanded magic system lets you easily defeat even the toughest enemies from a safe distance and the newly added Statues of Marika often allow you to respawn right next to the boss after death. While personally I appreciate these changes, I can see how the extremely die-hard community members may find them to be pandering to lower skill players, so it’s something worth noting all the same.

Sadly, not everything is perfect in the Lands Between. As it stands now, the game seems to have severe performance issues on every console. The game suffers from constant frame rate drops and bad frame-pacing, nearly never holding out a stable 60fps and making the experience of playing it feel not as smooth as it should be knowing the power of current gen systems. Hopefully it will be sorted out for the final release, but knowing From Software’s previous track record of performance on consoles, it’s left to be seen.

Overall, I’ve managed to fully explore and complete the content provided in the Network Test in about 4-5 hours. After that, I’ve spent the remaining time partaking in various multiplayer activities and trying out different available classes. The game is shaping up to be incredibly good. If you’ve enjoyed previous From Software games, Elden Ring will make you feel right at home.