Developers call it a “remaster plus.” 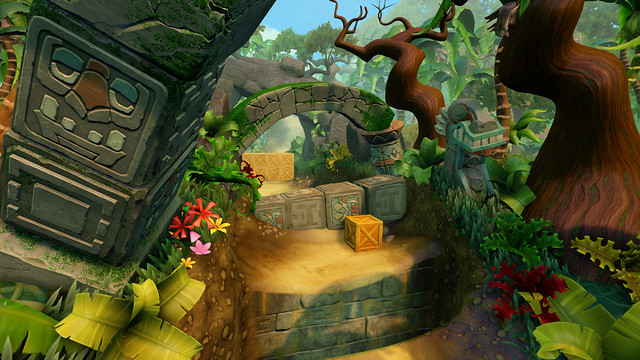 Crash Bandicoot made a long awaited appearance today at the PlayStation Experience Keynote and in a follow up post on the PlayStation Blog. Sony revealed a remaster for the beloved series, called the N. Sane Trilogy, at E3 last year, but we’ve been hazy on the details until today’s announcement.

In the blog post, developer Vicarious Visions, called this trilogy a “remaster plus.” Basically, this new series will include remasters of the original games Crash Bandicoot, Crash Bandicoot 2: Cortex Strikes Back, and Crash Bandicoot: Warped. They’ll have sparkly new graphics, cinematics, artwork, and sound effects, much like you would expect from a remaster. The “plus” comes with some brand new gameplay features. Announced features so far include the following:

Unified menu system. Here’s an example of the Pause menu for Crash Bandicoot: 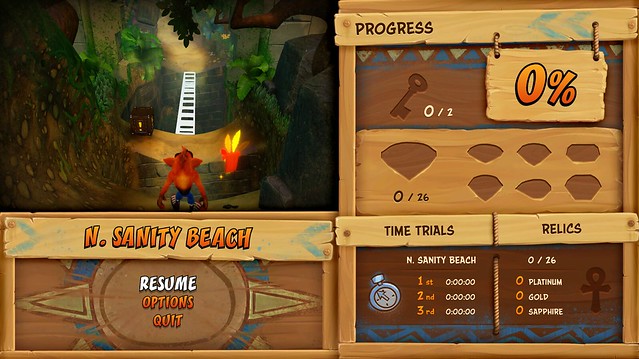 Time Trials in all three games!

Vicarious Visions said more new features will be revealed in the future.

The developers really made a point of saying how much they’ve studied what Naughty Dog did in the original Crash games. They played and played and played the games, trying to absorb what made them so special. They studied concept art, commercials, and even Who Framed Roger Rabbitt? and Looney Tunes, which inspired the original games. They seem confident they’ll do Crash justice while also adding their own spin into the series’ evolution.

A trailer was also released for the N. Sane Trilogy today, posted below, showing us some exciting footage. The graphics got a huge facelift, and they proved it by showing us some before-and-after gameplay. Check some of those screenshots out below!

Crash Bandicoot N. Sane Trilogy will be coming to PS4 in 2017. I’m stoked to pick it up and play some of my old favorite levels in these new graphics! Except for the level where that dinosaur is chasing you… Screw that level.