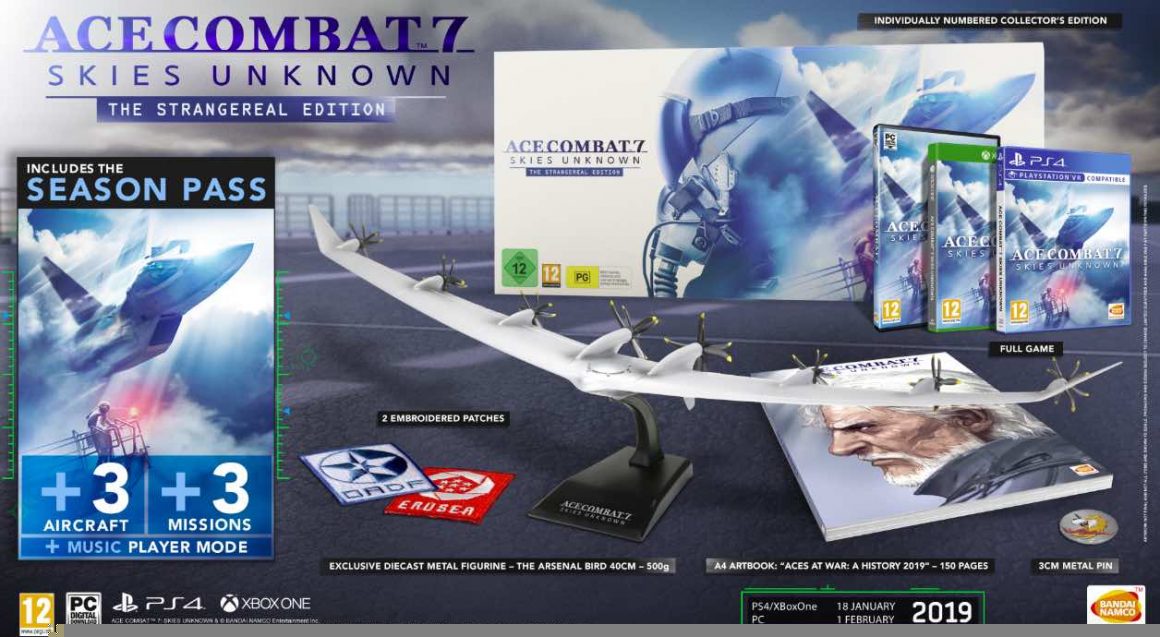 Bandai Namco Europe has released info on the Collector’s Edition of Ace Combat 7: Skies Unknown, releasing on 18th January 2019 for the PlayStation 4 and Xbox One and 1st of February for PC.

The uniquely numbered Collector’s Edition called ‘The Strangereal Edition’ will include:

There’s no confirmation yet of a Collector’s Edition release outside of Europe. We’ll keep you posted on any updates.