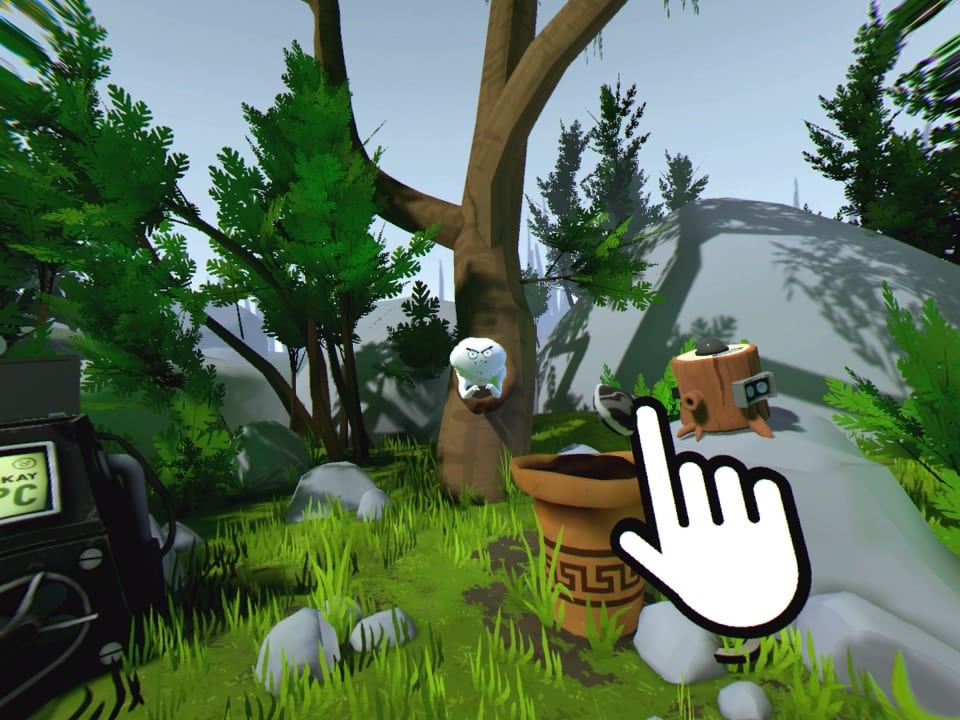 To say Accounting Plus is weird would be a giant understatement.  Originally released exclusively on PC VR units, the game was a brief psychedelic experience with irreverent humor.  Developed by CROWSCROWSCROWS and SquanchGames, Accounting Plus is quite unlike anything else.  The PSVR release contains a good deal of new content, trophies to earn, and brand new scenes and characters.  At the $10 price tag, VR games can tend to be shallow and gimmicky.  Let’s see if Accounting Plus is able to defy those expectations. 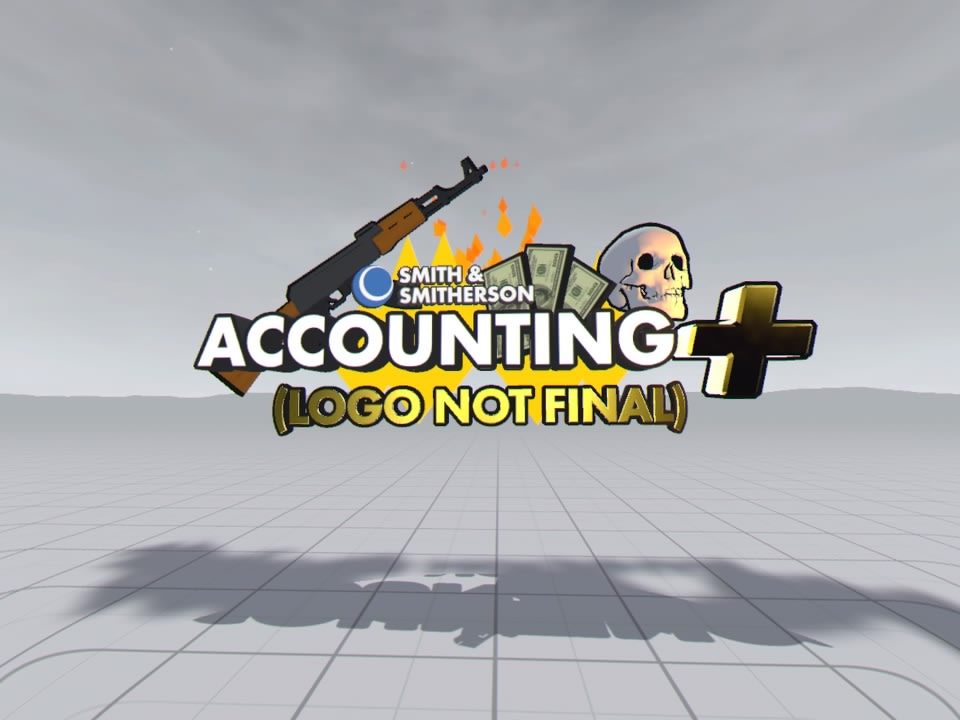 The first thing you see (besides VR set up text) when you load up Accounting Plus is the new menu space.  Narrated by the soft-voiced Clovis, this interactive environment teaches you the ropes of movement, turning, and interaction.  The controls are very simple, and there is an option to play with either a Dualshock 4 or two Move controllers. The tutorial space also sets the tone of the game quite well, as Clovis quips about Rick n Morty memes, points you to the nearest warpable “PlaceStation”, and begin your journey.  If you’ve ever played Soda Drinker Pro, recalling the hushed tones of that narration will give you a good idea of Clovis’ demeanor.  The Rick n Morty references are justified as well, as the show’s co-creator Justin Roiland lends his voice to several of the game’s characters.

Once the game begins in earnest, you find yourself in a small office with a ringing phone.  Soon, you’re being berated by two obnoxious accountants via the phone.  After a brief introduction and some humorous dialogue, you throw on a pair of VR goggles and enter an experience that is essentially Inception through the eyes of Hunter S. Thompson. 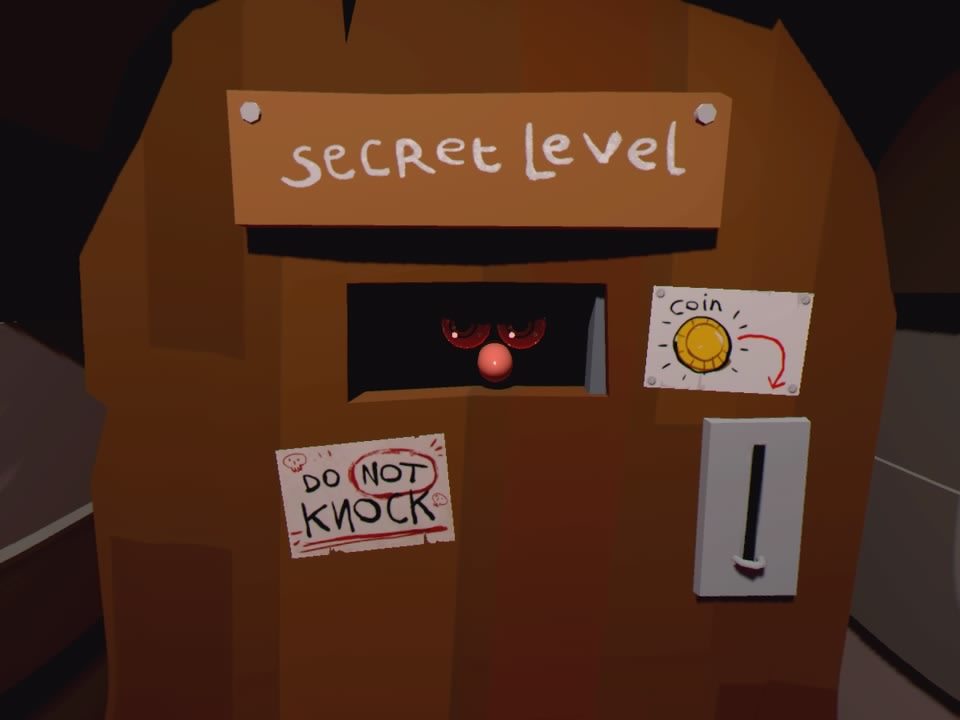 This is My Tree World

Accounting Plus is a somewhat passive experience, with most “levels” playing out more like interactive scenes.  There’s usually some sort of basic puzzle to work out, which will reveal another virtual reality helmet.  Using these VR helmets, you hop to and from different worlds, encountering a large variety of odd characters and environments.  Cartoonish characters with disproportionate features a commonplace among these scenes, as is the relentless stream of dialogue and random humor.

Some scenes are surprisingly graphic and at times unsettling.  Coupling this with the constant barrage of profanity, and I doubt that any child would be able to play Accounting Plus without some sort of residual trauma.  While this may sound negative, it’s not meant to be.  For those who enjoy overwhelming and absurd adult humor, Accounting Plus is a proverbial treasure trove. 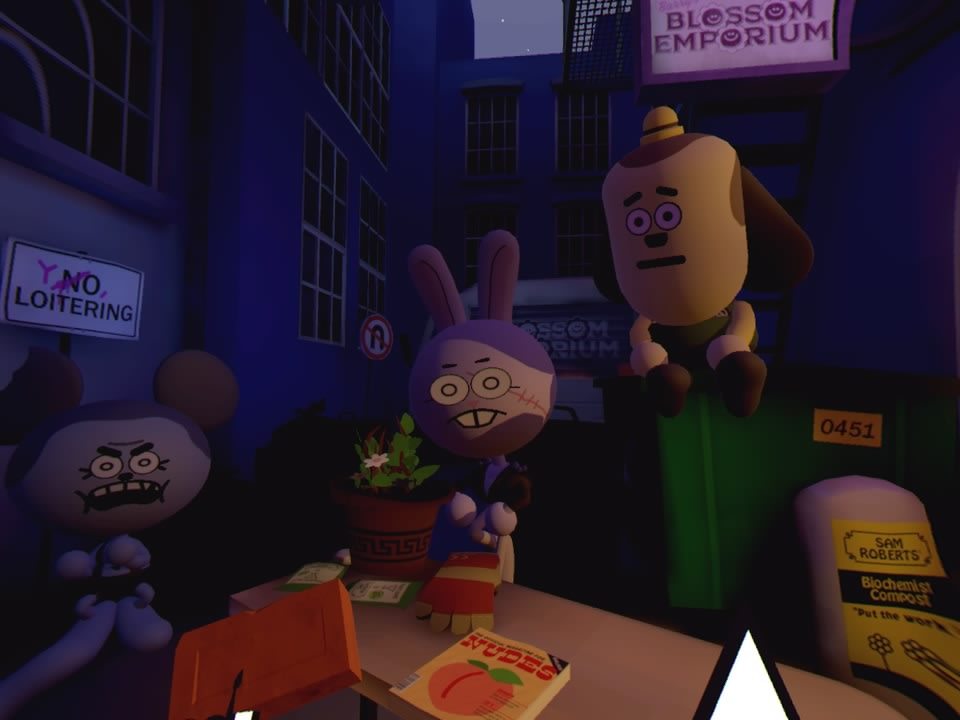 The game’s title to credits run time is quite brief, clocking in at around an hour.  Since a good chunk of the game is choosing to wait and hear the dialogue, subsequent playthroughs are much quicker.  You’ll want to replay the game too, as Accounting Plus requires multiple playthroughs (or prior knowledge) to see everything.  After finishing the game for the first time, I had no issue jumping back in for a second go immediately.  The amount of branching paths and alternate scenes are limited and not very difficult to find (except for the super ultra Secret Zoo Level), but it’s well worth it to see everything.  Additionally, the trophy list is a good enough reason to revisit the game a third time.

Accounting Plus looks great too.  The use of a cartoonish style (like Job Simulator or I Expect You to Die) makes for visuals that are clear and vibrant.  The clarity of the visuals also improve immersion, which does wonders for sense of scale and overall enjoyment.  Due to its clear visuals and simplistic controls, its a good game to show off to new VR users who are feeling adventurous.  Thanks to a good level of polish and the brevity of the experience, Accounting Plus is perfect for a quick spin in VR. 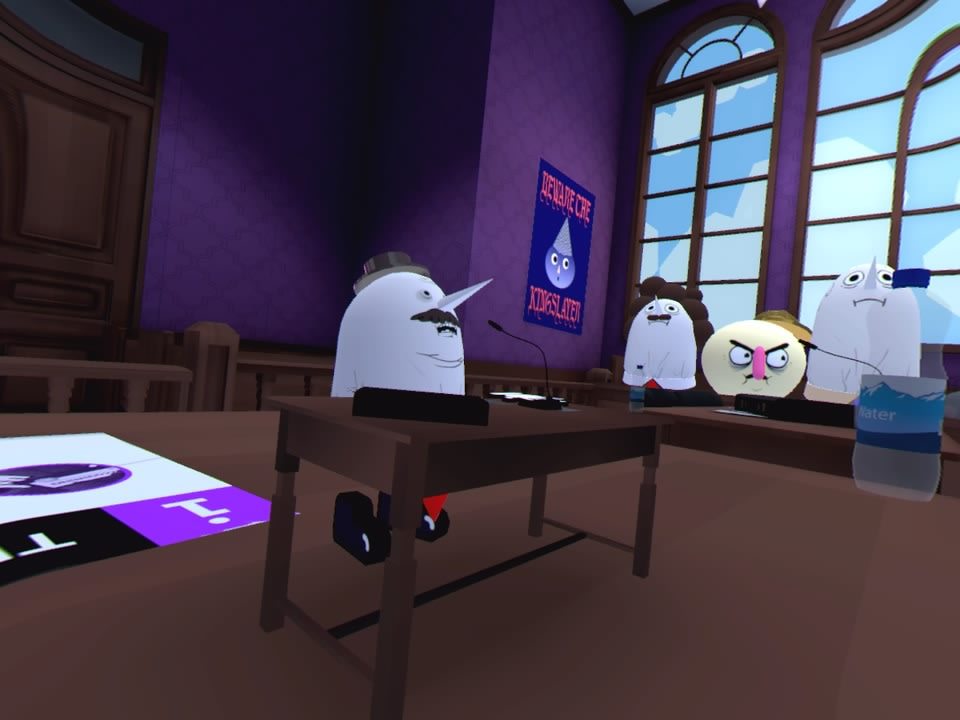 The Bottom Line on Accounting Plus

Accounting Plus is a lot of things.  It’s loud, obnoxious, hilarious, violent, confusing, but most importantly, a hell of a good time.  With such a low price point in comparison to other VR games, the level of polish and quality is surprising and satisfying.  The humor (and more specifically the voice acting) can get a bit grating at times, but it’s ultimately up to your personal taste.  Anyone who has seen Rick n Morty or heard Justin Roiland’s voice acting knows that, while funny, is intentionally obnoxious.  This sentiment rings true for most of the cast of characters, which means you’ll rarely have a moment of quiet.

It took me just over 3 hours to experience all of Accounting Plus and obtain all of the trophies.  In that time I laughed at some of the funniest gaming comedy I’ve ever experienced, had a great time acting like a general goofball, and more importantly, lost myself in the game.  Not only is Accounting Plus a hilarious romp through absolute insanity, but it’s a damn good deal.  If you have a PSVR and you’re not afraid to get a bit weird, don’t hesitate; pick up this game.  In the mean time, I’ll be scouring every inch of the game searching for the Secret Zoo Level, along with the rest of the Accounting Plus fanbase.