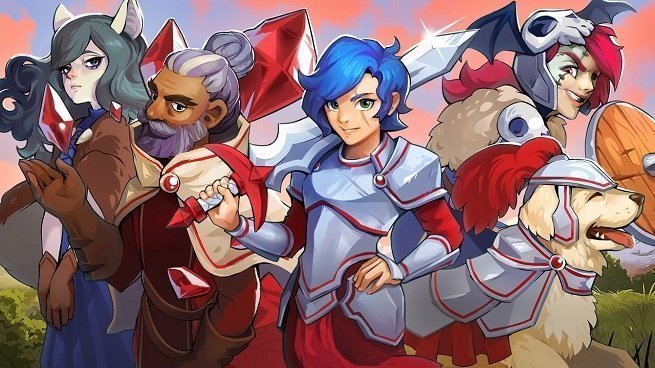 Wargroove is absolutely a love letter to the Advance Wars series that made its debut on the Game Boy Advance in 2001. It’s been described as a combination of Advance Wars and Fire Emblem, and while inspirations from both series are abundantly apparent, Wargroove manages to plant its own banner on a very tall hill, and it represents a beautiful evolution of the genre.

Here’s the quick-and-dirty. In Wargroove, four fantasy factions, each with its own unique units and commanders, battle across a large array of story-mode, arcade, “puzzle,” and custom maps. From forests to deserts, land, air, sea, and beyond, you’ll be tasked with strategically acquiring and deploying your units to dominate the terrain.

Instead of relying on the RNG gods for critical hits, Wargroove rewards patient tacticians by triggering critical hits with specific placement patterns. Basic foot soldiers gain a critical attack when standing next to a commander, for example, and “Battlepups” will dish out critical damage when other Battlepup units are surrounding the target. Each commander also has his or her own “groove,” which is basically a support or offensive super move. Learning every unit’s critical trigger is vital to your success, and it makes planning your deployment much more challenging — and rewarding.

A quick digression. I mentioned “Battlepups,” which are totally a thing, and it’s clear that the folks at Chucklefish love dogs. The game’s greatest (personal opinion) commander is a brave Golden Retriever, and you’ll notice while playing that dogs are never killed; they simply run away when defeated. It’s a beautiful touch, and the developers at Chucklefish are very good boys (and and gals).

Objectives in Wargroove vary widely. Sometimes you’re simply tasked with taking out the enemy commander or razing their HQ. Sometimes you’ll have to escort innocent bystanders to safety. Wargroove boasts a fairly beefy campaign mode with several tactical twists, and your abilities as a commander will be thoroughly tested.

Wargroove can be tough — really tough. The difficulty spikes considerably in the second act, which may leave inexperienced tacticians feeling frustrated. Luckily, Wargroove does offer players multiple difficulty options, letting you adjust damage intake, income, and groove power charge rates during a match. You’ll earn fewer rewards by proceeding with these handicaps, but it’s fantastic that they’re there when you need them. I had to give myself an edge to get through a few missions, and I feel no lesser for it. I’m just happy that I was able to sustain my momentum through the campaign.

The campaign, however, is probably not what most Wargroove players will remember years from now. It’s the perfect way to familiarize yourself with all of the factions, units, and commander grooves, but it’s also pretty shallow. Shallow, but charming — don’t get me wrong. Where Wargroove truly shines is in its alternate modes and multiplayer. 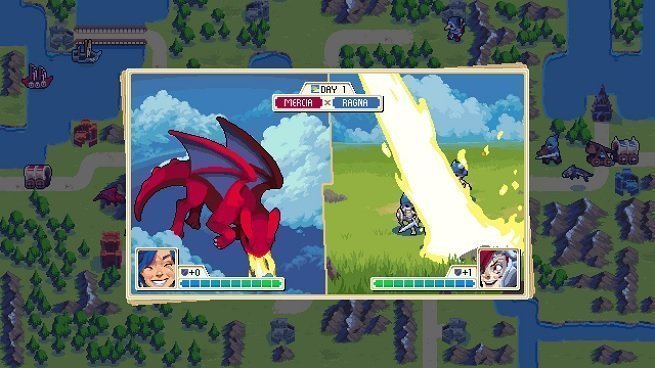 Arcade and puzzle modes are more briskly paced, and provide incredibly enjoyable distractions. In arcade mode you’ll select a commander and difficulty, and play through a series of quick skirmishes against enemy commanders on smaller maps. These missions feel much more welcoming, and less time-consuming than their campaign mode counterparts.

Puzzle mode will drop you into the middle of a very specific situation, and challenge you to win a match in a single turn. If you’re the type of person who loves to figure out the perfect play for every turn, dishing out the most damage and moving each unit with perfect efficiency, then you’re going to love puzzle mode. It’s filled with fantastic head-scratchers that actually serve as wonderful training tools for those of you who haven’t dabbled much with tactical or strategy games.

Multiplayer is perfect, and will be put to good use for years to come. Players are able to play with their friends across Nintendo Switch, Xbox One, and PC, and if you both can’t pick a time to meet and play in real time, asynchronous multiplayer allows you to take your turn, walk away from the game, and return whenever you’re able. Gamers with busy schedules will love the opportunity to manage several games at once, with many friends, over several days’ time. I’m especially fond of the “chess” mode, which restricts each player to one unit action per turn.

If Chucklefish stopped there, we’d have a wonderful game on our hands, but Chucklefish did not stop there. Wargroove boasts a deep, incredibly-robust creation mode which gives you the tools to create your own maps, and even your own campaign. I’ve spent hours dabbling in the creation mode, and I haven’t even constructed a battle yet. I’ve been having way too much fun directing and piecing together cut-scenes. I have poked around the map and campaign editors, though, and I can say for sure that all of the tools are there. This is what Chucklefish themselves used to make Wargroove‘s campaign mode, so expect players to create some insanely impressive maps and stories.

There are no tutorials at all in the creation mode, which is a shame. While no programming is required, a very basic understanding of scripting and triggers is required to really get the most out of these tools. Controlling the cursor with a controller joystick is really finicky as well, and a gyro pointer option would have been so appreciated. 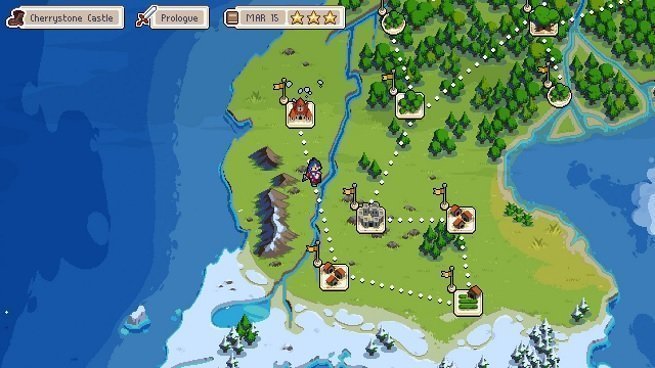 Without a doubt, though, Wargroove‘s legacy will be built upon its creation mode. The gorgeous character designs and animations, foundational tactical structuring, and solid combat mechanics are there, and everything has been turned over to the player-base. I expect PC players especially to create scenarios more engaging and balanced than what even Chucklefish were able to create, and cross-platform sharing means that we all get to partake in the fruits of that creativity.

I couldn’t be happier with how Wargroove turned out. The campaign plays a distant second fiddle to its multiplayer and puzzle modes, but the mechanics are honestly as close to perfect as I’ve seen in a game like this. This is turn-based tactical perfection, and years from now, people are going to be begging for “a game like Wargroove” the way people used to beg for a game like Advance Wars. If we could get some very simple quality-of-life updates for the creation mode, we’ll be dealing with something truly timeless.