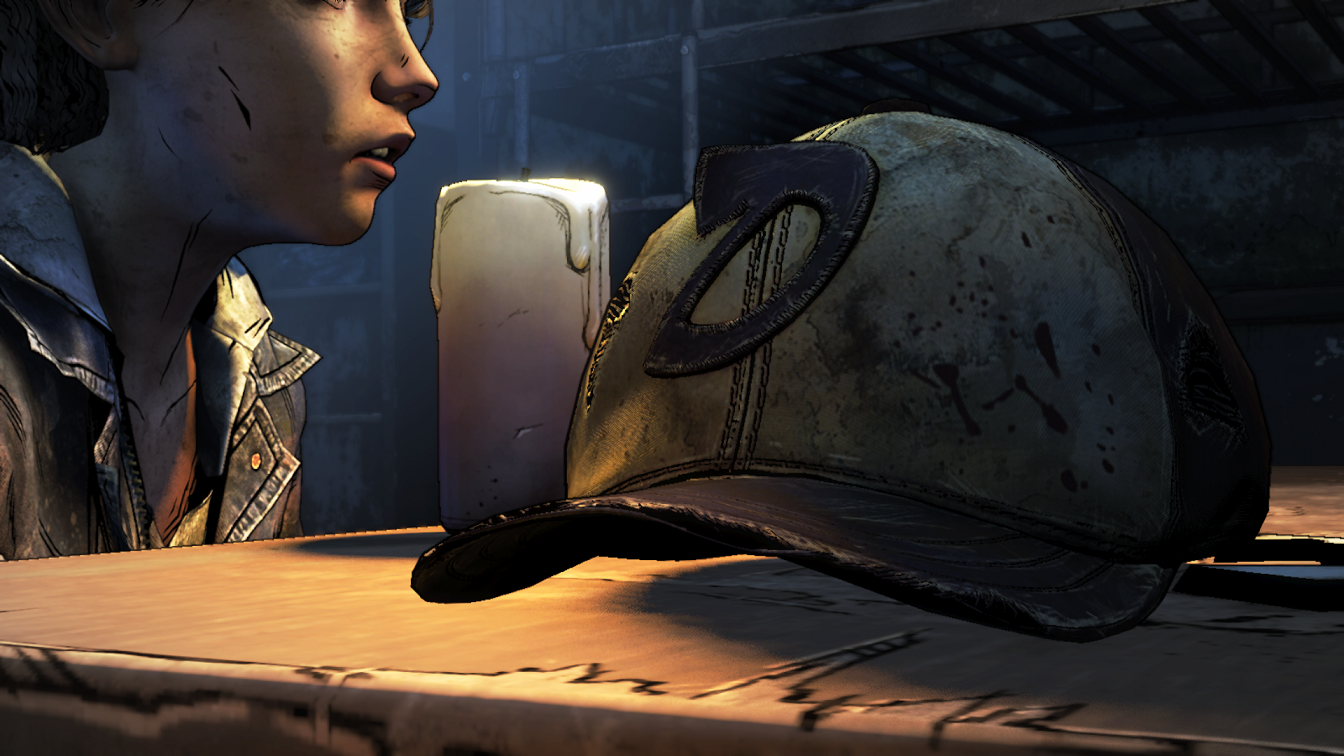 The Walking Dead: The Final Season continues with Episode 2: Suffer the Children. Unfortunately, it may also end with this episode as well. Just prior to the release of Episode 2, the game’s developer Telltale have canceled the project. This news is sad, but expected, as Telltale executives recently laid off the majority of the staff in anticipation of a studio shutdown. With all this taken into account, Episode 2 is a hard game to review. It was developed as a mid-season episode but may end up being the finale. Episode 1 laid some decent groundwork for a solid send off season, but there were still some issues. Hopefully, Episode 2 fixes those problems and provides some sort of closure for Clementine and AJ. 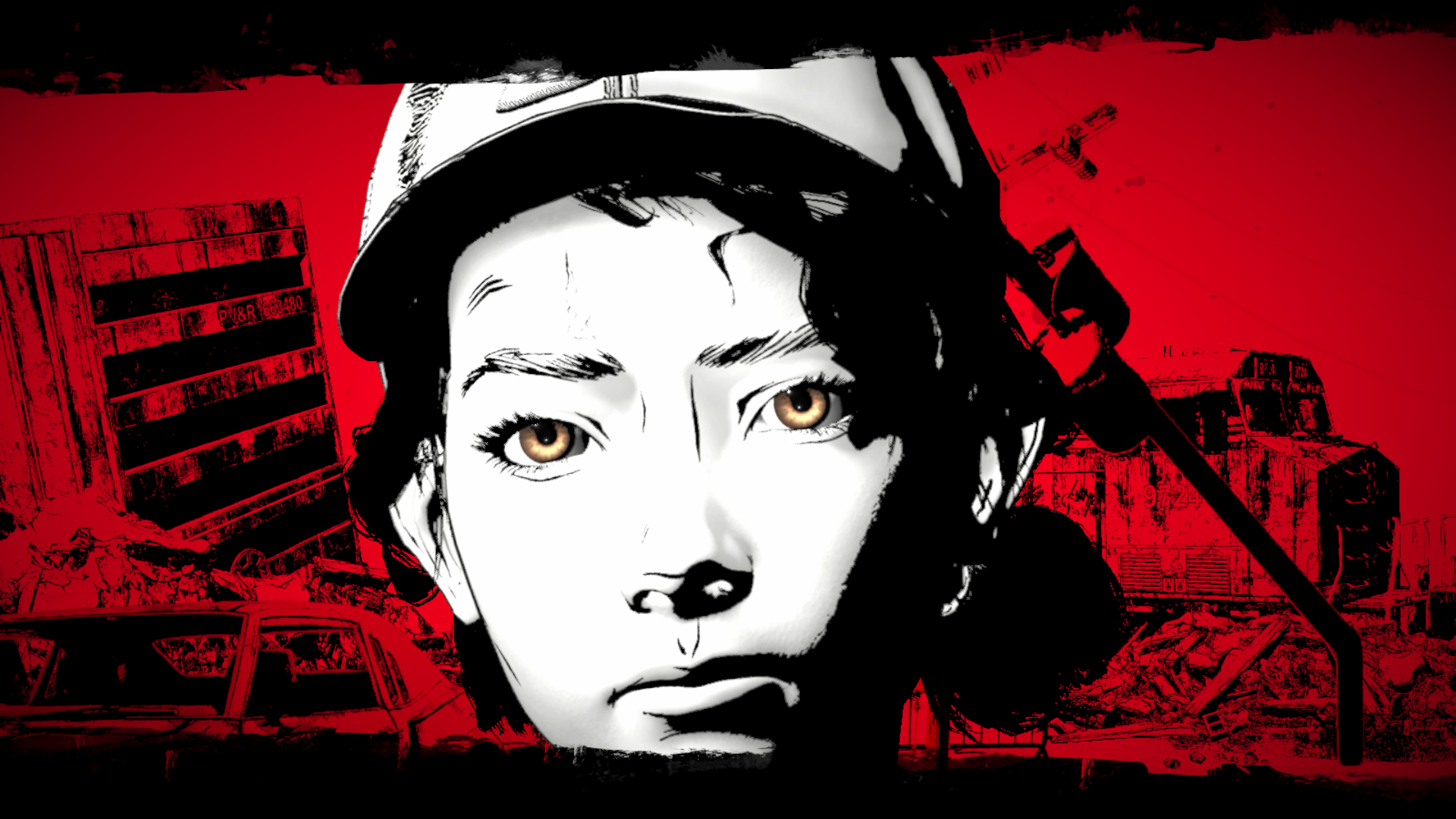 The Ties that Bind

The episode starts off strong, with an intimate scene between Clem and AJ. Episode 2 picks up immediately where Episode 1 left off, with AJ shooting Marlon in the courtyard. Clem struggles to justify the ethics behind AJ’s actions. As the player, you must take your own reactions into consideration, as AJ learns from the traits you exhibit. Besides providing some interesting dialogue mechanics, this early scene continues to strengthen the bond between Clementine and AJ. 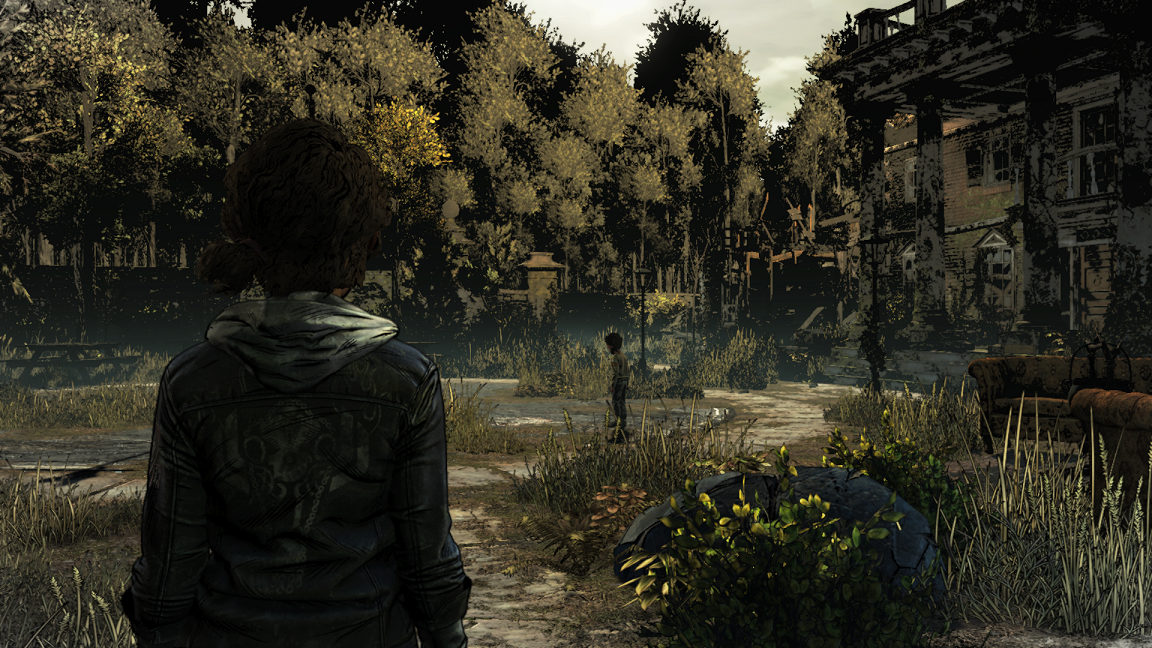 These one-on-one conversations between the duo pop up frequently in Episode 2, which is a welcome change from the first episode. The new characters get plenty of screen time as well, as Clem and AJ must suffer the consequences of AJ’s actions. This propels the episode towards it’s climax, which sees Clementine and the other kids defending the school from an attack.

When it comes to gameplay, Episode 2 is a bit more restricted than Episode 1. However, the tail end of the game is packed with free movement combat, exciting and tense fight scenes, and some heavy moral choices. There are only three collectibles to find in this episode of The Walking Dead, which leaves a bit to be desired in the area of replayability. The gameplay that is included is often fun, but the majority of the experience feels linear and more cutscene and dialogue focused than before. 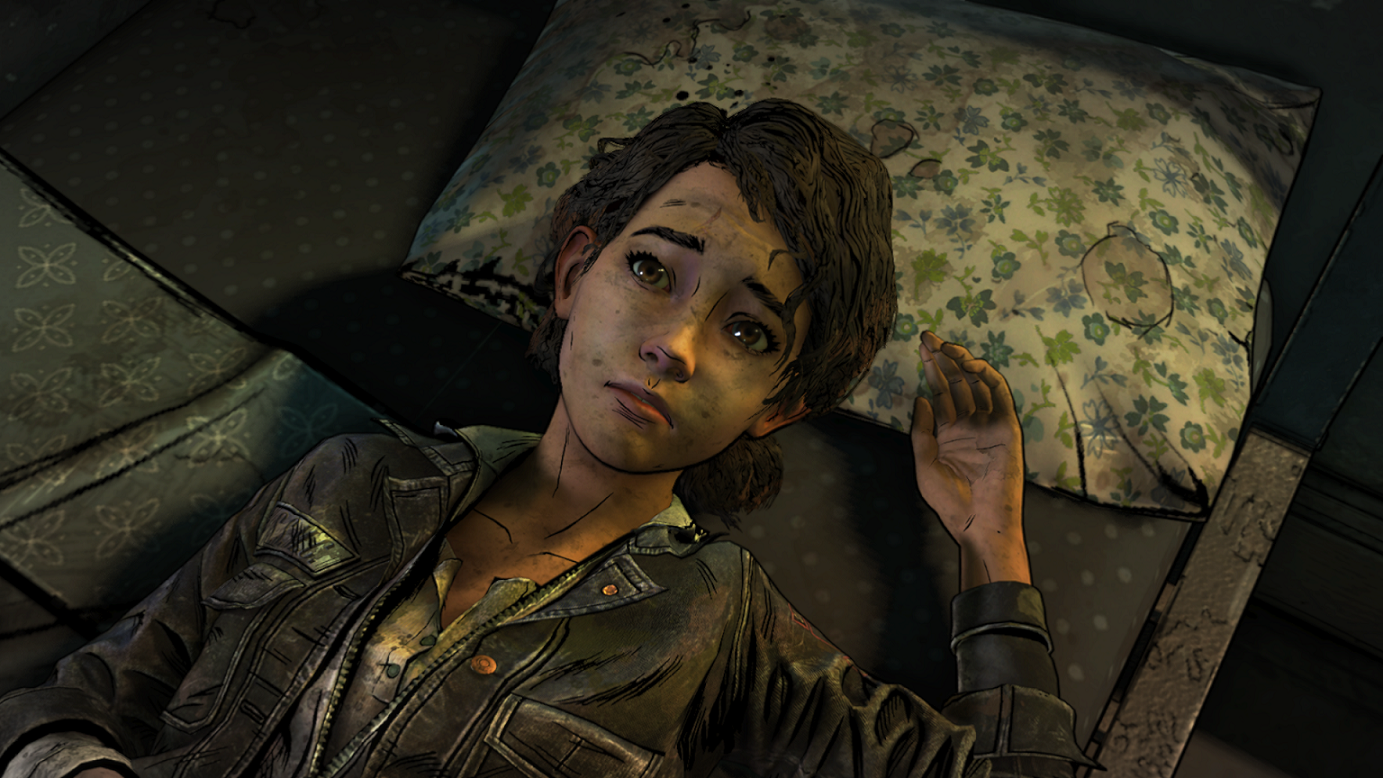 Like the previous episode, Episode 2: Suffer the Children makes good use of the new graphical engine. We are often presented with gorgeous visuals that feel directly pulled out of Robert Kirkman’s comic. The art style is infectious and unique, and used to even greater effect than before. This is especially true in a handful of dream sequences that pop up, where we get some great juxtaposition of color and tone. Graphically speaking, Episode 2: Suffer the Children is a high point for all of Telltale’s work. 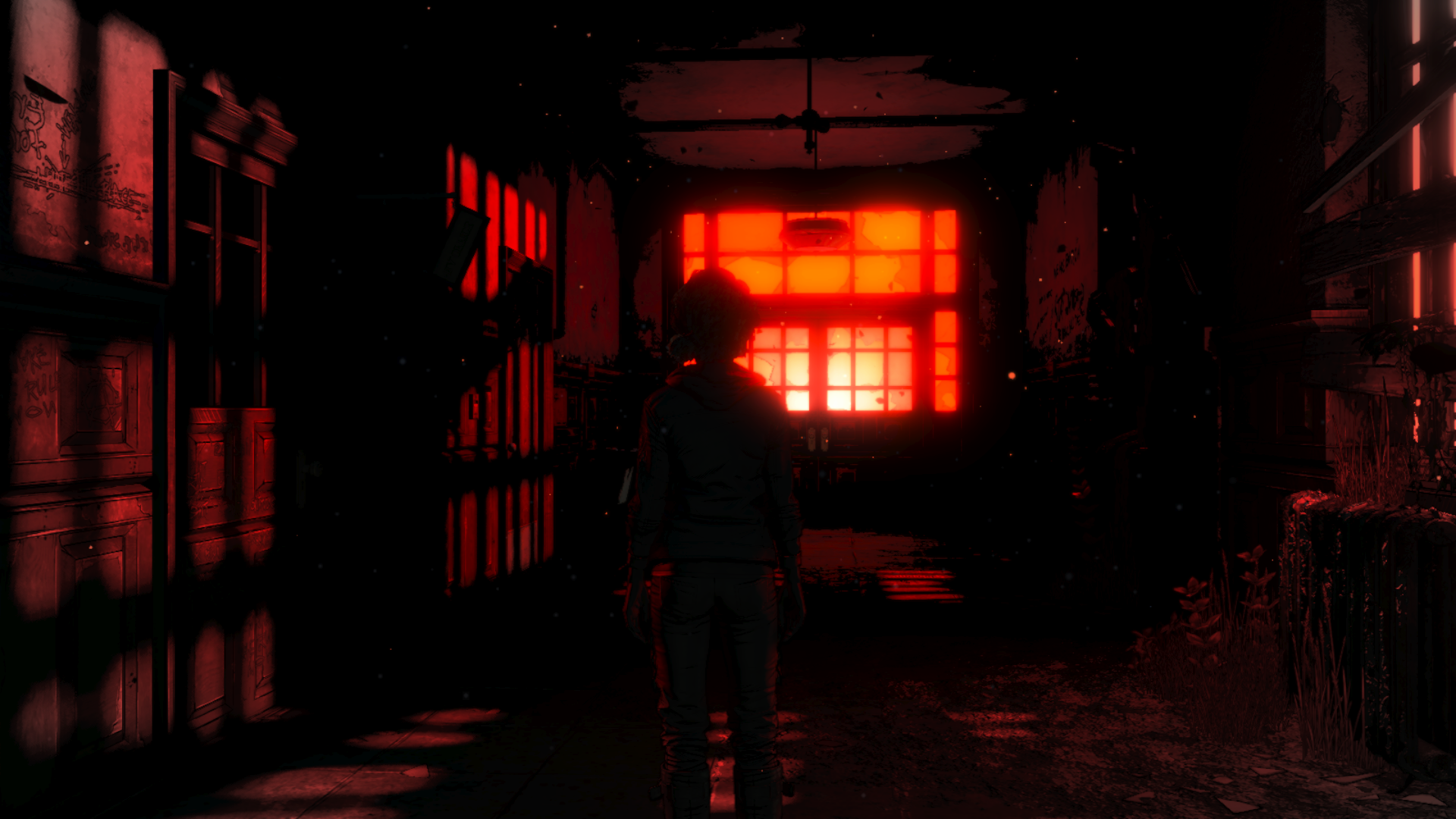 The Bottom Line on The Walking Dead: The Final Season – Episode 2: Suffer the Children

As a continuation of Episode 1, Episode 2: Suffer the Children does a great job reinforcing character bonds, fleshing out new ones, and providing an emotional kick in the narrative department. Episode 2 has a bit of everything, from drama and romance to violent action. Not all of it executed perfectly, but it’s a definite improvement on the already existing foundation.

It’s a shame that The Walking Dead: The Final Season is currently canceled, and at this point there is no closure for Clementine or AJ’s story. Since we have been following Clementine’s story since Season One, I think fans deserve some narrative wrap up. Although Episode 2 is a solid outing, it doesn’t provide nearly as much closure as I would’ve liked. It’s hard not to be disappointed with this game’s cancellation, as Episode 2 marked an obvious step up in writing and atmosphere. Hopefully, we will see the end of this story in one way or another. As it stands, The Walking Dead: The Final Season is over and done with, having only released 2 of the planned 4 episodes. It’s hard to recommend that you purchase a game with no ending, that will only benefit the few remaining staff members at Telltale. However, if you already bought the season pass and were considering uninstalling the game, I highly recommend you see Episode 2 to it’s conclusion first. It will only take you a couple hours, and if it’s the last we ever see of Clementine and AJ, it’s not the worst way to say goodbye. 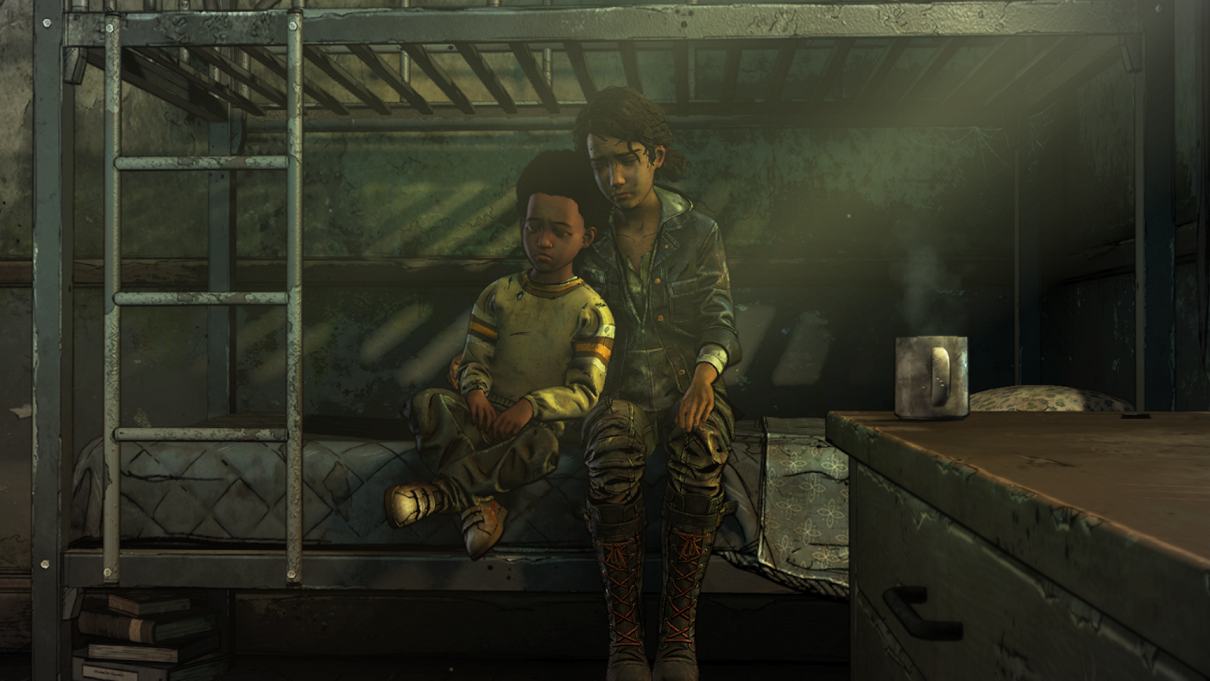