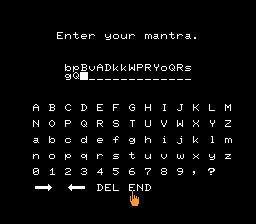 Gaming has changed throughout the years, while there are some aspects I miss from the past (less handholding) there are so many quality of life improvements that vastly improve the overall experience.

Back when cutscenes were a rare treasure to be savored, we didn’t dare push ANY button for fear of skipping the CGI reward and never seeing it again on that playthrough. Somewhere along the way a genius developer thought it would be handy to allow pausing during these cinematic moments of non-interactivity. Now we can take boiling water off the stove, put out fires, tend to crying babies, answer our loved ones, go to the bathroom etc and not miss a moment.

Controls are mostly standardized but each game can have its quirks. Having to ‘hold to skip’ a cutscene eliminates the accidental skip completely in a beautifully efficient manner. Buttons will always be accidentally pressed, but it takes dedication to hold them.

Recently, I watched my cousin play Chrono Trigger for the very first time. He made it through the festival into his first battle and died. I watched his face crumble as the Title Screen loaded up with only one option: “New Game”. Raised on modern games, poor Jordan didn’t know he was responsible for saving all progress. Better luck next time.

Auto saves can get sometimes get you into trouble if you save yourself into a bad situation but games are usually so easy it’s never a problem.

“I’d really like to stop playing BUT I’M 20 MINUTES AWAY FROM A SAVE POINT”. Save anywhere used to be the domain of PC gamers, but it trickled down to us dirty peasant scum eventually.

Hit a button, keep gaming. Cut out the immersion-breaking-time-wasting menu.

” Is that the letter ‘O’ or the number ‘0’ ” was a horrible question we often asked ourselves while inputting archaic passwords. Consoles without hard drives, memory cards, or batteries in the cartridges use password systems that would reprogram the game the way you left it. This required writing down and saving a long, irritating password. It was fun for cheat codes and that was it. 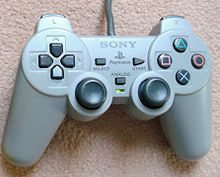 The NES had our left thumb control the direction and the right thumb control the action buttons. Before that, each console had their own contraption of arcade sticks, tracking balls, and hard to reach shenanigans. Nintendo’s SNES then standardized four face buttons and two on the shoulder. Sony’s PS1 Dual-Shock added two more shoulder buttons and two joysticks for the final iteration we still use today. Standard controls mean publishers can easily put their games on the most platforms and the system seems to work pretty darn well.

The first 3D console era was a free-for-all for how to deal with movement and cameras. Some games used triangle to jump (it IS the highest button), camera control on the shoulders, and other cumbersome techniques until the industry settled on a few intuitive standards.

Even going back to Deus Ex Human Revolution on the PS3, I have to wrap my head around sprinting with L2, aiming with R3, and crouching with L3.

Moving camera control and aim felt awkward at first (and still does for Mouse and Keyboarders) but has been the best way to do business since Halo. Sure I love a retro match of Goldeneye, but strafing with C-Buttons and stopping to aim with the same stick I use to walk is like writing with my other hand.

Primary actions on the right shoulder

When the SNES introduced shoulder buttons they were usually utilized for secondary actions. Moving the screen in Super Mario World, opening a menu etc. The face buttons did most of the grunt work for years after. But once the right joystick became essential, the primary action was moved from the face buttons to the right shoulder. This allowed simultaneous use of both! I could be ignoring a pre-NES control scheme, but I believe the N64’s Z-Trigger on the analog stick handle was the first instance of this control. Of course, the Mouse was managing camera and aim with multiple button access long before.

These are a few of my favorite evolutions. Did I miss any?