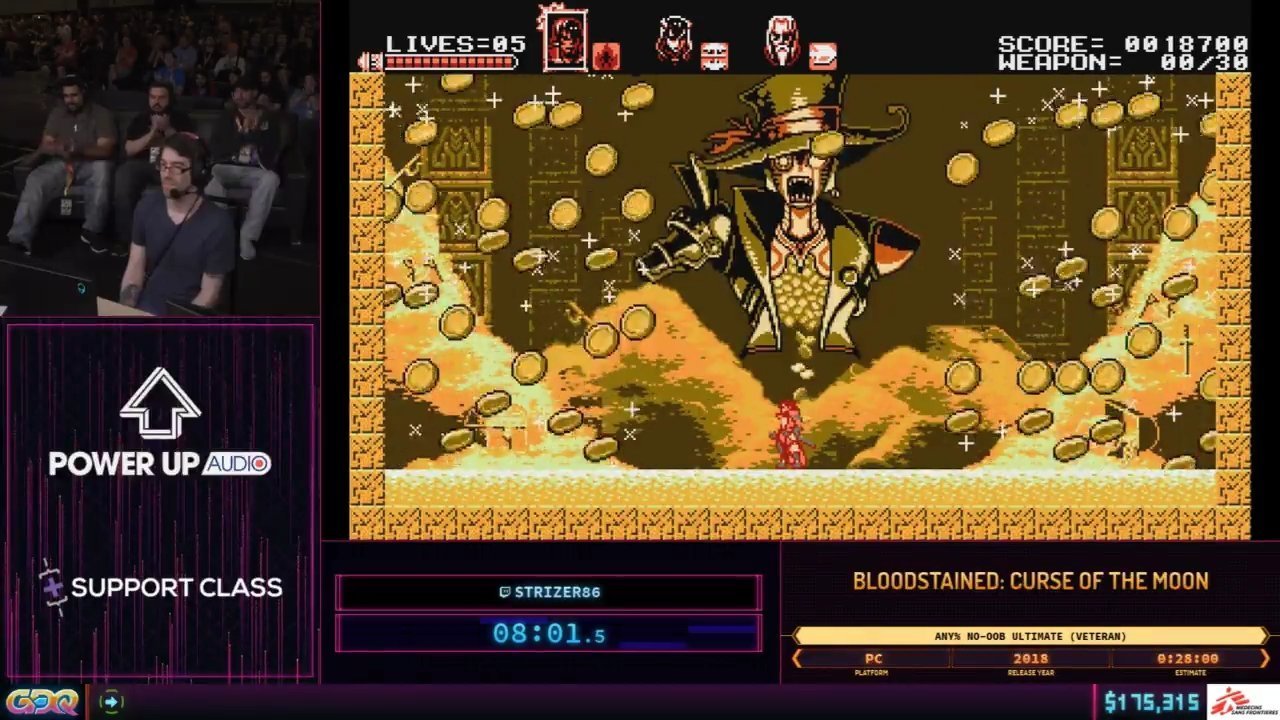 After an astounding first day, Summer Games Done Quick 2019 (or SGDQ 2019 for short) continued to deliver amazing video game action and astonishing skill during day two of the event. Day two of SGDQ 2019 was the first “full” day of speedruns, as the stream ran (and will continue to run) for 24 hours straight. There were a plethora of speedruns to watch, and with so little time, it might be hard to pick what to watch. Luckily, we’re here to deliver our picks for the best speedruns from SGDQ 2019 day two. There was a bit of everything on day two, including Metroid, Tony Hawk’s Pro Skater, a selection of Castlevania titles, and much more. If you want to watch the marathon live, you can check it out at live on Twitch until June 30th. All of the speedruns are available on Twitch VOD and will be uploaded to the GamesDoneQuick Youtube page.

If you thought for a minute that SGDQ was going to slow down on its second day, this modded Final Doom speedrun by KingDime is a perfect example of more intense speed. KingDime is simply one of the best Doom speedrunners around, with an excellent grip on the game’s mechanics and history. This run was great for two reasons: the fantastic gameplay by KingDime and the fact that it’s a fan-made set of levels. Not only is this Final Doom speedrun a display of the finest Doom gameplay, but it also highlights one of the best community Doom level packs ever made. KingDime made a few mistakes during his run, but if you’re a fan of shooters, that shouldn’t be too big of an issue. When it comes to classic shooter speedruns, Final Doom ranks among the best speedruns at SGDQ 2019.

The Tony Hawk franchise is a staple in the speedrunning community, and for good reason. You are given 2 minutes to complete a slew of tough challenges, all while flip-tricking, grabbing, and grinding your way to a high score. Although later games in the franchise expanded upon this idea, it’s still an ideal experience for a speedrun, which is why Plumato ran the “Classic Mode” in Tony Hawk’s Underground 2. This excellent skateboarding speedrun blends complex movement, insane trick combos, and some humorous commentary. The levels in Classic Mode are a great mix of stages from previous Tony Hawk games, including the iconic “School” level. Not only is Plumato an excellent Tony Hawk speedrunner, but he also knows how to put on a good show. As an added bonus, Plumato played through the run using the Shrek character model. If you don’t get a kick out of watching Shrek himself do a kick-flip, then maybe this run isn’t for you. That said, this engaging and entertaining run of Tony Hawk’s Underground 2 was a great choice for the early morning, bringing loads of laughs at 3 AM.

Alien Soldier was a nice speedrun surprise for me, having never played the game before. Runner chronoon guided us (along with a hyped up couch of commentators) through this run ‘n gun action title for the Sega Genesis. Packed to the brim with crazy boss fights, cool visuals, and explosions galore, Alien Soldier was a bright and exciting entry in the morning festivities. There are a variety of cool gameplay mechanics that are well explained throughout the run, but for the most part, this speedrun is about explosive action and ridiculous boss designs. If you’re not trying to think too hard and you still want to be impressed, check out this surprisingly neat Sega Genesis speedrun.

Castlevania (any% race) by 2snek, KomradeKontrol, and Freeland1787

Day two of SGDQ 2019 was the home of the Castlevania franchise block, and I can fully recommend almost every run that was included. However, I have to give props to this NES Castlevania race, as it was both well-executed and engaging to watch. Despite having to split your attention between three different screens, the race is incredibly easy to watch, thanks to excellent commentary that directs your attention to where the action is happening. It’s also a very quick race, providing a lot of speedrun excitement in a short burst. If you’ve been wanting to watch some SGDQ 2019 but haven’t had the time, this is a perfect speedrun to fit in on your next lunch break.

Bloodstained: Curse of the Moon (any%, no out of bounds, Ultimate Mode) by Strizer86

Originally released as a Kickstarter reward for Bloodstained: Ritual of the Night backers, this excellent 2D platformer quickly became one of 2018’s best indie games. This speedrun of Bloodstained: Curse of the Moon wasn’t the first time we’ve seen it at a GDQ event, but we did get to see the “Ultimate Mode” run, which has a vastly different route from previously seen speedruns. Awesome pixel art, an excited audience, and clear commentary make this another excellent speedrun from the Castlevania block.

If you missed Bryonato’s Titanfall 2 speedrun at GDQ Express, then you should definitely watch his SGDQ 2019 speedrun. Titanfall 2 is an incredibly first-person shooter, on-par with games like Half-Life and DOOM (2016) when it comes to player speed. Bryonato’s speedrun of Titanfall 2 is like an entrancing dance of death and destruction, resulting in a riveting and gripping watch. Utilizing the game’s excessive movement mechanics (like wall-running, double jumping, and grenade boosts), Bryonato blasted his way through the entire Titanfall 2 campaign with blazing speed. Some speedruns are entertaining due to their commentary, and some are entertaining because of just how impressive they are. This Titanfall 2 speedrun is a great combination of both of those things, and simply one of the best runs from day two.

Perfect Dark (any%) by Alkamass

This cult classic Nintendo 64 shooter snuck its way onto the SGDQ 2019 list as a bonus game, and we are glad that it did. Like Goldeneye 007, this Rare-developed shooter is a great mixture of interesting espionage mechanics and classic first person shooting. Alkamass breezed through the game’s missions, hopping out of bounds and putting immense stress on the N64 in the process. Although the frame rates got low, the speed persisted, making Perfect Dark a pleasant surprise. Some great commentary made things clear to follow and understand, so even if you’ve never played this N64 gem, you’ll be able to enjoy the speedrun.

Metroid Prime (any%) by JustinDM

Seeing a Metroid speedrun at a GDQ event is a pretty sure bet, and on day two of SGDQ 2019, we got a double dose of the franchise with the original Metroid and Metroid Prime. While both were rewarding runs in their own right, the Metroid Prime run was a great way to end day two, and an exciting display of sequence breaks and well-executed gameplay. Once again, the couch commentary was completely on point, detailing the various glitches and tricks that JustinDM was pulling off. I could’ve done without the excessive amount of Metroid puns throughout the speedrun, but beyond that, this Metroid Prime run was one of the best speedruns of SGDQ 2019.

At the end of day two at SGDQ 2019, viewers have raised over $260,000 for charity! With five more days of content left, I’m sure that number will smash the 1 million mark and beyond. You can catch SGDQ 2019 live at their Twitch page, and consider donating yourself! Be sure to check back here and on various social platforms (@official90skid) for daily recaps and live coverage! 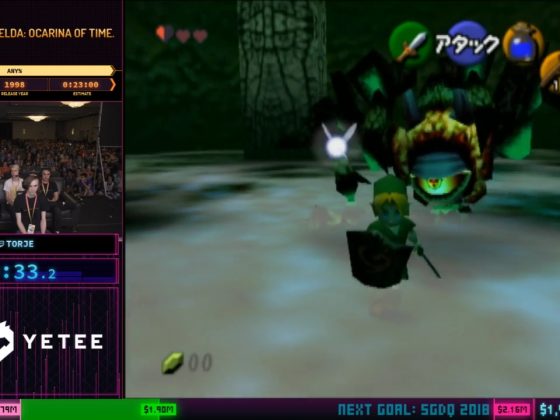 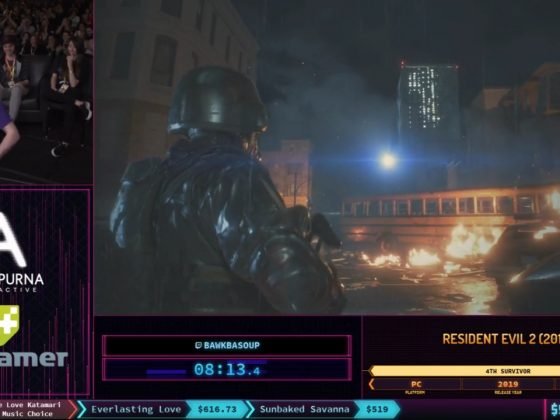 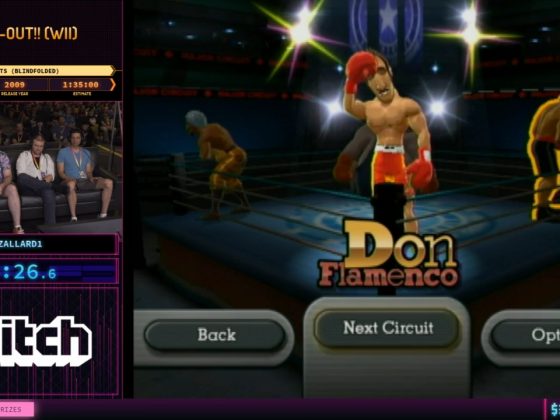