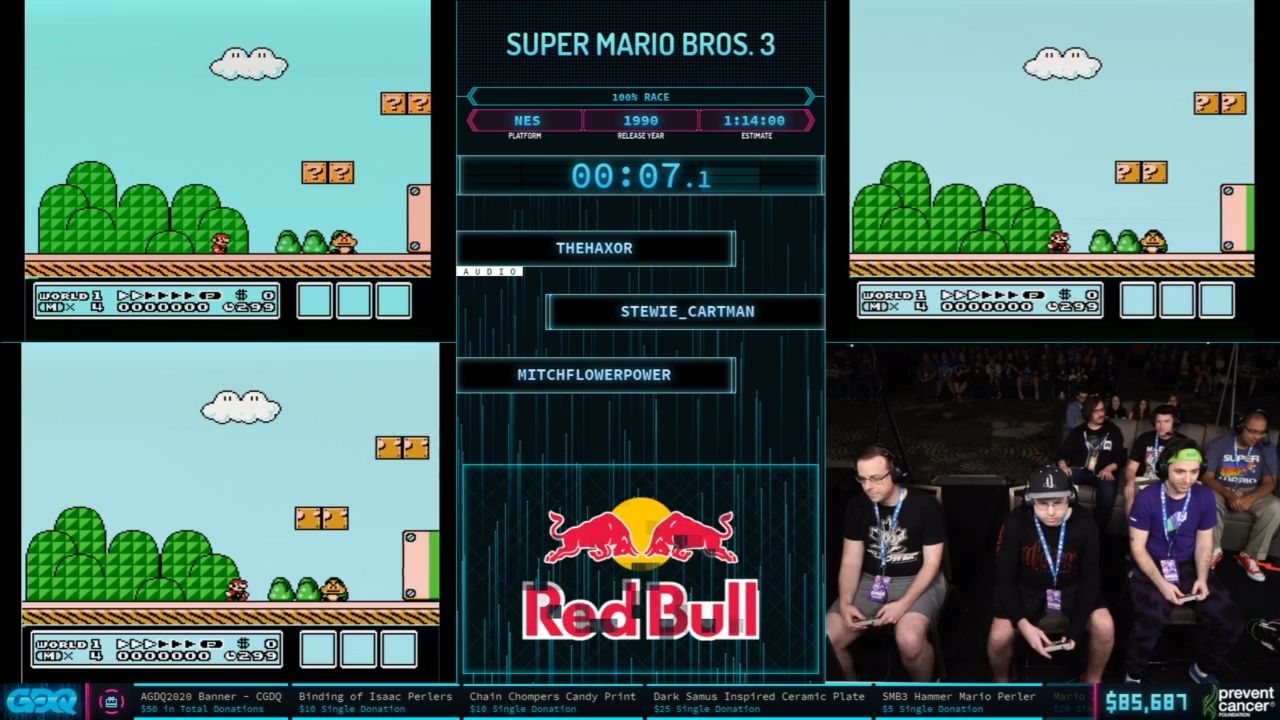 The Best Speedruns of AGDQ 2020 Day One

The first day of Awesome Games Done Quick 2020 is in the books, and what a day it was! Kicking off around midday on Sunday, June 5th, the seven-day long speedrun marathon brought plenty of gaming fun to Twitch. Day one of the marathon contained 12 hours of speedruns to enjoy, and every single run was solid and well worth watching. That said, not everyone has 12 hours to spare, so we’ve compiled a list of the best speedruns from AGDQ 2020 day one. If you want to watch any of these speedruns, you can check out the on-demand videos on GamesDoneQuick’s Twitch channel or their Youtube channel. Day one of AGDQ 2020 was packed with awesome speedruns, and these were our favorites.

The Best Speedruns of AGDQ 2020 Day One

Runner JRP2234 helped kick off AGDQ 2020 in style with this colorful and entertaining run of Metroid: Zero Mission for the GBA. This remake of the original Metroid for NES has its own quirks, which JRP2234 used to their advantage to sequence-break the game. The commentary from the couch is both informative and humorous, making this a chill run to set the vibe for day one of AGDQ 2020. I’ve always had a certain fondness for the handheld entries in the Metroid franchise, and this run further cemented that feeling.

Star Wars – Escape from Yavin 4: The Lost Maps (any%) by CovertMuffin

CovertMuffin is always an exceptionally entertaining speedrunner to watch. His general positive attitude, contagious laughter, and love for the speedrun community is always a treat. In this run, CovertMuffin showed off a mod for the game Star Wars Jedi Academy, a game that we’ve seen him run at past GDQ marathons. Apart from a few slip-ups, the run was executed with precision and skill. The game itself is a fast-paced mixture of platforming, lightsaber battles, and a hefty use of force powers. This is a great run for any fan of Star Wars or just lighthearted fun in general.

Super Mario Bros is a franchise that is perfect for speedruns. Super Mario Bros. 3 is arguably the best of the bunch, although Super Mario World fans will cry foul. Regardless of your classic Mario preference, this 100% race between three of the best Mario Bros. 3 runners was a surefire winner. This run was particularly enjoyable, as the 100% category required each runner to finish every single level. Although this means that the players couldn’t skip entire levels with warps, they were able to glitch their way through several areas and smartly use items to fly over large sections. For most of the race, TheHaxor and mitchflowerpower battled for first place, with Stewie_Cartman trailing not far behind. If anything, this run was a pure display of platforming skills from three of the best runners around.

The Legend of Zelda: Skyward Sword (any%) by gymnast86

Back at Summer Games Done Quick 2018, gymnast86 did a speedrun of Skyward Sword that took over 5 hours. This year at AGDQ 2020, he showed us a brand new route that cuts the run down to approximately 2 hours and 30 minutes. When any large time-save is made in a Zelda game, it usually indicates that crazy new glitches have been discovered. This run of Skyward Sword took that expectation to the maximum effect, with a ton of game-breaking tactics and movement. A big portion of the time-saving tech deals with altering save files, and despite being pretty confusing in theory, was made understandable in practice by the quality commentary. As a final surprise, gymnast86 even donned a blindfold for the last boss, finishing off the game with style. Gymnast86’s run of Skyward Sword was a great performance of Zelda skill and one that was filled with glitches and excitement.

At the end of day one, the donation total for AGDQ 2020 reached a staggering $120,000. All of the donations go towards the Prevent Cancer Foundation, and with such high donation numbers already, there’s a good chance the previous donation record could be beaten. It’s always great to see these marathons raise money for a good cause, and AGDQ 2020 is turning out to be another fine example of the charity of gamers around the world.

As we said at the top of the article, all of the speedruns from day one of AGDQ 2020 were worth checking out. If you need a place to start, we hope that these recommendations have given you a good place to start! Be sure to follow us on social media (@official90skid) for live updates during the marathon, and return to this site for more daily recaps!