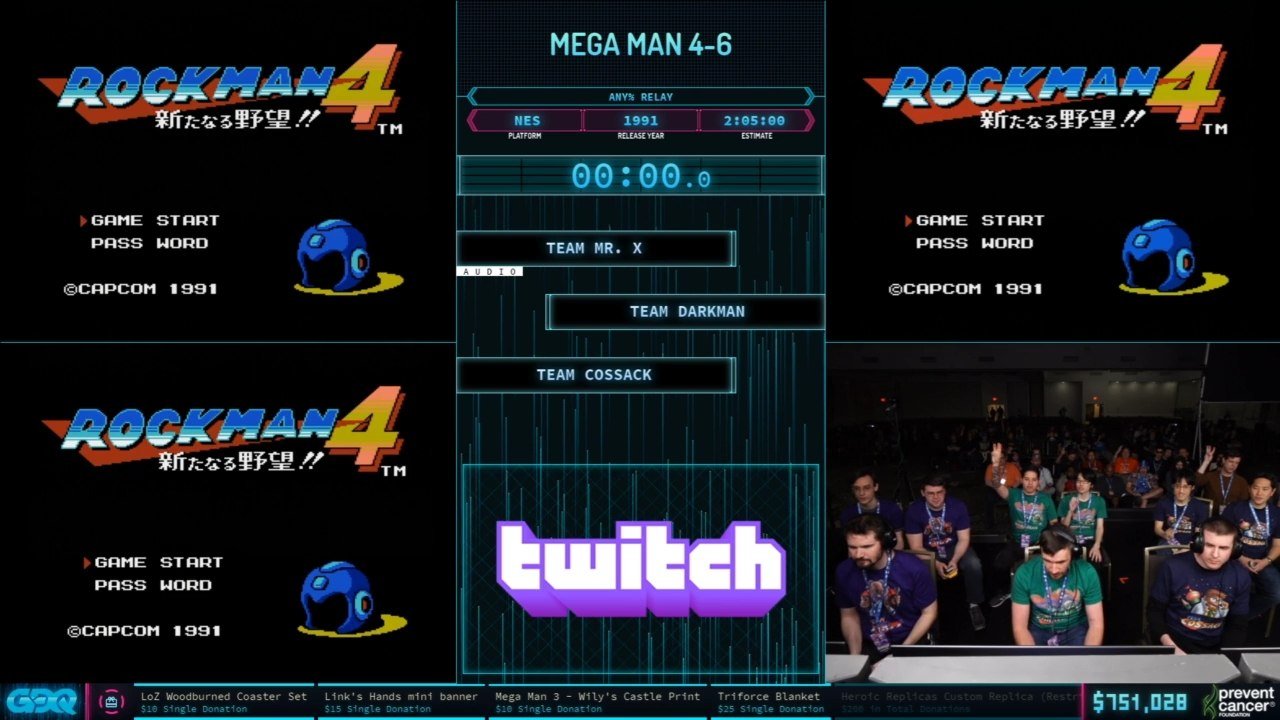 AGDQ 2020 continued with great speedruns and charitable donations in its fifth day, delivering countless hours of wholesome gaming content. Variety was the name of the game at AGDQ 2020 day five, with a slew of different titles spread across platforms and genres. We saw some classic Mega Man, some exceptionally awful games, a handful of horror titles, as well as some modern-gen greats. Regardless of what kind of genre or platform you prefer, there was a speedrun at AGDQ 2020 day five for you to watch. We’ve compiled a list of our picks for the best speedruns of AGDQ 2020 day five, so if you’re looking for a place to hop into the marathon, any of these selections should be perfect.

If you want to watch any of these speedruns, you can check out the replays at Games Done Quick’s Twitch channel or their Youtube channel. As always, keep in mind that the runs listed below are just a small selection of the speedruns on display at AGDQ 2020 day five. It’s extremely hard to watch every run, so we’re sure we’ve missed a great titles from day five. We highly recommend that viewers check out the full stream for other awesome speedruns. With that said, these are our picks for the best speedruns from AGDQ 2020 day five!

The classic Mega Man franchise is one of my favorite series on the NES, and although there were six total games, I always favored the first three. This relay race of Mega Man 4 through 6 was a great blast through the final three games in the original six, executed with masterful skill by three teams of amazing runners. As with most of the races at AGDQ 2020, this Mega Man race was packed with clench-worthy moments, crazy lead changes, and undeniable skill. If you’re a fan of the classic NES or Mega Man in general, this is a must-watch speedrun.

There’s a tradition at AGDQ called “Awful Games Done Quick”, which is pretty self-explanatory. Despite the poor quality of these games, runners have dedicated dozens of hours into mastering and completing them in expert times. In addition to the bonus Animorphs run by Keizaron, there were over 10 different awful titles to watch, each of them worthwhile in their own right. As always, the Awful Games Done Quick block provided a plethora of laughs and giggles as it played out over the early hours of day five. While we fully recommend that you check out every run in the Awful Games Done Quick block, there were a few games were thought were exceptionally wacky.

If you don’t know where to start, check out the Wild Animal Sports relay race. That should get you into the mood for more awful-block games.

The speedrunner halfcoordinated often finds himself on our list with every successive GDQ marathon, mostly due to his immense skill and generally charming attitude. As always, halfcoordinated delivered an awesome one-handed run of his latest speedrunning endeavor, which happened to be Earth Defense Force 5. For those who are unfamiliar with the franchise, Earth Defense Force is all about zooming around cities in mech while blasting massive aliens and bugs. It’s an experience that’s arcade-like, full of explosions, and hectic as all hell. Watching halfcoordinated best Earth Defense Force 5‘s first DLC mission pack in under an hour was amazing, and it’s simply one of the best runs of AGDQ 2020 day five.

Fatal Frame (Any%, Normal) by MaxyLobes

The horror genre is severely underrepresented at most Games Done Quick marathons, so we always appreciate it when a horror game pops up in the schedule. We were especially happy to see MaxyLobes running Fatal Frame, as this is the first time the game has appeared in a GDQ marathon. It’s a creepy game all about exploring a spooky mansion and taking pictures of ghosts, which is exactly our cup of tea. The entertaining commentary and skillful gameplay from MaxyLobes made this one of our favorite runs of the day.

I finished Devil May Cry 5 for the first time just this week, so watching this speedrun of the Human difficulty by DECosmic was especially humbling. A game that took me roughly 12 hours was zipped through in around an hour and a half, all with graceful hit-combos and flashy attacks. The very nature of Devil May Cry 5 encourages the player to pull off ridiculous combos, and DECosmic used that to his advantage to flatten bosses and speed through mobs of enemies. In a game all about slaying demons, DECosmic proved to be the biggest threat, easily besting the hellspawn with stylish speed. Devil May Cry 5 was one of our favorite action games of 2019, so we’re happy to also have it on our list of the best speedruns from AGDQ 2020 day five.

By the end of day five, AGDQ 2020 finally cleared the $1 million donation mark. Once again, the Games Done Quick events have proven to be a powerhouse of goodwill, with all proceeds going to the Prevent Cancer Foundation. With the weekend right around the corner, I’m sure that donation total has the potential to double or triple. The previous donation total record came during Summer Games Done Quick 2019, with a record of $3 million raised. It’ll be appropriately awesome if AGDQ 2020 can top that number.

Those were our picks for the best speedruns of AGDQ 2020 day five. We weren’t able to watch as many speedruns as we wanted, but we were fully impressed with every run we saw. There are still two days of speedruns left, so be sure to keep tuning in for the final days of the marathon. If you’re watching along at home, be sure to follow us on social media (@official90skid) for live updates and more daily recaps!